Philippe Petit  (born 23 November 1954 in Marmande) is a guitarist & composer, currently teaching jazz guitar at the Conservatory of Nice (since 2004).

He begun with trumpet in Bordeaux and shortly after studied guitar with Mr. Martin and Pierre Cullaz. By 1972, he played in dance bands and served his apprenticeship in jazz clubs Bordeaux with François Faure, Francis Bourrec, Philippe Laccarrière, Philippe Valentine. At the same time, he also worked with the classical saxophonist Jean-Marie Londeix.

In 1985 he was commissioned an Orchestral work jazz quartet and orchestra by the Sigma Festival in Bordeaux, entitled «Sigmanialogie 21» premiered at the Palais des Sports Bordeaux.

In 2008 he made his come back on the french scene in a duet with Stéphane Kerecki (Double-Bass), followed since by a trio featuring Sangoma Everett & Ruth Lévy-Benseft (with guest appearance by Philip Catherine).

What was the first solo you learned from a record and can you still play it?

Again, it's far! Maybe a solo by Kenny Burrell on « Satin Doll », played in trio with Jimmy Smith and Grady Tate (« The Incredible Jimmy Smith », Verve) - Grant Green's solo on « Nobody Knows the Trouble I've seen », or « Joshua Fit the Battle of Jericho » from the album « Feelin' the Spirit » with Herbie Hancock (Blue Note) - But it could well be a René Thomas solo on « Lover Man », « All the Things you Are », or « The Continental » , taken from a 10'' on Barclay... or « These Foolish Things » by Tal Farlow (in « The Interpretations of Tal Farlow », Verve). A Solos of Wes Montgomery on « Monterey Blues »where he plays with his brothers!... or particularly phrases from Miles and Milt Jackson on « Bags Groove » (Prestige). On the original LP there were two takes of the same song, one on each side, it lasted longer and really swung hard with Thelonious Monk , Percy Heath and Kenny Clarke on rhythm section! I could play along the album, had time to settle down, raise sentences, dig into the feeling, feel their placement ( literally for me an Aebersold play along record before they ever existed). I started music with the trumpet and its certain that I kept from it an approach way close to the one of a horn player or singer. I do not like the guitar for the guitar, its just a vehicle for me, only a tool... Although I never forgot the very first emotion I got from the sound of my father's guitar (an old Gypsy jazz guitar, Selmer-type). As a child, when I «scratched» the strings, I could feel the vibrations against my body, it was a powerful sound and feeling. I was diving into sounds and noises... and with tortoise-shell picks, I was able to just throw sounds for sounds, a sort of trance! For The Guitar my Trilogy is: Django Reinhardt, Wes Montgomery and Jim Hall. My desert island album is“Django and Rhythms”, eight pieces recorded by Django in Paris in 1953 (right before he died), for Eddie Barclay - in its brand new studios. Those pieces were commissioned by Norman Granz who just had contracted Django for a future JATP tour (an EP released on Norgran in the U.S., then by Blue Star in France ). Could I play so far today again? Surely the beginning of their improvisations, Grant, Kenny and Wes, Tal, René (Thomas)... But after? Regarding Miles and Clifford, Satchmo and Chet... a Perfume remains in my music! Perhaps a certain way to Blow phrases?

But in fact, what I like is MUSIC: JAZZ, Jazz Music, the same way as Classical, Contemporary. I like emotion in music, it can be a Song, or Free, Blues, Folk... any music. The sound and whistles of the wind in the trees...

I cannot see it that way. I have in fact very little recorded overall and each of my albums are an important step in my career (the acoustic inclination fully assumed). I love them all and each for very different reasons. One can only note the importance of duets, dialogue often preferred, as in my recording Meetings with Tal Farlow (Standard Recital), Miroslav Vitous (Impressions Of Paris), Barney Wilen (Flashback), Patrice Meyer (Racines Croisées), Georges Locatelli (Façon Vieux Paris) or with Michel Graillier on «My Little Flea» (on the album Écoute). Also on a remained unpublished Album recorded with the legendary pianist of Bird (on the Aladin Sessions), Joe Albany (Musica Records), where the entire program was dedicated to Charlie Parker!... Duets in concert also with Philip Catherine, Gus Nemeth, Jean-François Jenny-Clark, Alby Cullaz, Jacques Vidal, Dominique Lemerle, Christian Escoudé, Alain Jean-Marie, Riccardo Del Fra, Paul Imm, Elios Ferré, Jimmy Gourley... I'm actually more someone of «Petite Forme» or «Little Beauty», rather than the man of Great Armadas! (Laughs!) Anyway, I think it is not perhaps too good to save too much and record a lot. This is a serious act. I think it should be done wisely, do not abuse it! Know how to choose the moment. Learn to Know yourself and feel your own cycles flowing through, the ones that rules and accompany our history, life in general.

For both: be in good physical shape, have clear ideas, be well prepared and surrounded, and especially to be able to develop your own concepts, your own "little music"! Able to lay your own trademarks somehow- Your Difference and Singularity! Exchange and communicate with others: musicians, public, place... There is a kind of communion between you and yourself in the musical act, the act of thinking, improvise... one being its own mine and source! We dig, dig. But playing first for ourselves! If this works, after its much better for what's in front: hearing, microphone, weasel, plant, landscape...


Good gig: one where it seems to be Free (slightly, at least!). There is space and everything seems possible. Where you think and don't think about it.... A bad gig: one where you're stuck in yourself, left without resources, when nothing happens! Bullets passes and!?... NOTHIN'!

Good guitars lets you easily express yourself. It makes you happy. Free. Inspired. It gives wings! Everything goes... A Bad guitar: you do not talk about – you throw, break, hide, lose and forget about it... you just get rid of it, unless you want to do yourself bad (or are a masochist)! But beware, about tastes and colors!? A bad guitar for you, can be good to a friend. I was fortunately blessed and played very good guitars made by luthiers of exception: Favino's Father, Joseph DI MAURO, my friends Roger and André JACOBACCI, Jimmy D'Aquisto.... today Franck Cheval! But also had a lot of joy playing Gibson guitar from their great times (between 1936 and 1964): ES-150, ES-175, ES-330, ES-335, Tal Farlow, L5, L7, Super400... to Play such instruments such shapes your taste, make you progress. Each has accompanied me for a moment in my life! Do you play electric and acoustic? Do you approach the two differently?

Yes, certainly. When you love the acoustic sound, proximity, quality, immediate response in the space, one tries to find it with an amp too. But there it's something else, electrical transmission in the air is not the same, it needs to be thought of, worked out (translated). Playing at lower volumes solves a lot of problems I guess. But the two approaches are inspiring to me and they give me a very different pleasure, which does not displease me.


On Acoustic of course, without any relay or filters. But I love the magical feel on electric too, when you seems to fly with the guitar, and no needs to play hard. Anyway, when you have the chance to have a sound in the fingers, talking with the instrument, that's the secret. And there's none else secrets for a guitarist. You have a sound in the fingers or you don't. If you are right handed, everything goes through the Left Hand which defines and specifies the sound that is your own voice on the instrument, that's what shapes a touch, raises nuances and expression, the feelings handed, emotion provided... the touch, sustain, vibrato, the quality of the notes played... sculpts the Sound which is equivalent to our Voice on the guitar!

According to the Right Hand, you can still attack with a pick, fingers, thumb... with your teeth, nose, feet, elbow, or a bow. But if the left hand is not good, its death. The best musician, on guitar, even with the most beautiful phrases in the world, intelligent and well-built one, having an average sound (when not bad), won't pass the wall, will not succeed but fail. Its a Whole Deal to be correctly positioned on the instrument, with natural flexibility, without forcing and according to your morphology. A matter of attitude too, body placement, and above all : Breathing. For those who do not have this identity in sound, immediately recognizable, this singularity, it is in my opinion difficult to last, to make and sustain a career.


But whether electric or acoustic guitar, there is this intimacy with the instrument, this magical vibration, «Spirit», a kind of Puff!... The pure pleasure of kneading (knitting) sound material, mixing the rope, grind the note, sculpt, raise and give life to sounds that carries and transports us!

Do you sound like yourself on other peopleís guitars, in other instruments?


No, it's terrible! For being myself, I really need my instrument (maybe I play more than others on the sound, with my own sound?...). Anyway, if I have to play on a different guitar, and really need to play its a disaster! I feel I no longer know how to play. I lose most of my tactile marks, cannot get fully involved in the music. That's also why I don't like jamming (you rarely sound good in such contexts, on a friend's guitar, an amp you just discovered). And on top of that I play harder than average gauges of strings so it's really hell if I can't have my own guitar settings! 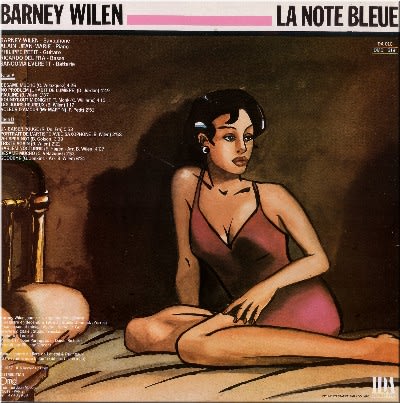 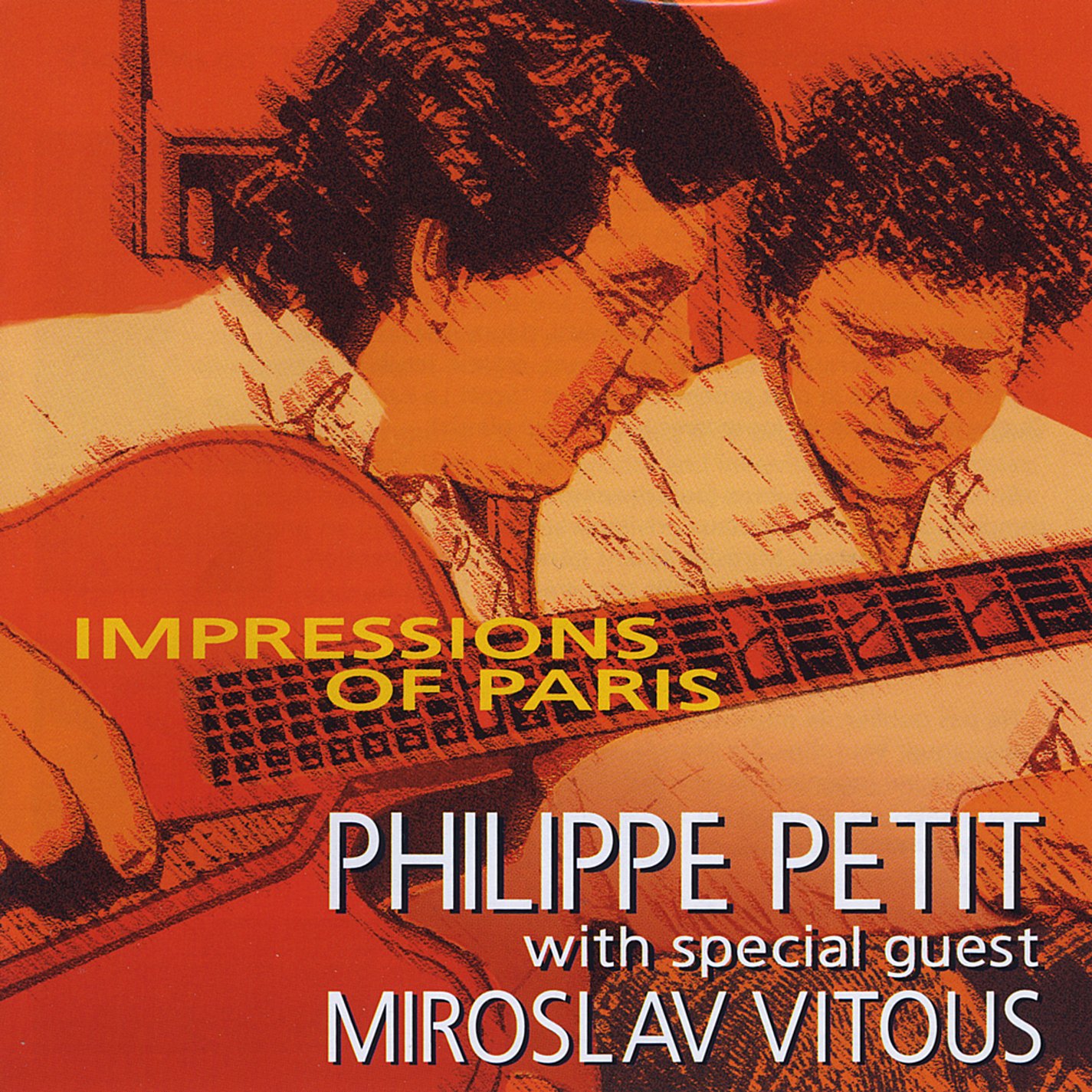