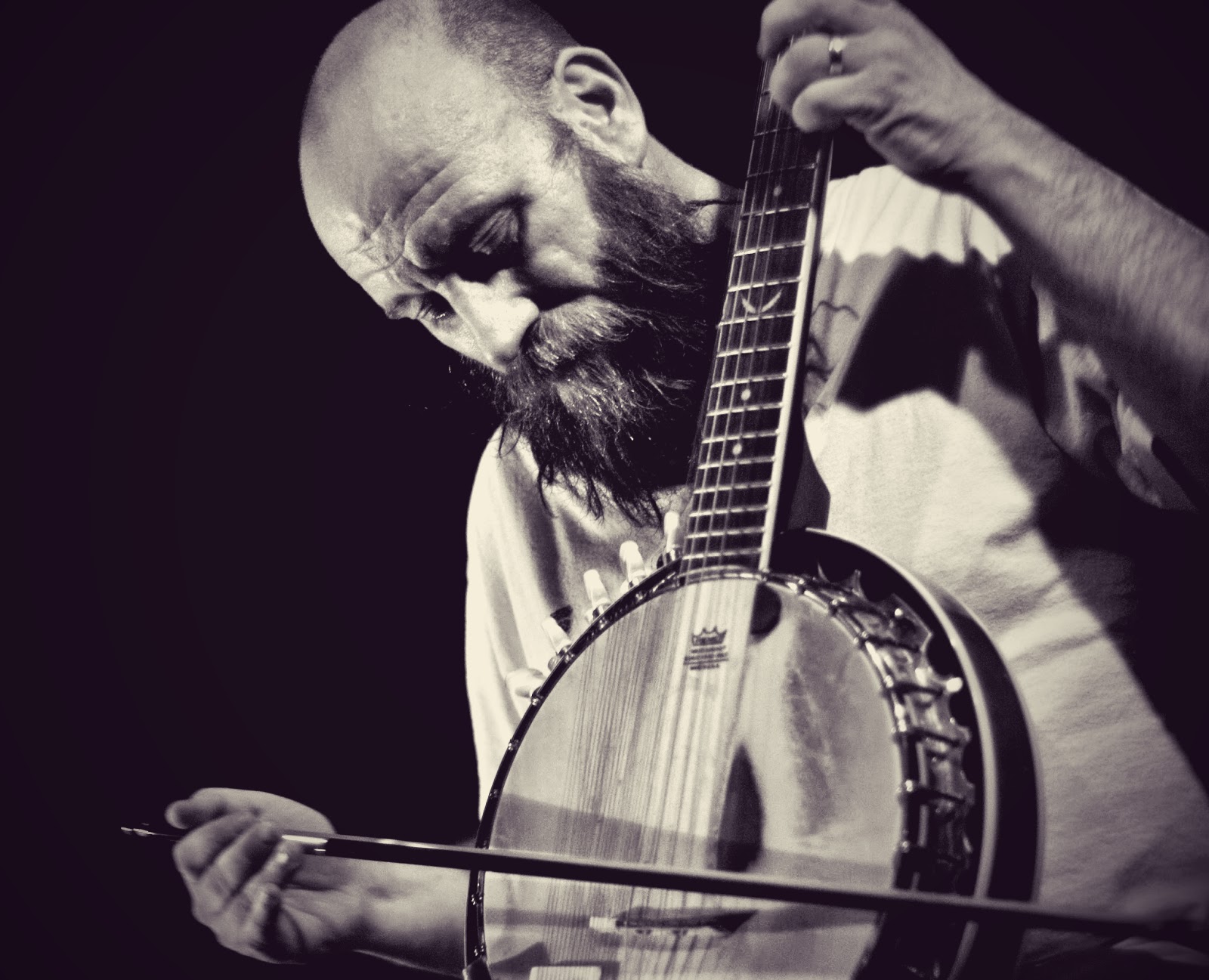 Although Paul Metzger was originally lured to stringed instruments by the playing of Django Reinhardt and Duck Baker, he soon discovered Hindustani classical music and was swamped by the sound. Nikhil Banerjee’s sitar and Ram Narayan’s sarangi were particular favourites, and he tried to adapt the guitar and banjo to create music with a distinctly nonWestern edge. He explains, “It was the pure sound of the banjo that got me into it. I had been playing guitar for a while when I came across a cheap, shitty banjo at a pawn shop. I played it a bit and fell in love with the sound and bought it. The banjo has such a sharp, unforgiving attack with zero sustain. That’s a real good place to start with a sound for me. Most banjo players I’ve heard seem to keep the sound right where it is to begin with, and then stick to the material that goes with that. I’m much more into getting things out of the banjo that expand its vocabulary. I play banjo in spite of its baggage and associations.” 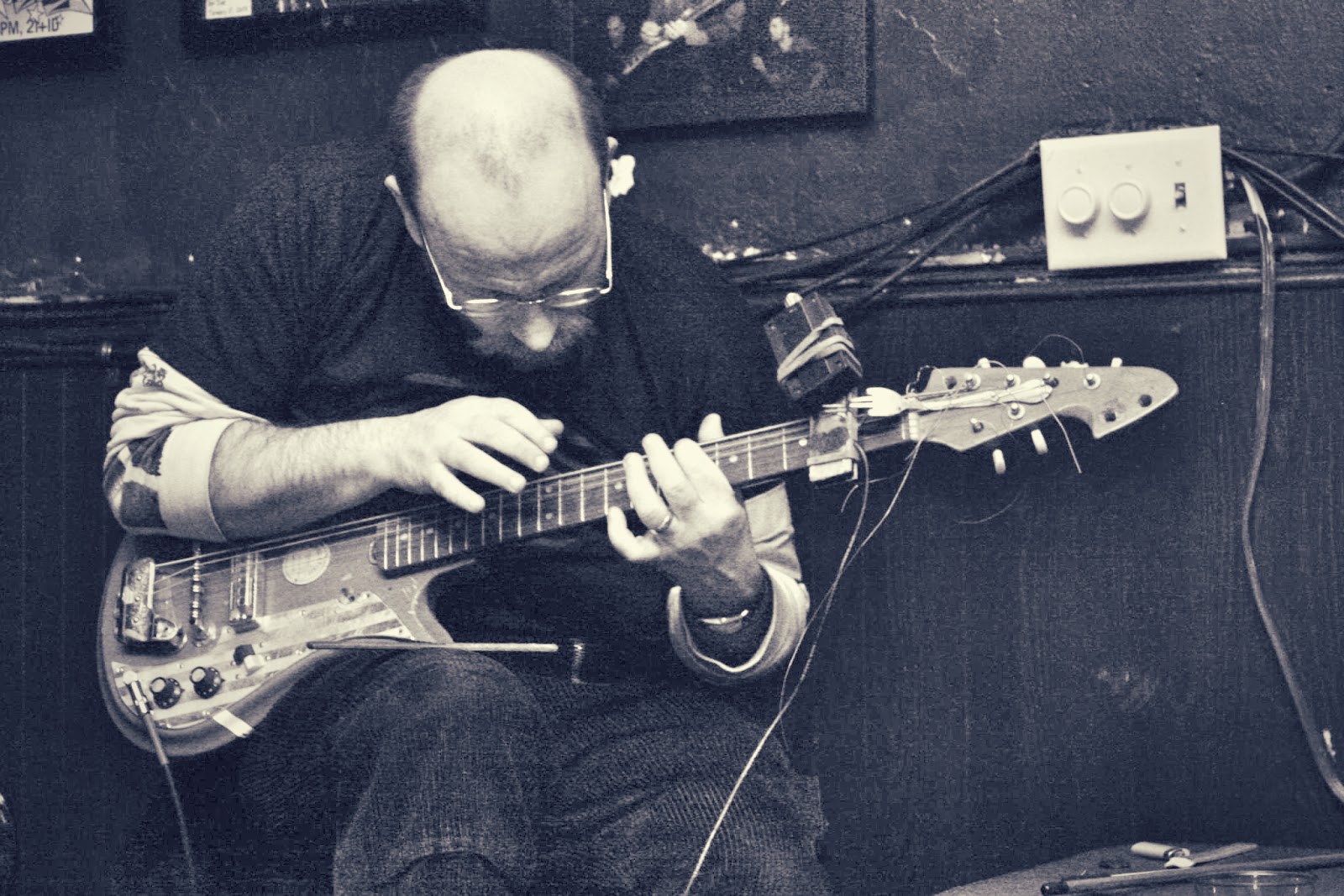 He experimented by himself with acoustic instruments throughout the 70s, playing electric guitar with rock groups on the side. In 1979, he formed TVBC with Marshall Metzger and Pat Dzieweczynski as a very loud, mostly instrumental trio, and began working more overt Eastern motifs into his electric tunes as well. TVBC were very cool, if not wildly popular. The trio still play every once in a while. Asked if he considers them an ongoing project, Metzger says, “I think of it as a cancer that’s in remission. Once in a while it comes back and we just need to treat it aggressively with radiation and chemicals. I adore plugging in the electric guitar with all that power. I still play electric with a couple of heavily bewildered lads here at home and I love it like crazy.” 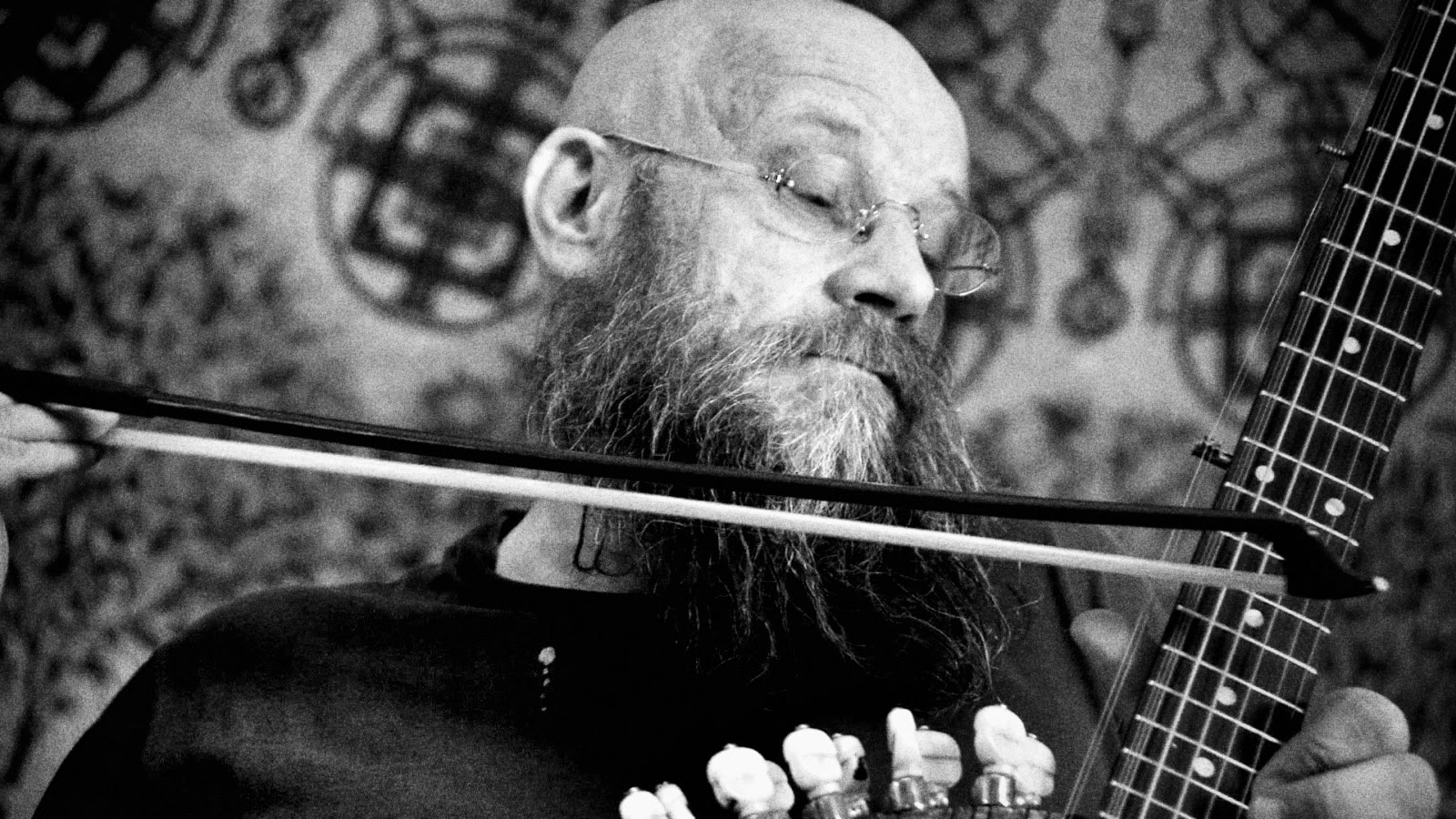 In 1979, Paul Metzger drilled a few innocent holes into a Yamaha acoustic guitar. A self taught musician with 5 years of playing behind him, Metzger was growing tired of the conventions of the instrument. This lobotomy was the first of many surgeries that would follow in years to come. Strings were added, subtracted, added again; the frets of the neck were disemboweled and retrofitted with a sarod like metal fingerboard plate; paint was splattered over it, a rejigged music box was affixed to the guitar's belly, a crash cymbal mounted to its bottom. On the face of it, the instrument took on the look of a piece of tramp art. 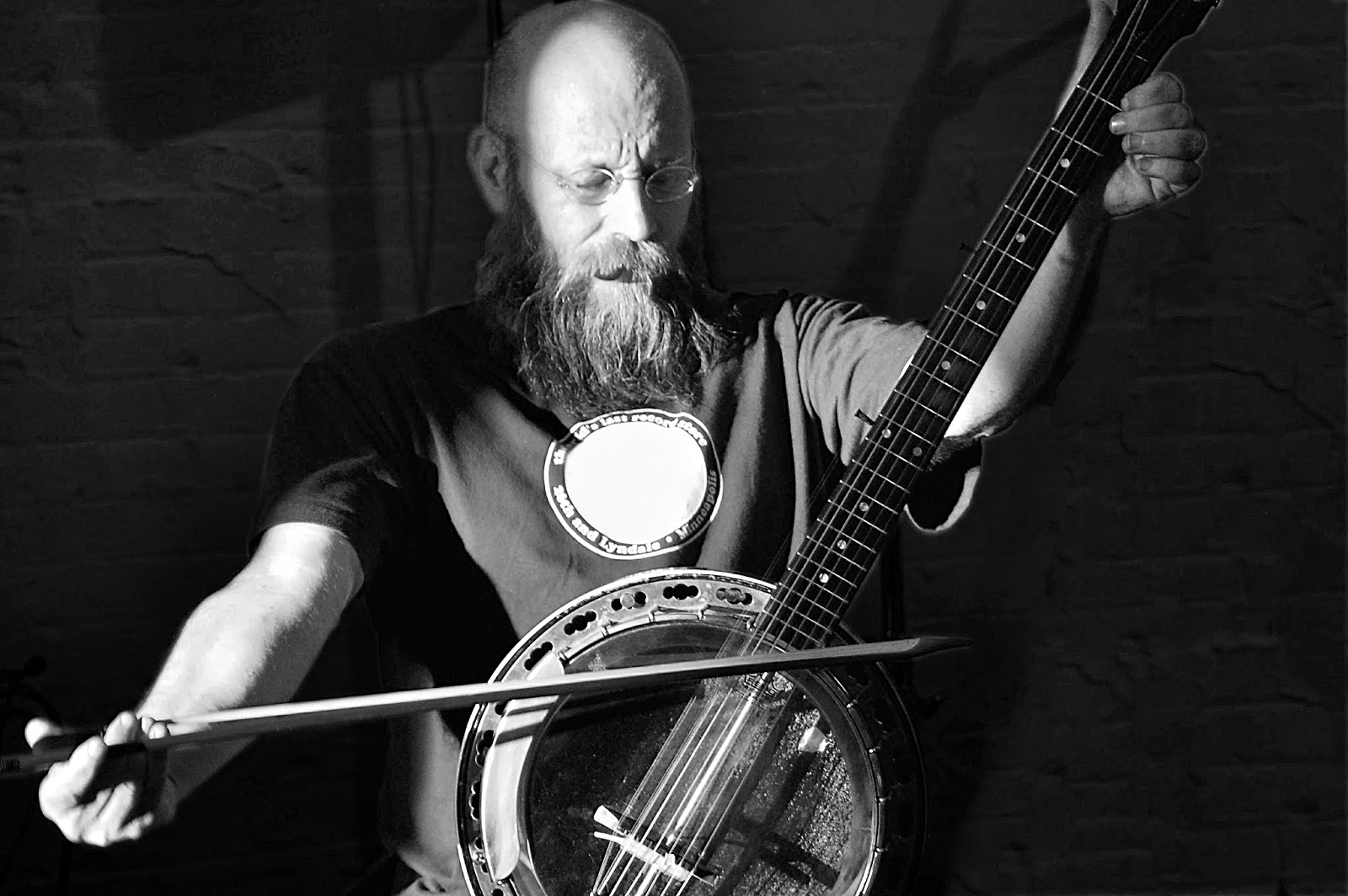 Thirty years on, Metzger plays the same guitar in rotation with a heavily modified 23 string banjo in a tireless - often isolated - search for a musical style of his own which he finally took public for the first time in 2002. His sonic vocabulary ranges from deeply satisfying & impulsive outer cosmos ragadelia to clangorous, rapidly punctuated percussive workouts. Metzger has been described as a virtuoso and a visionary whose live performances are vital, deeply visceral and simply breathtaking. 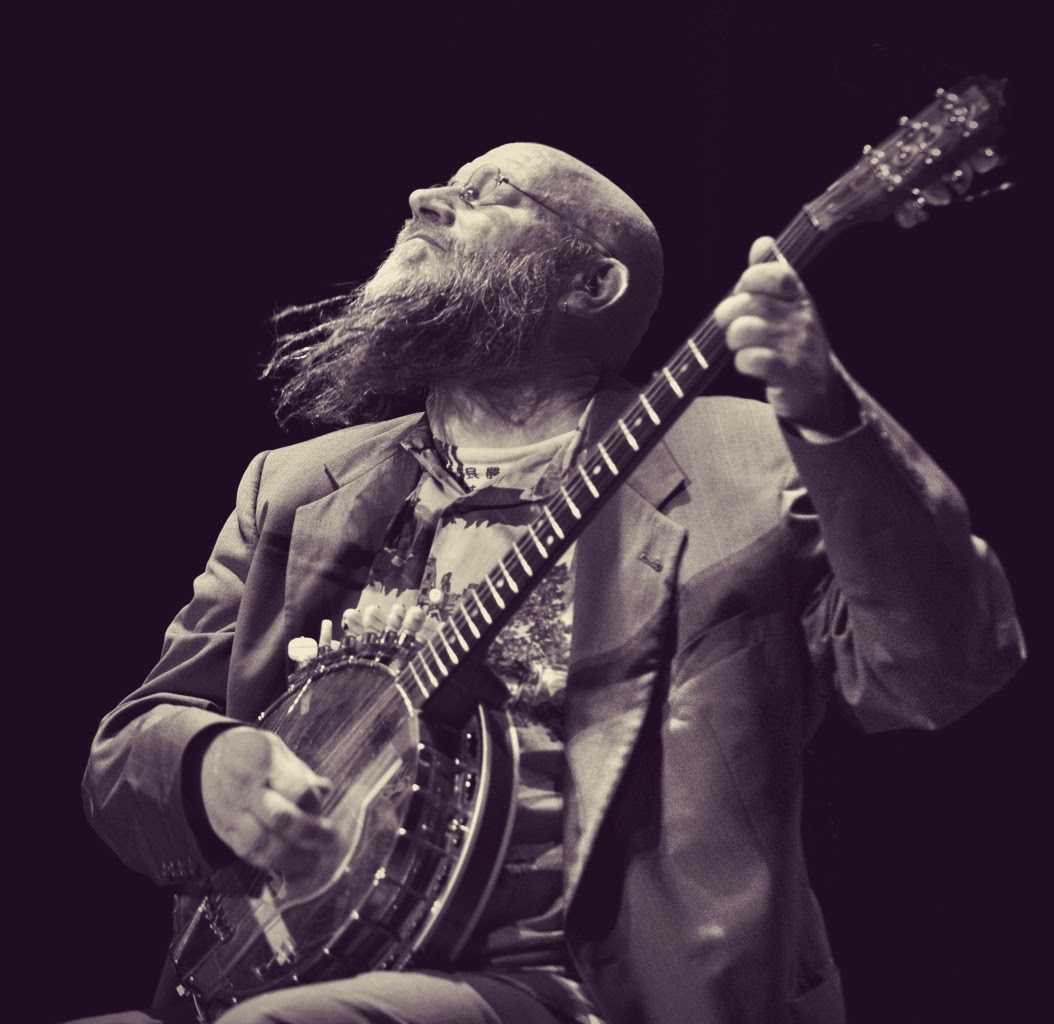 My first record I bought was Duck Baker "Something for Everyone in America" after I saw him live. It came with a tablature book. I played that record so much that I had to buy a second one.

Last was a 50s Webb Pierce 10" with all his wicked hits -- I picked it up at an estate sale. I really love this guy.

A crucial thing for my recordings is that they contain some small phrase that surprises me. Something that I feel I'm not able to play by trying. It is essential to my work that this happens both live and in recording.

Well, it is just a theory. Great things can happen with or without its use. It doesn't offer me much these days.

I have developed my own set of rules and guidelines for my playing that functions as a form of music theory. It is most akin to Hindustani music. Rules for which note follows which at what time and in what register, ascending or descending.

Soul. The one thing that can't be taught. The thing that is not for sale. I love hearing the essential whatness of a player come through their instrument. It has less to do with what you know and everything to do with who you are.

They're all good. There is a musical instrument museum here in Minnesota that made a sculpture/display of instruments from their collection that were deemed bad by a group of curators. They screwed them all together in a mass on the wall. I thought it was disgusting and sad and told the director so. Any one of those bad instruments could save someone's life.

I'm always after the most honest sound I can get. I don't use pedals or effects. I need to hear something real and true. My next recording is a direct to lacquer project that is just me and two microphones that are connected to the record cutter. Very simple and old fashioned.

I don't know about collaborate. I'm a pretty shy person.  But the chance to see Django play is what I think of when you ask. But collaborate with him? No.

I remember totally immersing in the guitar as a puzzle. I loved that it was just strings pulled over wood. The same note can be played in several places on the neck but each with a different color. I would draw out the fingerboard and figure out where notes were and how to move. I think it's called OCD.

I'm very connected to painting/drawing/printmaking. My eventual degree (after 20 years of on and off involvement in university with several lines of interest)is a BFA in painting.

Sufi poets like Kabir and Rumi write so beautifully about intention and the path to truth. Much of their writing about moving towards something translates to insights about what I am doing with music.

Melville's Moby Dick taught me about the function of obsession in creating art in his sections about whale research. 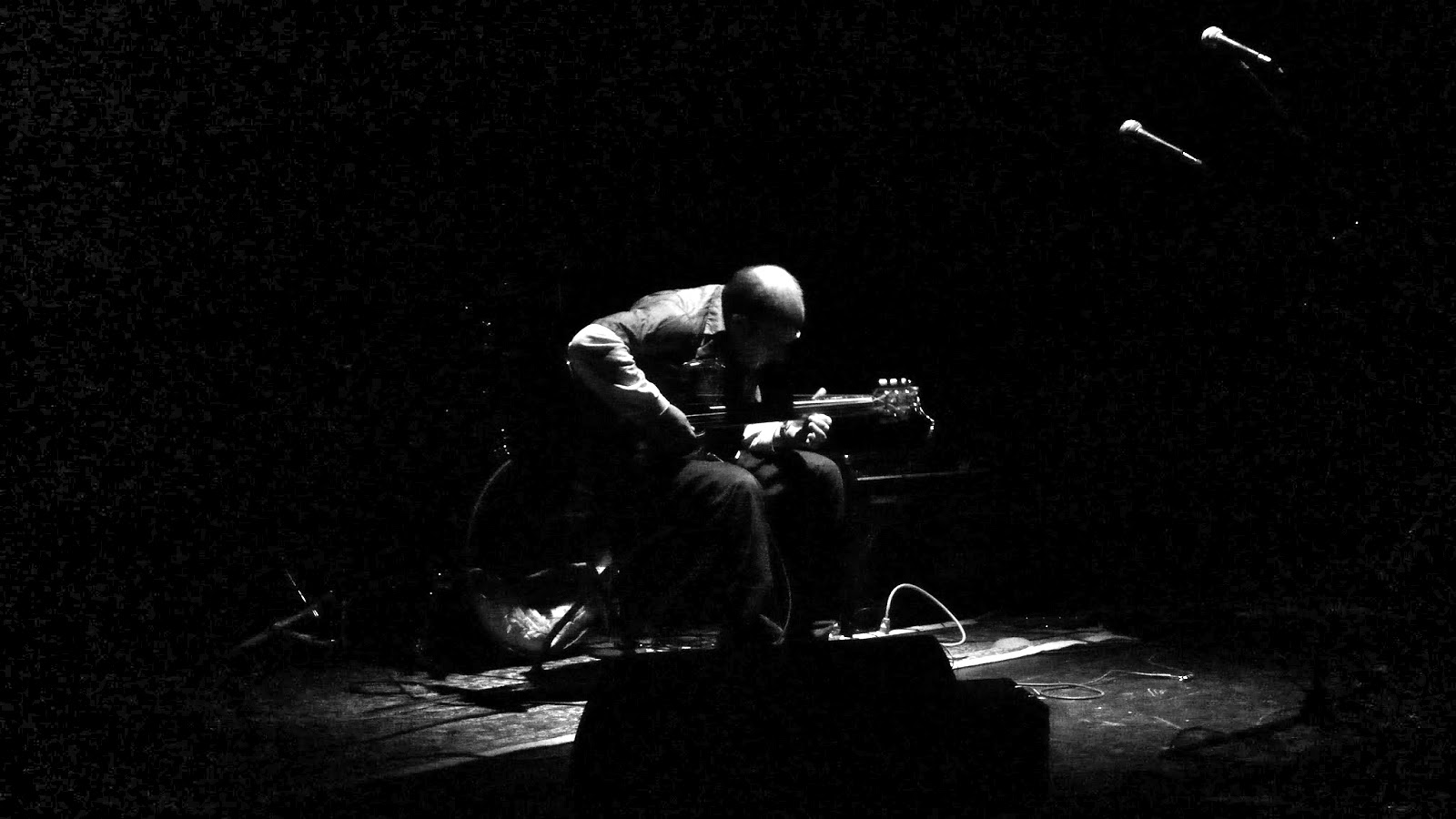 When I was first playing guitar I was learning some Bach from a record. My mother, herself a talented pianist, said to me: "Anyone can learn to play that. What's important is what you bring to it".
Brilliant.

I have a very large collection of instruments:: Veena, piano,  surbahar, dilruba, sarod, harp guitar, saz, Cumbus, harpsichord,  bouzouki, on and on... It's quite ridiculous. My main instruments are ones that I've heavily modified. Banjo and guitar. I'm also pretty crazy about this old wandre electric guitar I have. I think I love all instruments. I'm aware that I have too many.

I love to go to a town where I know no one and play a show. It's me at my most comfortable. Hopefully it's quiet there and someone can listen. 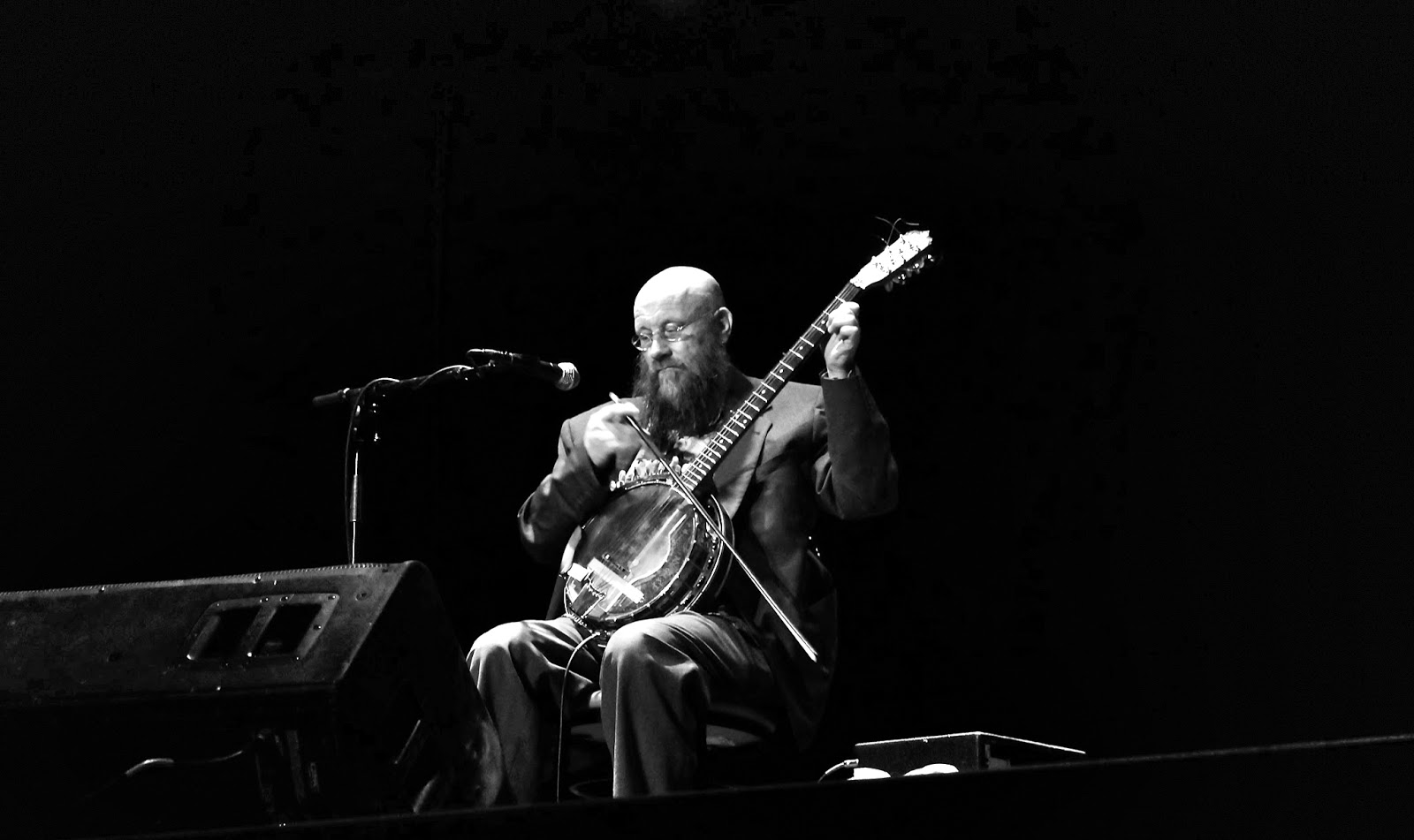 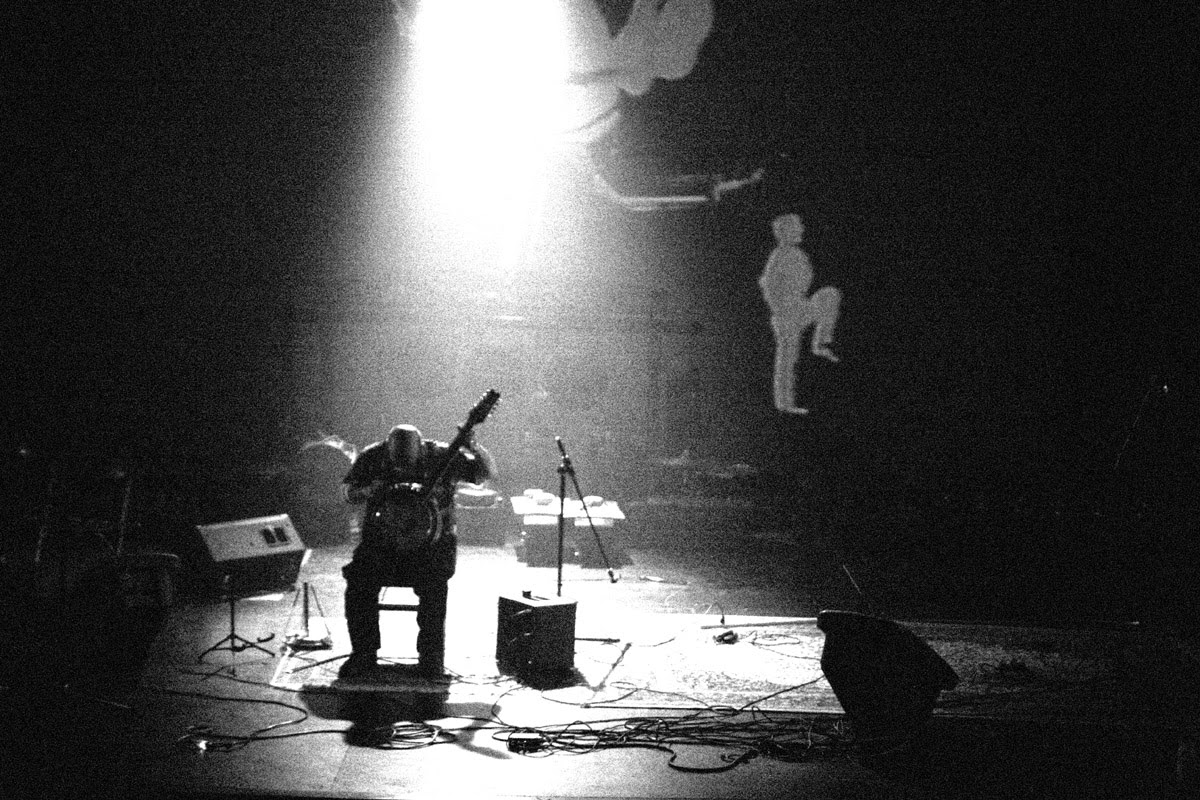