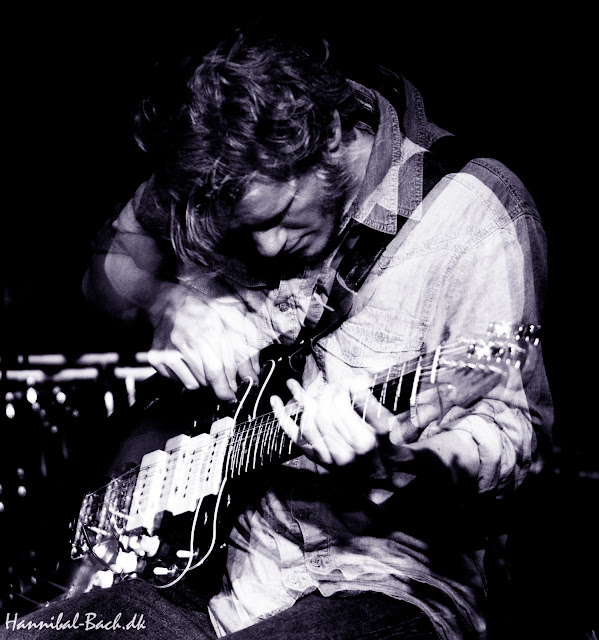 Danish guitarist Buster Jensen born in 1989 in Odense, on the island Fyen. He is studying masters in Copenhagen at Rythmic Conservatory. 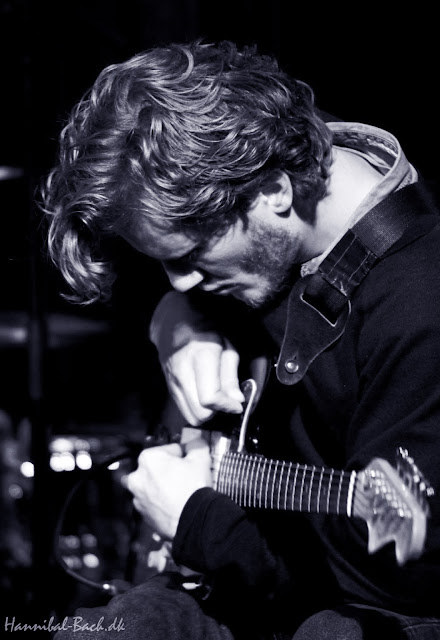 He has composed and played lapstel, guitar, keyboard various at various theaters and theater setups.
Nominated for "talent of the year 2015" with Onkel Ond Band at Odense Live.
Nominated for the "Klods Hans Prize" for best act 2015 at the H.C. Andersen festival.

What do you remember about your first approach to sound? Which was the first and the last record you bought with your own money?

I remember that the first records i started listening to was by Dire Straits and The Doors. I loved and still love the crispy sound of Mark Knofler's stratocaster, and it is still something i try to replicate when I am at my rehearsal space.

The first record was with Backstreet Boys and the last was Radiohead - A moon Shaped Pool. Also, I think the sound of the rain in Riders On The Storm is kind of a turning point for me.

It depends on which mood i am in, and the forthcoming gigs. If i have to play music which is technically diffycult, I rehearse scales and speed. I usually create a beat in ableton which i then jam along with. When I am writing music for ZetZum ZorGlub or Onkel Ond Band, I play with effects and don't pay attention to technique.

Which work of your own are you most surprised by, and why? How do you feel listening to your own music?

Hmm.. I am genererally not surprised by my own work because i work a lot every day and use a lot of time composing and preparing my tunes for my bandmembers.
It's weird. I don't listen to it like a listen to Radiohead for instance. I listen to and analyze myself all the time.

About technique, it depends of which type of music it is, and in which direction you want to take it. I recorded some music with Gilad Hekselman, and it was amazing what he could do on his guitar. In my opinion he is a very accomplished guitarplayer, who doesn't seem to have any technically difficulties. My self, on the contrary, has a lot of technically difficulties if chose to meet Gilad on his terms and play a jazzsolo, and therefore i play in my own kind of way, where technique is a relative term, and who decides who has the best technique, when the music is my own and moves on the my own terms? We played some of my tunes, and it was a true pleasure to witness Gilad adapt to my music, good technique or not.

First of all i think it is fun. I don't think there is any reason to seperate music from life, it seems like it is natural for people in general to express themselves through music and art. So no, I don't think it is possible. People has always expressed themselves, even though it was not allowed because of political og social reasons- look at pussy riot for instance?

What are the challenges and benefits of today's digital music scene? Depict the sound you're still looking for, or the sound you'd like to hear.

It is easy to get you music out to a big audience, and it is not that expensive anymore to record.

A 72 Fender Telecaster, A 63 Jazzmaster, A 64 Epiphone Proffesional and a Custom Shop 60's Reissue Stratocaster. A lot of delays and weird effects. And Ableton.

Nothing special in techniques, I think. I concentrate upon making my pick and fingers sound as good as possible. I do not prepare my guitar or anything.

That it is hard work playing music. One day you think your on the top, the next day it's the worst decision you ever made was to start playing music.

What is your relationship with other art disciplines? Where are your roots? What are your secret influences?

I read a lot of books. I have named a few of my tunes after some of the characters in Dostojevskis litterature.

I have a lot of influences, most of all I think my family and friends. My fellow friends which also play music, are sometimes the ones, who influence me the most, by introducing me to new music for instance.

You should have practised more.

Be kind to people and don't be late.

The i like the most are those who can adapt. They can make the music sound great whether it's jazz, rock you name it.

What is the most recent musical experience that has attracted your attention? Which living or dead artist would you like to collaborate with?

What’s your craziest project about? What projects are you working on now and what does the future hold?

Onkel Ond Band is a nine man high band, which play my tunes, and is mainly improvised. Sometimes some really freaky stuff goes down in this band. Last summer i poured a beer over my guitar, and people got quite surprised.

I am recording albums with ZetZum ZorGlub, Onkel Ond Band, and one of my friens called Asger, who has a band which is called GuldiMund. Besides that there is a lot of diffent small projects. 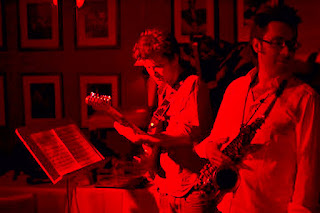 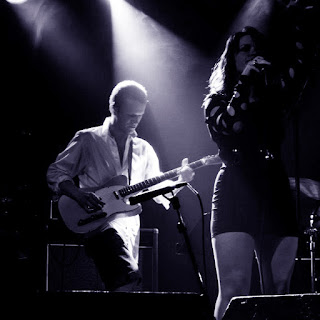