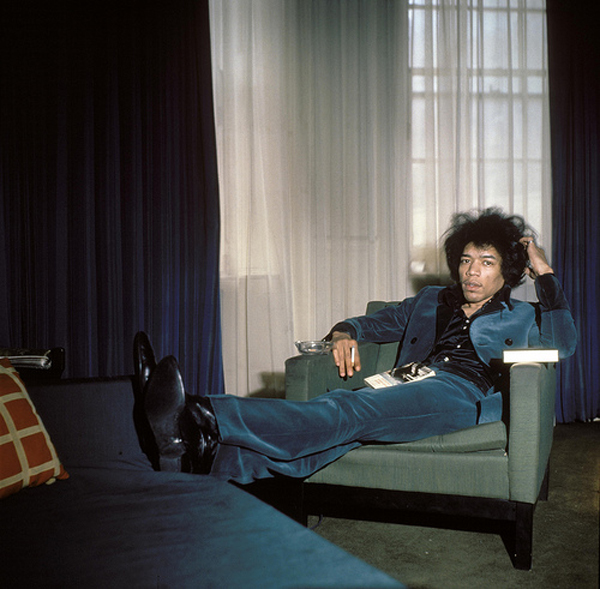 Jimi Hendrix is for me the beginning of the transformation of the electric guitar from an acoustic guitar with a little bit of apparatus added, to a whole other instrument altogether. While the humble setup of fuzz, wah and uni-vibe with expression pedal may not seem like much, in combination with several marshall guitar stacks it enabled Jimi to transform his instrument as well as the sound of rock music as we know it. 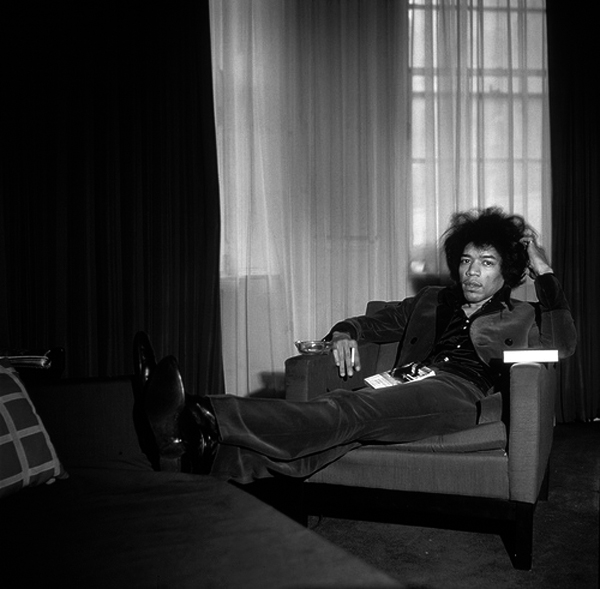 At the basis Hendrix was a blues player. He was influenced by Muddy Waters for example, as well as other players such as BB King. Muddy had his own experiments with feedback which he always regretted not having been allowed to release on record. But perhaps it took a figure such as Jimi to make these ideas part of the mainstream. 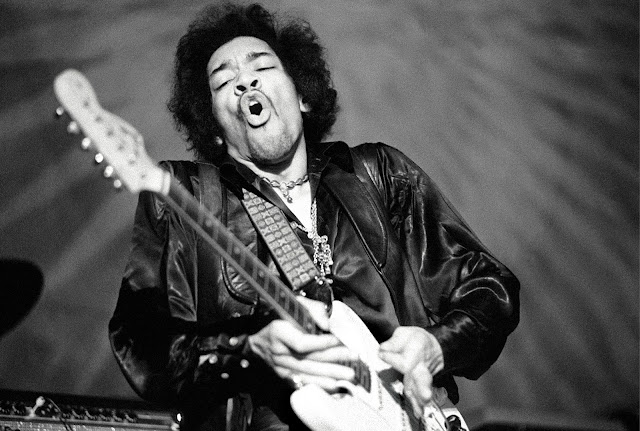 Les Paul had made innovations in the use of the guitar such as multilayering and sped up phrasing, Jimi takes the instrument to a whole other level.

At the time the use of effects and distortion was considered ‘gimmicky’ by some of the more traditionalist blues players. However to me it has always seemed as simply an extension of the instrument. Just as logical a conclusion as the addition of a coil to a plank & 6 strings. 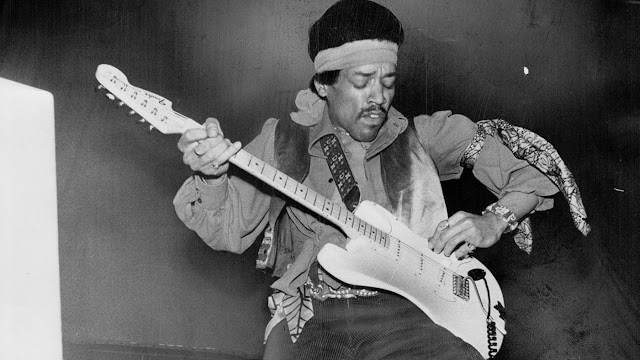 Jimi had as much in common with John Coltrane as he does with his fellow blues players.

With distortion and feedback the electric guitar is extended with sustain & a greater frequency spectrum. The way is an interesting choice. A simple band pass filter is capable of controlling the frequency excited by feedback. 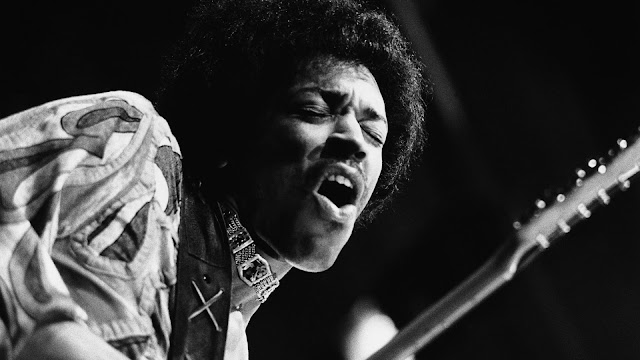 Hendrix’s setup of fuzz, wah, univibe, occationally octavio and delay is one that is simple by today’s standards, but at the same time, there is nothing more needed.

The instrument is transformed into a more dionysian tool which transcends time & space. Oscillating wildly between the dionysian & appollonian axis. 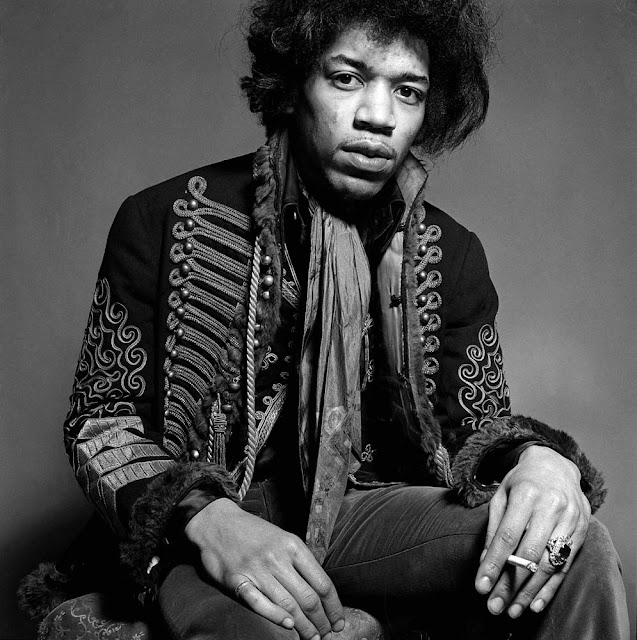 Before Hendrix, the synthesis of the guitar was similar between the electric and the acoustic.

The instrument has a sudden attack, with the sound of the pick bringing a short noise to the beginning of the sound. Then there is the meat of the sound, the tone, followed by a quite sudden drop.

But Hendrix changed all that. The addition of feedback, distortion & was changed the instrument for all future. Feedback does two things, it opens up the overtone series & prolongs the tone of the instrument. 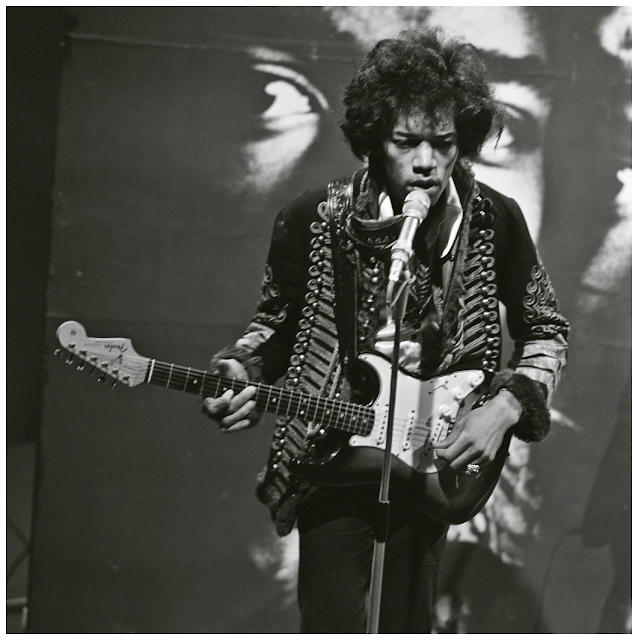 The way gives an extra amount of control over the sound, as bandpass filters the frequencies about to be feedbacked.

Thus Hendrix transcends the blues not only into jazz but also into electronic music.

But Hendrix’s focus was never on technique. Others have followed which have played faster & more precisely with a cleaned up sound. Hendrix’s focus is more on soul, emotion, sound, feel. All the other parameters of great guitar work. 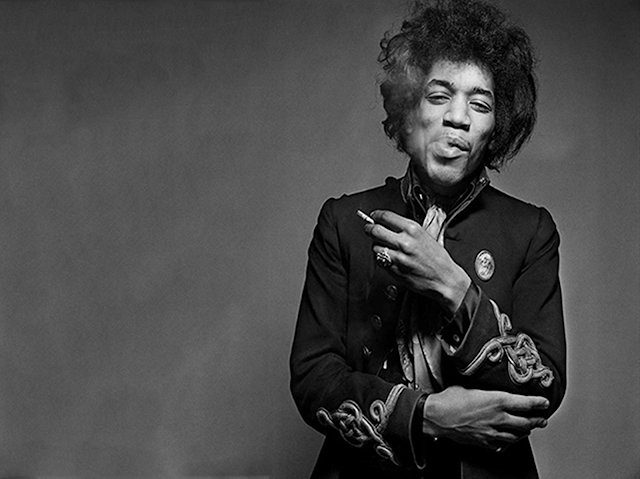 Hendrix was indeed technical but it was a bluesier side of technique more organic then ‘correct’.

When Hendrix was alive, he was following technology closely, having pedals custom built and playing them onstage the same day. Roger Mayer ofter went to a gig do deliver an octavio in such a manner. I’m sure if he were alive today he would be using electronic processing in the same way as he used fuzz, without ever losing focus of the soul and emotion of the music. 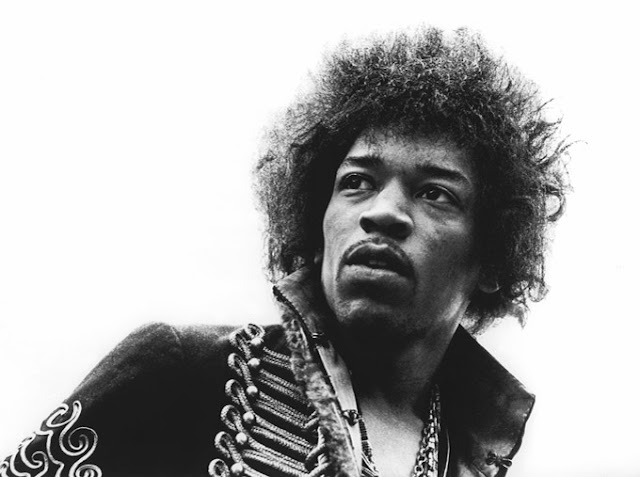