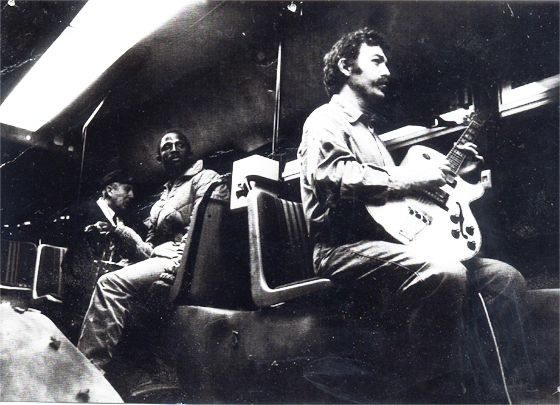 Eugenio Sanna, born in Genoa, Italy on 1953, is  original and versatile guitarist and music therapist, carries out always a research of extreme rigor that knows no compromise. He has participated from 1976 until 1986, to the foundation of the CRIM Center for Research on improvisation Music in Pisa, the city where he currently lives. 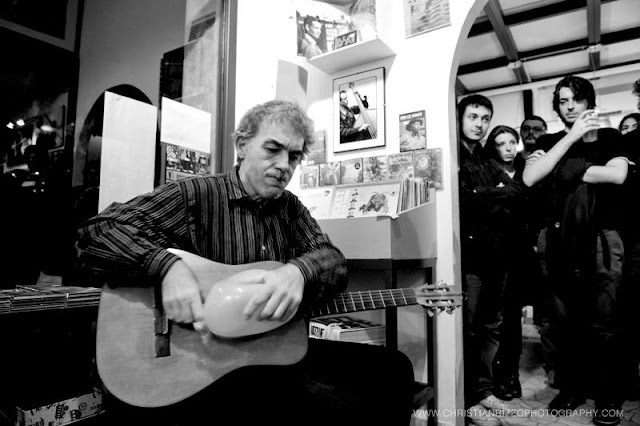 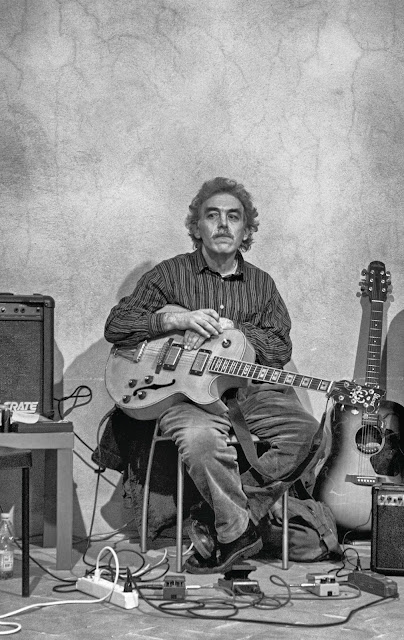 After taking part in the formation of various rock bands, and a country group in the mid-70s he became interested in jazz and improvised music. During this time he performs solo and in duo with Dutch Peter Cousack. In the same years, he founded together with other musicians, critics and operators, the CRIM in Pisa. It takes part in seminars organized by the center, led by Martin Joseph, Milford Graves, Gunther Hampel, Leo Smith, Raphael Garrett and Steve Lacy. Parallel develops a thick musical activity playing regularly in jazz bands and experimental music in various clubs of Tuscany. He's also present in in the various concert editions of the International Festival of Jazz of Pisa and Florence. 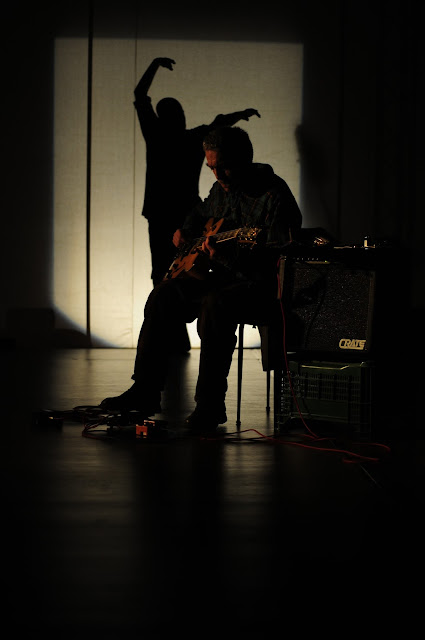 
In the early '80s, he met saxophonist Carlo Actis Dato with whom he formed a duo that later became a quartet with the addition of the American singer and saxophonist Irene Robbins Sauro D'Angelo; at the same time, she takes part in various events organized by the CMC Cooperative of Creative Music in Turin. He then moved abroad and in London he meets among others, Roger Turner, John Russell, Taya Fisher, Richard Beswick, Phil Wachsmann, Derek Bailey. 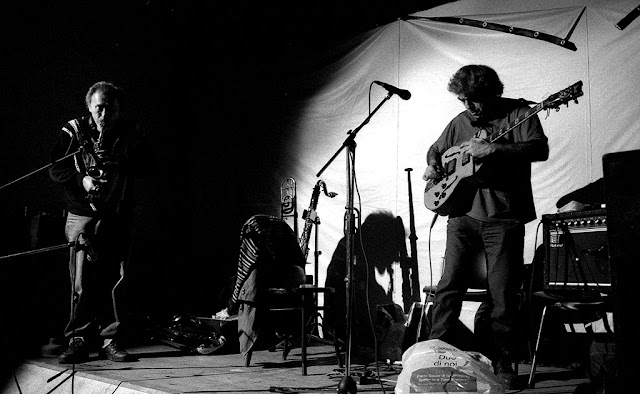 Some highlights from a long career plenty of concerts and collaborations: In '86, along with Edoardo Ricci founded the group Padouk, with whom he played the length and breadth of the Italian peninsula and abroad. In '92 he was invited to play in various festivals of the Contraindications of Rome, in a trio with Edoardo Ricci and Filippo Monico and again in '98, in a quartet with Mauro Orselli, Mike Cooper and Jean Marc Montera. 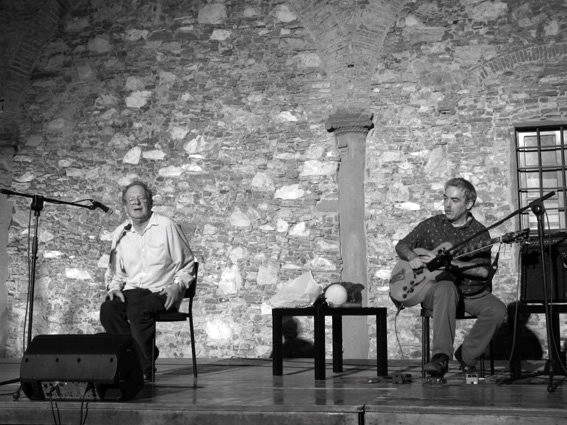 In '94, he met the clarinetist and tarogato player, Esther Lamneck. In those years he was invited to participate in interactive works of electronic music, with composer Ron Mazureck, musicians Rene Mogensen and Brian Mallery, the legendary choreographer Douglas Dunn, and the ensemble NYU. 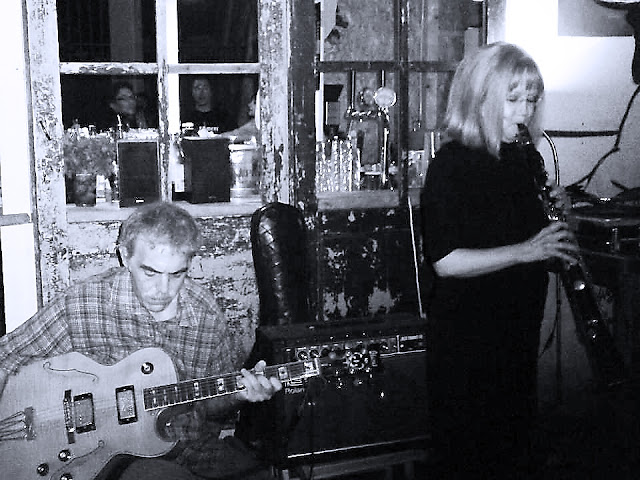 In '98, he plays in the exhibition Stupid Millennium to keep of Bologna, with a formation of electro-acoustic music Flaming Beauty with Massimo Simonini, Edward Ricci, Edoardo Marraffa and Mirko Sabatini. Also in this year, he took part in the festival Angelica playing duets with Edoardo Ricci and mixed formations with Hans Reichel, Gino Robair, Luca Venitucci, Fabrizio Spera, Mauritius and Elio Martusciello. Eugenio also participates in the exhibition Restless Speed playing in a trio with L.Venitucci and M. Orselli, with the association Jackson Pollock. With percussionist G.Canale, soul playing live, the show Departures directed by Stefano Vercelli.

"The practice of improvised music, is an imperfect practice, uncomfortable, destabilizing, destructuring, exciting, stimulating that always causes astonishment, fury, love, perseverance, in all people that will discover and will cultivate it with humility, kindness and devotion.
Improvisation is a magic that everybody have inside themselves and that can be discovered to enrich their lifes in an important way. In this way we can improvise with music, thought, words, dance or movement of our body, in a process of fundamental relevance.
Art always chases very personal path, I mean connected with the sphere of the individual meant in his daily routine. But as we well know, in the deepest layers of the human psyche, the creative energy doesn't know limits, blocks, differences."

Since 94 'is regularly invited to give lectures on the improvised music from the Department of Electronic Music and Contemporary Art at the New York University, for the students of that university. For twelve years he has been conducting a music workshop in the penitentiary G.Don Bosco in Pisa and from 2001 he is conducting two workshops with expressive and therapeutic purposes, for the association of psychosocial rehabilitation L’Alba, in the same city in which he lives. 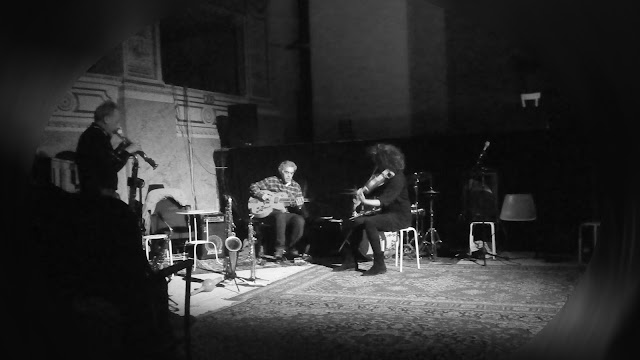 
Currently he is the creator and host of the permanent workshop The sound of improvisation, whose objective is to spread through the didactic training, the musicians and the audience, the art of improvisation and which is held every fourth Friday of the month at the Theatre Rossi Pisa. 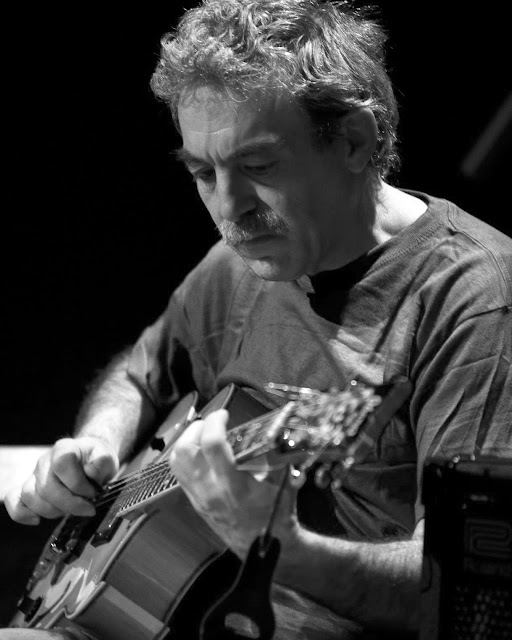 When I was a child, I fall asleep listening to the screeching of trams on rails.

I practice every day with scales, arpeggios and chords

The technique is useful in order to evoke by means of it one's sound-musical soul.

Sounds presented to us we look for them.

The roughness and the asperity given by the rough strings: there are no limits to the kind of sounds they can produce.

To play my first electric guitar, an italian Zero Sette solid body after I insert a paintbrush among the strings.

My musical relationship with painting, literature, dance, theatre and let's say also dreams, is of interaction with these different languages.

Dreams affect me constantly and their messages always induce me to look for my roots in all senses.

In any case to improvise is main for me.

Every musician, through music, speaks about himself to the listener in an empathetic way.

As Freddie Green stated: "before you play hang your jacket to the chair ".

In this moment I'm carrying out as the creator the workshop and the improvised music exhibition Il Suono dell'Improvvisazione. I'm working on a the new CD with a ten elements band: a real orchestra that completely and totally improvise. 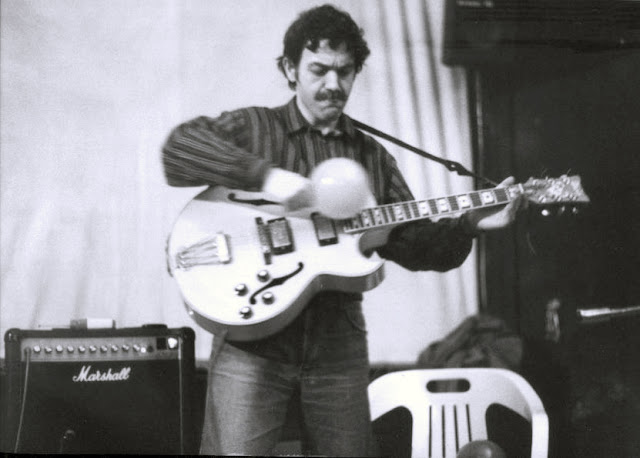 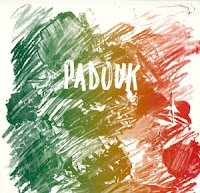 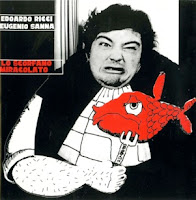 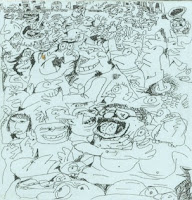 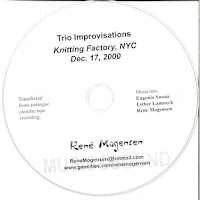 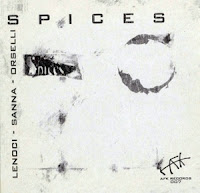 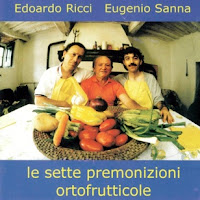 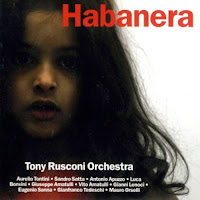 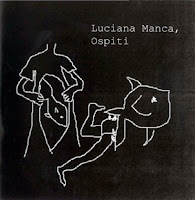 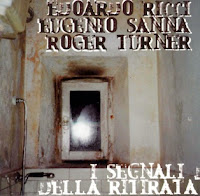 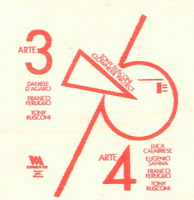 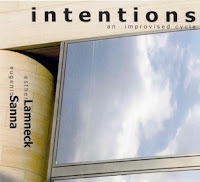 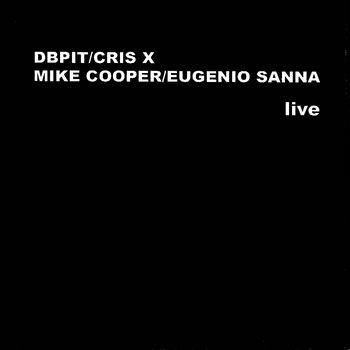 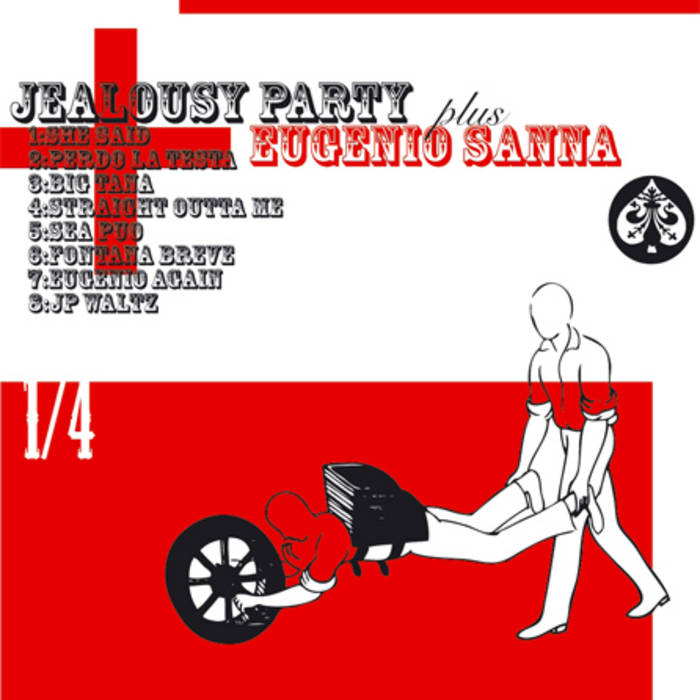 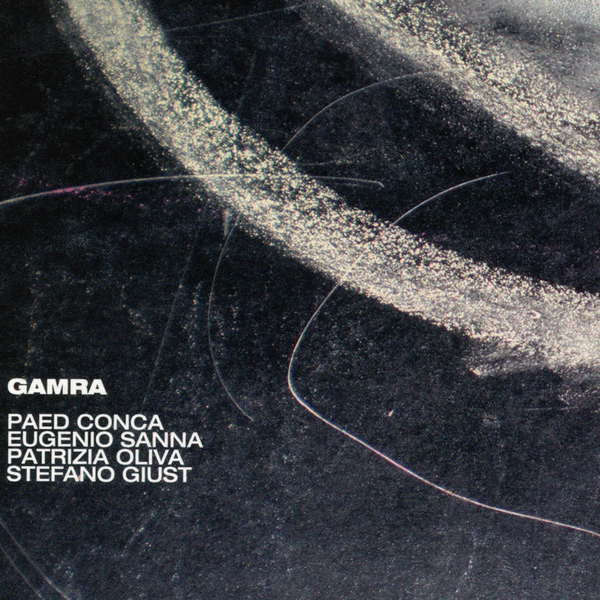 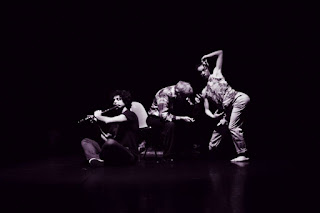 with Claudia Caldarano and Beppe Scardino 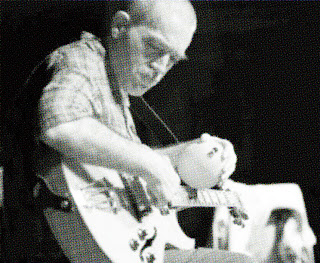