The Sonics
The idea behind Sonics was to create a fusion of the D.I.Y. and experimental.
The D.I.Y. approach of customisation and personalising and the experimental vein to move beyond convention and design as a whole. The idea was to make the aesthetics of the instruments/guitars a result of pragmatism and functionality, whatever works. Going back to the origins of the electric guitar, assembling the bridges by cutting bolts in half trying out alternatives to stock pickups and so on. 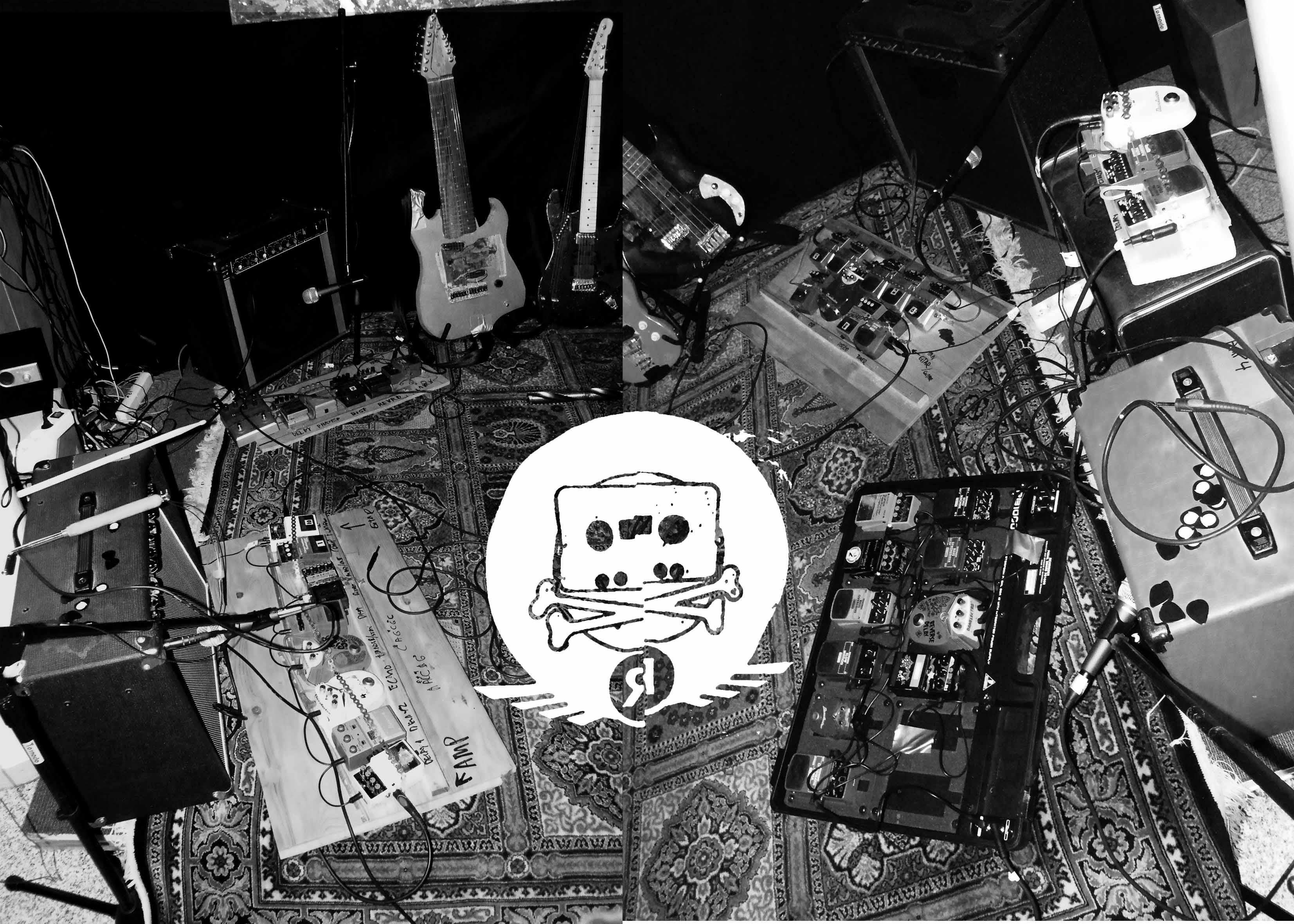 Sonic perception.
The intention behind the custom/modified instruments/guitars where not to create precision instruments that would enhance playability, but to create one off instruments experimenting with sonical ideas and quest for variations on the guitar template to create something other than your typical guitar generated music.

The intonation and scale on some instruments where forsaken in pursuit of other functions or perhaps as a point of creating sound off the standard scale.

Alternate tunings, guitar effects, string variations and pick up configuration were intended to aid in the search of a sonic palette, that the normal guitar either shun away from or designers deemed to noisy for practical application. Conventionally the normal 12 string was created to expand harmonies by thickening or enriching the sound, as the 7 and 8 string guitars seek to create greater scale manipulation.

Thus I took many clues from harps and drone string instruments to apply these ideas that went far beyond conventional precision and scale-thinking, and in most cases the idea is to manipulate sound by none fingerboard interaction, chord or grip. The guitar and music intended for guitar are like the genres of guitar based music, littered with clichés and formulas making the guitar versatile within a musical concept but sonically easily identifiable and a symbol of harmonics and genre specificity.

Not jazz
The idea is not to marry the project within any genre, and that means it is not to create a free jazz or contemporary music forum for that matter, even though the apparent freedom of these genre are easily associated with such experimentation.

My own musical origin comes from the post punk era rock remnants and sonic drones thus I foresee an application and creation seeking to expand on genres that seek expansion past signature sound, scales and rules, the kind of music only a creative novice would create in an attempt to understand an instrument. Much inspired by noise music but not as stark, in the quest to elude musical branding and obvious influences.

The path of least resistance
By taking the guitar beyond conventional design and foreseen application, you force those not used to its functionality either to creatively seek other options or perhaps to use the instrument to rediscover functionality not intended to it.

Sound design:
The recording studio sound options offered through the choice of instruments, pedals and amplifier.

The Selection of Pedals is locked down but the 4 set of pedal/ stomp box boards are built up for sonic versatility. 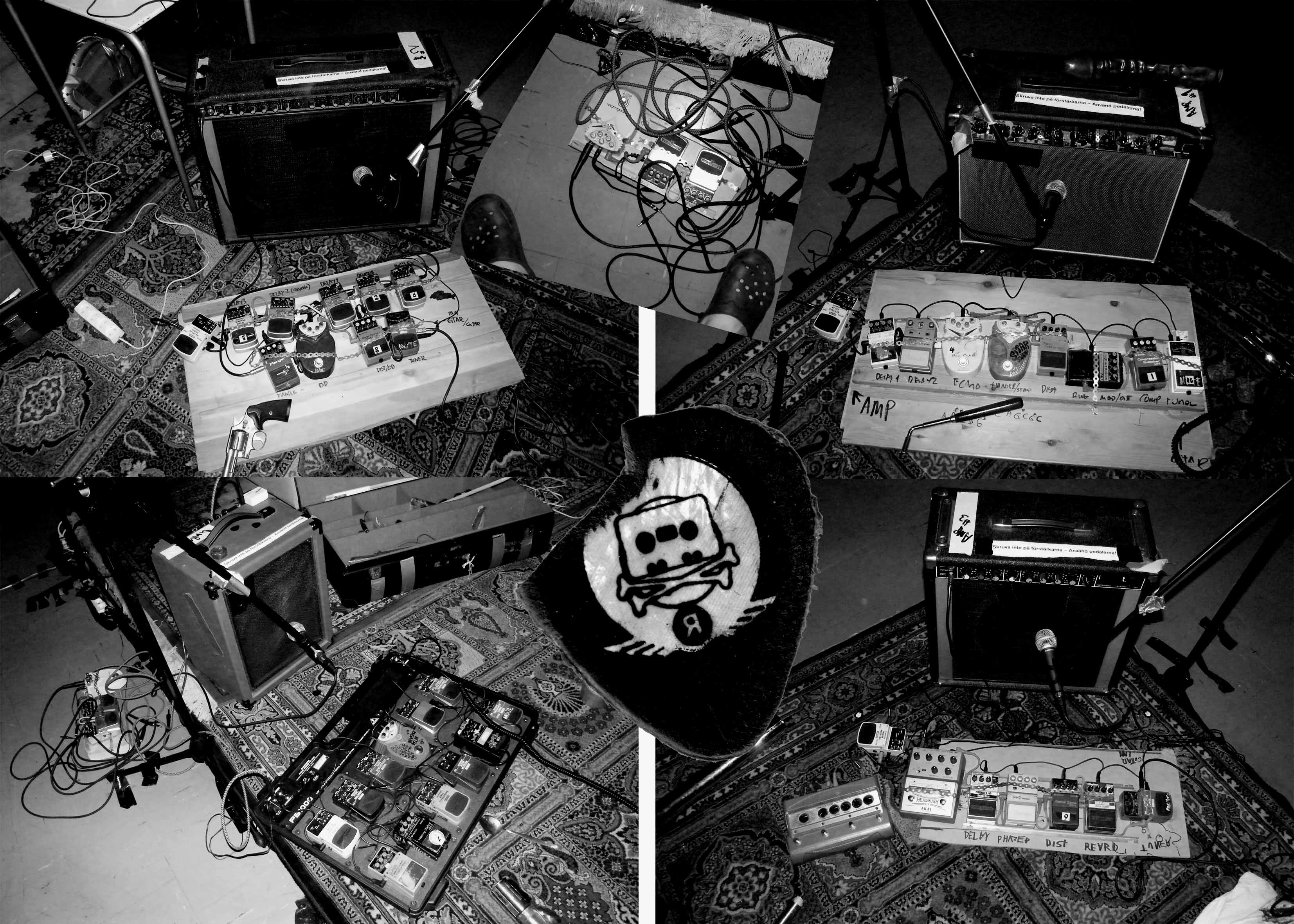