Guitarist VINZ VONLANTHEN lives in Geneva, Switzerland. He's one of the essential personalities of the improvised music scene, also part of a lineage of creative and uncommon European guitarists, constantly looking for new concepts, new ideas, energy and commitment with creation.

He possesses an extraordinary personal voice. The sounds of his "metaguitare" triturated with beads, foam, bows (non exhaustive list) confuse, surprise, cajole and expand the range of the instrument. Micro-textures, melodies and grooves spread the word. His guitar is plucked, painted, beaten, howling on a marble chirp, dizzying, unique, objects vibrating on the strings, producing astonishing  unheard sounds, through a deep, intense, even brutal play, opening the door to imagination and poetry.

"... He opens a toolbox of bows, looping pedals and rolling marbles to conjure a quivering, bubbling music. He marriages to sound futuristic and shinily Both rooted in the modest ambience of a jazz guitarist. " The Wire 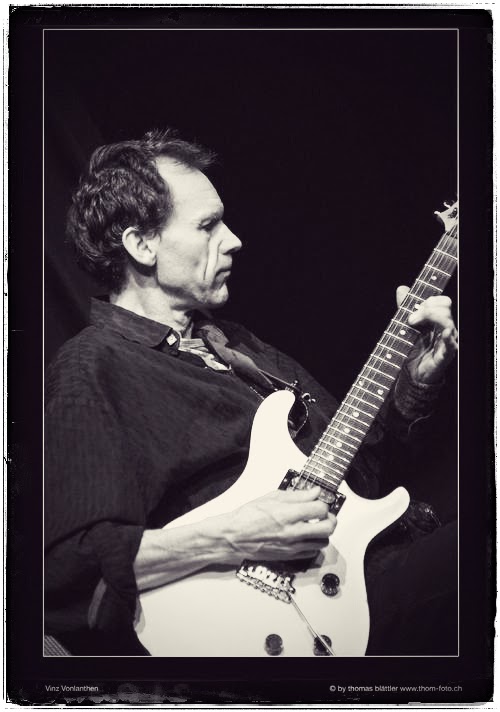 My first instrument was some kind of drums we built with my brother; it was built of pans and boxes and we played with spoons and forks… I always wanted to play drums but my parents said I was too noisy because we lived in a flat; a neighbor, friend of my brother had a drum set in his cellar, so sometimes I went to play there.

I "imported" this penchant to percussion to the guitar: I like to hit the strings with my left hand, too; sometimes I treat the guitar like a percussion instrument.

Music puts me in another reality. Just walk with great music in your headphones somewhere, in a city or in nature, and you think you're part of a movie, everything becomes magic and put reality in another dimension!

Wir haben die Kunst, damit wir nicht an der Wahrheit zugrunde gehen.
We have Art in the purpose not to be destroyed by the truth/reality.

Guitar is so polyvalent: it's a melodic, a harmonic, a percussive instrument. Strings can easily be prepared, detuned, played in a microtonal or in a diatonic way. You can play with your fingers, a plectrum, a bow or even your teeth (hi Jimmy!), this leads you to different sound concepts. The electronic with all these pedals also open endless possibilities of expression. I see the limitation in the fact that it's not a "blow or breath" - instrument.

It's the LP "cohabitation" I recorded long time ago with a Trio called "Aventure Dupont", in 1988.

Someday I changed my strings, all strings where very loose and untuned, and I started to fool around with it. This sound inspired me so much, that I bought a second hand guitar, an Aria which was a copy of a Gibson ES 335. The owner had put powerful pick ups, I loved the sound! So I didn't tune that guitar, I was forced to play with my intuition and my ears and not with my habits as the guitar wasn't tuned as I was used to. I discovered new things, could bend the strings like crazy, and found an own way of expression. I played that guitar on many tunes of the mentioned LP, and even when I listen to the record today I feel that it's strong!

I was very marked by these incredible rock-bands like Led Zeppelin and Deep Purple with a strong and powerful guitar sound.  But in matter of composition I was also influenced by "more intellectual" bands with classical influences like Genesis, Pink Floyd, Procol Harum, Gentle Giant, and of course Frank Zappa!

Then I discovered the Jazz with the incredible Wes Montgomery who still is one of my idols!

The deepness and the phrasing of Miles Davis, the harmony of Herbie Hancock, the sound, the harmonic concept and musicality of Bill Frisell, and so many jazzmen I could mention…

Later I got in touch with contemporary classical music: Stravinsky, Bartok, Xenakis. I was enthralled by the timbre, the sound combinations of different instruments and by the huge sound possibilities of an orchestra.

Stravinsky's Rite of Spring is for me one of the masterpieces of music. Melody, harmony, rhythms, the contrasts of different moods, dynamics, the timbres and orchestration, it's fantastic! I can't say if it really provoked a change in my music, but it influences me in the way I hear dramaturgy, sounds-textures and groove.

Recently I discovered Dans Les Arbres (with Xavier Charles, Ivar Grydeland, Christian Wallumrød, Ingar Zach). They released 2 CD's on ECM. For me it's a revelation: it's all improvised, but you think it's composed! Their way of improvising is so intelligent and musical!  Their sound research, the reduction to the minimal, the way they handle with space   is a great inspiration.

I'd like to cite Jean Tinguely, an incredible swiss sculptor:


le rêve c'est tout, la technique s'apprend.
Dream is everything, you can learn the technique.

Dream has another dimension, another spirit you can't sum up in an analytical and cerebral way.  Art without the spirit of the dream doesn't touch me, that's not what I'm looking for.

How do you use extended techniques on guitar?

I come back to my fascination of the timbre and the sound combinations of classical orchestras. I was looking for sounds that takes you into the realms of imagination and mystery. When you prepare your guitar, the sounds are unusual and evoke "imaginary stories". As I always wanted to sound like nobody else, this way of finding my own sounds and make music with it (which is a long way…) suited me. For me the most important is to find my own expression, my personal language. Music with personality leaves nobody indifferent: either you like it or not, there's nothing in between.

I try to apply what I tell to my students:

The silence is your best friend, let music breath, don't overplay, listen and be really connected to the others, let your play take an effect, don't play "automatically" (what your finger tell you to play);

I remember the advice of my friend and great doublebass player Bänz Oester who some 30 years ago advised me: practice with a candle to get into a mood and into the deepness of your feelings… He was so right, by this time I was not very mature and very technical…

It's a long time I play an old Paul Reed Smith guitar; it's very polyvalent and neutral and reacts well with my preparations. I play in stereo over a guitar tube amp (I have a very old Mesa Boogie) and a bass amp. The bass amp boosts my prepared sounds which sometimes are in the sub-frequencies. Volume pedal, MXR compression pedal and the very old Lexicon LXP 1 stereo delay are my basic pedals. The compression boosts my prepared sounds, give overtones (e.g. when I use nails over the strings to give strange harmonics), boost the mentioned sub-frequencies and give a great percussive sound if I tap the strings.

An old whammy-pedal, 2 Loop-pedals (one for each amp) with reverse function, a freeze pedal, and the Moog Ring modulator complete my equipment.


What is the most recent musical concept that has attracted your attention?

I'm a member of the Insub-Meta-Orchestra (IMO). The orchestra aims to develop collective listening and playing, highlighting microclimatic sonorities, the addition of subtle layers and working towards a single sound which is driven by a shared idea carried by the impressive group of musicians making up the orchestra. The reduction to one sound or event and to develop this sound in a microtonal, subtle and way gave me a new dimension of what music can also be: less is more!

VIP is a new project, a duo with keyboarder Pierre Audétat; he only plays with all kind of samples. Often we work with different layers : noise textures, strange groovy patterns, short melodic ideas, some looped chords. There is an interesting cohabitation between different kind of musical worlds, between different planets: noise and abstract sound textures are from mars, chords and melody which evoke "humanity with feelings" are from earth.  Some moods remind me of David Lynch movies...


SILO: A trio with Christophe Berthet (sax, clarinet) and Nicolas Field (dr); we work on playing modes, on sound concepts, creating forms with the aim of instant compositions. 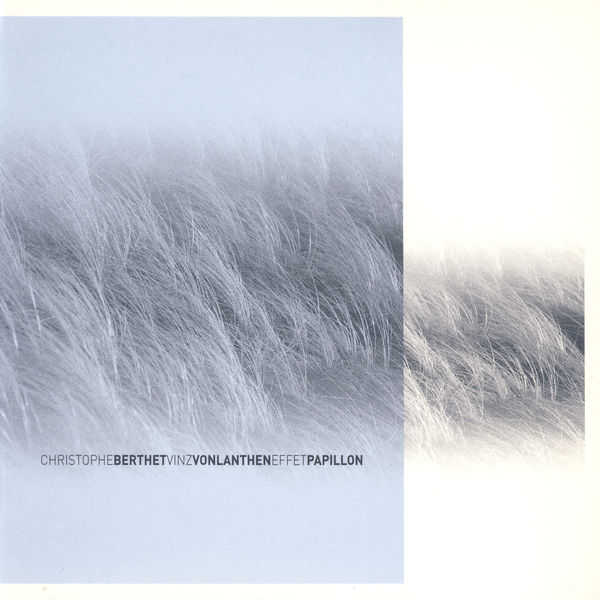