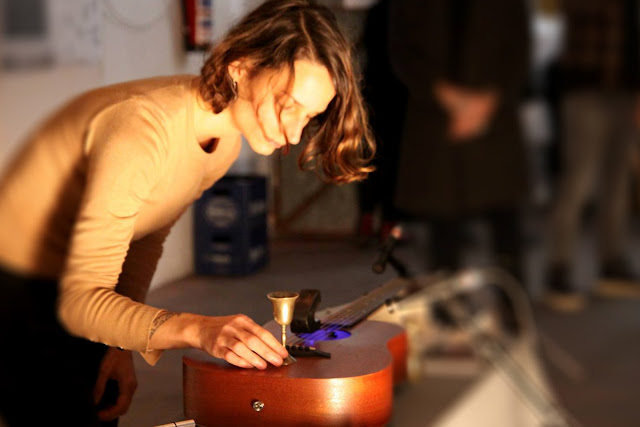 Clara de Asís is a Spanish composer and guitarist based in France. She develops an approach to sound that highlights simplicity, non-intervention and active listening as means of music making. Her works display an extreme precision and intuitive openness; both distinctive of Clara de Asís manner, that involves a dedicated attention to sound on its details and its most pure forms. 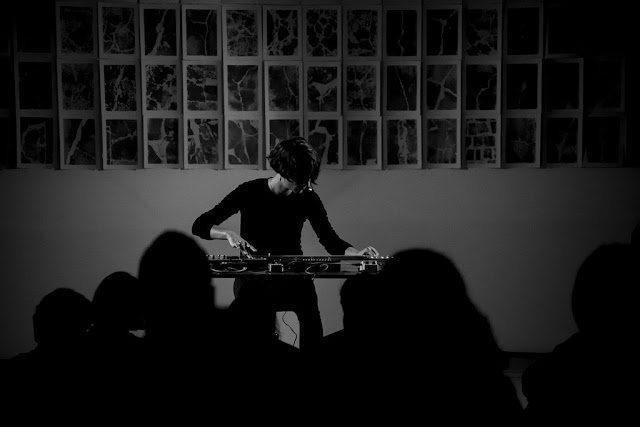 De Asís’s intuitive, unconventional style of compositions utilizes a minimal, spatial framework in which performers can create individual sounds with personal instrumentation incorporating active listening, to attain a paradoxical but coherent result that “setting a frame could bring out a lot of unexpected possibilities and revelations that come from the sound itself.”

Her music has been showcased in many international scenes including Berlin, Paris, Prague, New York, Huddersfield and Helsinki. 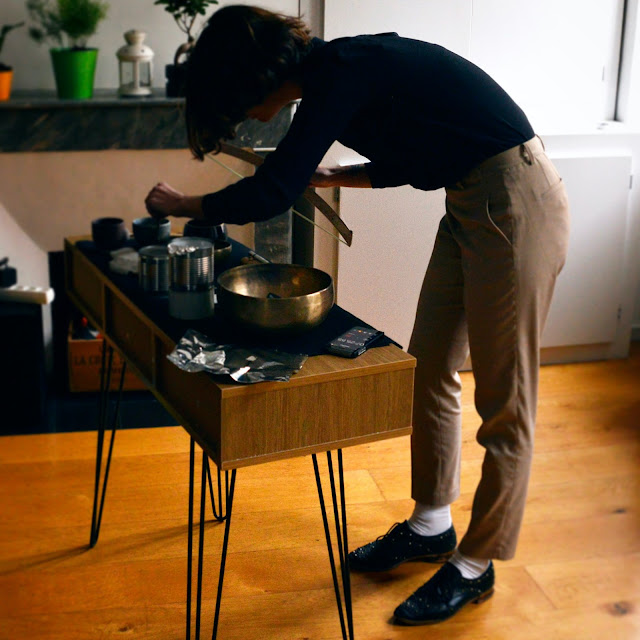 Improvisation through the use of prepared guitar implements for her a process of listening and sound generation that allows her to develop a direct experience of gesture and material variations, accidents, errors. She provoke special care to listen and staging sounds of her tools, allowing them to maintain a diagram in the form and cohesion in the use of materials. Concretely, it brings out the various timbres that the instrument offers him using different objects and materials, just as instruments available in the performative act. She's also working in communication and documentation areas at Centre international de poésie Marseille. Some of her collaborations include Bruno Duplant, Noël Akchoté, d’incise, Rebecca Lane, Lauri Hyvärinen, Farida Amadou, Patrick Farmer, Félicie Bazelaire, Greg Stuart, Erik Carlson.

It is my own heart-beating as I was a child and trying to sleep at night. I could listen to it very clearly, like if it was inside my ear, and I just couldn’t help to follow that rythm and complete it with more beats. That sound was distinct in the silence. It made me figure out lots of images and pictures that I still can remember.

Technique is very important. But there’s no “a” technique, there’s no “the” technique. To me, playing is developing a technique. And that technique doesn’t exists until you figure it out, until you find it; and when you find it, if it’s the good one for you, you need to keep it. I would say that’s the definition of technique I’m interested in. It’s what allows you to explore the paths where you want to go. But it’s not something you take from the outside, it’s something you invent.

Listening to their music and having the certitude that that music couldn’t have been done, absolutely not, by anybody else but them. Regardless of the technique deployed, the “genius” character, or whatever.

Silence to me is associated to the darkness, but a warm and bright darkness, not scary. I don’t like playing with much light. I think that when it’s dark, I listen better. And silence, it’s the condition of sound, it’s where the sound come from. It’s also the condition of listening. It’s something I appreciate a lot. Sound appears in the silence.

And noise, it’s a little bit like a silence, in a way, but to me it’s more like an sculpture. Something you sculpt. And the further you are from it, the less you appreciate it, and the closer you are, the more you love it. Noise it’s very lively.

I don’t know. I just do it. I think me playing, the act of playing for me, it’s very motivated by the act of listening. I want to listen to something, I don’t know what exactly, so I play and I look for it.

I’m very curious to other disciplines, not necessarily for me to practice them, but about the way of other disciplines do, how things can be built in many different ways. I often think about sound in terms of figures, like pictures. And I draw a lot the sounds I seek for. Not much when I play improvised music, but when I compose, especially acousmatic pieces, I draw the sounds I want to make. I also work a lot with people from other disciplines, specifically from contemporary poetry. It’s been many years that I work with Laura Vazquez, who is a French poet who makes a poetry that, in a way, is very close to music but has the specifies of words. That has allowed me (and still does) to take directions that I definitely wouldn’t have taken on my own.

Why do you need from special techniques in the guitar?

Because otherwise I couldn’t feel free. I don’t mean everybody needs special or prepared guitar techniques to be free, of course not. But me, I do.

I’m not sure about the first record. I think it was Nirvana’s In Utero. The last one is Smitten by Chemiefaserwerk from SQRT records. 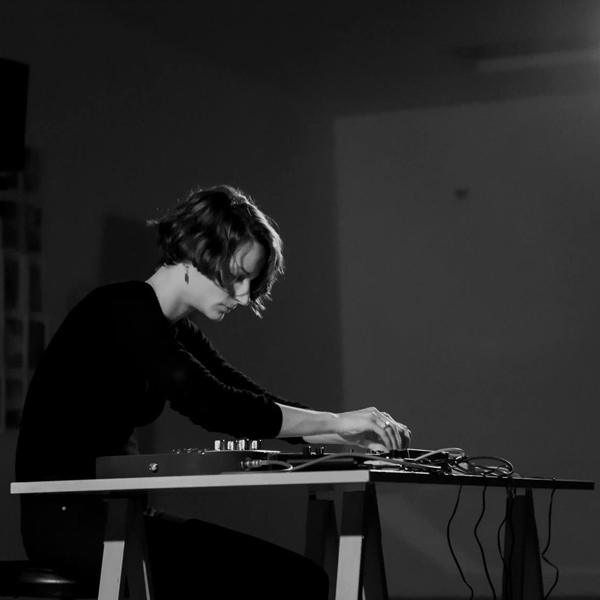 When I started playing guitar I was like 12 years old, and I wanted to learn how to play guitar. I expected that, and I wanted that. Now I still haven’t learned “how to play guitar”. What I’ve learned, it’s just to keep it that way. Rather than learning how to play, to me it’s more an acknowledgment of your instrument. And all the time I’m looking for ways to make the sounds show up. It’s something that never ends.

The fact that I don’t need to put things into words.

I can’t imagine a better instrument than just everything. The world. It may sounds naive, but the world it’s a perfect instrument. Here you have all the sounds. This makes me think about a phrase I read once from a book by Pierre Henry, a kind of diary where he wrote many of his thoughts, and he said that the most wonderful sounds, you can get them from just a piece of wood.