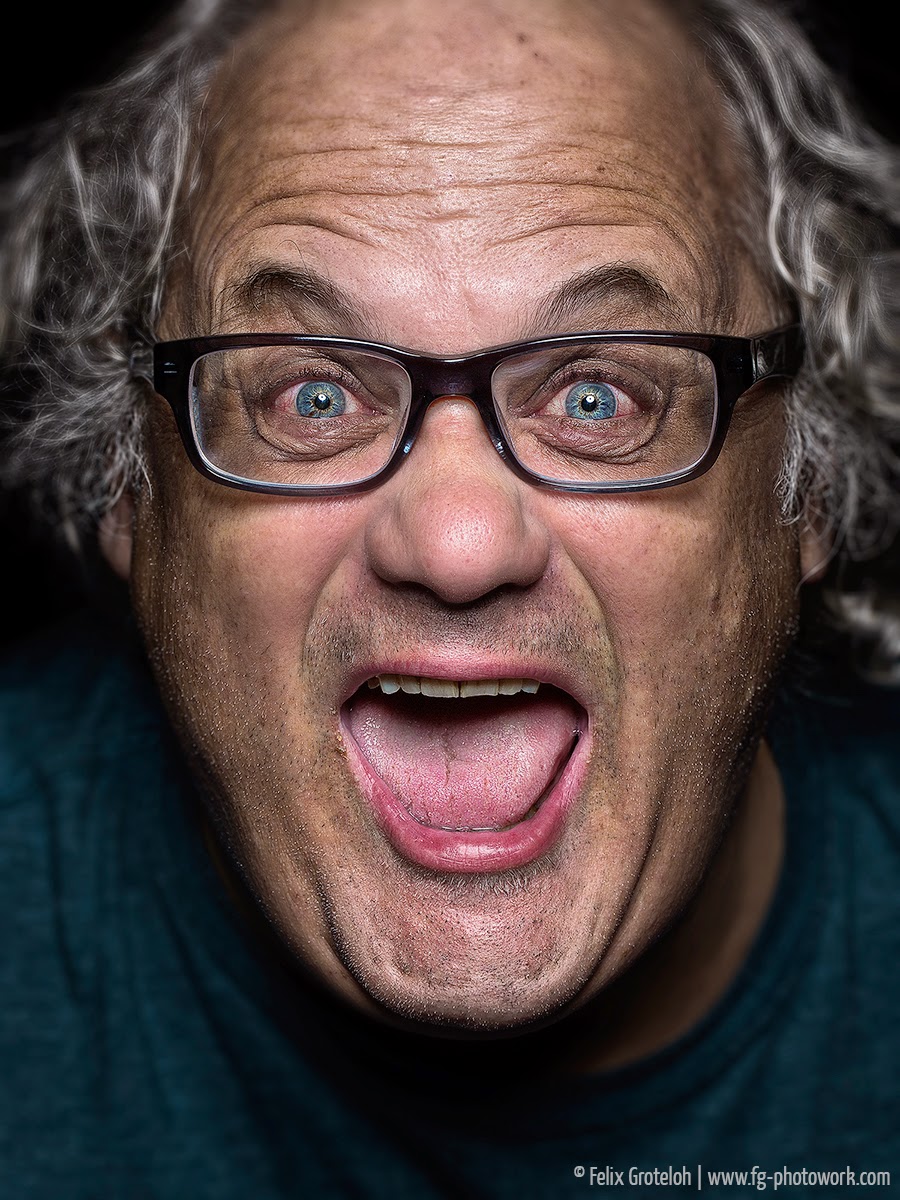 Eugene Chadbourne (born January 4, 1954 in Mount Vernon, New York), is an American improvisor, guitarist and banjoist, compulsive free improviser with roots in rural black, brown and white music, eccentric, provocative, sycophant, funny, crazy, creative, innovative guitarist and a true maverick of modern American music, highly eclectic and unconventional, surreal sense of humor bestowed a tone of punk dadaist irreverence, hillbilly improviser,  self-made raconteur, left-winger's guitar, pop gemologist and a new music eclectic who mixes up jazz, folk, noise and neovaudeville, harsh, irritating and packed with ideas mixing anything and everything in his own no-man's land style. Chadbourne's most formative influence is free jazz: Charles Mingus, Eric Dolphy, Pharoah Sanders, Ornette Coleman, as well as England’s free improviser, Derek Bailey. Raised in Boulder, Colorado, Chadbourne took up guitar at the age of 11: ‘I was the third boy in my grade school to actually get a guitar following the Beatles’ appearance on the Ed Sullivan Show. I was the first to actually learn how to play.’ Hendrix, in particular, became an important influence, prompting him to begin experimenting with distortion pedals and fuzz boxes, as was protest singer Phil Ochs, an early rival to Dylan. Ultimately, however, he became dissatisfied with the conventions of rock and pop, and traded in his electric guitar for an acoustic one, on which he began to learn to play bottleneck blues. 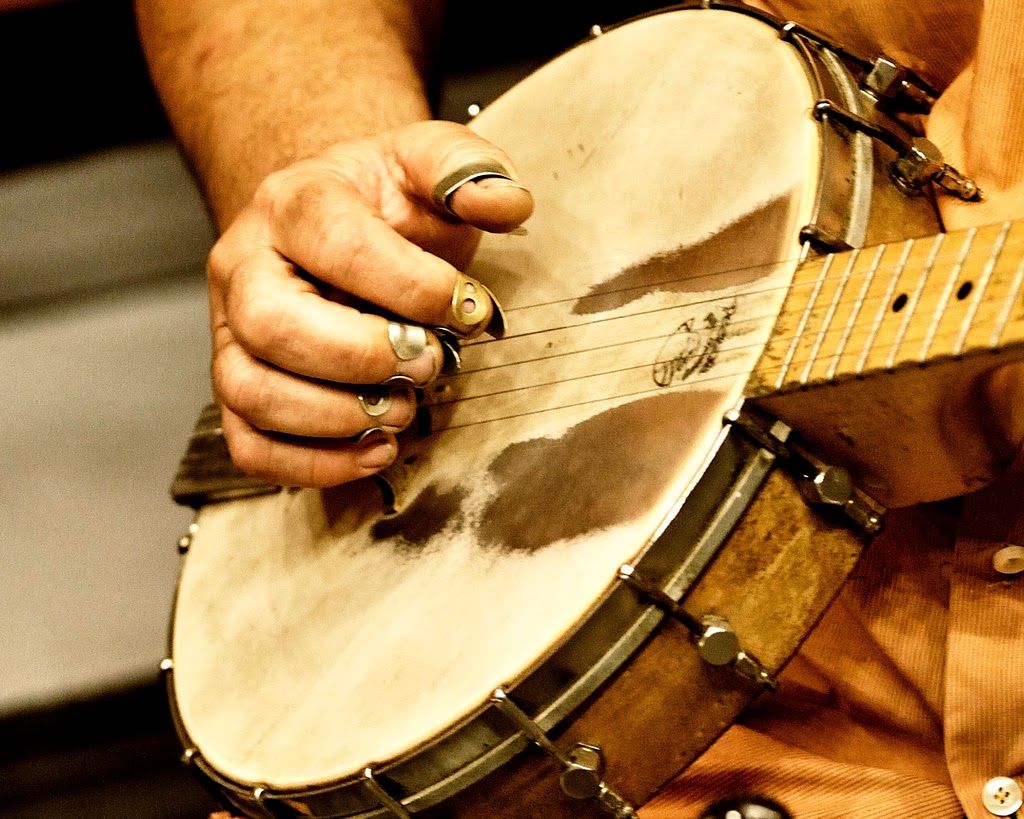 He worked for the newspaper The Calgary Hearld, and he has also been a reviewer for Allmusic and a contributor to Maximum RocknRoll. His debut recording, 1975’s Solo Acoustic Guitar had a suite dedicated to ‘Mr Anthony Braxton’ and was released on Chadbourne’s own Parachute label. After this he began collaborating with the visionary saxophonist John Zorn and the guitarist Henry Kaiser. He was also influenced early on by the experimental stylings of Captain Beefheart and the Mothers of Invention. A notable solo album, Songs (Intakt 026: 1993), features politically oriented originals, such as "Knock on the Door" and "Hello Ceausescu", and covers, such as Nick Drake's "Thoughts of Mary Jane", and Floyd Tillman's "This Cold War With You". 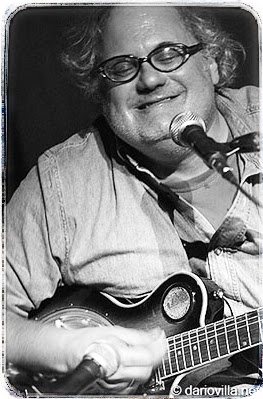 Chadbourne also fronted Shockabilly (1982–1985) with Mark Kramer (bass/organ) and David Licht (drums), releasing four eclectic albums. In the late 70s Chadbourne, John Zorn and cellist Tom Cora made notorious forays into the Midwest with country-and-western-and-improvisation implosions, called Free Improvised Country and Western Be-Bop, and his trio Shockabilly made rock covers into nightmare noise-rides. Shockabilly is a rockabilly/revisionist outfit that also featured well-known producer and power grunge guru Mark Kramer. With Shockabilly, a kind of demented rockabilly, Chadbourne tapped into the energy of rock music’s folk roots and made rock covers into noise rides. Two albums that Chadbourne made with members of Camper Van Beethoven include one side of Tim Buckley songs. He played at Derek Bailey’s Company Week in August 1990. 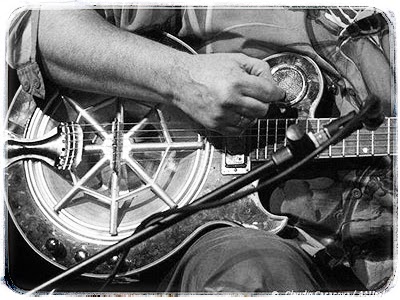 Chadbourne invented some instruments like the dogskull harmonica and the the electric rake, made by attaching an electric guitar pickup to an ordinary lawn rake. He plays a duet of electric rake and classical piano with Bob Wiseman on Wiseman's 1991 Presented By Lake Michigan Soda. 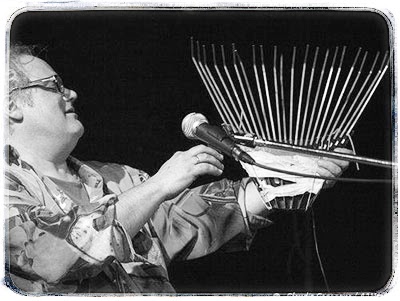 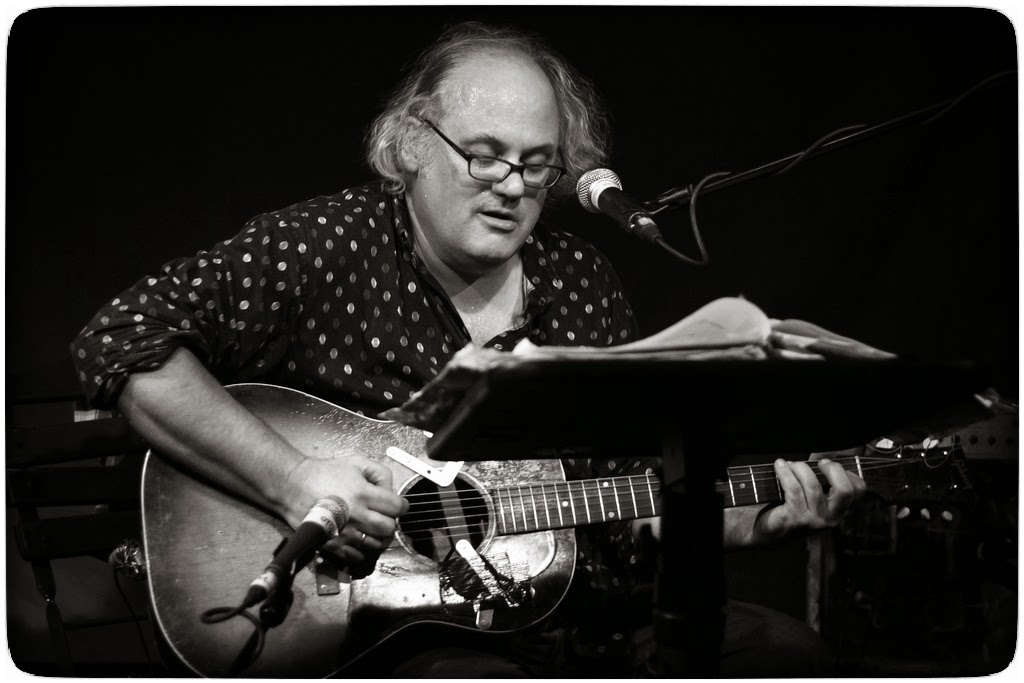 Chadbourne has resided in Greensboro, North Carolina since 1981. he continued exploring unique styles inspired by music from the four (or forty) corners of the globe, all the while issuing a seemingly innumerable string of records, most of them on his own Parachute label.

Absolutely everything. The price, the store, where it was located, how it felt and what we did with it!

These questions are related obviously. I cannot live without music but I am sure there are people that could. To some people music means less than nothing. I need it because it continually and literally saves me from getting into all kinds of other destructive shit.

I don't think you should think this way, it is not necessary. What if someone asked what the main pleasure was of a tapas bar?  The sheer amount of different pleasures is what is most important.

Which work of your own are you most surprised of, and why?

I'm not sure how any of it could surprise me since I am in on so much of the planning and conception. I hope it is a surprise for the listener, after hoping that there will be a listener.

Garage rock and folk music but the first sounds I heard from my parents were classical.

I can't single anything out, that's not fair. I will never forget hearing I am the Walrus on the radio the first time, but only because of everything else I had listened to.  But I am not going to give anyone else credit for the changes in my music, which is essentially all about change--but don't ask me if I have any spare change!

Sometimes I am looking for something no other musicians will be interested in so I can have some privacy in the situation.
I also like it when people think there is something broken with the equipment when they are listening to the music, so maybe that can be the metaphor.

That can be pretty good, entire concerts by made up bands as well as entire recordings by for example Captain Beefheart, music that only exists in these dreams.   Or strange band combinations like me with John Wayne (cowboy star) on lead guitar.  I also had a dream I was in a trio with two women, one played a vase and the other a pile of bricks. Great band!

Also important is Between the Buttons by Rolling Stones because I bought this with the collection money from my paper route-- I had the confidence my profits would cover the cost of the LP (Mono price 4.99) and I didn't have to wait!

"There is no competition."   Steve Lacy

"I like alcohol and I like playing music but I'm not so sure they go together very well."   Derek Bailey

"Stay on the case!  Or else you'll be in a case and it will all be over."  Rahsaan Roland Kirk

I have absolutely no interest at all in equipment.  Not to be in the same sentence as "fetish"--that word deserves to be used in the proper sexual context and not squandered on something stupid like a fuzz pedal.

An entire orchestra playing nothing but instruments made with rubber bands.

My special thanks to Mr. Chadbourne for his patience and PINCHY PINCHY kindness. :) 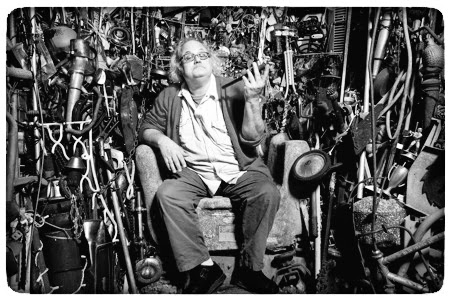