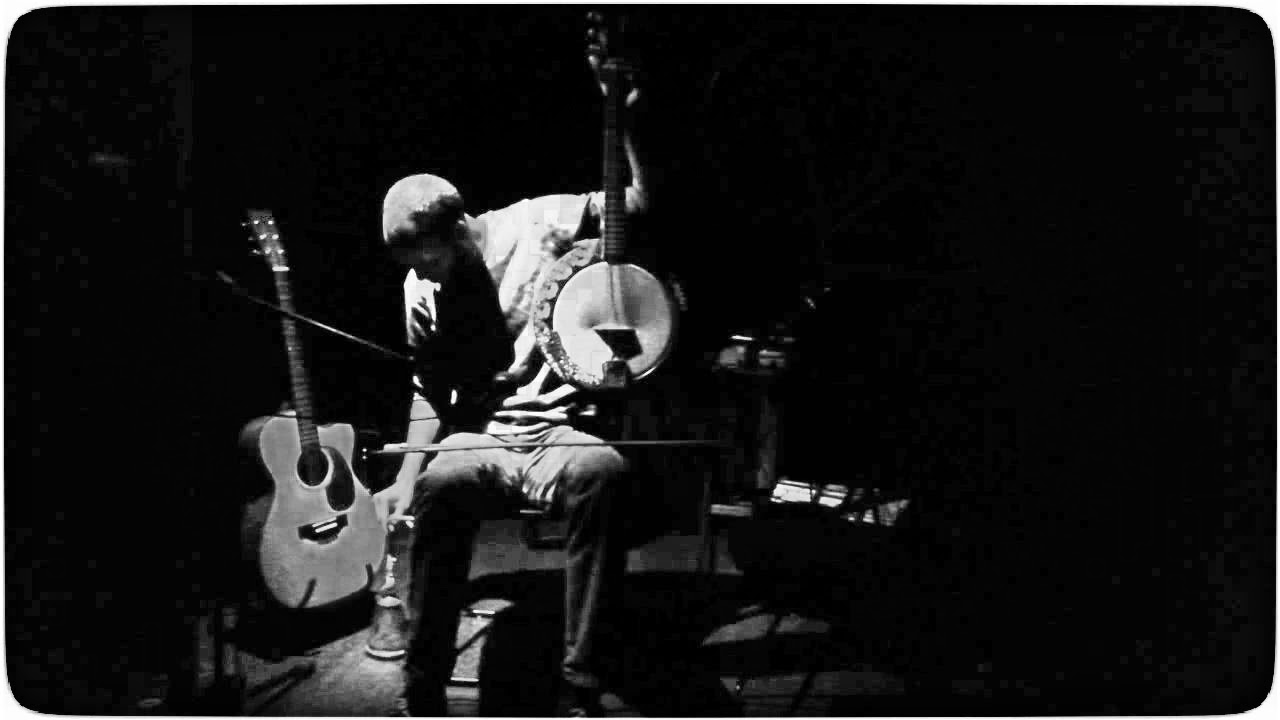 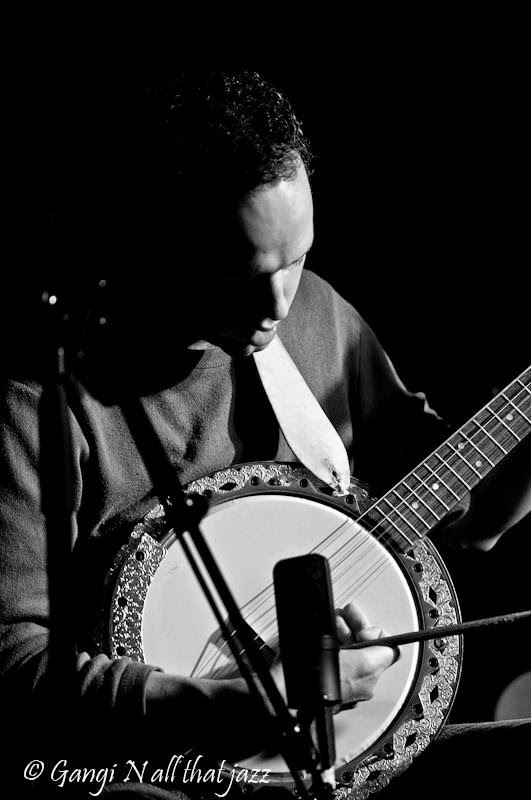 Photos Gangi N all that Jazz

The musician has developed a highly idiosyncratic style since releasing his first trio album, City Tail, in 2009. At the time, he tended to reference saxophonist Ornette Coleman's harmolidics and guitarist Jimi Hendrix pyrotechnics. With his trio and other groups he toured Europe in different Jazz festivals. 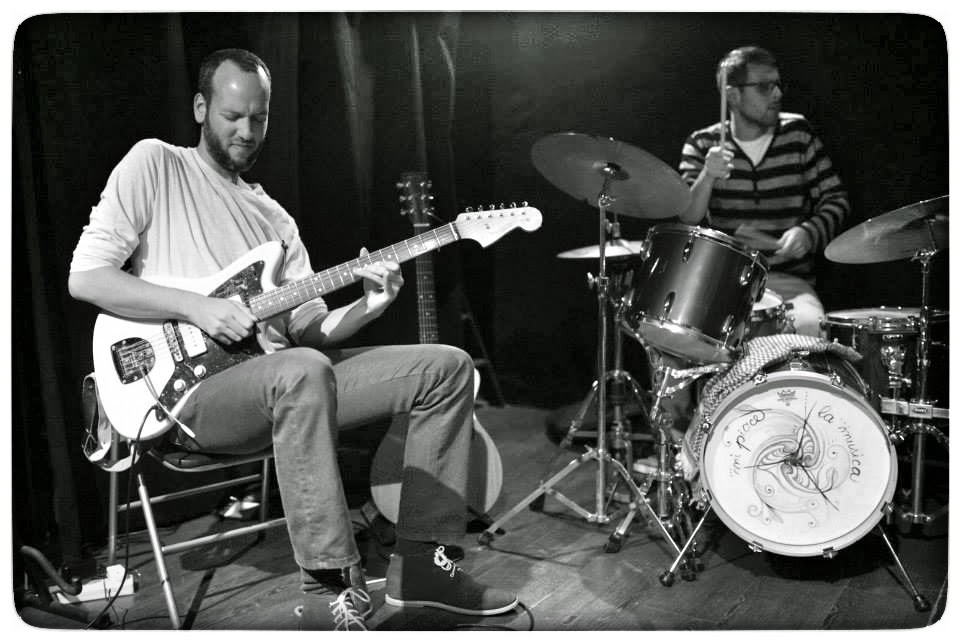 He has worked closely with many of Israel's top free jazz horn players, including Albert Beger, Harold Rubin and Yoni Kretzmer, and is one of the most active artists on the scene in Israel today.
Outside Israel, Ido  has also played with the Brazilian percussionist Airto Moreira,  percussionists Gunter Sommer Baby and trumpeter Axel Druner from Germany, saxophonist Frode Gjerstad from Norway, and with a Polish hard core free jazz quartet with the saxophonist Mikołaj Trzaska. 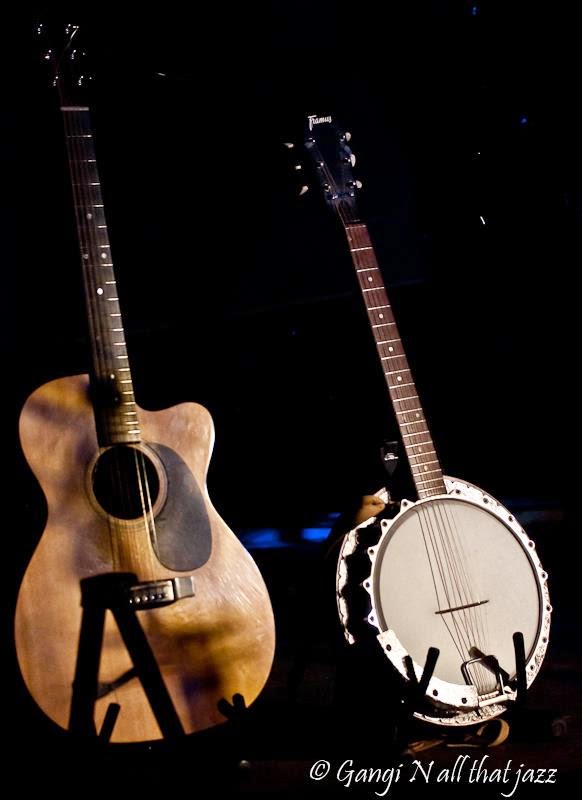 Ido Bukelman has played a large number of solo acoustic works since 2010. On his solo albums, as well as in his solo live performances, he opts for the acoustic guitar, adding also banjo bow, bells some percussion - all played simultaneously. 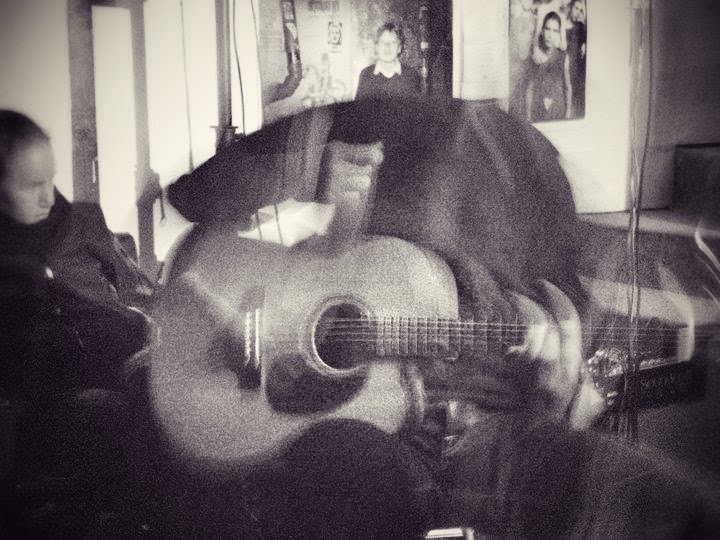 He is one of the founders of avant garde record label OutNow Recordings.

Ido is also an educator. He teaches improvisation, coaches and mentors groups that play free improvised music, at “Muzik” College in Tel Aviv.

Can you describe a sound experience that you believe contributed to you as a musician?

During the work on my second solo acoustic guitar album "The door", I suddenly felt a bit stuck.
I remember myself seating in my room, wishing for some new music, new inspiration, new "something" to come.

At that time I happened to hear for the first time of many, Eugene Chadbourne, Solo Acoustic guitar Vol. 2, 1976.

And then I literally almost flew with the wind that broke into the room from this old recording (this music will never get old). In his playing, Dr. Chad creates sound out of all that is around him. He uses different objects to build his spacey atmosphere - so loose, so wide, so precise. This listening opened me up, taught me to hear music in everything – everything goes if you listen close enough.
I immediately got up to set up my prepped guitar:I hung a rope with bells on it on my music stand. I took an old banjo (that was waiting to be revealed) and placed him on a chair. I did not cut the top of the acoustic guitar strings as usual so that they can hit the banjo (some in control, some totally random) making a new world of sounds. I suddenly got a secret ensemble inside my room, driven by my guitar.

I played with this new set up for almost 24 hours straight, took some sleep and then I went to the studio to play the last session of 'The Door'.


What can you tell about your first guitar?

My grandfather, Pinchas Bukelman, was a unique person. He was a leading educator in Israel. When he retired he became a heavy collector of junk. He used to collect things that he found in the streets, and any other place. In his big yard you could find every thing: planks, bottles, broken machines - you name it. He use to fix and build all kinds of things out of them.

Some day he found a broken classical guitar and fixed it. He was very happy with it and taught himself how to play, but when I had told him I wanted to learn guitar he gave it to me. This guitar still plays. 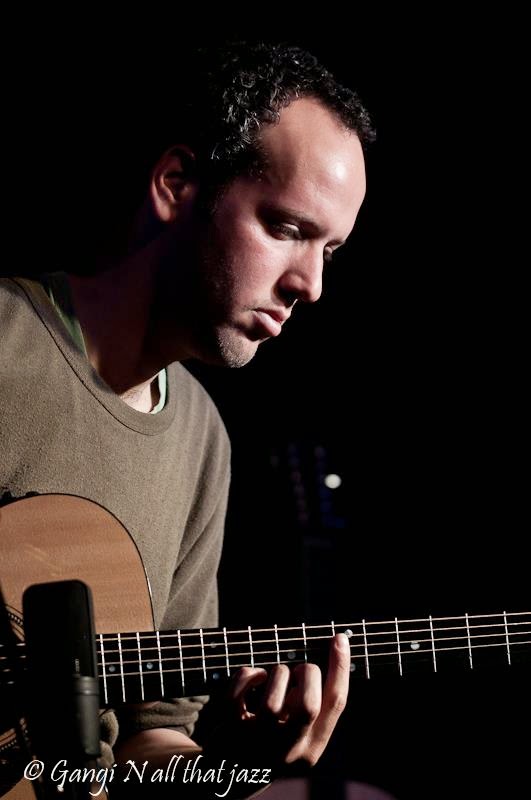 What was your first experince in improvisation ?

When I was 13 years old I gave one of my first concerts. I can't remember the piece, but I do remember practicing a lot on it. I was become pretty good at it, except for one particular bar.

I was very excited to play this concert. When I got to this bar I wanted to keep the high spirit, and not spoil the whole thing, so I simply improvised this one bar. it felt great.


with three special releases for this blog!

Cracked Song. My second album as a leader.

When I wanted to record the new music that I wrote for my Quartet (guitar, cello, double-bass and percussion) I had problems with my fingers - a common inflammation that affects guitarists who practice too hard. It was very painful for me to play and I had to cancel the recording sessions again and again. This annoying  situation has put me  on the edge. I just didn't know what to do with myself; I was eager to record that new music, to play guitar, to be. I realized that this problem won't go away so fast,   but I had to do my work, so I decided to do the session despite the pain.

Maybe what they say, that sometimes you have to suffer for your art, is true; but more important is to learn how to do it from joy.
After that experience I started revealing the solo possibilities, the acoustic guitar, the bowed banjo and so I  kissed my inflammation good-bye. My fingers are okay now.


The album turned to be the most reviewed of mine so far.
Maybe what they say, that sometimes you have to suffer for your art, is true. By definition, art must involve risk taking and leaping into the great unknown.
After that experience I started revealing the solo possibilities, the acoustic guitar, the bowed banjo and so I kissed my inflammation good-bye. My fingers are okay now.

Which was the first record you bought with your own money?  What were other early records you bought?

"Art of the moment" by the Albert Beger Quartet. Since the moment I heard Albert, when I was 16 years old, I wanted to work with him. I felt he shall be real teacher for someone like me. Ten years later this dream came true and I played with him as a sideman during two blessed years.
After "Art of the moment" I bought Dave Holland's "Conference of the Birds" and John McLaughlin's "Extrapolation".

The Poet Israel Eliraz wrote: “search within yourself for the sound you never stop hearing.”
in 2011 when Yoni Kretzmer and myself established
the label OUTNOW recordings we used this line as our motto

In the past, I used to write poetry, and today I mostly read. But I still feel very connected to this form of art. Maybe that is why I identify with creating solo works so much.

Where are your musical roots?

My dad used to play me Beatles and Paul Simon's records.
Later I've discovered jazz and fell in love with John Abercormbie, Egeberto Gismonti and Ralp Towner's eraly music. At some point I got tired of the 'ECM' mood and of guitar music in particularly. than i went deep into free-jazz: especially from the 60' and 70', and especially horn players.
I admire the solo percussion works of Milford Graves, Tony Oxly and Tatsuya Nakatani.
In the last years I've discovered contemporary chamber music (from Arnold Schoenberg through Morton Feldman to Brian Ferneyhough).
I'll allways like folk music: sometimes I can find a real happiness with obsolete Hebrew song (sometimes I have fun with making songs like that for my son). 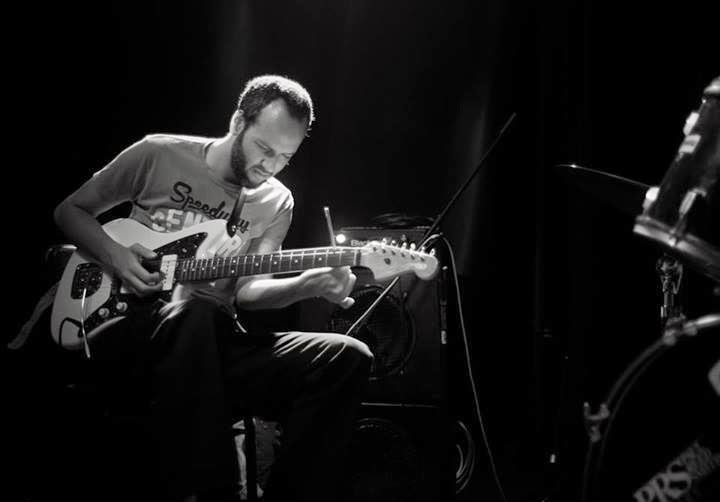 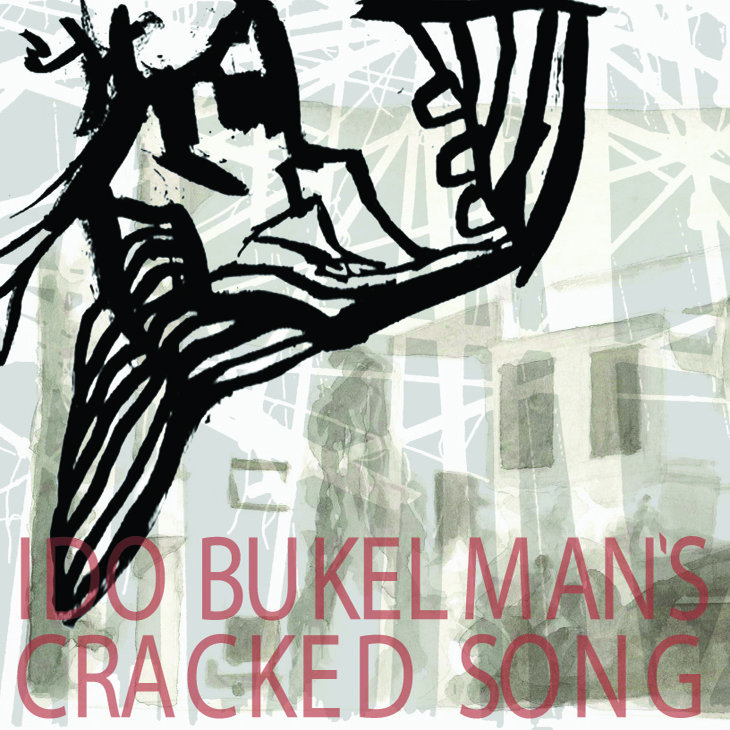 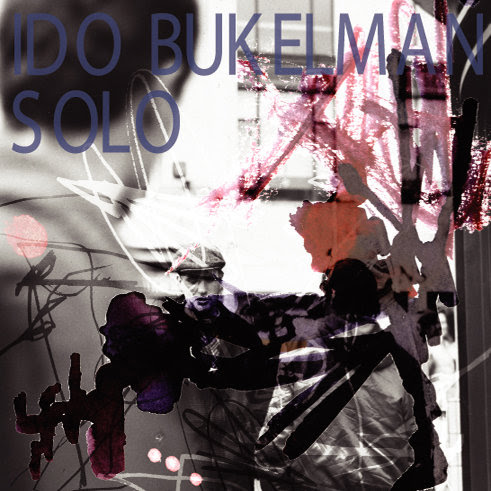 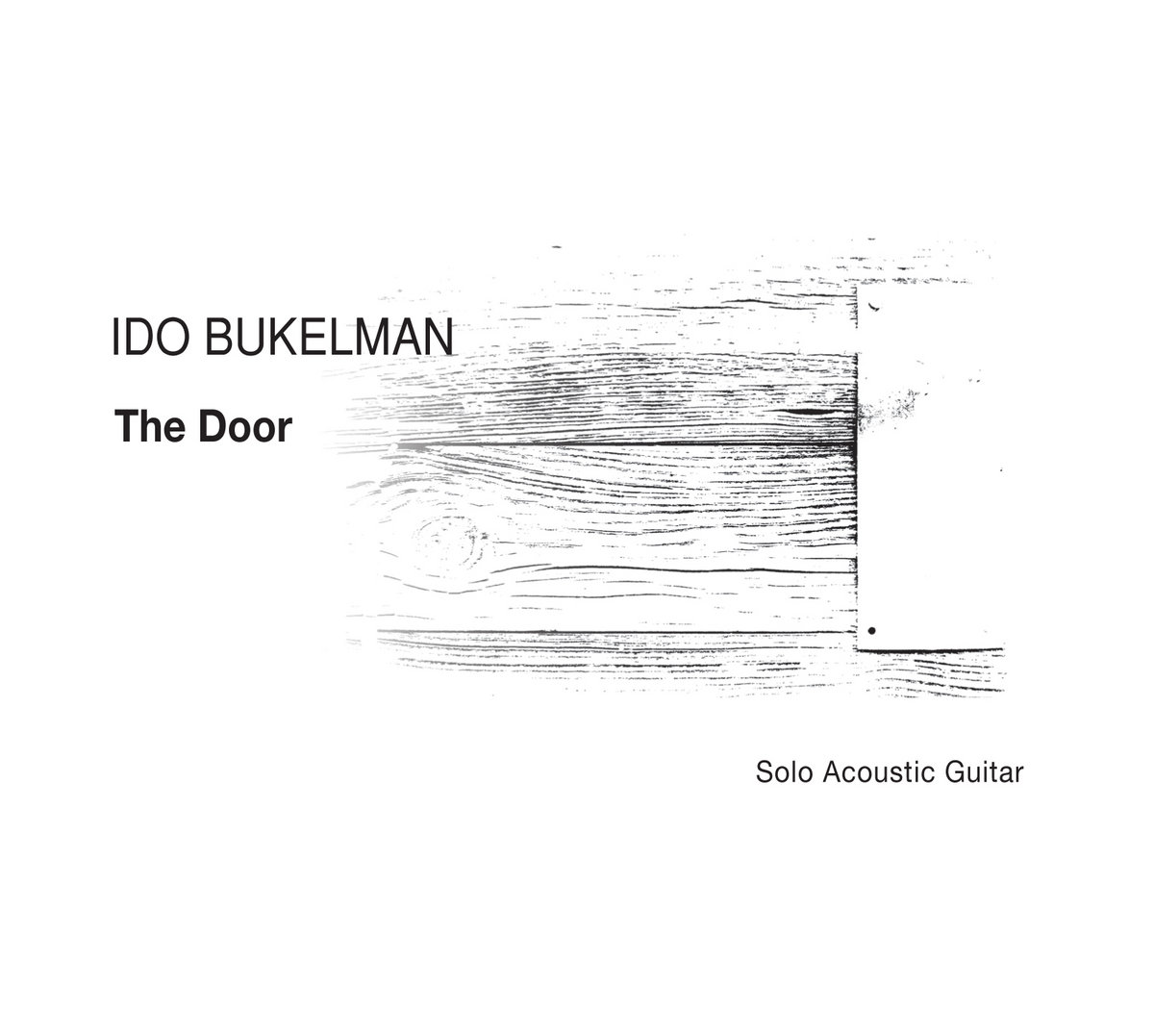 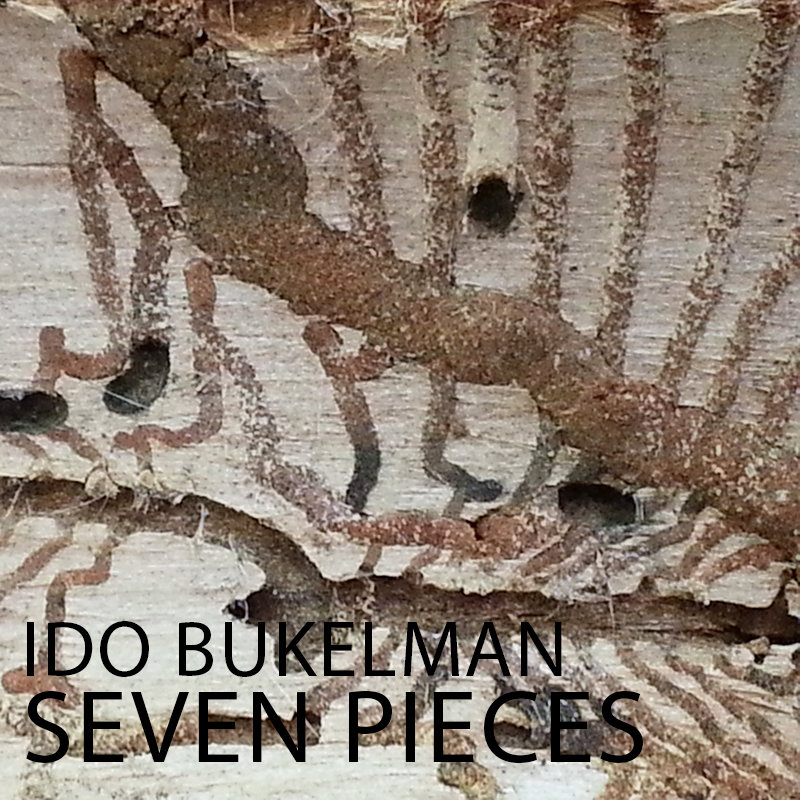 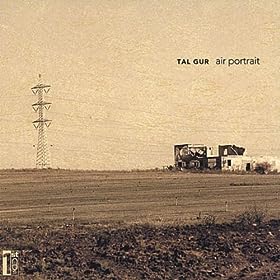 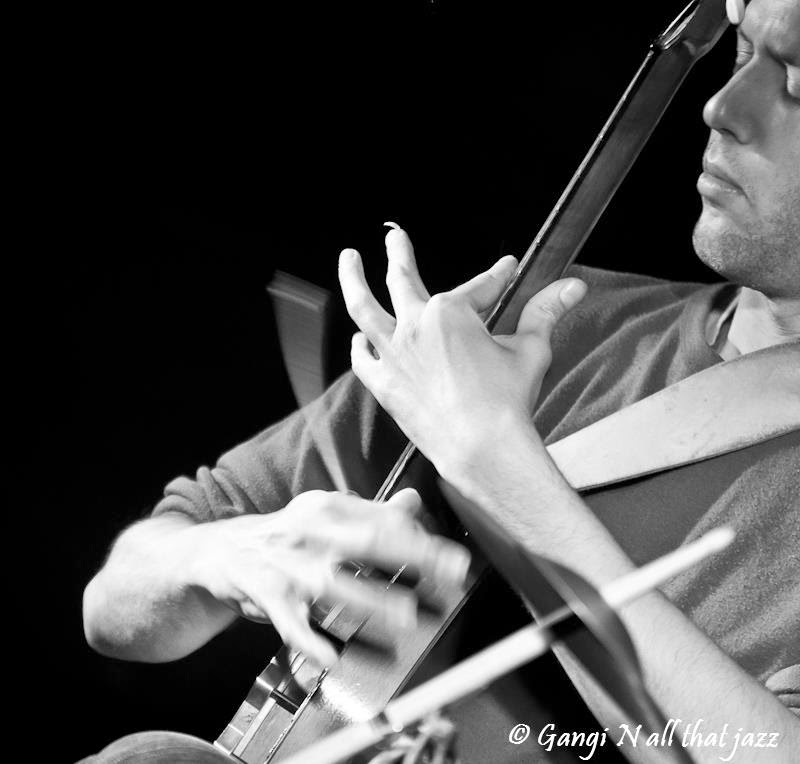