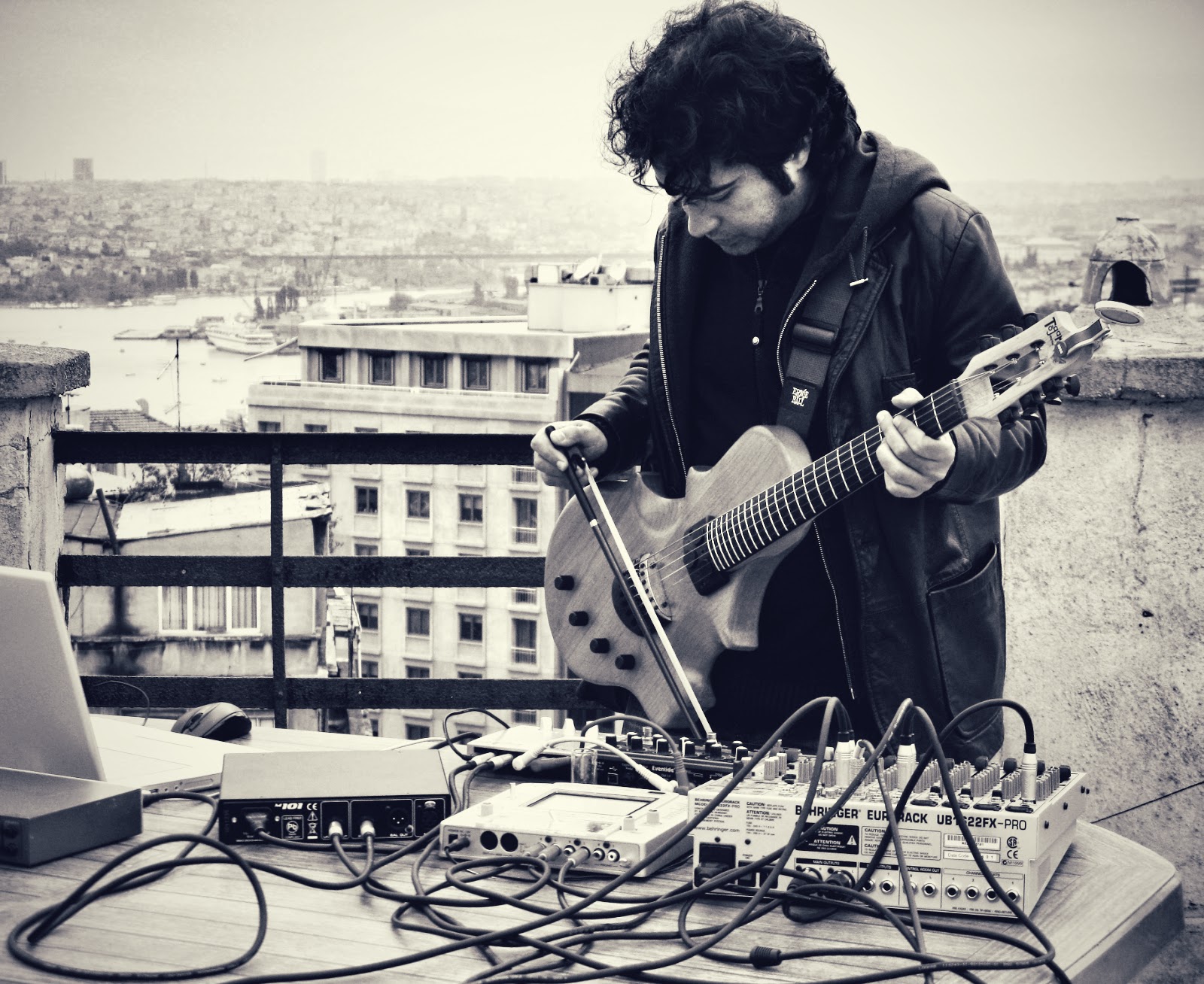 ERDEM HELVACIOGLU is one of the most renowned contemporary music composers of his generation in Turkey. He is an ambitious and accomplished composer, as well as a captivating performer and has several works to his credit and performances all around the world. His music has been performed and broadcast all around the world from BBC, ABC, WDR to Radio France. His compositions have been included in most prestigious festivals in America, Europe, Argentina, New Zealand, Canada, Korea, etc. 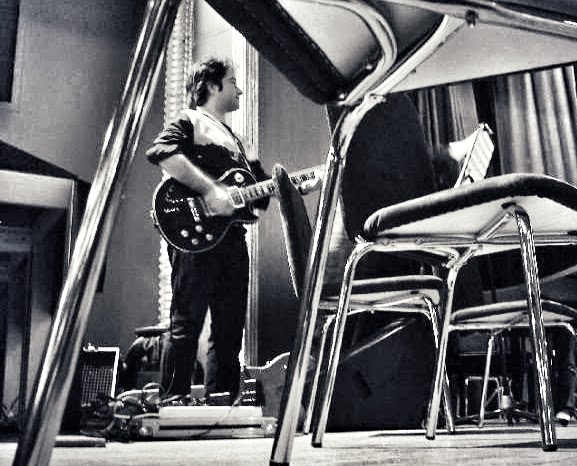 He has received numerous international awards for his electronic music. He has received commissions from the 2006 World Football Championship, TBA 21 The Morning Line, Borusan Center for Culture & Arts, Arter “Space for Art”, The Association for the Art of the Harp, Novelum Contemporary Music Festival, International Istanbul Biennial (IKSV), the world famous New Music ensemble Bang On A Can-All Stars. His sound installations have been included at such museums and galleries as 10th International Istanbul Biennial, Los Angeles Track 16, Indonesia Soemardja, Köln Museum für Angewandte Kunst, London Menier Gallery. He is also actively involved in composing for films, multimedia productions, contemporary dance and theatre. His film music has been heard at Cannes, Sarajevo, Locarno, Seoul, Sao Paulo, and Sydney film festivals and he received the “Best Original Soundtrack” award in the 2006 Mostramundo Film Festival. 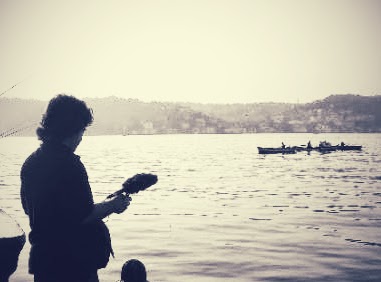 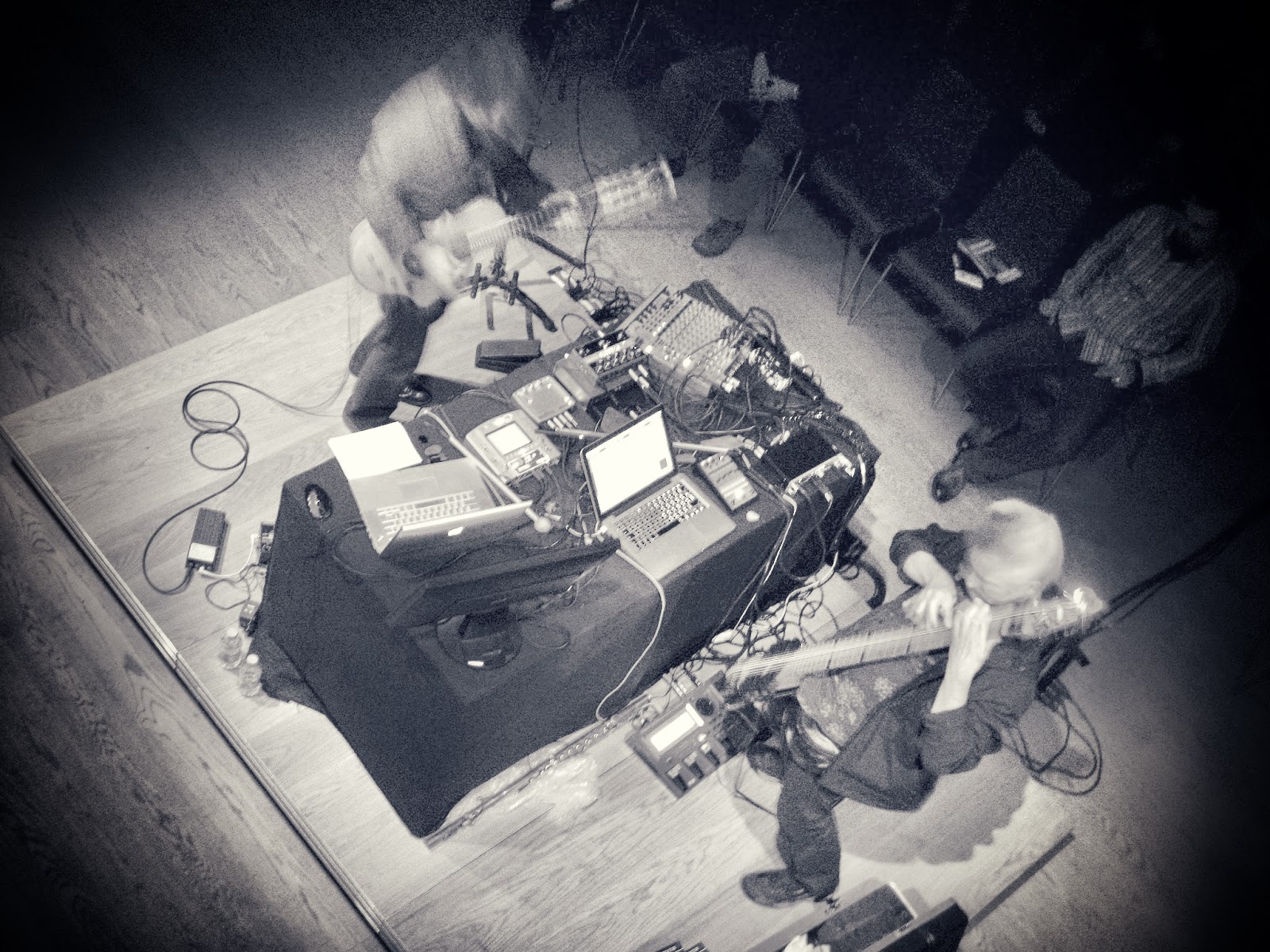 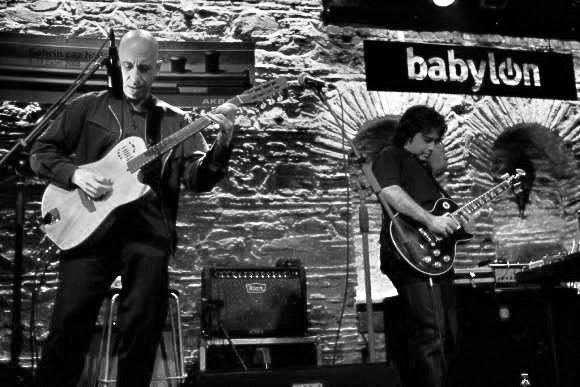 His solo sound installation exhibition “Freedom to the Black” has been premiered at ARTER in February 2012 and a book with the same title which includes the cd of the piece has been published. His album “Eleven Short Stories” which consists of his solo prepared piano pieces has been released by the American label Innova Records in March 2012. His solo album “Timeless Waves” has been released in April 2012 by the prestigious contemporary electronic music label Sub Rosa Records. The other albums of Helvacioglu that have been released in 2012 are “Erlik Khan” with Bruce Tovsky, “Planet X” with Ulrich Mertin and “Fields and Fences” with Bill Walker”. His latest record “Esther’s Memory” recorded with the American percussionist Stuart Gerber, has been released by Aucourant Records in 2013. Currently Helvacioglu has been working on the new collaborative album with Nathan Larson, Nina Persson and also working on his new solo pieces.

The first records that I bought with my money were Bon Jovi “Slippery When Wet” and Def Leppard “ Hysteria”. I was very interested in hard rock when I was eleven and twelve years old. I remember how impressed I was with the production quality of the “Hysteria” album. I think my obsession with very high quality sound production (in recording, mixing, mastering) has been due to albums such as “Hysteria” by Def Leppard, “Bad” by Michael Jackson.

My very first intrument was a cheap copy of Gibson Les Paul which was nearly impossible to play because of the bad action. You could put a sandwich between the strings and the fretboard!

For my guitarviol and live electronics setup, I use TogaMan GuitarViol, Ernie Ball volume pedal, Xotic Effects SP compressor, Proco Rat, Electro-Harmonix Micropog, Electro-Harmonix Freeze, Grace Design M101 preamp, Eventide Timefactor, Eventide Space, Alesis Ineko and a laptop running Cubase. The signal from the Grace Design M101 preamp outputs go to Eventide Timefactor, Eventide Space, Alesis Ineko (connected in series) and to the laptop seperately for parallel processing.
For all these setups, the total number of channels to be recorded are 5, one being the main guitar signal and 2 other stereo parallel processing outputs.

One of the albums that I have been surprised by has been “Black Falcon”. That duo work with Ros Bandt is an album entirely based on improvisation and recorded in a half day session. Although entirely improvised, the album flows very naturally and elegantly. We have not played together with Ros before the recording session. I have been surprised by how well we managed to listen to each other and play in synch emotionally.

Music needs to inspire me to come up with new perspectives about anything and everything. Just like a philosopher, the composer needs to bring up new ideas, concepts, perspectives on the table. This is what I have been trying to achieve as a composer.

My roots range from many subgenres of rock and roll to electroacoustic music, from more popular musics to avantgarde, academic styles. As a guitar player, I have been very much influenced by David Torn’s style. He has been someone who have inspired me to think about guitar as an instrument to create textures and various sounds on, not just an instrument to play rhythm or solo on. As a composer, I have been influenced by the works of Kaija Saariaho. Her subtle use of electronics have inspired me to think about live electronics in a fresh way.

Since I started playing guitar when I was eleven years old, I have always been interested in composing, ranging from solo pieces to big scale works. Coming up with sonic ideas has been great fun for me as well as a learning experience.
My motivations for composing range from solely abstract musical ideas to nonmusical stories, thoughts. For instance, my motivation for “Altered Realities” was to come up with a unique solo acoustic guitar and live electronics album. The motivation for the “Resonating Universes” album was to compose a piece where I explore the limits of sonic experimentation based on concert harp, electric harp and çeng. On the other hand, the motivation for the “Timeless Waves” album was to compose a work where I explore the six basic human emotions through the use of guitar and sin waves.
Whether motivated by abstract musical ideas or nonmusical stories, thoughts, I try to create as convincing works as possible.

The main benefit is the ability to be able to reach out to your fans instantly and without a barrier in place. The other benefit is affordability of recording equipment. If the recording technology have not been affordable, it would have been much harder for me to sustain, even start my career. Being both the producer, sound engineer and the recording artist of my projects have been very beneficial. The challenges are many such as : To find your true fan base in a very diversified music scene, to be able to create a sustainable income with recordings in the world of streaming.


Erdem Helvacıoğlu sampling the Bang on a Can All-Stars


What's the role of technique in your work: playing, production, recording, internet sharing...

I have always been interested in cinema. Because of this interest ideas from various movies translate into my work more often. Anthing from a line in a script to a unique cinematography can be inspirational in my musical output. Besides cinema, abstract painting has been inspirational in giving me new ideas about textures, and architecture has encouraged me to think about new ideas about musical form.

My composition and sound engineering professor, Pieter Snapper, has given me valuable advice about composition and sound production. One advice that I remember him saying is “A composer needs to be in control of his/her material all throughout the work.” The idea of control over your sonic material and emphasis on detail has been very helpful in my career.

Although it is not a guitar based project, the album “Toward the Night” by composer Somei Satoh has been influential and has provoked a change in my music. His minimalistic approach, spare use of material, the way he creates tension and form have inspired me to make use of these elements in my music too.

I have six albums ready to be released, all of which I am very excited about. During the Gezi Resistance which took place in May, June last year, I did many hours of field recording which were later edited to a finalized 60 minute work titled as “Sounds of Resistance”. This composition will be published as a book and a cd in the fall. An electroacoustic album – entirely based on the soundscape of the city Marseille - titled “Marseille Listens to Marseille” will be released by Starkland Records by the end of fall. The American record label Innova Records will release my solo prepared piano and solo guitarviol albums next year. I plan to release my solo electroacoustic album “Glass Men” and the duo project with Luo Chao-yun through my record label in the coming years. 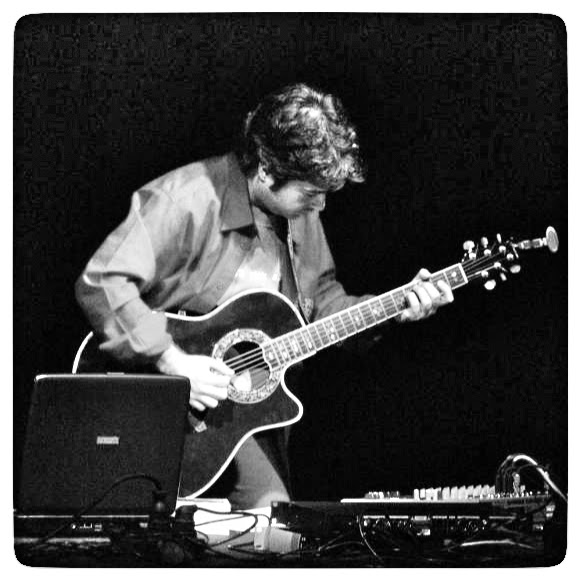 Besides these recordings, I will start composing a new cello and electronics piece for Ashley Bathgate in the fall. I plan to start recording a new solo acoustic guitar and live electronics album in the coming months. For a few years, I have been working with composer Nathan Larson and Nina Persson (the singer of the world famous band The Cardigans) on a new trio album project. We plan to finalize that project next year. 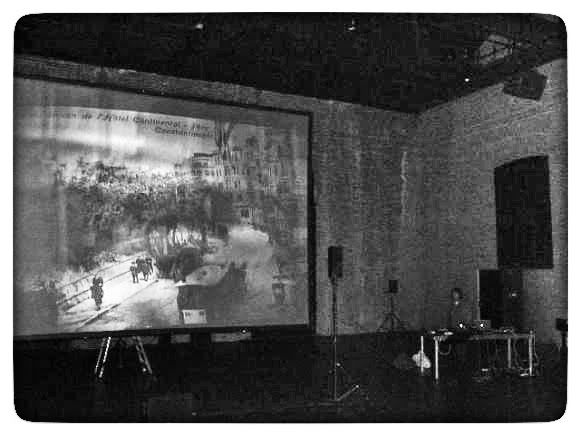