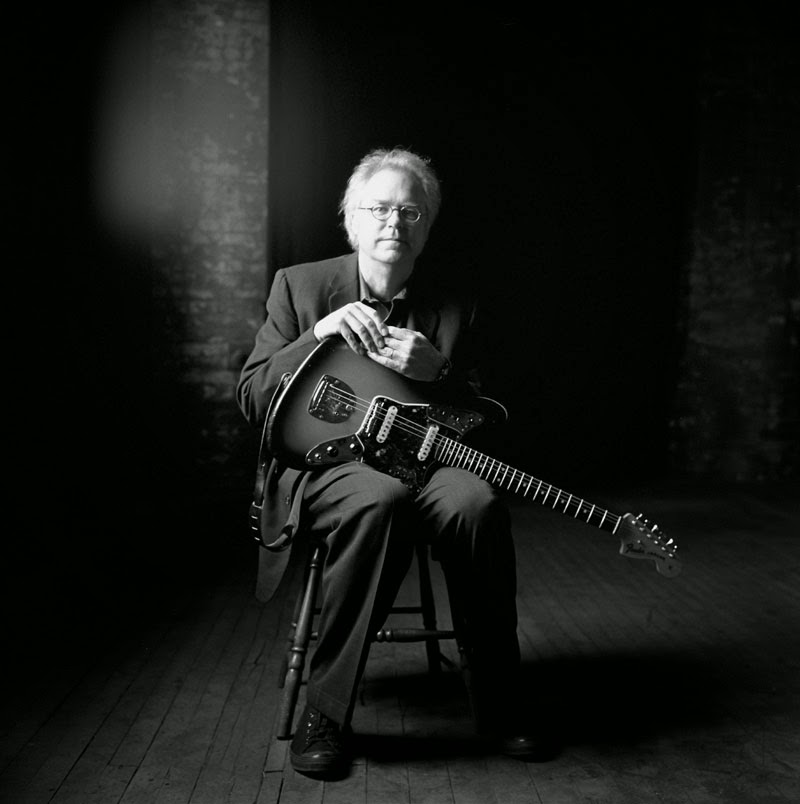 Wire, the British music publication has observed, "What's really distinctive is Bill Frisell's feel for the shape of songs, for their architecture; it's a virtuosity of deep structure rather than surface." Bill explains this sensibility to Guitar Player, "For me, it's really important to keep the melody going all the time, whether you are actually playing it or not, especially when it's some kind of standard tune or familiar song form. A lot of people play the melody and rush right into their solo, almost with an attitude of 'Whew — that's out of the way, now let's really play!' Then they just burn on chord changes, and it doesn't relate to the song anymore. I like to keep that melody going. When you hear Thelonious Monk's piano playing — or horn players like Ben Webster, Miles Davis and Wayne Shorter — you always hear the melody in there. Sonny Rollins is the classic example of that — I've read that he thinks of the words while he's playing the sax, so the song really means something to him. It's not just an excuse to play a bunch of licks over chord changes." 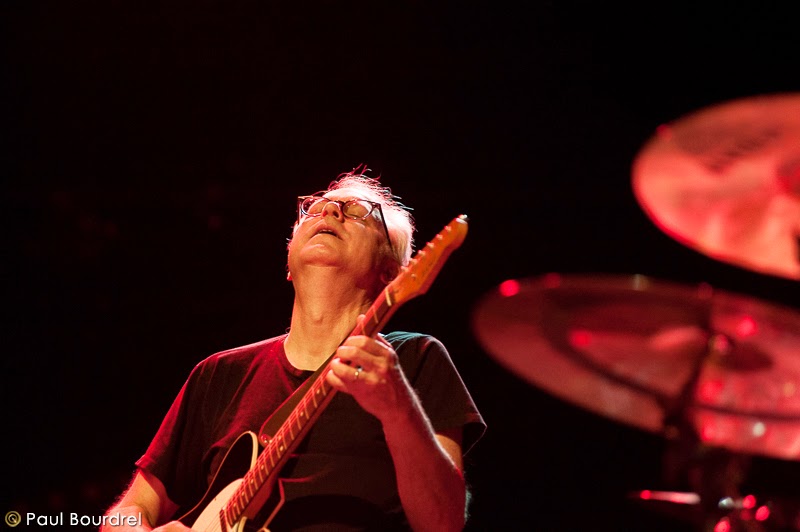 Much has been made of the uncategorizable nature of Frisell's music and the seamlessness with which his bands have navigated such a variety of styles. "Frisell's pals just happen to be superb musical chameleons, up to every change of gears and genre the guitarist's catch-all music throws at them. The band even comfortably follows the leader onto Country and Western turf, as Frisell often approximates the whine of a lonely steel guitar." (Minneapolis Star Tribune). Bill's comments to the same publication: "When I was in Colorado, I never really played that country stuff or even liked it that much, though it was all over the radio. But as I got older, it crept into my music a lot." In fact, the Chicago Tribune observed that "Frisell possesses not only impressive compositional skills but also a remarkable ability to encompass seemingly antagonistic musical genres." Commenting on his eclectic compositional inclinations, Frisell told Down Beat, "When I write something, it just sort of comes out. I'm not thinking, 'Now I'm going to write a cowboy song'. It just happens, then I usually think about what must have influenced it later. When I sit down to write something in a certain style, it doesn't work. I don't know if that's important or something I need to do, or if it doesn't matter. I don't care; I'm just thankful something comes out sometimes."


3. What was the first solo you learned from a record — and can you still play it?

Hmmmm. I'm not sure. I used to play along with an Astronauts record and a Ventures record, so I sort of learned “Pipeline.” “Walk Don't Run,” Wipe Out” — songs like that. A couple years later, I remember figuring out the chords from Marianne Faithful’s “As Tears Go By.” Later, I would play along with Paul Butterfield albums. I liked Mike Bloomfield a lot.

Then, in about 1967, I learned Wes Montgomery's “Bumpin’ on Sunset.” Soon after that I started to try to learn real "jazz" solos, like from “Round Midnight” Wes’ first record. Then, Miles Davis’ solos from Kind of Blue and ESP, a bunch of Sonny Rollins — like “No Moe” and “St. Thomas.” Then Ornette Coleman, and John Coltrane. Some of this I can still remember. Hopefully, it's buried down there someplace.

I'm not sure which recording I'm most proud of. I sort of see them all as one big work in progress. They never feel finished. I'm always looking towards the next one.


5. What's the difference between playing live and playing in a studio?

In the studio — if you can afford enough time in there — you have the opportunity to go back and fix things, polish, try it again, make it better, make it worse, and go crazy. Live, you just go for it. Hopefully some of that happens in the studio. For me, both situations really feed each other. I learn things in the studio that I can then do live, and vice-versa.

Boy, that's a complicated question. Gigs — I think they're all good. If we’re lucky enough to be playing anywhere, we have the opportunity to get that much closer to where we're taking the music. Sometimes it feels great and sometimes it hurts.

Bill Frisell and the 858 Quartet play music inspired by the photography of Mike Disfarmer.
For more information visit my photography site for an event recap. http://www.rubatophoto.com/bill-frisell-disfarmer

I just try to get to whatever it is I'm hearing in my imagination. It doesn't matter whether it's electric or acoustic.

Hopefully I sound like myself on both. I think everybody has their own sound and it has a lot more to do with imagination than whatever instrument you happen to be playing.


We Have Signal: Bill Frisell.


10. Do you sound like yourself on other people's guitars?

I've been unbelievably lucky to have had the chance to play with everybody I've played with. It's insane. I feel like I must be dreaming or something. How did this happen. Then, it would be nice to play with Sonny Rollins, or Bob Dylan, or Wayne Shorter, or Dolly Parton, or Levon Helm, or Mavis Staples, or Aretha Franklin, or Ornette Coleman, or Stevie Wonder — or, you know.


12. What dead artist (music, or other arts) would you like to have collaborated with?

I have a concert coming up at the end of January at Zankel Hall. I'm trying to write the music now. It will be with Jenny Scheinman on violin, Eyvind Kang on viola, Hank Roberts on cello, Ron Miles on cornet, and Greg Tardy on tenor saxophone and clarinet. There will be visuals by Jim Woodring.