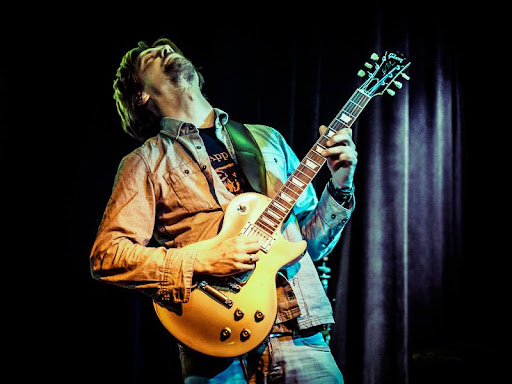 His musical output spans wide over the musical spectrum: from solo guitar shows (as recorded on “Night Guitar”), Anders Nilsson Group (a rhythmically oriented 5-piece band in NYC), Anders Nilsson’s AORTA (a jazz-rock type band in Sweden), to co-leading Fulminate Trio together with percussionist Michael Evans and bassist Ken Filiano, Hot & Cold (guitar duo with Aaron Dugan), and Exposed Blues Duo with vocalist Fay Victor, to being featured as special guest in other settings. He moved to New York in 2000 after having received jazz and classical guitar training and having worked as a musician and guitar teacher in Sweden for a number of years.

He has since performed and/or recorded with many musicians associated with the blues/jazz/experimental paradigm like Sabir Mateen, Raoul Björkenheim and Gerald Cleaver (in Kalabalik), Eugene Chadbourne, Paquito D’Rivera, William Parker, Elliot Sharp, Fay Victor Ensemble, poets John Sinclair, Bonnie Barnett, art-metal band Angelblood. Always into interdisciplinary interaction, he has collaborated with Butoh artist Akira Kasai and theatre director Doris Mirescu and video artist Arrien Zinghini. Nilsson’s work as a composer includes music for short films, dance performances, theatre plays, as well as a book of over 70 compositions including brief to epic works ranging from solo guitar pieces to large experimental ensemble works. Many of these works have been released on several acclaimed albums. I have mainly old gear - a phaser, some fuzz, distortion, tremolo, reverb, all analog.


Elliott Sharp asked me to contribute a solo recording for an upcoming compilation of XXI century solo guitar music. In his studio I recorded “Variazioni su un monologo Funambolico”. Cd due out on Cleanfeed in October!

I felt like I got comfortable with the studio experience, at my first day in one, at age 14 or so. I'd like to make a second solo album (after the initial overdubbed "Night Guitar" released in 2012 on the Soundatone label) next.

I'm only just beginning, if you stop learning = game over. Because of the guitar's fretboard design voice leading tends to get lost until you really hone in on it. This is the musical study of 2 or more simultaneous lines in music - polyphony, homophony. Articulation of an idea, expression, tone and dynamics are also in the foreground of my practice - aiming to make it all click for myself. Listening back to live group improvisations! I often forget what happened and/or what I played, because it's free form, no form or orchestral arrangement has been agreed upon, which can lead to unexpected and interesting aspects of group interplay. There was a recent tape with myself, Ras Moshe on tenor, and Andrew Drury on drums and percussion that had really ferocious energy, inspired ideas, and happening articulation (hitherto unreleased). Sometimes I get very positively surprised.

Oh yeah, I'm glad you ask this question. Books give me a lot of food for thought. For example I wanted to become less uninformed about the history of the middle east so I read Tariq Ali's "The clash of fundamentalisms - crusades, jihad and modernity", Malcolm X's autobiography is unshakable, lots of "noir" - Jim Thompson and Charles Willeford especially, Rumi and some other Sufi guys wrote really beautifully - they give you something to return to, and autobiographies. Some other things that stimulate me: going to art exhibits, watching science programs, nature, hanging out, food, and on a daily basis - the political atmosphere we have to relate to plus the constant need to untangle ourselves from falling prey to the mindless forces of mainstream culture and politics of today, waking up - chop chop!

I enjoy both, solo is very enjoyable, playing together with musicians you like is often even better.

Paraphrasing..... "Dynamics separates the boys from the men in this music. " -Ken Filiano

Gnawa music of Marrakesh "Night spirit masters" because of the weight of rhythmic propulsion and making a simple melody intriguing.

Respectable qualities: listening, contact, intuition and the ability to shock me.


Which was the first and the last record you bought with your own money? What were other early records you bought?

I think it was AC/DC "for those about to rock" in '84 or '85. The most recent is a compilation of old New Orleans recordings.

I employ anything that comes to mind, I rarely work on these techniques (aside from alternate tunings) though - Shoe strings, 2 slides at once, several distortion and fuzz pedals simultaneously at low volume etc.

I am working on more solo guitar pieces and have the idea that I'm going to publish some of them in a book in the future, a second solo record, Anders Nilsson Group is a 5-piece heavy on percussion I'd like to record with. Also I have some ideas involving comics, film and my guitar driven music. It would be interesting to write pieces for an instrumental group in which there is no guitar; string quartet and percussion, or a piece I've been sketching out for harp, Oud and muted trumpet.

Get the recordings through the links below or contact the artist directly via email: Earraticart (at) gmail.com enjoy! 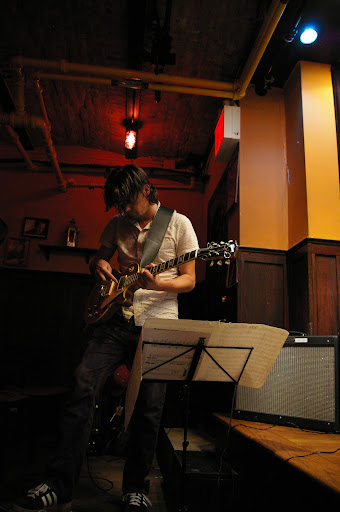