THE RIGHT OF IMPERFECTION 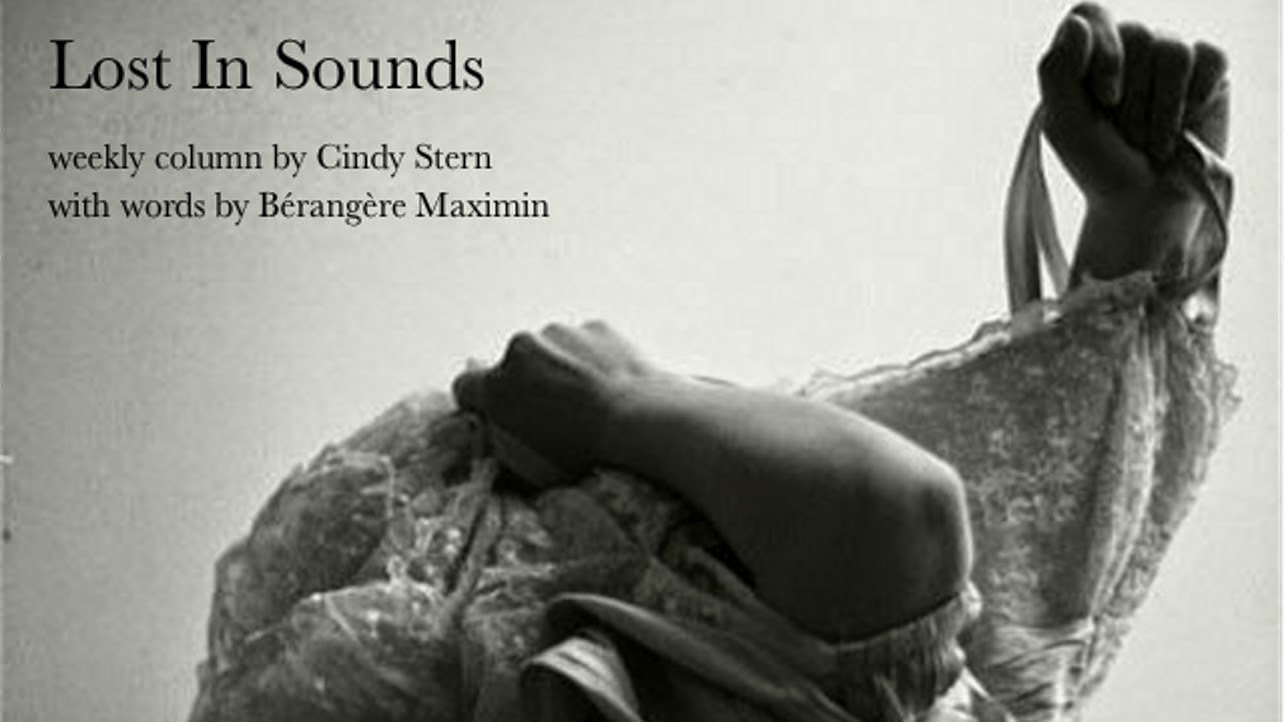 My brother once told me that hearing birds sing on his way home from work reminded him of my music. I cracked a smile, that was lovely but even though he saw my reaction, this confidence put him in some sort of muted embarrassment. It has always been awkward to him to talk about music and he thought he appeared once more as the one who does such dull remarks. The naivety of it sincerely touched me, refreshing, unlike the sound of my own voice mulling over some intricacies which would leave him cold. Courage, what it takes with all energy to keep on one's own path, that's something my brother understands though. We've always been able to keep the conversation going on that matter.

Just that we wouldn't have the same examples in mind, he would mention some great politician or self-made business man, the archetype of a successful career with money and fame, while I would go with more unfamiliar profiles. We perceive the world from opposite sides. I see the start of the loop, the necessity of the transgression while he catches the late release, the echo, the impoverished vibration, the achievement. The fact of learning life by oneself isn't a proof of integrity or nonconformism. Some people got instincts for reproducing and talent to fit the mould, the perfection of the moment, the trend.

Perfection is ephemeral. The Beatles stood as the perfect music of their time, and back in those days, every guy on earth would buy himself an acoustic guitar and waste your party howling over their pitiful riffs. Well, the very same with turntable and laptop nowadays. Music of today is supposed to be perfect because of computer assisted fxs and metric, well hearing how bad and systematic the compression and other 'sonic collagen' sound, I doubt perfect's the right word. The Machine Music isn't monochrome. Clever minds always work their way out of pre-established systems and hijack or use softwares to their limits as the best part of the exploration, creativity out of reasoned lexicon.


Personal utopia, impossible desire, weakness, strength, fear - all converge to form a tight flow of thoughts, together with the flux of blood, the internal clock that produces an original groove for a unique apprehension of the world and a keen attention to human sensitivity. The gesture, the relationship with the machine, all mystery, not in a sense of some obscurantist magic - a long reverb one would apply to some empty pattern - but a complex chemical reaction, a polyphony. Mystery stands in imperfection, the avant banging beats, more primitive than them, the proto beat, or throughout desolation, the desert, the glitches and rumbling, the infinite grey sky over some nostalgic landscape, anyhow the best reflection of one's mind still. The cracks of the skin, the traces that time's  left on the body, there are the perfect scores.

To illustrate Imperfection in music, I could have picked many examples from early garage punk to pop through jazz and I am sure a lot of people could come up with a completely different list but this is the 6 references that popped out of my mind straight :

"Faust was never about being professional or expert musicians" says Jean-Hervé Péron. "If it was worthwhile material it didn't seem to matter that it was captured on a little cassette deck or through a busted microphone: the imperfections created by marginal gear and equipment as well as the very character of the recording devices themselves became as integral an element of each piece as any instrument".

Cabaret Voltaire well, the very early Cabaret Voltaire Richard H. Kirk : "The music that’s made now is very slick. Everything is programmed, and everything is perfect. With Cabaret Voltaire, in the ’83-to-’85 period, there were a lot of electronics, sequencing and drum machines—but there were also a lot of real instruments involved. It was quite messy, really. It wasn’t in perfect time, unlike so much that comes out today. We simply didn’t have the technology to do it. So maybe that’s one aspect of the appeal; the music had a lot of imperfections."


Then the snap and crackle of pop... Philip Jeck : "While it would be fair to argue that most of us think of vinyl as an attractive but antiquated musical means, the 56-year-old's interest isn't necessarily in the recorded music itself".

We will now move from scratchy vinyl to skipping CDs and Oval who make such a sensuous music out of this. Markus Popp's notorious technique involves damaging CDs in creative ways--using paint, acetone, tape, and gouges--and collecting loops from the skips and glitches produced when the impaired discs are played, and he makes a beautiful noise!

Oval are widely considered to be the pioneers of glitch, an electronic genre that embraces digital imperfections. Whereas many glitch artists’ works are recorded with an intentional lo-fi aesthetic, or exploit technological malfunctions, Oval came to be known for their unique compositional approach. Their innovative – and controversial – method of producing music involved intentionally damaging CDs (with anything from felt pens to knives) in order to mutate the sound produced, and the resulting audio was then looped. Parallels can be drawn with John Cage’s piano preparations; just as Cage reimagined the acoustic instrument, and employed a seemingly destructive approach to the instrument for compositional purposes, Oval did the same with digital equipment. J. Wadsworth, The Oxford Culture Review.


Well we can't do a piece on this subject without mentioning William Basinski and his wonderful The Disintegration Loops which are based on his attempts to salvage earlier recordings made on magnetic tape, by transferring them into digital format; however, the tape had deteriorated to the point that, as it passed by the tape head, the ferrite detached from the plastic backing and fell off. This gives the music such a strange quality and end up being an integral part of the music, and some of the most beautiful ever!

Alex Chilton's Like Flies On Sherbert ............. Well the day I bought this album i ended up at Peter Perrett of the Only Ones flat, the whole band were there, well put it on then ! so Peter did and it was like what the fuck is this !!!

And that’s exactly what Like Flies on Sherbert is—one very poorly recorded, haphazardly played LP. It sounds like exactly zero minutes were spent putting the songs together; the musicians just flung shit wherever the fuck they felt like it; and whoever was supposed to be in the recording booth was in the john hoovering blow—for the entire session. To be honest, I’ve never heard anything quite like it. It’s the epitome of slapdash rock’n’roll trash. I want to own 50 copies. I want to sleep with those 50 copies. I want this album played nonstop in my coffin, and piped out (like at 11) to horrified cemetery visitors through speakers on my tombstone.

One of the most interesting things about Like Flies on Sherbert—which combines five Chilton originals with five very odd covers by the likes of KC and the Sunshine Band, Ernest Tubb, and early sixties singer and one-hit wonder Troy Shondell—is that Chilton wanted it to sound slapdash, chaotic, and insane. It was Like Flies on Sherbert co-producer Jim Dickinson, the Memphis knob-twister who worked with everyone from Screamin’ Jay Hawkins to Big Star and The Replacements, who led Chilton, who was accustomed to a careful and methodical recording approach, down the primrose path to deliberate imperfection. “Before that,” said Chilton, “I’d been into careful layerings of guitars and voices and harmonies. Dickinson showed me how to just create a wild mess and make it sound really crazy and anarchic.” It was his first step away from formalism towards the gutter of punk, and the music he’d play solo and with Tav Falco’s Panther Burns. Michael H. Little, The Vinyl District.

Next up Royal Trux Twin Infinites often gets compared to Alex Chilton's Like Flies On Sherbert and funny enough early Cabaret Voltaire!

I saw Royal Trux live at CBGBs before i heard the album, also had a strange chat to Neil about Royal Trux when he was still in Pussy Galore. I had the first of their albums but it didn't really prepare me for this one. More electronic and yes like very early Cabs in places, a primal, atonal deconstructions of rock & roll, sprawling messy, god another album I was sort of waiting for, also like Sun Ra, Free Jazz, Albert Ayler, The Stones and you know you don't repeat albums like this, not part of a career path, and I do hate it in reviews when it is stated "much more polished than last album" usually means everything I loved polished out !!! Its the beauty of the imperfections and it is a masterpiece of sorts.


Last video, the fantastic Swell Maps..... They celebrate rock's imperfections—and do it perfectly.

They had these songs they fucked up somehow to make sound really dirty and low frequency, but they had these great songs underneath all this mess : "The group augmented their traditional guitar-drums setup with tins, boxes and typewriters, adopting sounds as strange and disparate as Captain Beefheart's psychedelic blues, cartoon soundtracks and krautrock. Again they made a beautiful noise just listen for the piano on this amazing track!

Possibly the most evocative example of imperfections in music : Christian Marclay's Record Without A Cover. When I tried to buy it in Tower Records in NYC I was told it is damaged ("I can not sell you this, it has no cover !")... I showed the salesman the title of the album !

When a record skips or pops or we hear the surface noise, we try very hard to make an abstraction of it so it doesn't disrupt the musical flow, I try to make people aware of these imperfections, and accept them as music. The recording is a sort of illusion, the scratch on the record is more real.
Christian Marclay.