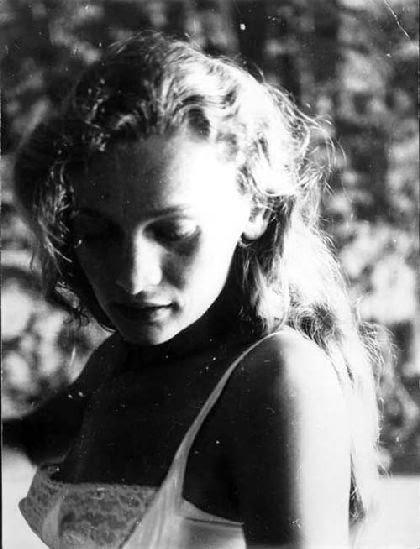 Eliane Radigue is a pioneer of electronic music. Working with the originators of musique concrete in the late 1950s, she helped define the sound of electroacoustic music. Radigue would soon turn away from the hectic audio collage that characterizes early electroacoustic music and develop a slowly unfolding style of purely electronic minimalism. Her utterly unique style is defined by the glacial movement of long drones over lengthy durations creating the sonic equivalent of meditative trance states. Hypnotic and supremely subtle, Radigue’s body of work remains one of the most singular collections in 20th century experimental composition.

Born in Paris on January 24, 1932 Eliane Radigue studied piano and harp at a young age. Her earliest work began in the ‘50s, but nothing would surface until the late ‘60s. Radigue met Pierre Schaeffer, the founder of musique concrete, in the early ‘50s. She was living in Nice at the time with her husband, the American artist Arman, and their three children. Radigue would travel to Paris to work in Schaeffer’s studio. In the early ‘60s she became Pierre Henry’s assistant. Arguably the most crucial figure in the development of musique concrete, Henry’s studio proved critical to the development of Radigue’s work. She created some of the sound that would appear on Henry’s albums at the time. She moved to Paris in ’67 to work with Schaeffer and Henry. As Radigue’s own work developed, the two mentors felt that her techniques and results were too distant from the strict dogma of musique concrete.

At the time Radigue was using microphone feedback and long tape loops to create icy drones. Even at this early stage, her work was focused on slow development and duration rather than the frenetic, decontextualized sound collages of French electroacoustic music.

Realizing she was on a different path, Radigue took a position at the New York University School of the Arts in 1970. It was there that she worked with American musicians interested in electronic sounds like Laurie Spiegel and Morton Subotnick. It was also at NYU that she first worked with a synthesizer, a Buchla that Subotnick has set up at the school. It was with this instrument that Radigue began to realize the development of her music. Moving on from feedback and tape loops, a synthesizer allowed for greater ease in sustaining tones and by using modular filter systems Radigue could affect the sound slowly and with more control. She would center her compositional practice around the ARP synthesizer for the vast majority of her career.

By 1973 Radigue’s unique sound had gained considerable attention and that year she was in residence at the electronic music studios at the California Institute of the Arts. In 1974, at the invitation of minimalist pioneer Terry Riley, she presented the composition “Adnos” at Mills College. The piece’s slowly blooming drones spiraled around each other to create a hovering cloud of dancing harmonics and subtly shifting layers. A group of students attending the concert spoke with Radigue after the performance. Drawing parallels between her music and the meditation techniques practiced in Tibetan Buddhism, the students suggested that the composer look into the religion as a reference for her work.

Deeply impressed with the teachings of Tibetan Buddhism Radigue became a Buddhist in ’75. She retreated from music in order to focus on the discipline of the religion. Spending the next three years studying under her guru Pawo Rinpoche, Radigue immersed herself in meditation. On advice from Pawo the composer returned to her music in ’79. By ’80 she had finished “Adnos II” and “Adnos III.”


Still deeply devoted to Buddhism Radigue’s subsequent work has focused on the life of legendary Tibetan yogi Milarepa. 1983’s Songs Of Milarepa is the composer’s debut release. Released on the Lovely Music label, it features two long tracks of Radigue’s shimmering synthesizer drones and composer Robert Ashley’s spoken reading of a Tibetan text. Working in her detail oriented, painstakingly slow process, Radigue produced two more records in 1987. Jetsun Mila and Mila’s Journey Inspired By A Dream are both sublime works of electronic minimalism with the latter of the two again featuring vocals by Ashley. Of these three early releases Jetsun Mila stands out as a great entry point to Radigue’s work due to the pure nature of the electronics.

In 1990 Radigue released the beginning of what is arguably her finest effort. Kyema, Intermediate States was released by composer Phill Niblock’s Experimental Intermedia label and marks the beginning of the Trilogie de la Mort. Inspired by the Tibetan Book of the Dead and her constant meditation practice, this music is unfathomably deep and sincere. Defined by long sustained tones of pure electronic sound, Radigue steers these pieces with rigorous focus. She guides the drones very slowly, causing shapes and patterns to appear almost beyond perception. The music often has been changed before the listener realizes. “Kyema” is beyond subtle, one of the most unique and engaging pieces of minimalism ever to be recorded. Experimental Intermedia released the entire trilogy in 1998 as a 3CD set with “Kyema” appearing next to “Kailasha” and “Koume” to form a seamless set of indescribably beautiful music. 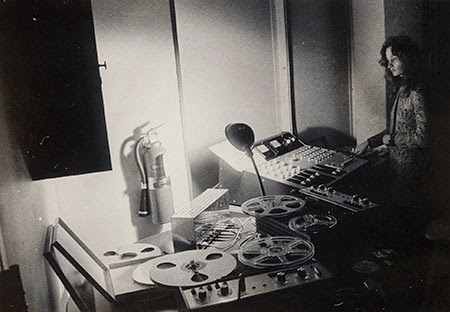 Several archival releases of Radigue’s early music began to trickle out in the ‘90s. In ’96 Jerome Noetinger’s excellent Metamkine imprint released Biogenesis, a short recording from 1973. In 2000 Povertech Industries released Σ = a = b = a + b, a double 7” designed for both records to be played simultaneously. Fringes released Geelriandre — Arthesis in 2003 featuring two shorter pieces from 1972 and 1973. Most recently Important Records has released Triptych from ’78 and the stunning Vice Versa, Etc… from 1970. But it was in 2002 that brought the most important release of Radigue’s early music. The Table of the Elements label issued a gorgeous 3CD set collecting the “Adnos” series as Adnos I-III. It is perhaps the most distilled version of Radigue’s overall aesthetic, evidenced by the trance-inducing pure electronic tones that glide and pulsate over the course of three and a half hours. This record is perhaps the very definition of electronic minimalism and stands as a giant high mark in the composer’s peerless discography.

Since the early part of the ‘00s Radigue has collaborated with performers to write music for acoustic instrumentation. In 2005 she created Elemental II with bassist Kasper T. Toeplitz and in 2007 released the sublime Naldjorlak with cellist Charles Curtis. In 2005 she also released two recent electronic works, L'Île Re-Sonante and Chry-ptus. She occasionally performs with improvising laptop group The Lappetites. Comprised of Antye Greie-Fuchs, Kaffe Matthews and Ryoko Kuwajima, the group released Before The Libretto in 2005.

By following her instincts and disciplined practices Radigue has created one of the most singular and timeless sounds in the world of modern composition. Finding aesthetic allegiance with New York minimalists like La Monte Young and Tony Conrad, she left the cluttered collage of French tape music to create some of the most pure, resonate and beautiful electronic music ever made. Her records capture the sound of the vast universe operating continuously, a never-ending tone that is at once perpetually changing and utterly motionless.