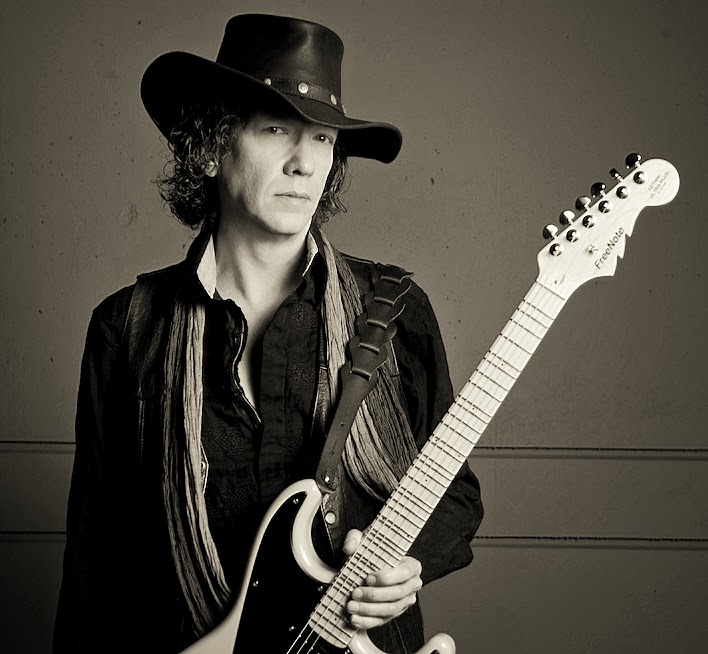 Catler is the founder of microtonal music label, FreeNote Records and FreeNote Music, a company that from 1996 has been providing microtonal guitars and recordings beyond the standard 12 note tuning system. Tuning systems including 19-tone and 31-tone equal temperaments, 12-Tone Ultra Plus, Just Intonation and Fretless constructed and adapted directly. 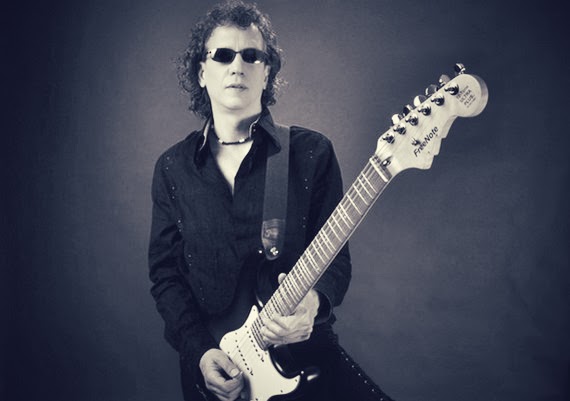 Jon Catler is one of the world’s leading innovators on microtonal guitar. For many years, Catler’s interest has been in the exploration of the “notes-between-the-notes,” or microtonal music. He has devised his own system of tuning based on Just Intonation: The pure intervals of the Harmonic Series. He has redesigned his guitar to allow an unprecedented range of consonance and dissonance, alternating between a 64-note per octave fretted guitar and a fretless.

Noted for his work with legendary composer, La Monte Young, Catler can be heard as featured soloist on the Gramavision double-CD: La Monte Young and the Forever Bad Blues Band. The CD has been widely reviewed (four stars in Rolling Stone), and the band has toured Europe and played Alice Tully Hall, the Kitchen, and The Knitting Factory. 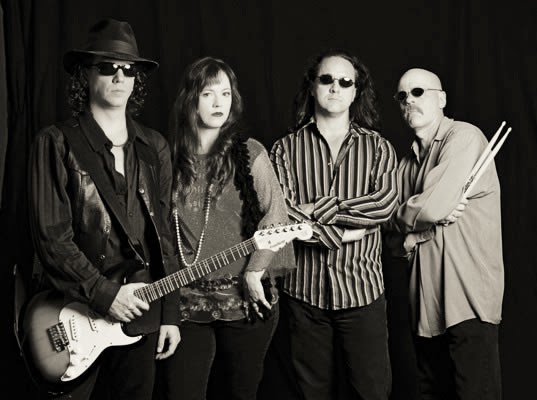 He has appeared as composer and performer on the Futurismo/Futurismi Festival, Manca Festival, Montreal Jazz Festival, Quebec Festival d’Ete, the Angelica Festival and the American Festival of Microtonal Music of which he is co-founder. Catler performed in the world premier version of Charles Ives’ ‘Universe Symphony’ at Lincoln Center, a climax of AFMM’s 25-year history. Catler also performed on the original Harry Partch guitars with Newband in a performance of Partch’s Oedipus at The Metropolitan Museum of Art in NYC. 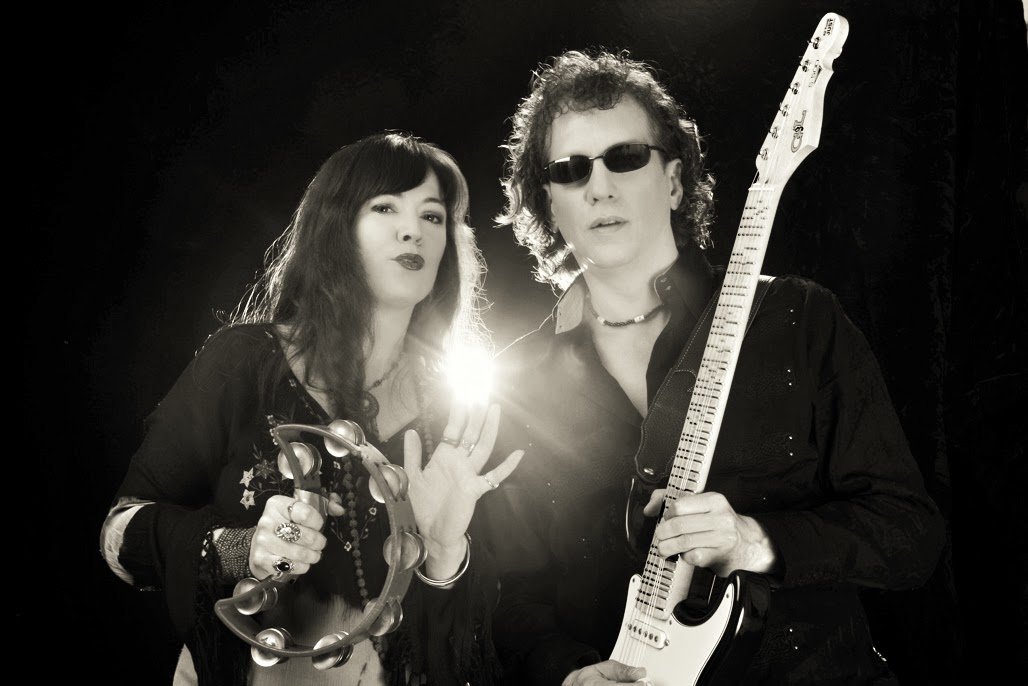 Catler has recorded and performed throughout Europe and the U.S. with many Just Intonation groups, and can be heard on The Microtones’ recording Cowpeople on the M-Tone label which features his own compositions.

As the founder of microtonal music label, FreeNote Records, Catler released the CD Crash Landing by the Catler Bros., as well as Birdhouse, which features some microtonal transcriptions of actual birdsongs. In 2001, Catler, with the co-sponsorship of La Monte Young, premiered the World Out Of Tune (W.O.O.T.) Festival which featured performances of composers working in Just Intonation. Catler has also performed in Young’s Raga Ensemble, playing a FreeNote Fretless Sustainer Guitar. 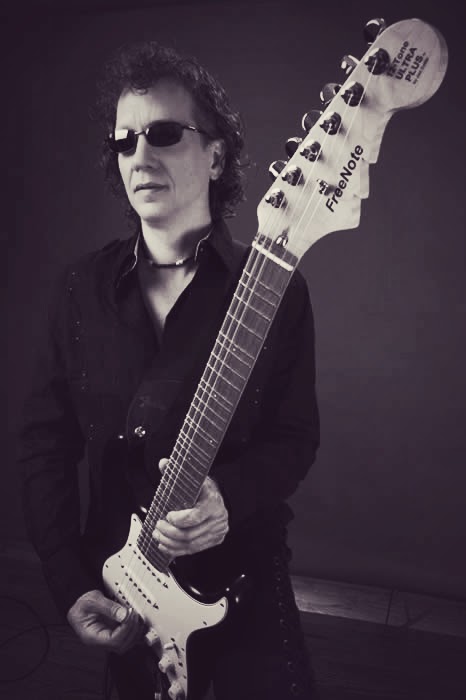 Jon Catler’s pioneering work Evolution for Electric Guitar and Orchestra headlined W.O.O.T. Festival at the NYC venue Makor. In January 2001, Evolution was recorded with Grammy award winning conductor Joel Thome. Jon Catler’s musical projects are Just Intonation blues band Willie McBlind, whose first CD Find my Way Back Home debuted in 2007. Their second CD, Bad Thing, was released in 2009 and the third one Live Long Day was edited in 2012. The bad in now morphed into the 13 O’Clock Blues Band, Catler's most recent project with the band Fretless Brothers. His book, The Nature of Music, was first published in January 2002, and is now in its 4th printing. Catler has made his microtonal fretting designs available through an exclusive deal with G&L guitars, one of America’s top builders, as well as on the new FreeNote Guitars. These guitars, along with the above CD’s and others, are available through the FreeNote Music catalog.

As a toddler, I was at a party and there was a ‘band’ of kids with cardboard cutouts of guitars, they were playing along to rock and roll records. I didn’t know then that they weren’t really playing, but it sure looked like they were having a blast.

A Fretless guitar where you could turn a knob and get different frets to pop up that would give you different Harmonic pitches.

I listened to ‘Evolution For Electric Guitar And Orchestra’ recently, the full version with 4 movements. The piece was premiered in 1999, but still sounds new to me. I haven’t heard another orchestra play in 13-limit Just Intonation. It was my first piece for guitar and orchestra.

In my opinion, technique should be balanced. You need enough to be able to express yourself as deeply as you wish to, and that desire is different for everyone. But if you’re chasing technique, it can become an end in itself.

What's your relationship with Non-western music?

I had an Arabic music record as a teen, and adapted one of the songs for my first rock band. I realized there were some notes that I didn’t have frets for. I’ve listened to music from everywhere, and played in La Monte Young’s Raga Ensemble for a few years. But I’m much more interested in a Cosmic type of music.

A good instrument for my music would be one that intonates properly. No sense putting the frets in the right places if it can’t produce the notes.
And the tone would need to have some soul to it, some depth in the bass and sparkle in the treble. Some acoustical resonance and sustain would be good. But mostly, a good instrument will serve a purpose, and let you express some aspect of yourself through it.

However, a great instrument is one that will let you open the floodgates, and the music pours out.

My real interest is in evolution. The universe is still evolving, and that includes us humans. Our ears are evolving, but our music, not always as much. Most music is still in a man-made tuning system that is a couple hundred years old, it really goes up to the 3rd Harmonic, with a poor approximation of the 5th Harmonic. I believe Man’s ears can hear up to at least the 13th Harmonic as a consonance. I’m also interested in mathematics, as it can represent truths. Some other influences are George Carlin, Physics, and The Book of 528.

How would you define microtonality?

The generally accepted definition of ‘the notes between the keys of a piano’ is a start. But 12-Tone Equal Temperament itself can be said to be microtonal, depending on your orientation. So let’s define the difference between microtonality and Harmonic music. While microtonality can refer to any tuning system using pitches outside of the standard 12, Harmonic music is based on the Harmonic Series, which is an infinite series of naturally occurring pitches. Every step up the Harmonic Series is a completely new interval, different than the one before. Instead of an infinite series of intervals, standard 12-Tone tuning uses only one interval, the Equal Tempered half step, and all other 12-Tone intervals are just additions of that one step. The only pure, Harmonic interval in 12-Tone Equal is the octave, ALL the other intervals are mistuned.

There are many different microtonal systems that have been used. These include various equal divisions of the octave, such as 19-tone and 31-tone equal temperaments. Each system has a certain feeling - Ivor Darreg said that 19-tone had ‘zonk’ and if you play it you may hear what he meant. 19-tone also has very good minor thirds, and 31-tone has great major thirds and Harmonic 7ths. All tuning systems are valid if they can express something musically. But the Harmonic Series comes from Nature, and is infinite. The first complete scale in the Series is found between the 8th - 16th Harmonics. I believe this should become standard knowledge for every musician. A standard C scale is based on the Ptolemic Sequence, and remember that Ptolemy thought the Earth was the center of the Universe. Maybe it’s time for a new model.

My dad told me to always trust my gut, and that seems to have worked out.

My main guitars are G&L S-500’s with FreeNote or G&L necks on them. These include the 64-tone Just Intonation guitar, the Fretless, and my current favorite, the Blueburst 12-Tone Ultra Plus that I call The Sea. I keep this one tuned to open C 528hz tuning.

I usually run 2 or 3 amps at a time. I use a Marshall 50-watt Plexi, along with a Marshall 18-watt combo, and a Vox AC-15 (or a Fender combo). I’m looking for a full Harmonic spectrum where I can smoothly transition from clean to distortion.

My signal hits a Fulltone Wah first, then a splitter box. I have a pedalboard with different effects for each amp, including a compressor and volume pedal for the Plexi, and delays for the other amps.

I’m working on a long form piece, and a book, called The Lost Chord. So much information has been lost or secreted over generations. Music and frequencies have meaning beyond being used to sell product. With the advent of the internet, it has become harder to keep this information secret. You can go online and find out why the pitch ‘A’ was standardized at 440 cycles per second,and who was behind it.

I’ve always wondered why the simple and profound truths of the Harmonic Series were known to so few. And even less known are Harmonic Rhythms, which are the rhythms produced by these pitches. And it may be that cosmic frequencies exist, that can help Man. I use all of these in The Lost Chord. Some of these ideas can sound crazy, and it’s best that people do some digging for themselves and make their own conclusions.

We have a new digital release of Fretless Brothers Live at ShapeShifter’s, available on the website www.fretlessbrothers.com. It was recorded live in Brooklyn, and features myself and Dane Johnson on 12-Tone Ultra Plus guitars, Hansford Rowe on 12-Tone Ultra Plus bass, and Brian Chase on tuned drums. These guys are all very experienced in Harmonic tuning, and the band has a great chemistry.

I just did a duo recording with drummer Rakalam Bob Moses. And we just performed our debut gig with the 13 O’Clock Blues Band in Boston. Interesting that you have 13 questions in your Questionnaire, as 13 is a number of completion that has been wrongly demonized. As I mentioned, we use a 13-limit Just Intonation system, and 13 O’Clock Blues Band uses the blues as a starting point to take the music to other places. 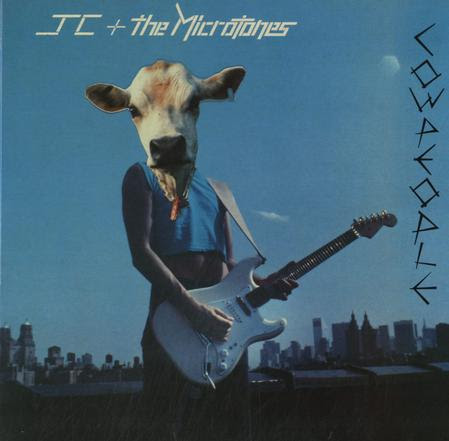 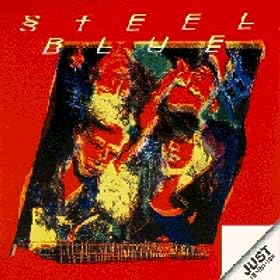 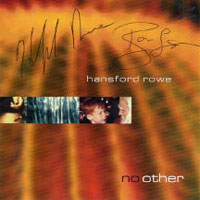 NO OTHER - Hansford Rowe
Jon appears on 4 of the 10 songs on this CD from LoLo Records in Just Intonation with guitar, bass, drums, percussion and vocals.

The Nature of Music Jon Catler
The much anticipated manual that reveals the mysteries of the Harmonic Series and the evolution of Jon Catler’s 64-note per octave Just Intonation scale. FreeNote Music, 2003. Paperback.