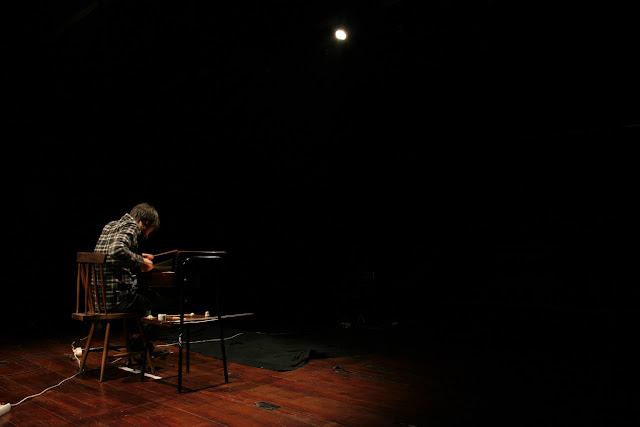 
Marcelo dos Reis, 1984, Lisbon. He is one active voice in the Portuguese creative music scene, with performances in and out of Portugal. After studying music he decided to get into the improvised and experimental music using the nylon string guitar as main vehicle of expression, but also the electric one. 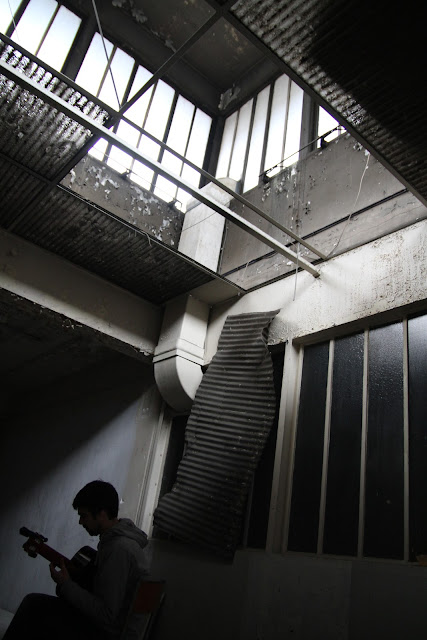 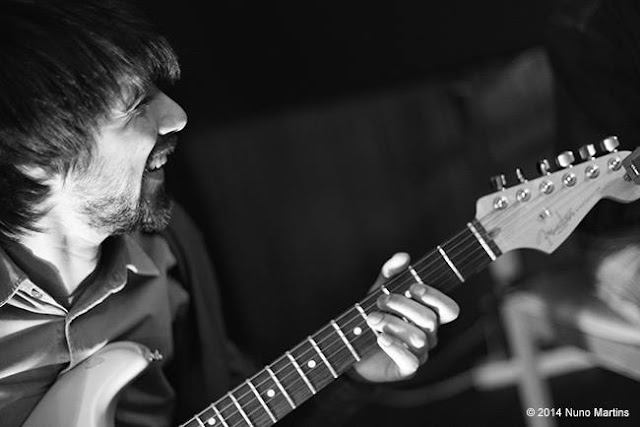 He is member of Open Field string trio, with João Camões viola, José Miguel Pereira double bass and Marcelo in nylon string guitar; The Nap, with José Miguel Pereira and João Pais Filipe; Frame trio, plus Luís Vicente;  leads the group Pedra Contida and works in duo with Angélica V. Salvi. Also present in the group Fail Better! with João Pais Filipe, Drums, João Guimarães﻿, Alto Saxophone, Marcelo dos Reis, Electric Guitar, José Miguel﻿ Pereira at Double Bass and Luís Vicente﻿ in Trumpet. If this group had some pronouncement, it could be summed up in the desire of producing a group language in real time without any pre-written musical notes. From here comes the reference to Beckett in the group's name - "No matter. Try again. Fail again. Fail better."

In addition to making music, Marcelo is one of the organisers of the Double Bill concert series. Recently created with José Miguel Pereira the record label CIPSELA.


What do you remember about your first approach to music?

It's funny, what i remember and feel that was my first approach to music moves in the opposite direction. My cousin (he's just two years older) used to have a guitar on the wall, i was 6 or 7 years and normally i used to ask to play with it, and my uncle and aunt always said no, i remember to go back home and play in a racket dreaming with a big crowd with my grandmother's supervision , some years later she offered me what was my first guitar.

I don't know which sound experience that contributed first to made me start thinking to become a musician, but i remember very well the feeling related with sound, and the proud of have a mini hi-fi to listen music and try to replicate it singing or playing some percussion in random objects, i even remember the smell of the records, i used to have a different smell for each record, and that was very special.

I'm 30 years old and i think that things from Grunge and Krautrock, together with things like Sonic Youth, Neil Young, King Crimson, Pixies, Hendrix, Led Zeppelin, Pink Floyd, Tim Buckley, John Frusciante and Radiohead had some impact in myself as a teenager, then i worked in a couple of record stores and i think was Grant Green - Live at Lighthouse that first make me think about playing jazz improvisation. 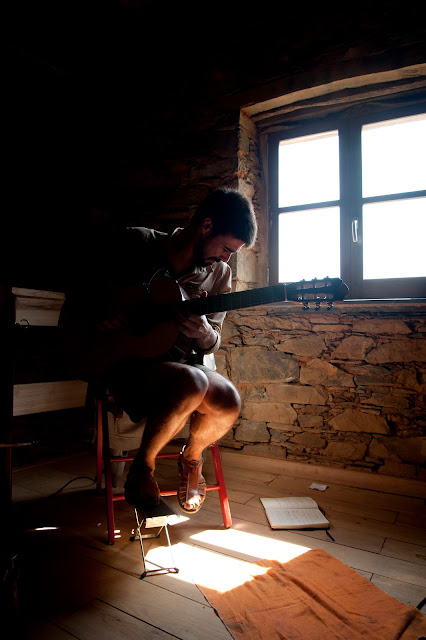 The first record I bought I think was Rattle and Hum, it's sad in a way, but i was 9 and at that time I felt that U2 was cool, now i don't really feel the same. The last ones i bought was Ornette Coleman - This is Our Music (Complete Sessions) and Jimmy Giuffre - New York 3&4, I think the way I play guitar and feel improvisation is very connected with the double bassists approach and conduction, and definitely Charlie Haden and Barre Philips are big influences.

As you know recently i created the Cipsela Records and honestly I can’t separate the physical object apart from the music you are listening, I really feel the artwork of the record as part of all the listening experience, of course that’s good to easily share your music with all the world, but it’s digital, and for me it’s like it doesn’t exist, it’s strange because just exist in the cloud. I think you have some platforms where you can show your work and promote what are you doing, but in the end you need money to survive and for me selling digital music doesn’t worth a try, I think that is much better keep the real thing, i love the vinyl and cd!!!

I started playing when i was fourteen in rock bands, and when i was fifteen i was already playing live, i also used to sing in those bands, it’s funny that no one of us had driver license and it was always a panic to find someone to drive us to the concert venues, it's so great now when i remember those days. 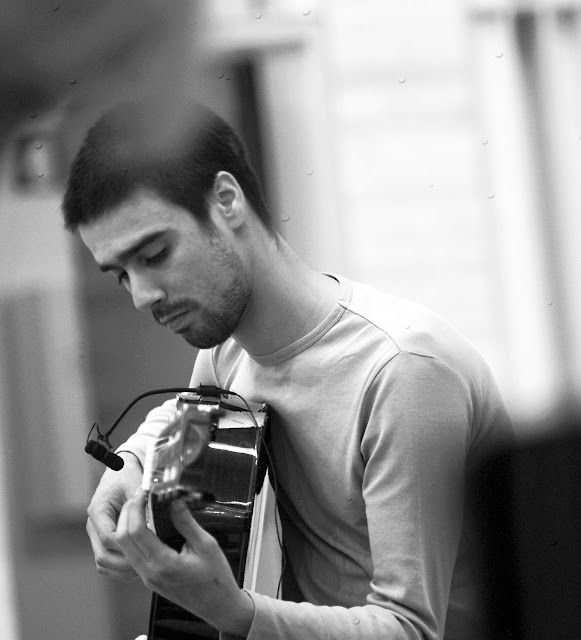 Then slowly my interests started to grow to the psychedelic and experimental music, what drove me to study jazz, improvisation and classical music (voice by the way). I'm from Lisbon and some years later i moved to Coimbra and i got involved with JACC, and everything changed, i started to get in touch and playing with a lot of improvisers from different places and backgrounds and it was a BOOM, suddenly i was experimenting a lot of different stuff from what i did before, and started learning a lot playing with other musicians, and of course always listening more and more music, listen a lot of different stuff is very important for me.

I think i can't work with a musician that i can't be friend with or at least admire the personality, it's very hard to share such a special thing with someone you can't relate, for me it's definitely half part of the all process. The other part of course it’s find someone you can relate musically which is very special when you find it.

Well, first of all i think that isn't the more you can do, but what you can do with what you have, but of course that technique is very important, without technique you can't answer properly in the moment, or maybe you can but without clear speech, and i think it's very important you can be able to adapt or oppose the material in relation with what is happening, even if it's just to breath and be in silent, it’s a challenge to give just your contribution in the right moment, or otherwise you will do just generic improvisation, i think it’s very important to pay attention to what I call "Inner Clock", specially because you have your own space and time relation with your musical contribution in the moment.

Apart from creating music I also teach, so everyday is a day to learn new things and try to give the best I can to the students, normally I practice and improvise everyday, but sometimes I just have to be away some days from improvisation to think or not to think at all, just to return with fresh mind and new ideas.

Just strange and never happy, i always think i can do better, i think the productive insecurity is part of the process, i believe i'm always evolving and that gives me motivation to move forward, at the end i feel very lucky to work with the music i love, it allows me to do my work in function of my growing as musician/artist.

I feel myself very influenced by the structures, lines and forms that you can find in architecture, paintings or even in nature, it makes me think in musical composition and how to deal with the different materials in music, how to adapt and oppose the diverse ways the music can go, I really feel that music has a very visual vertical/horizontal and angular way, that’s why art is so complete, you can always connect them in a multidisciplinary way

Honestly I feel very surprised with all of them, specially because I feel very lucky to be able to work with/musicians friends I greatly admire. If with Pedra Contida I can work some of my ideas of structure/composition, with Fail Better! we can develop a nice and patient slow construction of improvisation and there’s Open Field where we really work totally free of any conceptions, beside the deep listening and musical breathing. I also like to work in duo, I’ve been trying some meetings and the one with Angélica V. Salvi is very special, our debut record will be available very soon and I feel it will be very special.

There's a lot of things happening, recently i've been working a lot with music for theatre, then there will be two new records this year, one duo with a spanish harpist Angélica V. Salvi, and a live recording together with Luís Vicente, Théo and Valentin Ceccaldi. In July Fail Better! will do a tour in Portugal with the swedish trombonist Mats Aleklint (let's see what will happen) the quintet will also release his second record on 2016, in September will happen two concerts with a new quartet formed by myself, Carlos "Zíngaro", Hernani Faustino and Miguel Mira for a record that will be released in 2016, and Pedra Contida is working on ideas for the forthcoming record. There will be of course other things/projects, but for now i think these are the "main" things goals. 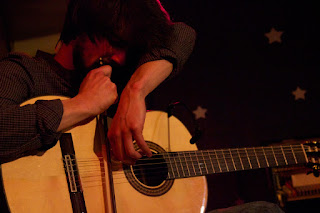 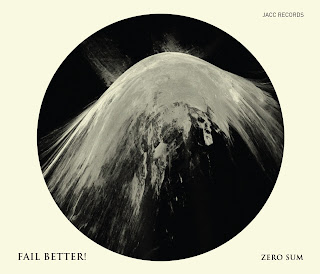 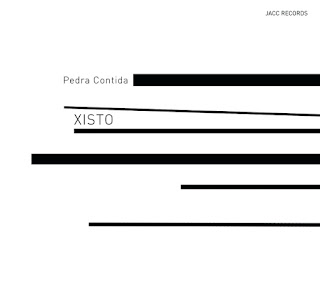 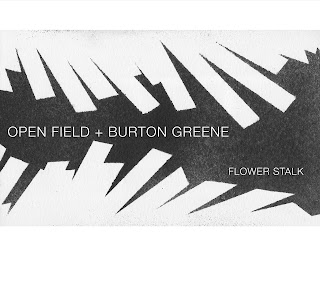 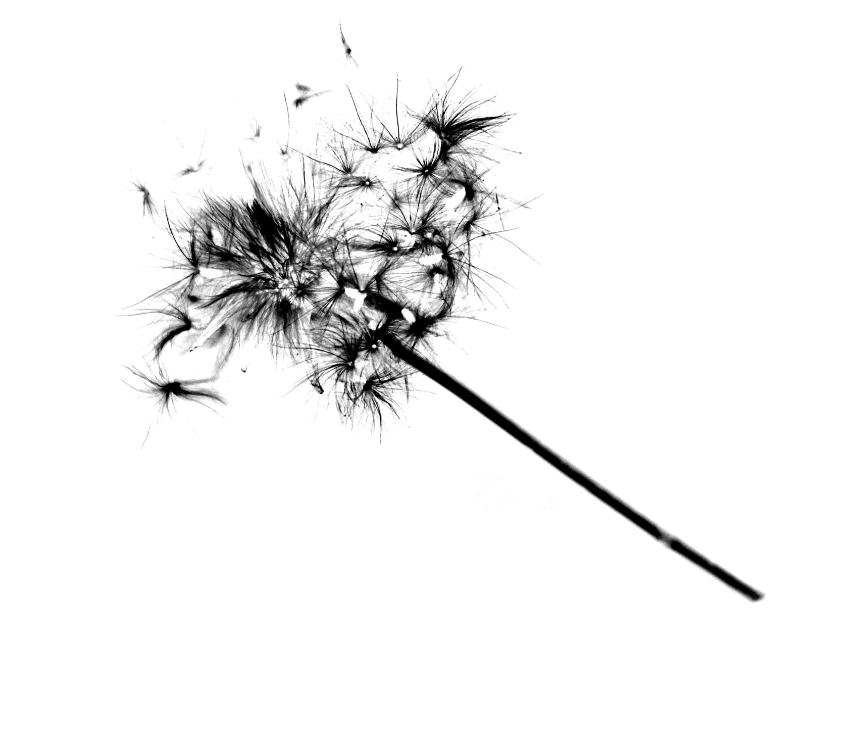 To be released on the next month 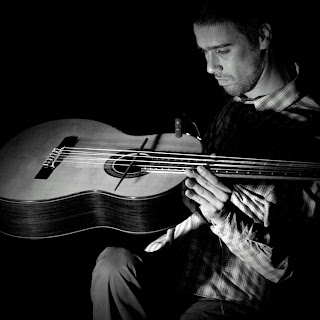