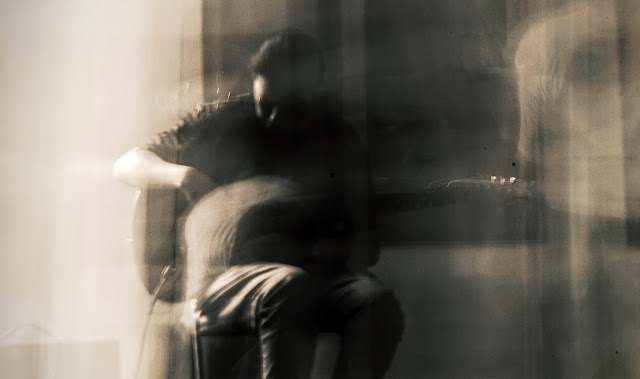 Alessandra Novaga plays classical and electric guitar. She is mostly involved in new and experimental music and improvising, and has been working, among others, with composers such as Paula Matthusen, Sandro Mussida, Travis Just and Vittorio Zago all of whom wrote scores for her. Her realizations of textual and graphic scores often include a makedly performative component, departing from conventional ways of interacting with the instrument. 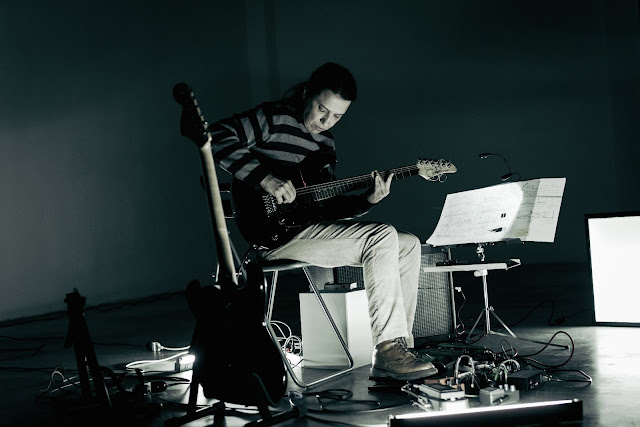 She has performed in Europe and in the United States. She played in Festival such Angelica (Bologna), All Frontiers (Gorizia) and, among the others, Area Sismica (Forlì), O' (Milano). In the last years she has been invited to be part of downtown scene often, past performances in New York City include the Transient Series, the Incubator Arts Project - Ontological Hysteric Theater, Zebulon, Silent Barn and Spectrum. In 2011 she was part of the performance/installation Sight Inseen directed by Lee Ranaldo in Lecce for Sound Res Festival. In March 2013 she was the first guitarist to perform the entire cycle of John Zorn’s Book of Heads in Italy. 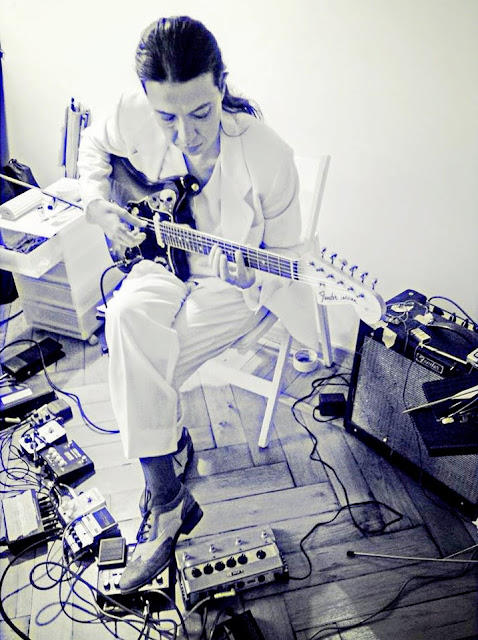 She is co-founder of the experimental music trio Hurla Janus and, among the others, she has collaborated with Roberto Del Piano, Massimo Falascone, Elliott Sharp, Patrizia Oliva, Gianni Gebbia, Oh Petroleum, Pat Moonchy. 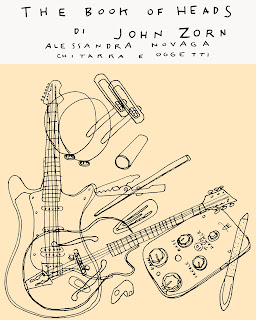 As well as working as a performer, Alessandra often works for the theater as a composer. Recently, she has wrote and performed music on stage for Elena Russo Arman (Teatro dell'Elfo), for the group Phoebe Zeitgeist, and for Elio De Capitani (Festival dei Due Mondi, Spoleto). 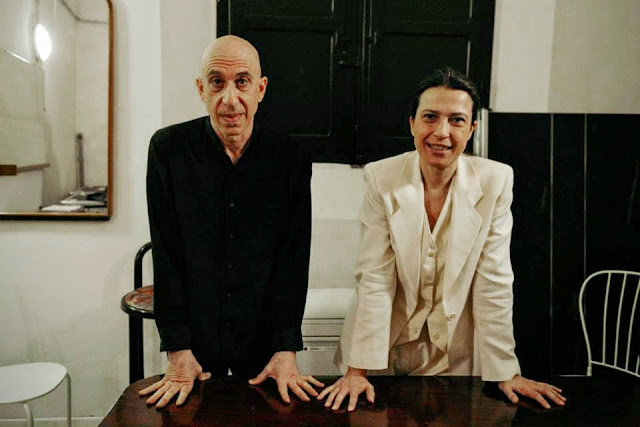 She has recorded her CD for solo electric guitar, La chambre des jeux sonores, published by Setola di Maiale and she has been invited by Elliott Sharp to record one her piece for the I Never Meta Guitar - Vol Three, curated by him and published by Clean Feed. She has recorded also for Stradivarius, Preludio and apparizione.

She is a graduate of Vicenza’s Conservatory of Music and of the Musik Akademie-Musikhochschule in Basel, Switzerland, where she studied with Oscar Ghiglia. She lives and works in Milano. 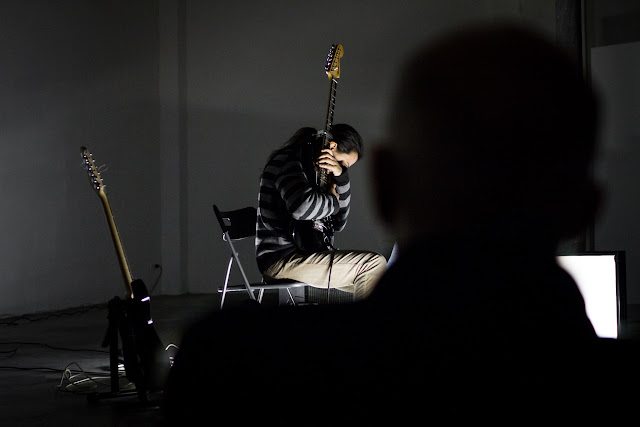 I’ve been totally moved by Fausto Romitelli’s Trash Tv Trance. I never really wanted to play a specific musical piece. I got my first electric equipment just to play it and many many things in my life are changed since.

I’ve had a long playing learning process full of great experiences and great Maestros. The most important thing, for me, has been understanding that music would have allowed me to find something that I had already inside me but that I didn’t know yet. I think that we are who we are since the beginning; we just had to meet people and experiences that make resound something inside us.

My musical need is purely connected to my making music. I’m not sure that music for me has been a vocation, but it is what I do and it helps me to recognize myself and to understand where I am. I think that there are people who can live without music even do we are surrounded by sounds and noises all the time. After all, even our breathing is music.


What do you remember about your first approach to sound?

It’s a close relationship. I often work in theatre trying to create scores closely connected with words and I especially love playing on stage with performers. Literature is present, sometimes, more than music. I always watch at least one movie every day and I love painting; actually I especially love books written by painters; I think that they are really intellectually and philosophically interesting and, at the same time, really practical.

I enjoy an art work when it changes me. 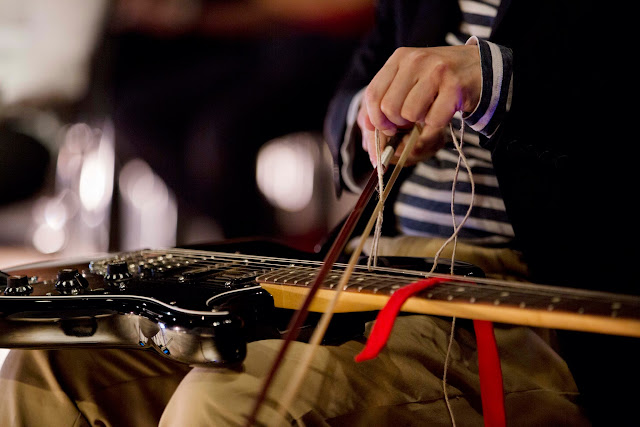 Photo Roberto Massotti
What instruments and tools do you use?

I’ve got a lot of guitars, at the moment I use especially a Fender Jaguar and an old Framus Acoustic. As for tools, they change continuously.

All along strings give me a physical pleasure. I’m sure I would be a disaster with wind or keyboard instruments! No limitation, in my opinion. 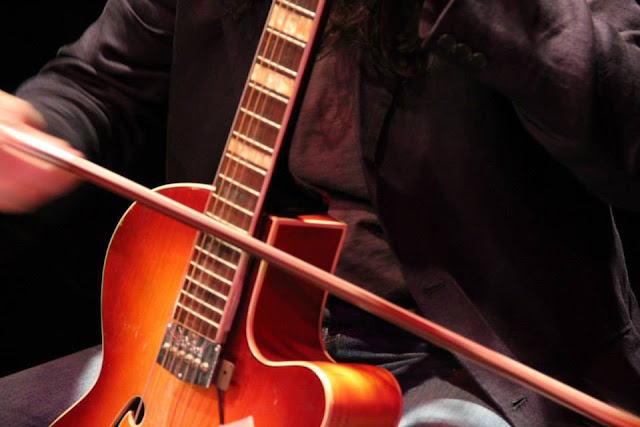 My craziest project has been playing the entire cycle of The Book of Heads by John Zorn. Five different guitars, lot of tools and impossible scores, just after a classical music background. But it did work!

Not speaking about music.

35 years ago I started my classical guitar learning and I have always known that music would be my life. I would say to myself as a child: Go ahead, baby!

I’m working on a solo project about R.W. Fassbinder’s movie’s music, all composed by Peer Raben. I’m very interested in special relationships between directors and composers like Lynch-Badalamenti, for example. Fassbinder’s movies influenced me very much and I’ve always been attracted by his ability to produce as many as five films in a year, sometimes in one month, but always with a really strong aesthetic and philosophical vision! In this project I work on themes, improvising on them and on audio tracks.

I’m going ahead also with my project La Chambre Des Jeux Sonores asking to composers to write for me graphical scores marked by ‘sound’ possibilities and improvising. Also I’ll compose music for the next Elena Russo Arman’s theatre work. 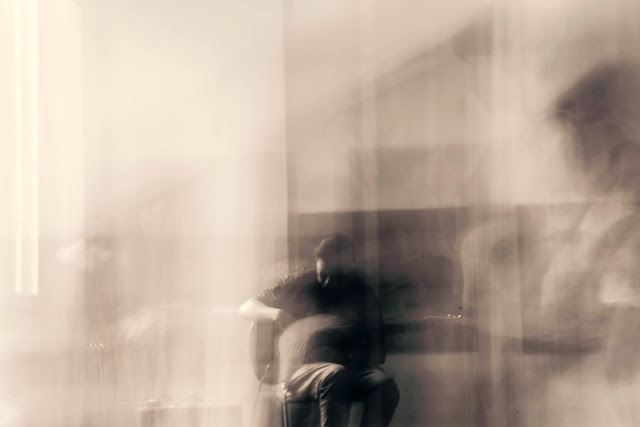 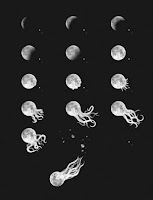