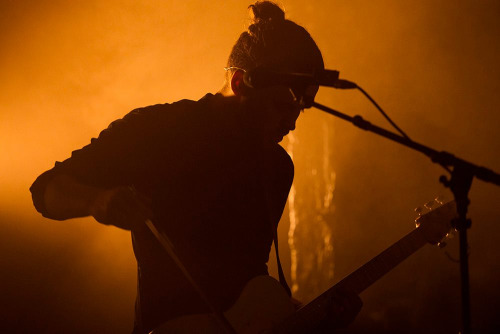 Petter Vågan (Brønnøysund, Northern Norway) is a Norwegian singer, guitarist and composer, and the younger brother of double bass player Ole Morten Vågan. He has drawn notice to himself as the bandleader, singer and guitarist of the norwegian indie electronica band The Fjords, founded late in 2013. 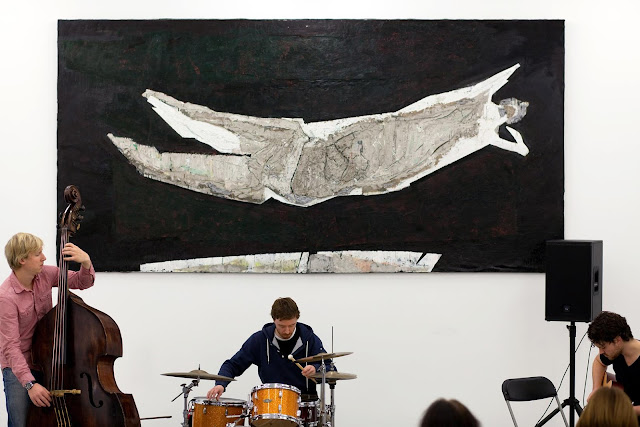 Vågan is a versatile and musically searching singer and guitarist based in Trondheim, where he got a performing masters degree in improvisation, at the Jazz Dept at Trondheim Musikkonservatorium. In addition to his latest endeavours in pop music, he has at an earlier stage delved into various forms of improvisation and released several records as a leader and band member with an experimental style rooted somewhere between electronic music, free jazz, rock, free improv and noise, where housed prepared guitars and unorthodox methods to bring forth new sounds from the guitar. 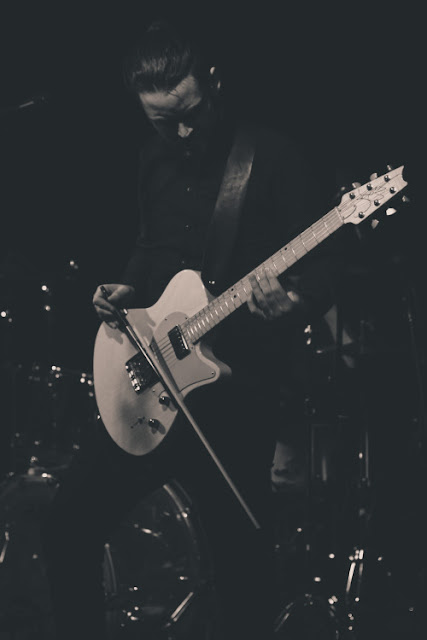 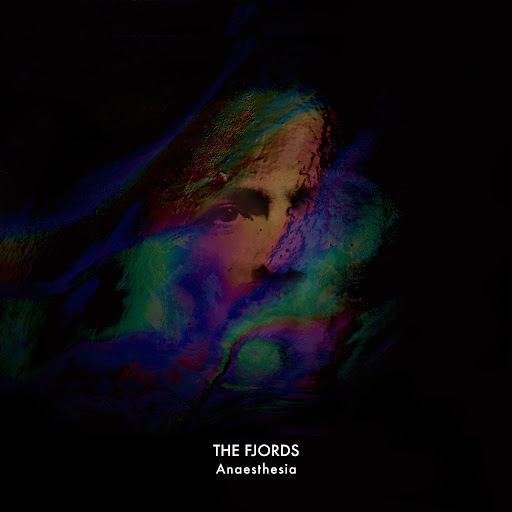 For a long time I think I was mainly concerned with pitch and rhythm in a sense. I got into jazz just before high school and would practice like a maniac for hours on end, but concentrating on rhythm and pitch. I played the guitar like a piano. Of course there are variations and stuff you can do, but that came naturally for the genre I was concerned with I guess. Gradually I got into pedals to widen my sonic palette. At the same time I stared listening to artists like Aphex Twin and Authechre. At the Jazz Course in Trondheim I started listening to artists like Deathprod, Jim O´Rourke, Lasse Marhaug, Arne Norheim, Stockhausen, Huntsville, Nakamura, Spunk, Otomo Yoshihide and Maja Ratkje. Also studying with artists like Streifenjunko & Stian Westerhus was inspiring. 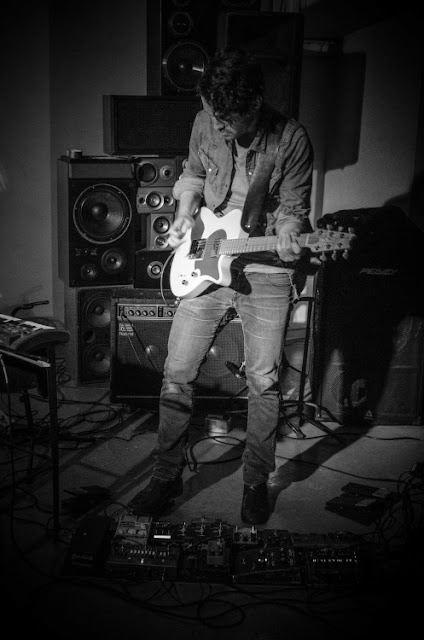 I would say my first approach to sound in its purest form happened at the Jazz Course when I got into Electro acoustic improvisation and IDM. That is sound as a more abstract phenomenon, thinking about the timbre, vibrations, dissonance, difference/summation tones, and acoustics. Also taking in room placement and all the extra information and connotation a sound can have. It´s still just as fascinating today.

Coming from a jazz background I used to start with scale warmups, rhythm exercises and chart breakdowns. Nowadays I usually get my rig ready and then just start to play. Feels like I´ve moved from a exercise regime to purely playing and executing. Of course, I have conseptual ideas I chase, and I sweat it out until it sticks. But it all flows more naturally now. Other times I might have noticed an area that needs attention during a gig. Or an idea I got but couldn´t execute live, so I try to work out how to do it.

I just released an album with the trio Marvel Machine which is called "Ember Sky, Silver Sun". What started as a noise rock outfit has turned into a kind of analog improvised electronica. We went to an analog studio in Halden, Norway called Athletic Sound and recorded the album. Our aim was to improvise forth finished sounding songs.

A kind of spontaneous composition mode. That takes really open ears and focus, you have to stay on your toes for the whole while. It was exhausting and rewarding. Also it requires you to trust in the small ideas, and the idea that your small contribution together with the other two parts of the whole will amount to something more, something larger than any of us could anticipate. What surprised me with this recording was just how «complete" it ended up sounding. Really pleased with that album.

I think music offers a different mode of operation. A different perspective. It allows you to experience something outside of daily life, outside of the mundane. It re-enchants the everyday life in a way. It´s like a mini-vacation to another dimension. You could argue that it´s really not important at all. No one calls for a musician when shit goes down. But music, and the other arts, really helps in the aftermath. It can lead to better understanding, it can help people deal with trauma, adversity and strife. It´s this abstract thing that technically has no importance, but still people devote their lifes to it, people spend their time and money on it, some travel around the world to experience their favorite artist. It transcends basic reasoning. I love the paradoxical importance and pointlessness of it all.

I think technique is what stands between your message and the receiver. It´s very important. If you can´t articulate freely, you´re likely to be misunderstood. But then again, technique can be many things. As long as you know what you´re doing and get the message across you´re golden.

It´s more democratic at the entry level I guess, but that also means that the scene is flushed with hopeful artists wanting to level up - so everybody´s shouting. And further up money still talks. The benefit is platforms like Soundcloud where everyone have a chance to be heard, and availability. But then again, both the benefit and downside of iTunes and Spotify and the likes is also the availability. You get flushed with choices and it evokes apathy in the end, easy come easy go. But with like any innovation it takes time to learn to use the tool properly. I have no doubt that the internet and streaming etc will benefit the scene eventually, once we get over the "kittens and porn»-phase.

It´s complicated. At first I relate too much to my state of mind when recording it, so it needs to go into quarantene after recording and mixing for a while. Then I can come back and try to deal with it as a listener. Often I end up being more pleased with the bits that I had an issue with at first. Ugly is more interesting that neat and pretty.

At high school Radiohead released Kid A, their follow up to OK Computer. That album had a profound effect on me. A friend of mine said: There are no songs, it´s just a bunch of…stuff..» I loved how they seemed to push forward in terms of genre, formulas, concepts etc. They left their previous pop and rock song formula behind and experimented wildly. It´s filled with curiosity, ideas, experiments, moods. It´s has a lot of frustration in it, but also moments of bliss. And a lot of sounds and instruments I didn´t have a relationship with at the time. And it´s all very eloquently put together. Still love that album.

I dabble in painting, drawing and illustration. And try to relate a lot of my electro acoustic concepts to abstract visual counterparts, with variable luck. I´m not well traversed in dance and theater, but read a lot of books.

The latest thing I had a wow experience with actually was The Weeknd´s latest (or debut) album. I love the production on some of those songs. One track has this dark pulsating reverb noise on the left speaker going on as a seemingly straight forward song is taking place. A lot of mainstream music has a lot of insanely cool stuff going on in terms of soundscapes, multiple simultaneous room ambiences that contradict one another, but still works.

Really cinematic and crisp textures that at the same time are abstract and experimental. I think a lot of the experimental stuff seeps into mainstream. Kind of like you have a lot of scientists working on the fringes of music, and then the masses can take advantage of what you´ve discovered after a little while. With the right setting anything goes.

My main axe is a John Page guitar, the guy that started and ran Fender Custom shop for some ten years. He went solo and started making his own guitars from scratch, with the parts he loved - without the Fender demands. It sings like no other guitar I´ve played. I also play a Martin acoustic guitar and a lap steel where I´ve added some hand pedals so I can bend it like a pedal steel. An array of pedals with an ever changing pedal board. And some extended technique tools like alligator clips, bow, metal rods, metal objects, a spoon, steel wool. That kind of stuff. These days it´s mainly the bow, a metal rod that I use to oscillate the strings, and a metal object to abuse the guitar with massive overdrive.

Curiosity and resolve. That gets you where you need to be I think. And of course, the ability to listen. So you can make informed decisions about where to take the music with your fellow musicians.

Right now I´m heavily into this cinematic electropop project called The Fjords. It pretty much sums up what I´ve been influenced by since I started playing or listening to music with intent. It´s basically a pop/electronica/indie outfit where I make songs and use soundscapes and extended techniques to make a strong visual and musical impact.

Otherwise I just released an album with the trio Marvel Machine which I mentioned earlier. I´m also playing with a few editions of the Trondheim Jazz Orchestra and Ola Kvernberg´s Mechanical Fair.

The future holds more music from The Fjords, and a solo album I´ll record once I feel I´ve gotten to where I want the solo stuff to be. It´s slowly getting there. There are enough albums being released in the world today, so I´ll wait until it gets there. 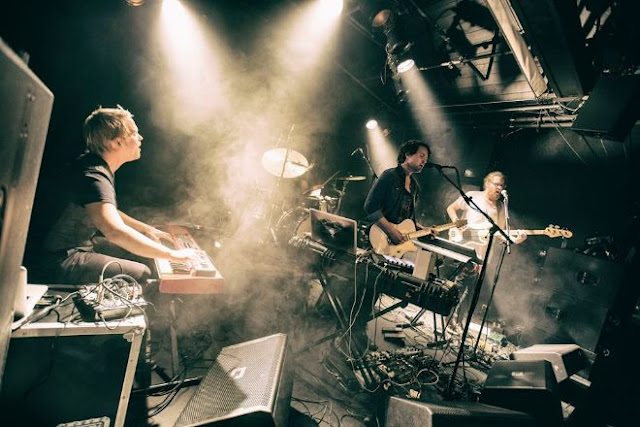 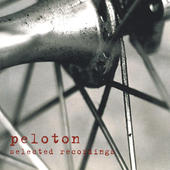 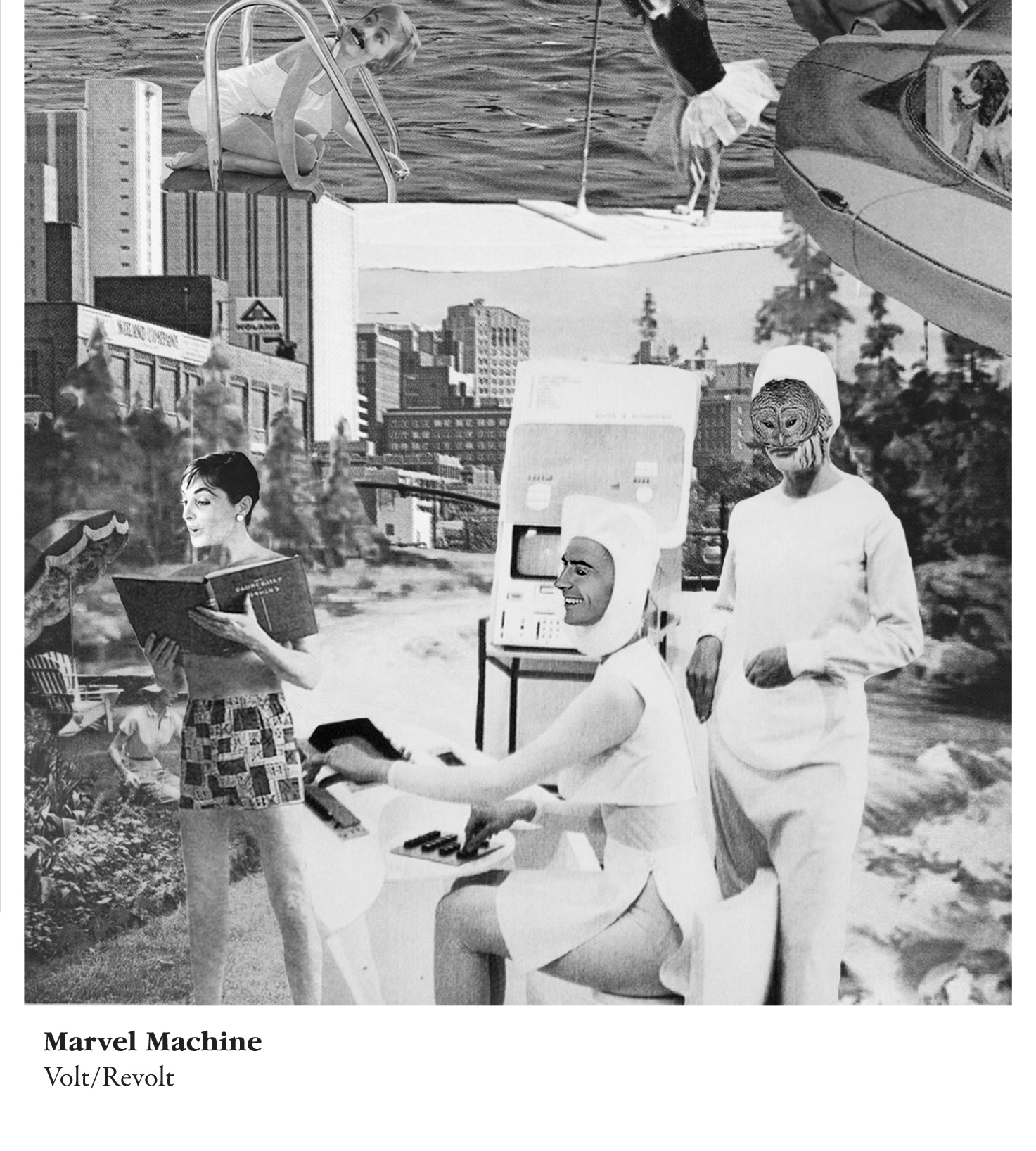 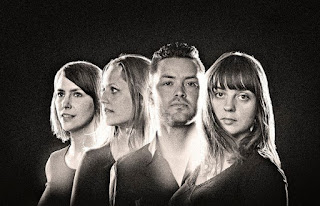 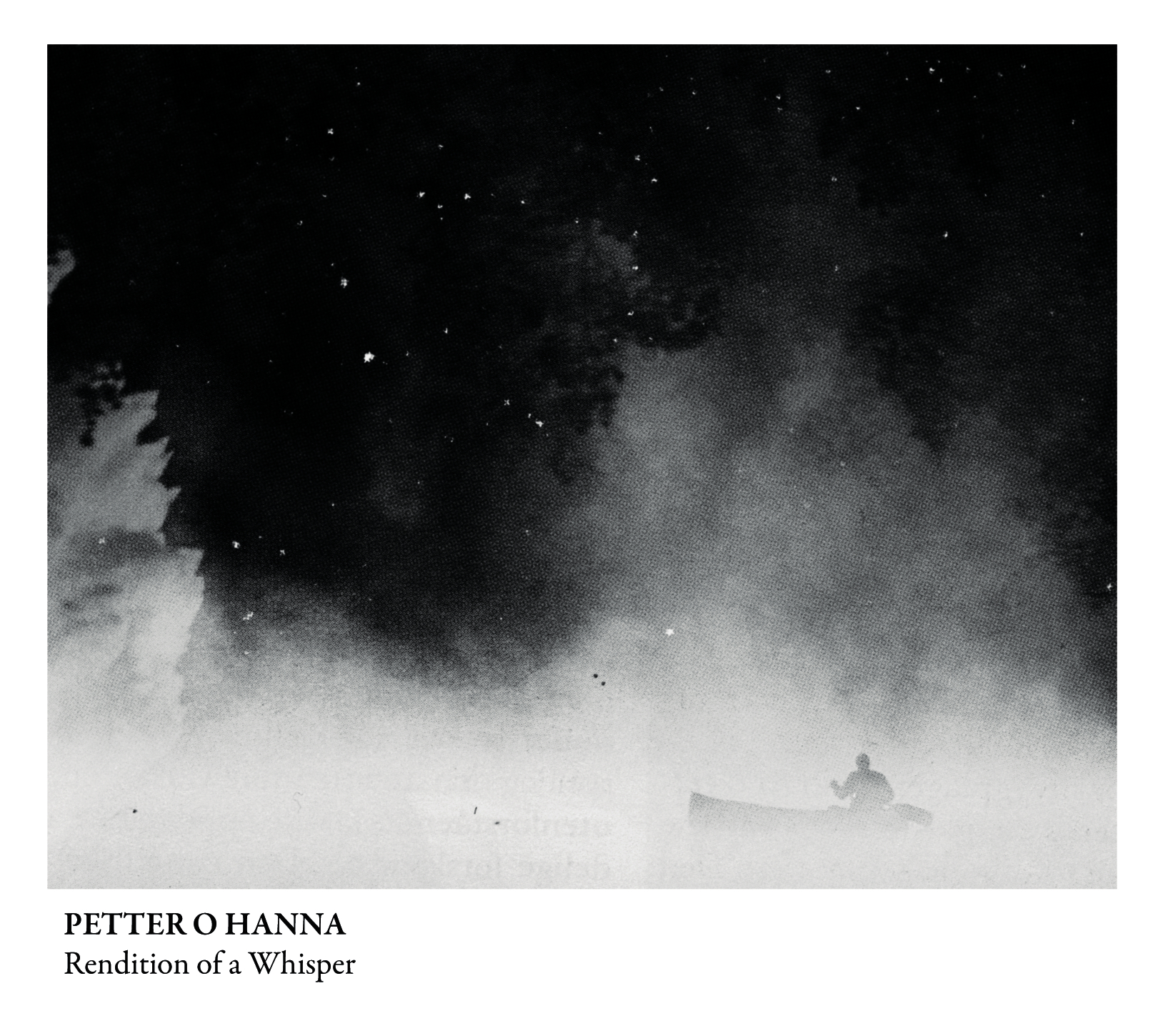 2014 The Fjords All In (Impeller Recordings) 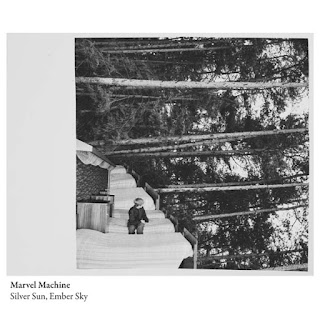 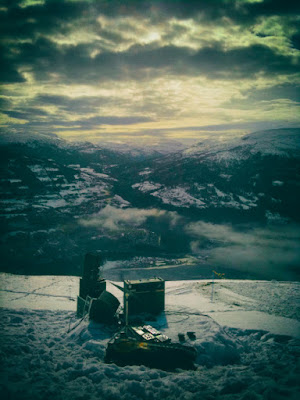 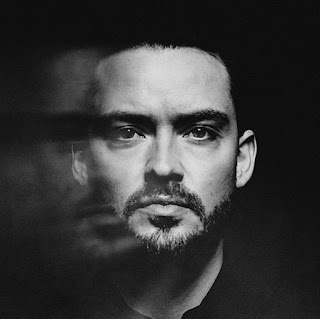