The Avant Garde Project celebrates its fifth anniversary with its first new installment in over a year. AGP169 is a 24-bit, 44.1 kHz transcription of a remarkable, long out-of-print LP from 1982 on The Beak Doctor label, featuring the prepared piano of Greg Goodman with guest artistry by Jon Rose on violin and Henry Kaiser on electric guitar. It's a beautifully recorded LP in excellent condition with essentially no surface or pressing noise. The music occupies the shared outlands of extreme jazz and modern classical. With the exception of the last track, piano and violin are played more percussively than melodically, and the sounds of the prepared piano together with Henry Kaiser's idiosyncratic guitar is a real timbre-fest. Notes on the release can be found at The Beak Doctor website. While you're there, be sure to check out their other recordings, many of which are in print and available for purchase internationally.

Guitar built by a student at MIT's Media Lab promises to provide the best of electronic and acoustic.
David L. Chandler, MIT News Office
Media Lab student Amit Zoran shows the Chameleon Guitar, along with a variety of the interchangeable soundboards -- made of different woods and other materials -- that can be inserted to alter the guitar's acoustic characteristics.
Photo ©Webb Chappell Photography 2009

Natural wood, with its unique grain patterns, is what gives traditional acoustic instruments warm and distinctive sounds, while the power of modern electronic processing provides an unlimited degree of control to manipulate the characteristics of an instrument's sound. Now, a guitar built by a student at MIT's Media Lab promises to provide the best of both worlds.

Its creator, Media Lab master's student Amit Zoran, explains that each piece of wood is unique and will behave in a different way when it is part of an instrument and begins to vibrate in response to the strings attached to it. Computers can't model all the details of that unique responsiveness, he says. So, as he began experimenting with the design of this new instrument, he wondered "what would happen if you could plug in acoustic information, like we do with digital information on a memory stick?"


Under the direction of Media Lab Associate Professor Pattie Maes, and with help from experienced instrument builder Marco Coppiardi, he built the first proof of concept version last summer, with a variety of removable wooden inserts. The concept worked, so he went on to build a more polished version with an easier quick-change mechanism for switching the inserts, so that a musician could easily change the sound of the instrument during the course of a concert — providing a variety of sound characteristics, but always leaving the same body, neck and frets so that the instrument always feels the same.

With Coppiardi's help, he selected spruce and cedar for the initial soundboard inserts. This January, he demonstrated the new instrument at the annual Consumer Electronics Show in Las Vegas, where it received an enthusiastic response. He also demonstrated the earlier version at two electronics conferences last year.

The five electronic pickups on the soundboard provide detailed information about the wood's acoustic response to the vibration of the strings. This information is then processed by the computer to simulate different shapes and sizes of the resonating chamber. "The original signal is not synthetic, it's acoustic," Zoran says. "Then we can simulate different shapes, or a bigger instrument." The guitar can even be made to simulate shapes that would be impossible to build physically. "We can make a guitar the size of a mountain," he says. Or the size of a mouse.

Because the actual soundboard is small and inexpensive, compared to the larger size and intricate craftsmanship required to build a whole acoustic instrument, it will allow for a lot of freedom to experiment, he says. "It's small, it's cheap, you can take risks," he says. For example, he has a piece of spruce from an old bridge in Vermont, more than 150 years old, that he plans to use to make another soundboard. The wooden beam is too narrow to use to make a whole guitar, but big enough to try out for the Chameleon Guitar.

The individual characteristics of a given piece of wood — what Zoran refers to as the "romantic value" of the material, "is very important for the player," he says, and helps to give an individual instrument a particular, unique sound. Digital processing provides an infinite range of variety. "Now," he says, "it's possible to have the advantages of both."

For now, Zoran is concentrating on developing the guitar as a thesis project for his master's degree, and hopes to continue working on it as his doctoral thesis project. After that, he says, he hopes it will develop into a commercial product.
Publicado por Miguel Copon en 1:41 PM 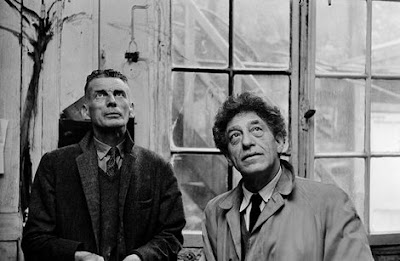 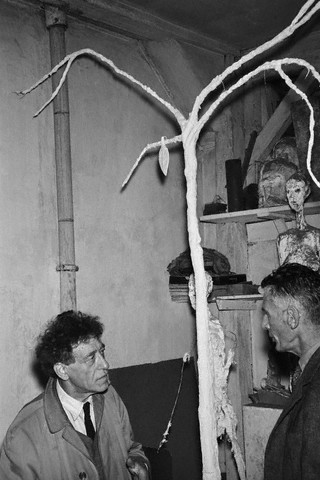 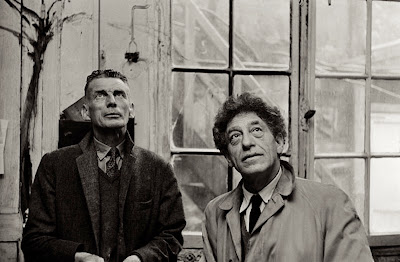 Sharif Sehnaoui is a free improvising guitarist. He plays both electric & acoustic guitars, with (or without) extended and prepared techniques, focusing on expanding the intrinsic possibilities of these instruments without the use of effects or electronics. He now resides in Beirut, his hometown, after more than a decade in Paris, where he started his career as an improviser in 1998, playing at Instants Chavirés where he was a member of several orchestras. He has since performed his music worldwide and played in many clubs & festivals such as Soundfield (Chicago), Moers, Konfrontationen (Nickelsdorf), Météo Music Festival (Mulhouse), Club Transmediale (Berlin), Skanu Mesz (Riga) or Musikprotokoll (Graz).
In Lebanon, he actively contributed to the emergence of an unprecedented experimental music scene. Along with Mazen Kerbaj he created “Irtijal” (www.irtijal.org) in 2000, a yearly international festival that is at the moment the only improvised and new music festival in the Arab world. “Irtijal” celebrated its Xth anniversary in 2010.
He also runs several labels: “Al Maslakh” (www.almaslakh.org) devoted to "publish the un-publishable" on the Lebanese musical scene. “Johnny Kafta’s Kids Menu” (www.johnnykafta.com) an Al Maslakh sub-label dedicated to rock oriented experimentations. And finally, “Annihaya” (www.annihaya.com), focusing on sampling, recycling and the displacement of various aspects of popular culture.
His main groups and projects include the “A” Trio (with Kerbaj &  Raed Yassin), BAO (with Kerbaj, Charbel Haber & Tony Elieh), an acoustic guitar solo using exclusively percussion techniques and “Wormholes” an audio-visual performance with Kerbaj drawing live on a glass table.