Charlie Patton was the first great Delta bluesman; from him flowed nearly all the elements that would comprise the region’s blues style.  Patton had a course, earthy voice that reflected hard times and hard living.  His guitar style - percussive and raw - matched his vocal delivery. 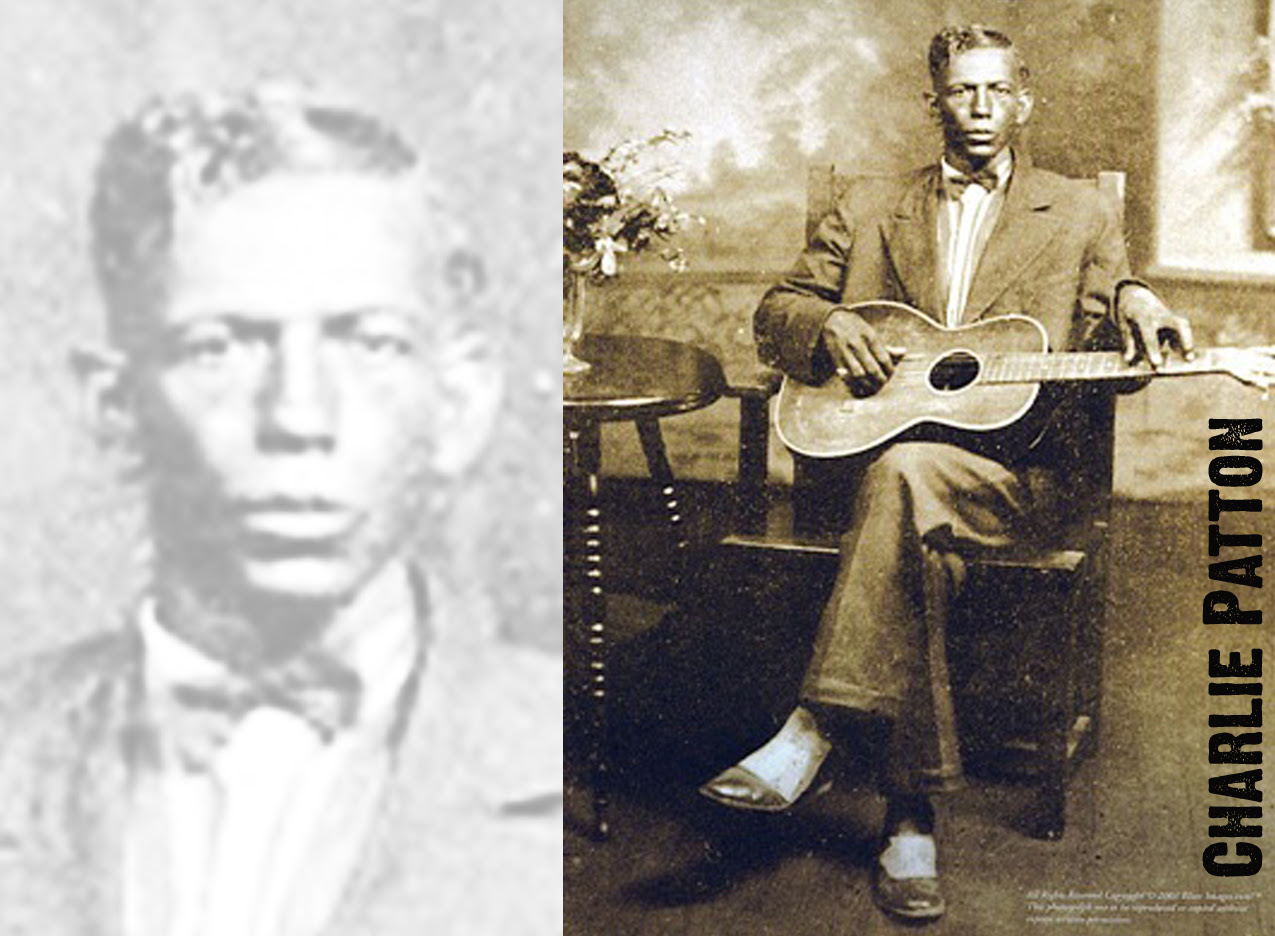 Patton defined the life of a bluesman.  He drank and smoked excessively.  He reportedly had a total of eight wives.  He was jailed at least once.  He traveled extensively, never staying in one place for too long.

Patton’s standing in blues history is immense; no country blues artist, save Blind Lemon Jefferson, exerted more influence on the future of the form or on its succeeding generation of stylists than Patton.  Everyone from Son House, Howlin' Wolf, and Robert Johnson to Muddy Waters, John Lee Hooker, and Elmore James can trace their blues styles back to Patton. 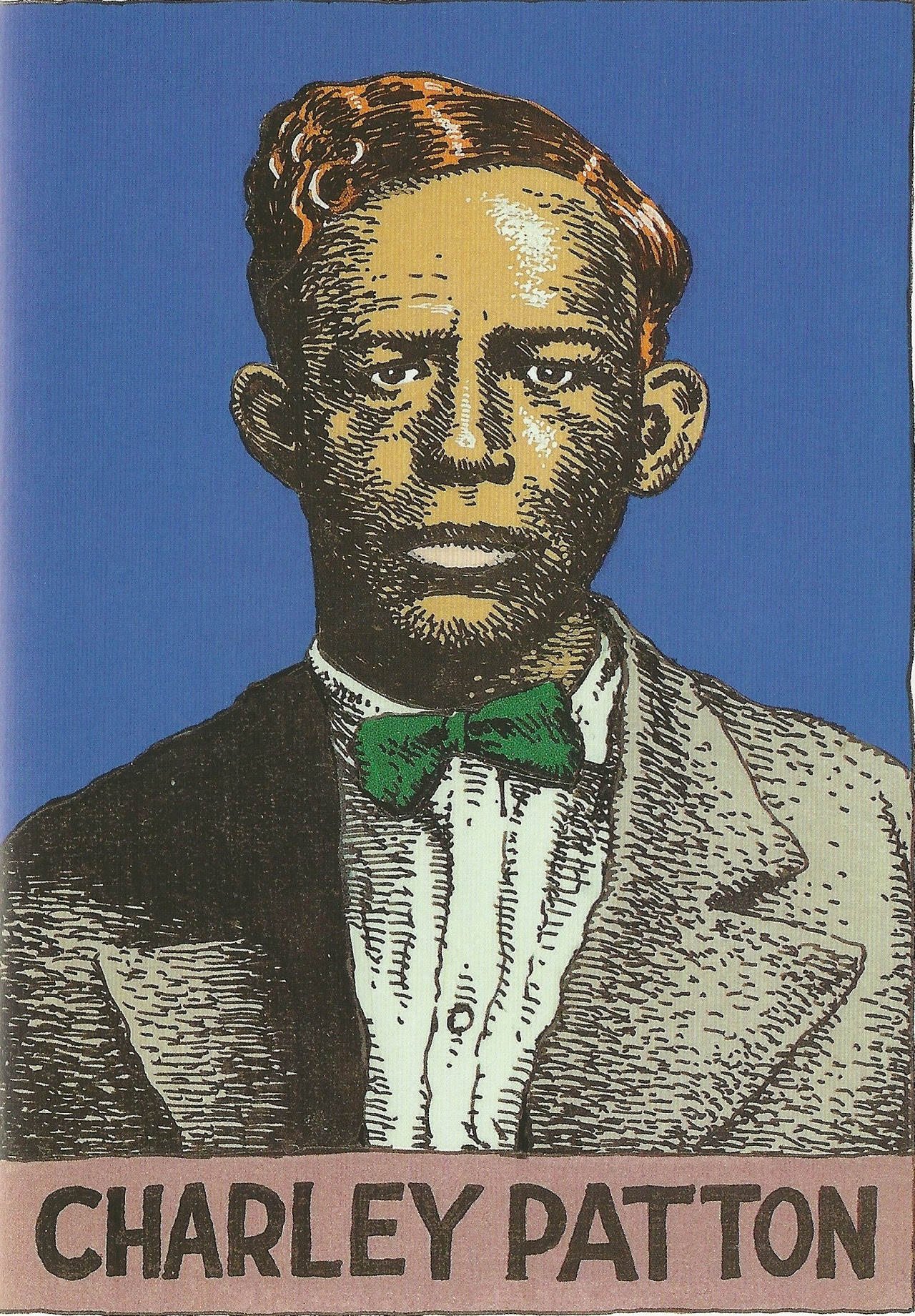 In a since, Charlie Patton, in addition to being a bluesman of the highest caliber, might also be the first rock & roller.  Patton was far from passive when he performed in front of an audience.  It was not uncommon for him to play the guitar between his knees or behind his back.  He also played the instrument loud and rough.  Patton jumped around and used the back of his guitar like a drum.  He was a showman and made histrionics part of his act.  Patton was inducted into the Blues Foundation's Hall of Fame in 1980. 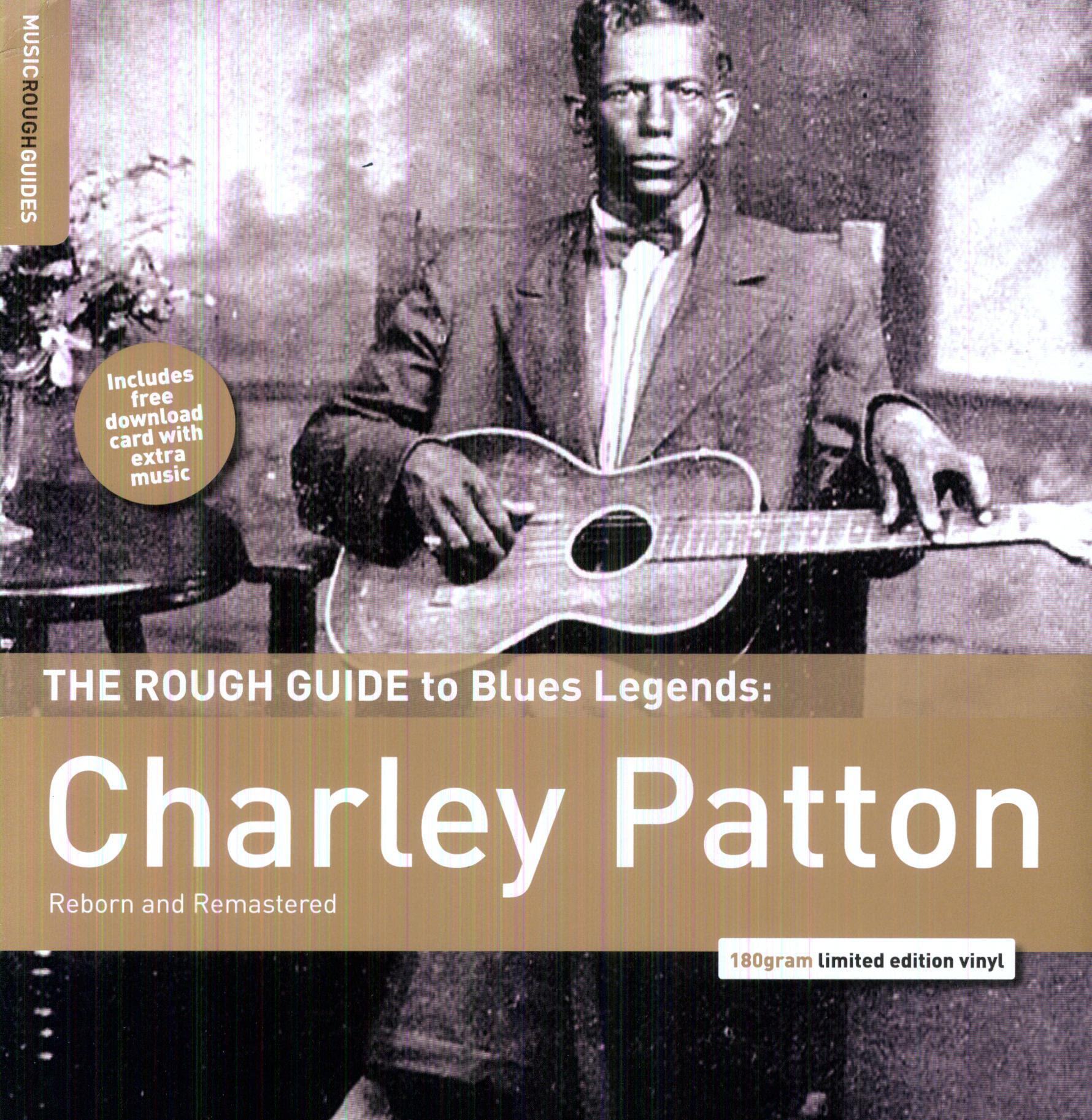 If the Delta country blues has a convenient source point, it would probably be Charley Patton, its first great star. His hoarse, impassioned singing style, fluid guitar playing, and unrelenting beat made him the original king of the Delta blues. Much more than your average itinerant musician, Patton was an acknowledged celebrity and a seminal influence on musicians throughout the Delta.

Rather than bumming his way from town to town, Patton would be called up to play at plantation dances, juke joints, and the like. He'd pack them in like sardines everywhere he went, and the emotional sway he held over his audiences caused him to be tossed off of more than one plantation by the ownership, simply because workers would leave crops unattended to listen to him play any time he picked up a guitar. 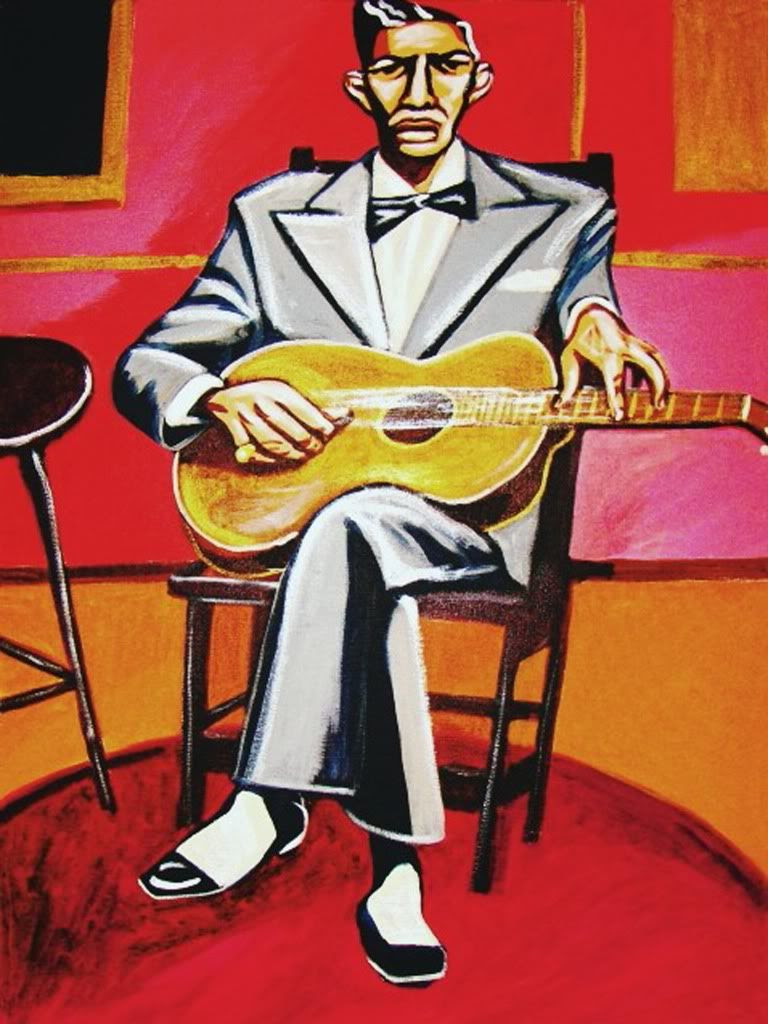 He epitomized the image of a '20s "sport" blues singer: rakish, raffish, easy to provoke, capable of downing massive quantities of food and liquor, a woman on each arm, with a flashy, expensive-looking guitar fitted with a strap and kept in a traveling case by his side, only to be opened up when there was money or good times involved. His records -- especially his first and biggest hit, "Pony Blues" -- could be heard on phonographs throughout the South. Although he was certainly not the first Delta bluesman to record, he quickly became one of the genre's most popular. By late-'20s Mississippi plantation standards, Charley Patton was a star, a genuine celebrity. 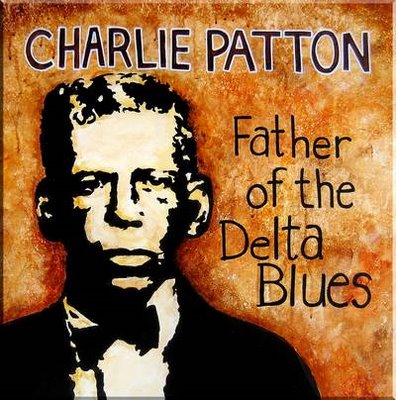 Although Patton was roughly five foot, five inches tall and only weighed a Spartan 135 pounds, his gravelly, high-energy singing style (even on ballads and gospel tunes it sounded this way) made him sound like a man twice his weight and half again his size. Sleepy John Estes claimed he was the loudest blues singer he ever heard and it was rumored that his voice was loud enough to carry outdoors at a dance up to 500 yards away without amplification. His vaudeville-style vocal asides -- which on record give the effect of two people talking to each other -- along with the sound of his whiskey- and cigarette-scarred voice would become major elements of the vocal style of one of his students, a young Howlin' Wolf.

His guitar playing was no less impressive, fueled with a propulsive beat and a keen rhythmic sense that would later plant seeds in the boogie style of John Lee Hooker. Patton is generally regarded as one of the original architects of putting blues into a strong, syncopated rhythm, and his strident tone was achieved by tuning his guitar up a step and a half above standard pitch instead of using a capo. His compositional skills on the instrument are illustrated by his penchant for finding and utilizing several different themes as background accompaniment in a single song.

His slide work -- either played in his lap like a Hawaiian guitar and fretted with a pocket knife, or in the more conventional manner with a brass pipe for a bottleneck -- was no less inspiring, finishing vocal phrases for him and influencing contemporaries like Son House and up-and-coming youngsters like Robert Johnson. He also popped his bass strings (a technique he developed some 40 years before funk bass players started doing the same thing), beat his guitar like a drum, and stomped his feet to reinforce certain beats or to create counter rhythms, all of which can be heard on various recordings. Rhythm and excitement were the bywords of his style.

The second, and equally important, part of Patton's legacy handed down to succeeding blues generations was his propensity for entertaining. One of the reasons for Charley Patton's enormous popularity in the South stems from his being a consummate barrelhouse entertainer. Most of the now-common guitar gymnastics modern audiences have come to associate with the likes of a Jimi Hendrix, in fact, originated with Patton.

His ability to "entertain the peoples" and rock the house with a hell-raising ferociousness left an indelible impression on audiences and fellow bluesmen alike. His music embraced everything from blues, ballads, ragtime, to gospel. And so keen were Patton's abilities in setting mood and ambience, that he could bring a barrelhouse frolic to a complete stop by launching into an impromptu performance of nothing but religious-themed selections and still manage to hold his audience spellbound. Because he possessed the heart of a bluesman with the mindset of a vaudeville performer, hearing Patton for the first time can be a bit overwhelming; it's a lot to take in as the music, and performances can careen from emotionally intense to buffoonishly comic, sometimes within a single selection. It is all strongly rooted in '20s black dance music and even on the religious tunes in his repertoire, Patton fuels it all with a strong rhythmic pulse.

He first recorded in 1929 for the Paramount label and, within a year's time, he was not only the largest-selling blues artist but -- in a whirlwind of recording activity -- also the music's most prolific. Patton was also responsible for hooking up fellow players Willie Brown and Son House with their first chances to record. It is probably best to issue a blanket audio disclaimer of some kind when listening to Patton's total recorded legacy, some 60-odd tracks total, his final session done only a couple of months before his death in 1934. No one will never know what Patton's Paramount masters really sounded like. When the company went out of business, the metal masters were sold off as scrap, some of it used to line chicken coops.

All that's left are the original 78s -- rumored to have been made out of inferior pressing material commonly used to make bowling balls -- and all of them are scratched and heavily played, making all attempts at sound retrieval by current noise-reduction processing a tall order indeed. That said, it is still music well worth seeking out and not just for its place in history. Patton's music gives us the first flowering of the Delta blues form, before it became homogenized with turnarounds and 12-bar restrictions, and few humans went at it so aggressively.
Cub Koda