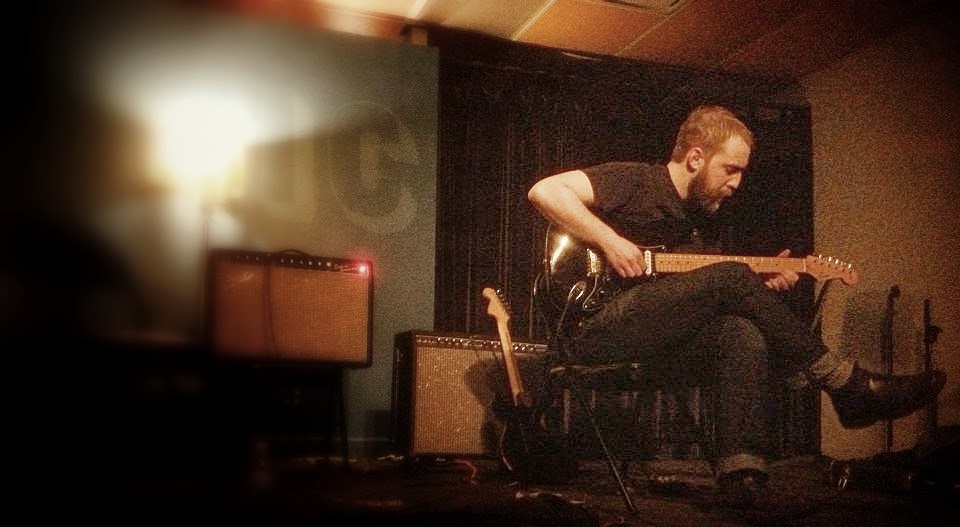 Eric Carbonara is a guitarist, composer, and audio engineer currently based in Philadelphia. His reverence for raw and honest aural expression has led him far and wide, composing works that embrace noise, improvisation, and aleatoric elements for the guitar. 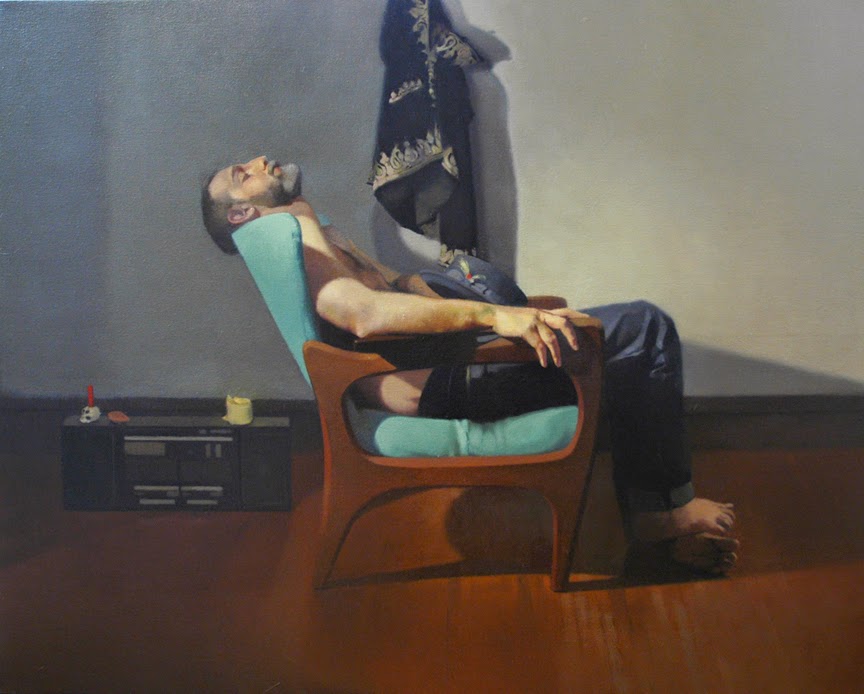 Carbonara's work stems from the belief that music is a vehicle for self expression and universal truth, a belief shared by his teacher, Pandit Debashish Bhattacharya. His playing weaves a variety of traditional forms producing a kind of exalted pidgin style in which one can recognize influences of Hindustani slide guitar music, Andalusian Roma-Flamenco, and 20th-century guitar compositions yet find it difficult to pinpoint any singular derivative source.

Carbonara has released 7 solo/duet albums and has been featured on many compilations from labels including VHF, Locust Music, Tompkins Square, and  Majumua Music, among others. In March of 2014, Carbonara released Tributes and Diatribes with harpist Jesse Sparhawk on VHF Records. 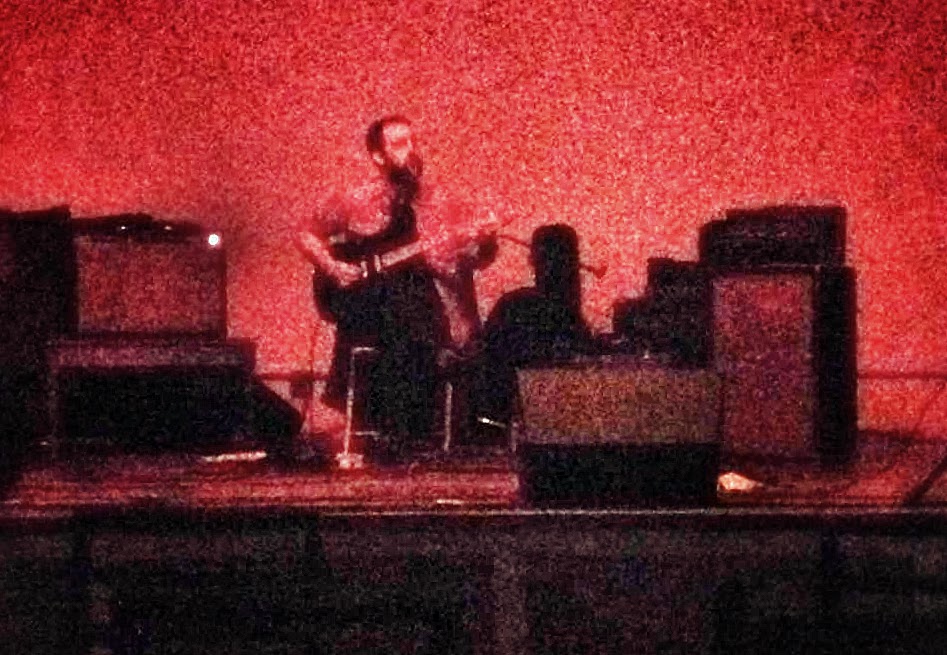 Carbonara's strengths lie in blending and juxtaposing seemingly polarized themes, revealing a more honest and thorough depiction of himself. Marc Masters in Pitchfork writes "His guitar often sounds idyllic but also filled with tension; his careful picks and strums could easily dive into darkness. Such countering themes are a product of Carbonara's approach to guitar, which is guided equally by physical technique and abstract imagery."

Carbonara has toured extensively throughout the United States, Canada and Europe alongside fellow guitarists such as Alexander Turnquist (VHF), Nick Schillace, William Tyler (MERGE), and Nick Millevoi (TZADIK).  When not working in the studio as an engineer/producer, he is at work composing and extending his technique and abilities.  Carbonara has been featured in Pitchfork, Washington Post, Chicago Reader, Philly Weekly, etc. and has performed live on WNYC's "Spinning on Air", WFMU, WPRB, WPSU, WNUR, among many other radio programs. 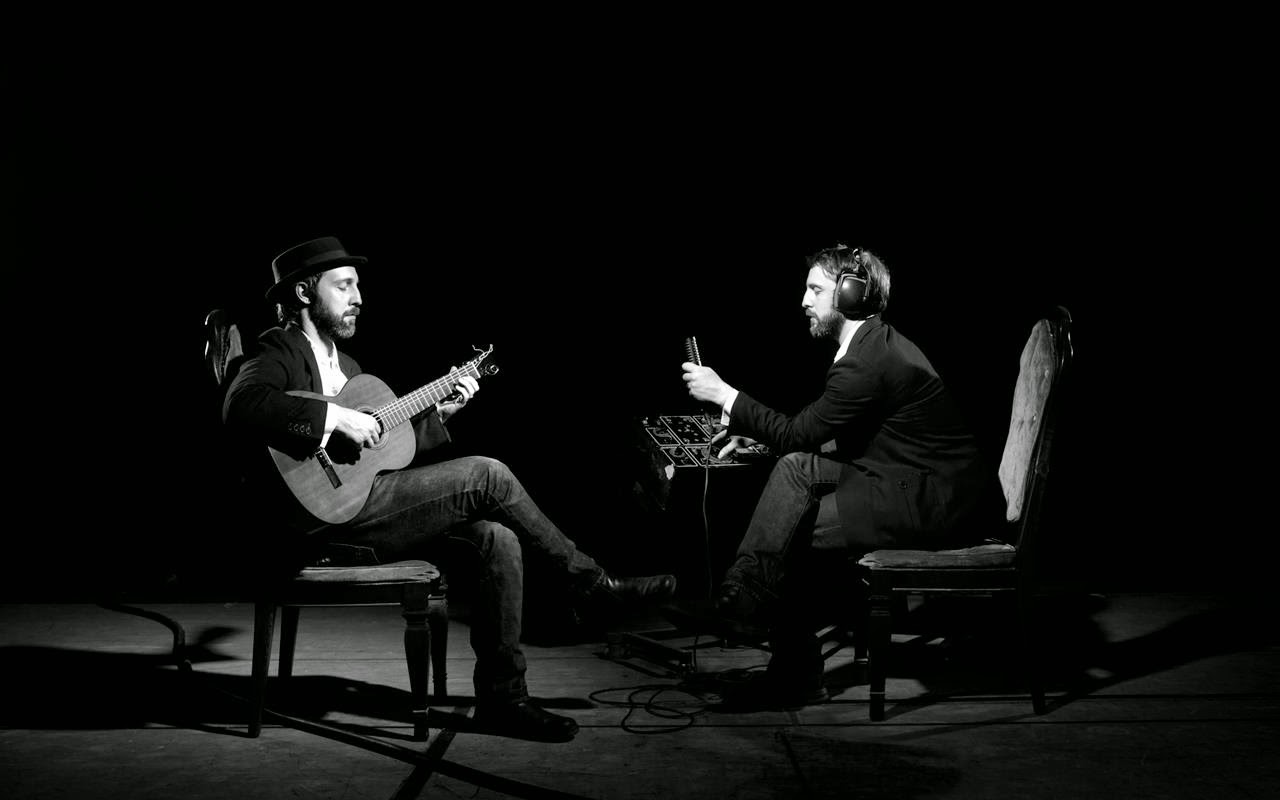 Technique is a means to an end.  A guitarist should strive to perfect their own interpretation of every technique that interests them, but only if they do so in order to say something original and true to themselves. I hate listening to guitarists with "chops" who play a lot without saying anything.

I never listen to my own music after an album or recording is completed. To me, it ceases to be alive the moment I hold a physical copy in my hand. I've never really listened to any live recordings of myself that people have sent me either. A live piece of music or a composition in progress is a living thing to me. Most if not all of the music I write is narrative in nature and largely auto-biographical. I like writing as a diary and try to keep things as honest as possible. It's often about emotionally sensitive subject matter and to listen to my own music would simply conjure up those emotions again. Also, the recording process is a very cathartic experience for me and after it's over the piece is dead and becomes a physical thing I use to help pay the bills. However, every moment before it becomes a physical album it's sacred and no compromises can be made to arrive at a true statement.

I'm looking for a direct tap into the brain. Musical telepathy is really what I'm after.  I strive to write music that is highly accessible, immediate in it's impact, and undeniably honest in its telling of a story. I'm sure there are music terms to describe how to do this but I've always just gone from the gut. It's a sound of purity but not of innocence, a sound of rawness but refinement, a sound of gut-wrenching, bittersweet melancholic beauty. I think it's a sound that grows as you grow as a person, which is why I'll always be looking for it. I'd like to bring someone to madness with my music.

In recent years I've been listening to and focusing a lot more to jazz music.  I do a lot of work with a jazz and experimental music presenting organization called Ars Nova Workshop, which has exposed me to so much.  I've always listened to and been a fan of americana music and it always finds a way to seep into what I write.

I started playing music because my friends were doing it. There were many times as a teenager when I had genuinely psychedelic and dare I say spiritual experiences while listening/playing music. However, it wasn't really until I started spending time with Pandit Debashish Bhattacharya that I really had my mind blown. My studies and experience with him didn't manifest so much in "Indian influences" in my playing as they did in a new outlook on how I perceive myself and my own music. Also, the first time I ever heard Terry Riley was a pretty life-altering experience.

My fiancée, Julia Clift, is an immensely brilliant painter. Everyday we have long conversations about painting, music, and the role of the artist in today's society. I'm a very visual person in how I write. I envy visual artists because they can create a much more immediate depiction in terms of depth and 3 dimensional space. I think my relationship with visual arts is most apparent with my work as an audio engineer as my work here is less narrative and more about creating dimension and space.

I'm only 35 but if I could talk to myself at age 14 I would tell myself that practice is everything. I once heard Debashish Bhattacharya offer advice to a young girl and I had kept it with me since then. He said "music is your best friend, music will always be here for you when you are lonely, or happy, or sad. But to truly know music, and to truly appreciate it, you have to give yourself to it wholly. You have to surrender your life to its demands."  I grew up hearing a lot about what I could not become or should not become but not much about what it would take in order for me to follow through with my dreams, I'm lucky to have an inherit work ethic but I'm ashamed of myself for never devoting myself more fully at a younger age.

I decided to take a hiatus to focus on establishing myself more solidly as an audio engineer for stable income and because I was simply unhappy about how I was performing and writing. I've dabbled with trying to make my income solely off of music and I simply didn't like the toll it took on my personal life. So I decided that I needed to protect how special it is in my life and only do it when I feel inspired and excited about it. I'm at a point now where I'm writing again and looking forward to performing more again. The future holds a few new albums that have been in the works but more importantly it holds a renown passion and realistic expectations. Also, I'm much more interested in collaborations with other artists now.

A musician is a conduit of universal truth. If "sound priest" was a job title I'd prefer it over musician. What I like most about being a musician is feeling tapped into something that is bigger and beyond all that is known, and feeling immune to the lame category that American society relegates the musician to.

As a guitarist, I used to think it had everything to do with the luthier and the wood. After seeing musicians in India shredding on splintered wood with bowed necks and rusty strings, I'd say it really depends on who's holding it. Now as an engineer, I cringe when I have to record a guitar that isn't set up properly.

Moments of perfect musical happiness are fleeting and fast but have a lasting effect. I often find it in grace notes and microtonal notes. There's a degree of dissonance that when used right can vividly depict the state between happy and sad.

I don't recall what the first record I ever bought was but the first one I ever really listened to was given to me by a girl I had a crush on in 11th grade. I told her that I got my parent's old turntable from the basement and got it to work and she brought over some records. One of them was "Forever Changes" by Love. She said she didn't like it and that I could have it. So that was really the first record I ever got.  I can't recall the last one I bought either! A lot of what I end up listening to is other people's music I recorded or mixed or friend's albums that were given to me. I've really been digging Rob Mazurek and Black Cube SP lately.

It's a double edged sword. The same technology that allowed me to purchase fairly inexpensive recording gear and start a business is also the same technology that makes it difficult for me to make money from selling my own music. The major benefit of course is a somewhat level playing field in terms of how people can get exposure. Sure, you can hire a publicist and buy magazine ads but for the most part I'd say that the artists that are very aggressive on social media eventually get a return on the time they spent. The major challenge of course is how to make money when anyone can just download your music illegally. I'm certainly not an expert in the subject but I think sorting out a streaming revenue model that works for both artist and business is key. 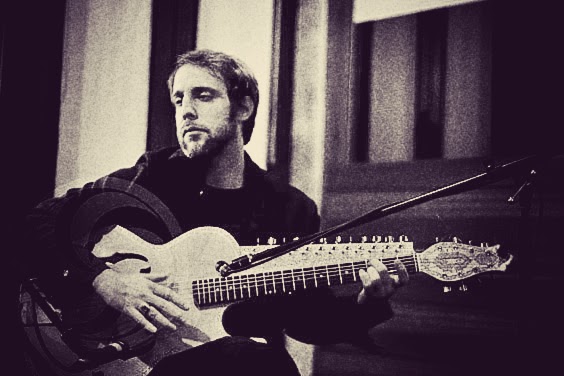