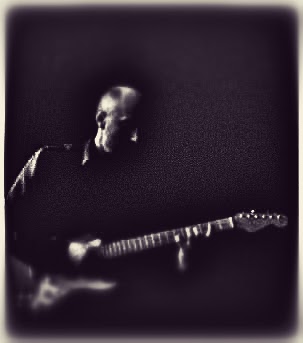 Bruce Eisenbeil is a composer, improviser, and guitar instrumentalist who has dedicated his life to the advancement of modern guitar techniques through the growth and evolution of modern improvised music. He has twelve CD's released on a variety of labels including: ESP, Pogus, Nemu, Konnex, Cadence, C.I.M.P and Nine Winds. Eisenbeil has performed and recorded with some of the best musicians throughout the USA, Canada, Japan, Switzerland, France, Sweden, Denmark, Germany, Brasil, and at many festivals. Eisenbeil has been living in New York City since 1995.

Although Eisenbeil was born in Chicago, he grew up in Plainfield, NJ which is where he began playing the guitar when he was 4 years old. He has been performing professionally since he was 15. Mostly self-taught, Eisenbeil studied with a few great teachers including Joe Pass, Howard Roberts, Joe Diorio, and Dennis Sandole - teacher of John Coltrane and Pat Martino. 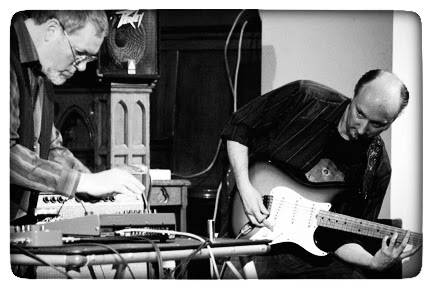 Critics have located him not only in the line of guitarists such as Wes Montgomery, Django Reinhardt, Grant Green, Billy Bauer, Derek Bailey, Sarnie Garrett, Sonny Sharrock, Curtis Mayfield, John McLaughlin, Jimi Hendrix and Jeff Beck but also with saxophonists John Coltrane and Ornette Coleman and pianists McCoy Tyner and Cecil Taylor. His ensemble writing has been associated with that of Miles Davis, Don Cherry, Brian Ferneyhough, Sun Ra, Anthony Braxton, the Art Ensemble of Chicago and the Revolutionary Ensemble.

Chuck Berry’s Greatest Hits, and I recently bought “An Evolving Cycle” by Gheorghe Costinescu, a uniquely gifted composer and pianist who lives in New York City. The first solo I learned from a record was either Chuck Berry’s  “Johnny B. Goode or Cream’s “Sunshine of Your Love”.  I still play both.

Music becomes ruined when I expect something from it.  In order for me to enjoy music I have to be in the present, in the “now”.   This way I have a direct and immediate experience with the music.  I have learned that expectations keep me from enjoying the “now”.   For me, music is mood, emotion, and color.   Personally, that is how I experience music.

I have different types of work including idiomatic and non-idiomatic composition and performing.  Some work is composed through, some work is completely improvised and other work situations include a combination of composed and improvised materials.  Each type of work fulfills some needs but not all.

On the new Totem> CD, “Voices Of Grain”, there are several perspectives and concepts that I am surprised critics haven’t picked up on.  For instance, pitch matching, use of quarter tones, unusual hybrid scales (Silence On Its Road), new highly resonant chords (Genosong), and unique melodic vocabularies that illuminate deep, new, multi-dimensional emotions (Silence On Its Road). Furthermore, Tom Blancarte’s fantastic intonation and tonal clarity is demonstrated not only in the arco sections but also in the super fast pizzicato sections that alternate through extreme registers. And of course, drummer Andrew Drury brings so much sound to the experience.  Not only is he tuned in to the flow of traditional rhythms around the drumset but he also has a highly attuned awareness of new sounds that he quickly picks up on and develops.  Those with less experience discard the best sounds too quickly.  Andrew illuminates the poetry in the sound.

The development and maintenance of a variety of techniques is important so that I am able to perform what I hear and want to play in any given moment.  When my right and left hands are working well together, they are in synch and I am not conscious of my technique.  This way I can express myself effortlessly.  However, technique isn’t the most important quality that I admire in musicians.

The qualities I admire most in musicians include huge amounts of expression and emotionalism, imagination, sensitivity, and the ability to foster communication that flows in both directions.

A great guitar inspires me.  Those instruments are a work of art.  Generally speaking, a guitar is just a tool.   I can make music with any guitar.

The digitization of music exists in a variety of mediums.  There are challenges and benefits to each of them.  Some digital benefits include recording and mixing with a variety of platforms including Garageband, Logic and Protools.  I use Finale to prepare scores and as a compositional tool.  I access Youtube almost daily for research and as a place to post my own performance videos.  Youtube is a great way to listen to music, especially concerts, from all over the world - including concerts from the past several decades.  I use a program called “Transcribe” for a variety of utilitarian and creative purposes.  Soundcloud is a great way to share music.  Dropbox is an effortless way to share large files with people I’m working with.   It’s a drag that once music is digitized it is easily stolen and pirated and that the creators loose their shirts.  I look forward to the time when this is not the case.

Although everyday is different, I am always looking for a sound that is inspiring.  I am inspired to play with sound when the guitar, amplifier and the room are all interacting well.  I’m always looking for clarity.  I need good amps for that.  I prefer tube amps made by Mesa Boogie and Fender. 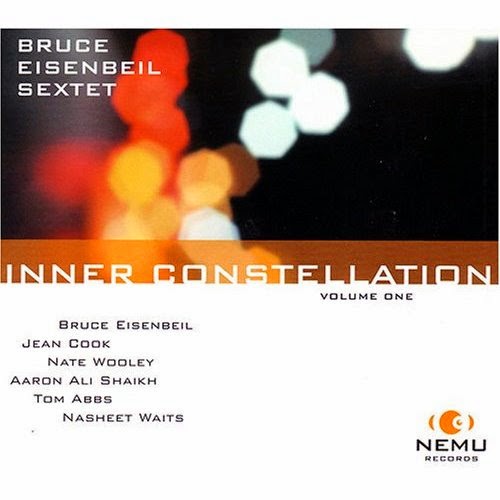 I have participated with many other artistic disciplines.  Working with a variety of modern dancers, Butoh dancers and improv dance companies has helped me realize how movement and gestures tell a story.  The movement of sound compliments the movement of the human body.  Additionally, I have worked together with painters, sculptors and visual artists who use live editing.  I have also performed with a variety of avant garde theater pieces as well as Broadway and off broadway musicals.

To have fun, to learn, to explore how my sound can interact with the sound of others or the movement and energy of others.  It’s even nicer when all of this helps to pay the bills.

What artist, living or dead would you like to have collaborated with?

Picasso – his perspective and ability to renew the past while simultaneously transforming his own vision to reach an epiphany continues to inspire me.

Furthermore, not many know that I studied architecture.  Architectural perspectives influence my sense of balance and composition and proportions. Some architects that have influenced my work include Frank Lloyd Wright, Robert Venturi, Frank Gehry, and Santiago Calatrava. On a personal note, after meeting Venturi in 1988, and then reading his book “Learning From Las Vegas”, I was inspired to compose music in new ways.  The composer Xenakis was also an architect.  I like his music very much.

From Film directors I learned about “montage” and how to juxtapose seemingly disparate contrasting images as the weave that intertwines multiple story lines.  Directors who have passed, that I enjoy and have learned from, include Tarkovsky, Bergman, John Cassavetes, Fellini, Hitchcock, Billy Wilder, John Ford, John Huston, Luis Bunuel, Akira Kurasawa, Stanley Kubrick, Alejandro Jodorowsky, Stan Brackage, and Sergei Eisenstein.  More importantly, I am interested in continuing to work with the best living artists while they and I are still on this planet.

Valuable advice that someone has gifted to you in the past?

Some valuable advice I was given regarding the music business and life in general was, “Don’t loose your sense of humor.” 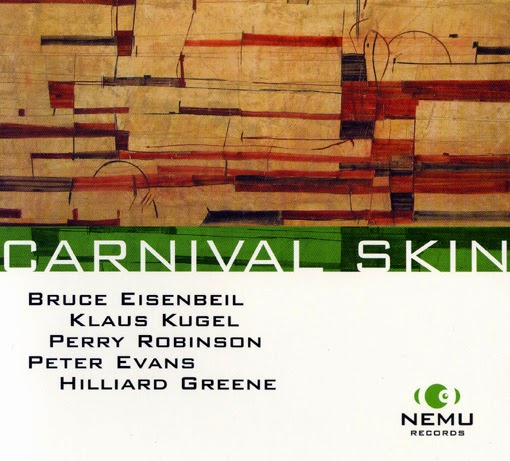 I want to record and tour with a project that reaches the hearts of many people.   Music that is born from it’s environment, incorporates the past and is yet newly transformed.  Sound, dance and words -  spoken or sung - so that the whole experience is a transformation of the past. I’d like the music to be beautiful, spacious and soulful.  Songs that are strong and gentle.  An album that explores a diversity of styles and textures.  For one thing, it’s been on my mind to do a solo guitar album.  Additionally, as I am quite proud of my sextet CD, “Inner Constellation volume 1”  I would like to complete and record the trilogy.  I would like to record a lot of the blues covers I’ve been playing most of my life.  Without making this list too long,  I’d like to record and tour in a band that features a vocalist.