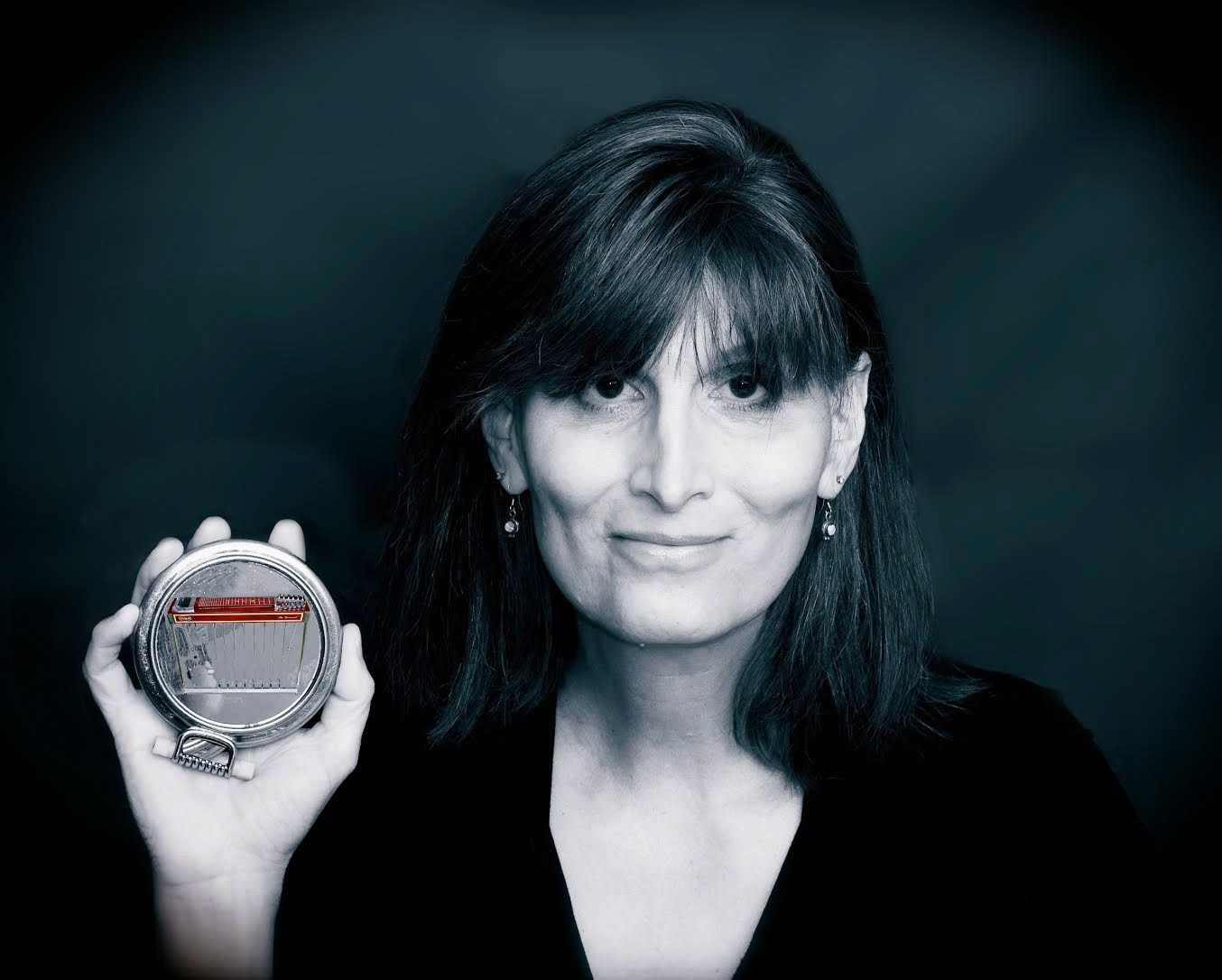 Susan Alcorn is a Baltimore, Maryland-based composer and musician who has received international recognition as an innovator of the pedal steel guitar, an instrument whose sound is commonly associated with country and western music.Having absorbed the technique of C&W pedal steel playing and refined it to a virtuosic level, her original music reveals the influence of free jazz, avant-garde classical music, Indian ragas, Indigenous traditions, and other musics of the world. The UK Guardian describes her music as "beautiful, glassy and liquid, however far she strays from pulse and conventional harmony." 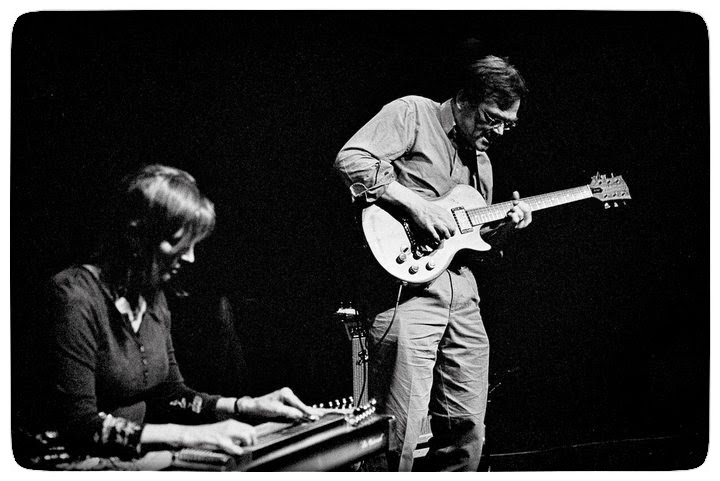 
One of the world’s premiere avant-gardist on her instrument, Susan Alcorn has taken the steel guitar far beyond its traditional role in country and western swing music. Well-known among steel players for her virtuosity and authenticity in a traditional context, Susan Alcorn first paid her dues in Texas country & western bands. Soon she began to expand the vocabulary of her instrument through her study of modern classical music (Olivier Messiaen, Edgard Varese Krzysztof Penderecki, Pauline Oliveros), avant-garde jazz (John Coltrane and Ornette Coleman), and world music (Indian rags, South American songs, and gamelan orchestra). 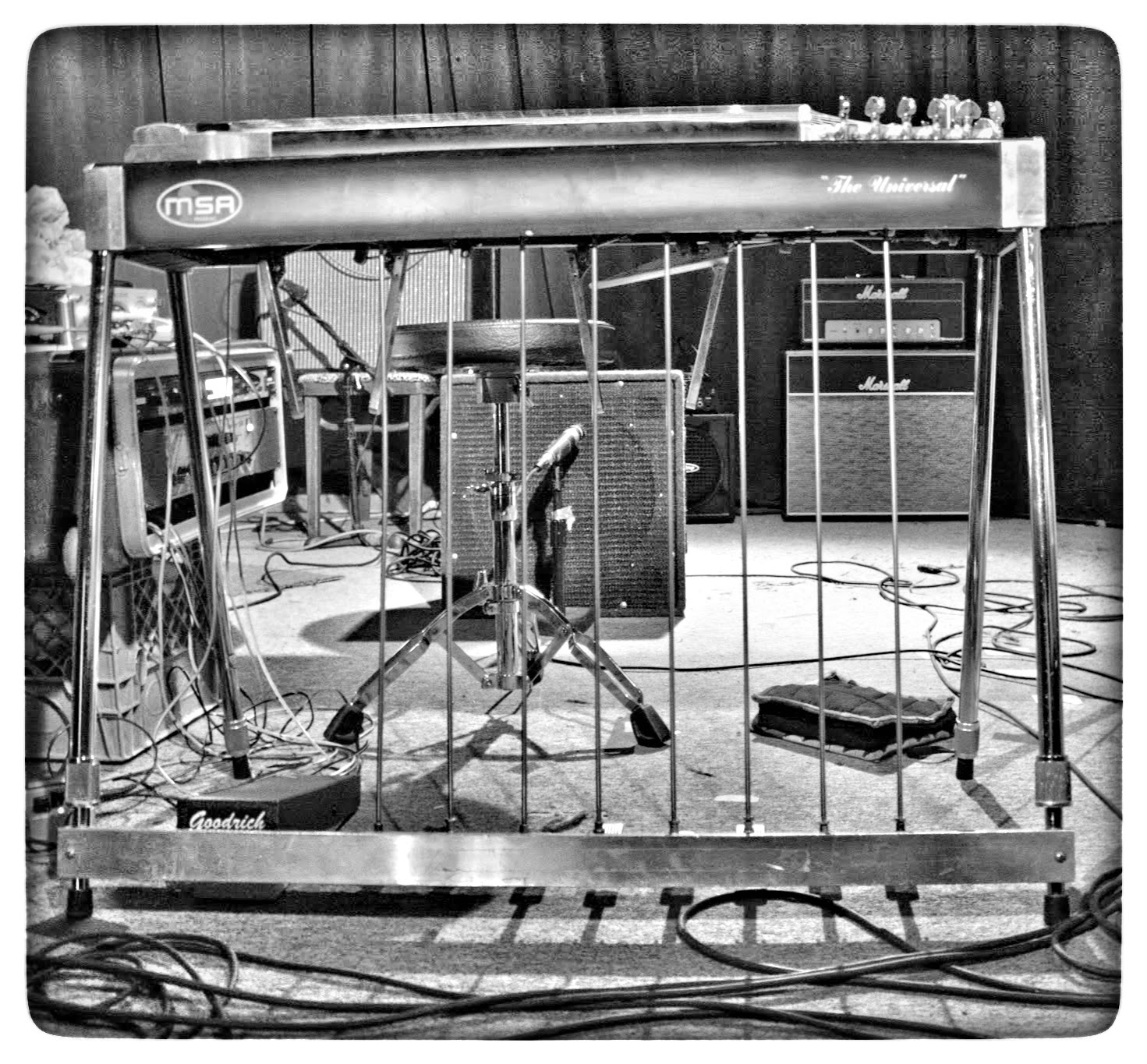 In addition to frequent tours throughout North America and Europe, Susan has performed in the UK at the London Festival of Experimental Music, the On The Outside Festival in Newcastle, and the Glasgow Improvisors Orchestra Improvisation Festival; in France at the Musique Action Festival in Vandoeuvre-lès-Nancy, Ateliers Tampon and Instants Chavires in Paris; in Germany at the Leipzig JazzTage and with the ICI Ensemble in Munich; The Stone, CBGBs, and Issue Project Room in New York; Il Continiere in Rome; and at Arsenic and Cave 12 in Switzerland.
Though mostly a solo performer, she has collaborated with numerous artists including Pauline Oliveros, Eugene Chadbourne., the late Peter Kowald, Chris Cutler, Ellen Fullman, Evan Parker, Michael Formanek, Ellery Eskelin, Josephine Foster, and the Mivos Quartet. 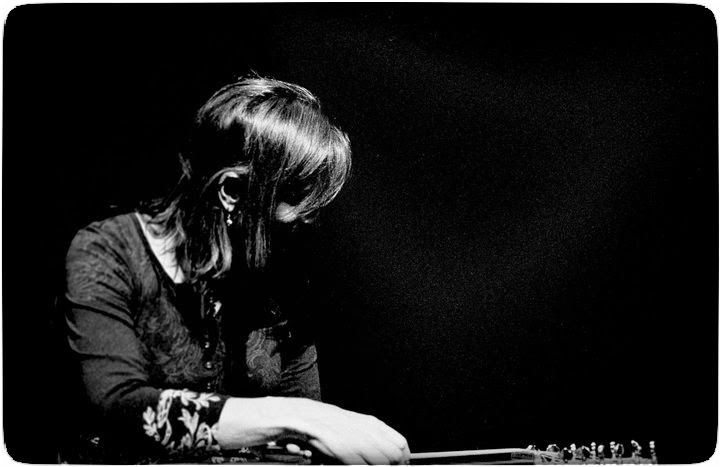 As an improvisor and composer, Alcorn has proven to be visionary. Her pieces reveal the complexity of her instrument and her musical experience while never straying from a very direct, intense, and personal musical expression.
New releases include the solo album Touch This Moment (Uma Sounds), and Mirage with Ellery Eskelin and Michael Formanek (Clean Feed).


Which was the first record you bought with your own money?  What were other early records you bought?

Well, that’s going back a ways. For singles, it may have been a Beatles 45 rpm (“What Goes On”/”Nowhere Man”), Petula Clark (“Downtown”), perhaps the Turtles (“Happy Together”/“You Baby”), or Dusty Springfield (“I Only Want To Be With You”). but I’m not sure that was with my own money. Early albums I bought were The Dave Clark Five, Jimi Hendrix “Are You Experienced”, The Mothers of Invention’s “Freak Out”, Edgard Varese’s “Ameriques” by the Utah Symphony Orchestra, The Monkees’ first album, and Paul Revere and the Raiders “Spirit of ’67” (I was once a teenager). What else? John Coltrane “His Greatest Years”.

I think the last record I bought was about a month ago after seeing Nadia Sonnenberg Salerno perform Shostakovich’s Violin Concerto No.1 in A minor with the Baltimore Symphony orchestra. The way she plays the cadenza affects me deeply. The album contains that piece and a symphony by Barber.

What do I need from music? Hmmm . . . Music is life, it’s truth; it’s beauty, sometimes ugliness, it’s emotion and that which exists beyond emotion. It’s the sound of the universe completely contained and expressed in the vibration of one little proton. So music is everything. What do I need from it? When I’m feeling needy, I guess I just want to stand close to it, touch it for the briefest moment, or be in its shadow, perhaps at times be the shadow itself and the reflection. To die, to sleep, to dream, awaken and love, to share that most intimate and profound part of myself and thus everyone. If I need something from music, I guess that would be it, but I’d rather not need.

It’s difficult to say what work of my own I am most proud of because all the pieces I’ve written or recorded are like my own children, so an absolute favorite is not easy. Last summer I wrote and recorded a piece titled “The Healer” which I like a lot, though it has not been released. I like “And I Await the Resurrection of the Pedal Steel Guitar” which I recorded nine years ago. “Twin Beams” is another one I like. Also,  “Mercedes Sosa”. Why do I like them? I guess it's because for some reason I always like to play them; they seem to resonate with me perhaps a little more deeply than some others.


Substratum is performed by Susan Alcorn on pedal steel guitar, with the Mivos String Quartet.


Last winter I recorded a mostly solo album of Astor Piazzolla’s music which I’m very fond of. I had been wanting to make this recording since I saw him perform in 1987. It’s due to be released sometime next year on the Relative Pitch label. Performing Jeff Snyder’s composition “Substratum” with the Mivos Quartet was kind of a big deal for me. Last year, the album “Mirage” with Ellery Eskelin, Michael Formanek, and myself was released. I’m proud of that music.

For me, practice is paramount, and I practice as much as I can, though “practice” is kind of a funny word. Maybe it’s that I “play” or "play/practice" as much as I can to stay in close touch with the pedal steel guitar and the music that moves me. I think the more familiar you are with your instrument, the more you are able to express  a wider ranger of musical feelings and ideas, and I think the instrument opens up to you more this way. I feel most happy when I am able to practice and play my steel guitar. And I’m often unhappy when I’m not able to.

I’m not sure that there really is a truly “good” or “bad” guitar. There are some that are built with more care than others, but those don’t always sound or play better. I think a musical instrument is a living thing - a breathing and sentient entity. When I sit down to some instruments (but amplifiers, etc. are also part of the equation), there seems to be an immediate affinity - things seem to flow effortlessly, and there’s a sound that inspires me to close my eyes, let my mind and imagination run on there, and play. With others it takes more time to get to know them and perhaps for them to get comfortable with me (I imagine that can be very difficult for them at times), or maybe we won’t ever bond. It’s just like people. Some you just instantly like; some are hard to get to know, but when they’re friends, they’re friends for life as long as you respect them and treat them well. And others you wish well, but maybe keep a safe distance.


Susan Alcorn​-​And I Await The Resurrection of the Pedal Steel Guitar from Hipshot Guitars​-​Vol​.​One by mike cooper

Well, the benefits are, for musicians, it’s easier to record, produce and share music. I can send an mp3 file to someone I collaborate with rather than mailing a cassette tape or something. Also, for the listener, it’s easier to find and purchase music without having to leave your home. I suppose most musicians would say this. On the other hand, to my ears analog recording sounds better, I miss the rapport with people in record stores, I miss beautiful album covers, and the feeling that what you’re hearing is special.

I don’t know. I try to listen and get a sense of what sound is out there (in my head? in my instrument? in the ether?) and somehow share that with my audience. It’s a process I can’t usually do rationally or deliberately - I have to try to be ready (this is where practicing comes in), feel it, and just let it happen. Sometimes I have dreams where my steel guitar is various combinations of a giant bell, a gamelan orchestra, a trumpet, a bass/cello/viola/violin, a dove, a grand piano, and a human voice.

Why do you love the pedal steel guitar?

Let me count the ways. Ever since this first time I heard a pedal steel and saw one I’ve been smitten by their beauty - the bar seems to float above the guitar itself, reflecting light in a certain way that to me looks magical. I like the richness of the sound (though I guess any instrument can have a rich sound - how do we define richness? Is it our personal taste?), the way the notes sustain and decay. I love the way it expresses the notes between the notes, the sounds inside the notes between the notes, the microtones, the harmonics, all through the subtle movement of the bar. Again, I know that every instrument has these qualities when played well, so maybe it’s all subjective. Perhaps the reason I love the pedal steel guitar is because for some odd reason it chose me. Also, it’s compact, light, easy to set up, easy to play, and easy to carry around.

I’m not sure I can put that into words. Live music is vibrant and in the moment, and then it’s gone (at least to our mortal ears and attention spans). A recording and a composition (which, for me, is a rather blurry distinction between freely improvising and "thinking" or writing out an idea) can be like this, but it seems to freeze that moment in time, which can be a beautiful thing. Sometimes to me it’s more personal; sometimes it’s a bit lonely - a communion between the self, the music, the steel guitar, and whatever we can say alone together at night, earphones on my head, sound between my ears.

What dead artist? Well, in my hubris, I would like to have collaborated with Olivier Messiaen; perhaps an early Edgar Varese would compose something for this odd electric instrument and allow me to record it. I would have loved to perform with Mercedes Sosa. She was getting on in the years, but her death really hit me. Who else? I would have loved to play a duet with Alice Coltrane or Albert Ayler; Derek Bailey or Tony Levin; Agnes Martin or Mark Rothko; Violeta Parra or Victor Jara; Tammy Wynette or Mel Street; Jimmy Day or Joaquin Murphy.

At the moment, I’m mostly working with other people’s music. I’ve been playing on some songs for NY musician Ember Schrag’s newest album and playing occasionally with her band; recording an album with country singer Zane Campbell (a true one of a kind); playing a duet with Mary Halvorson, and some things with Josephine Foster. I’m also working on a recording project with Max Johnson’s Silver Quartet (Max Johnson, Kris Davis, and Mike Pride).

As for my own music, I have a few solo concerts coming up and I’m starting, I think, on a new album. 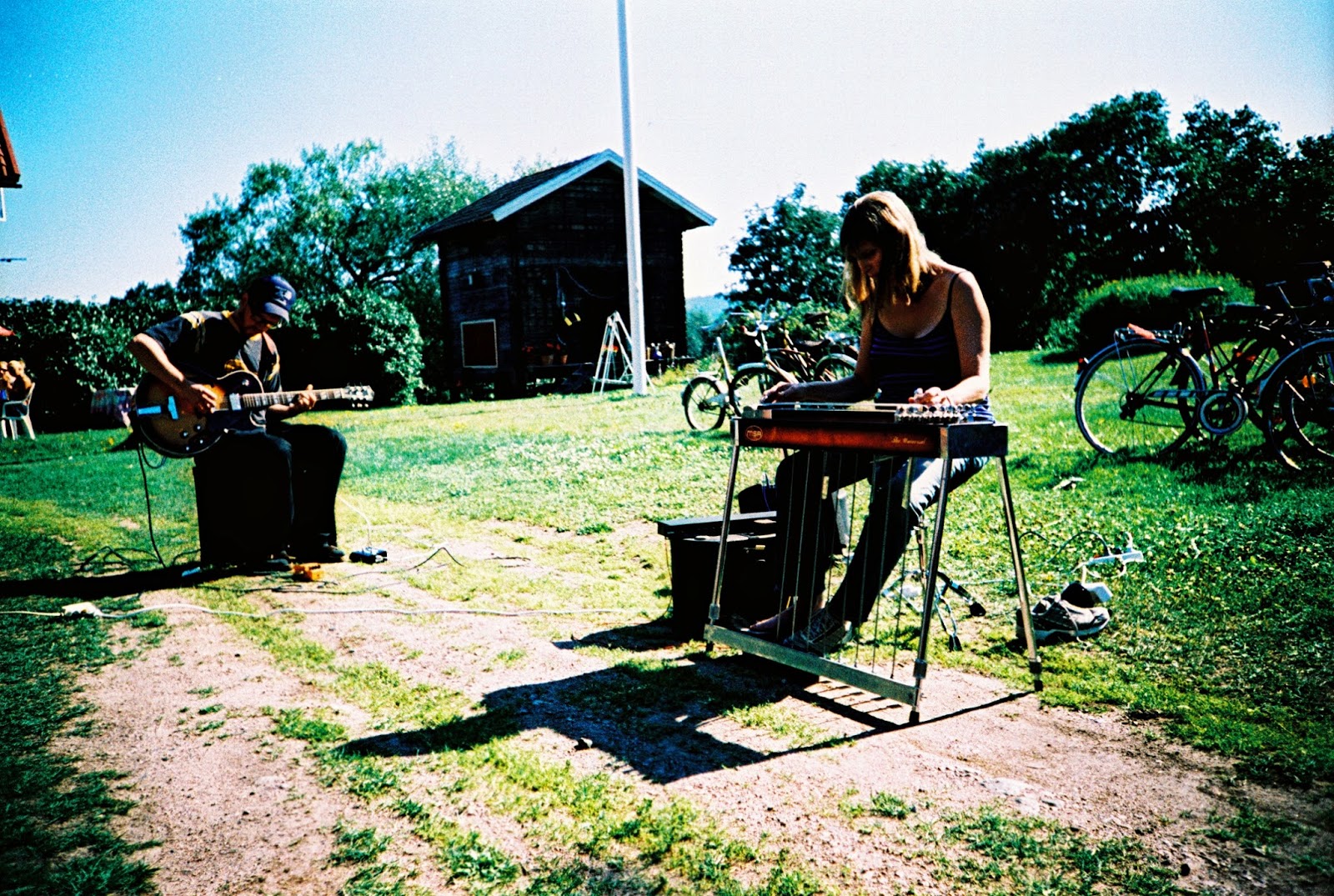 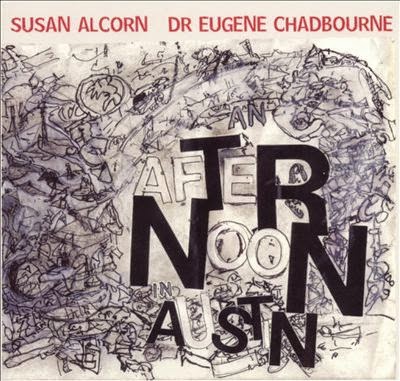 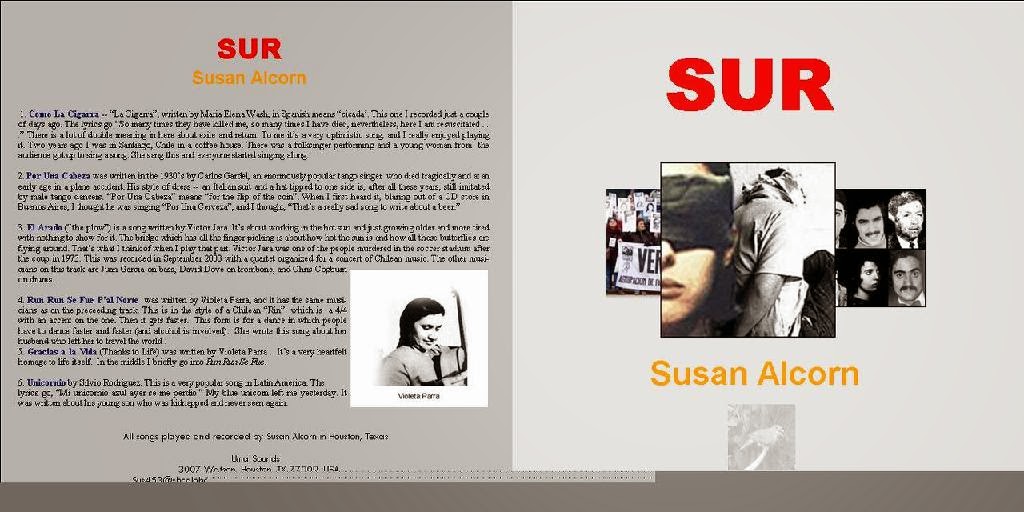 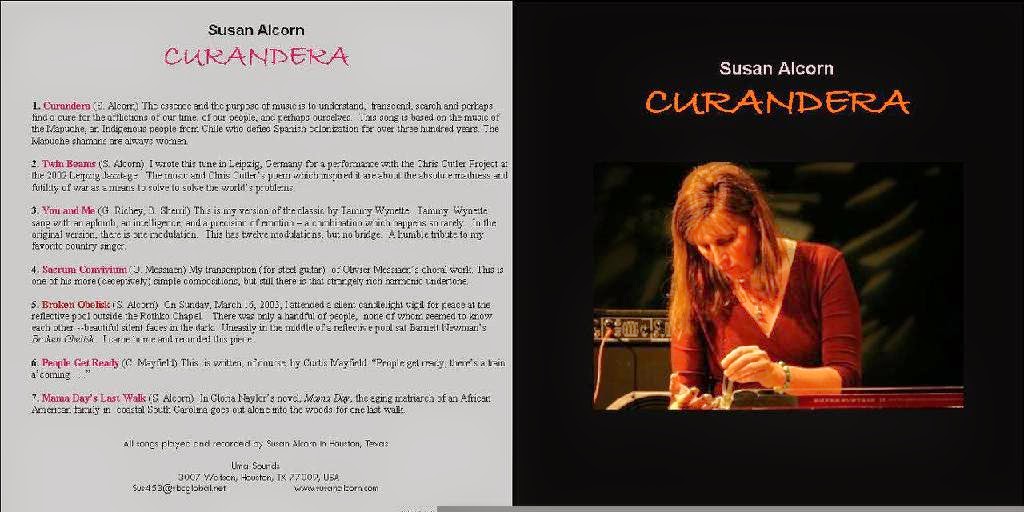 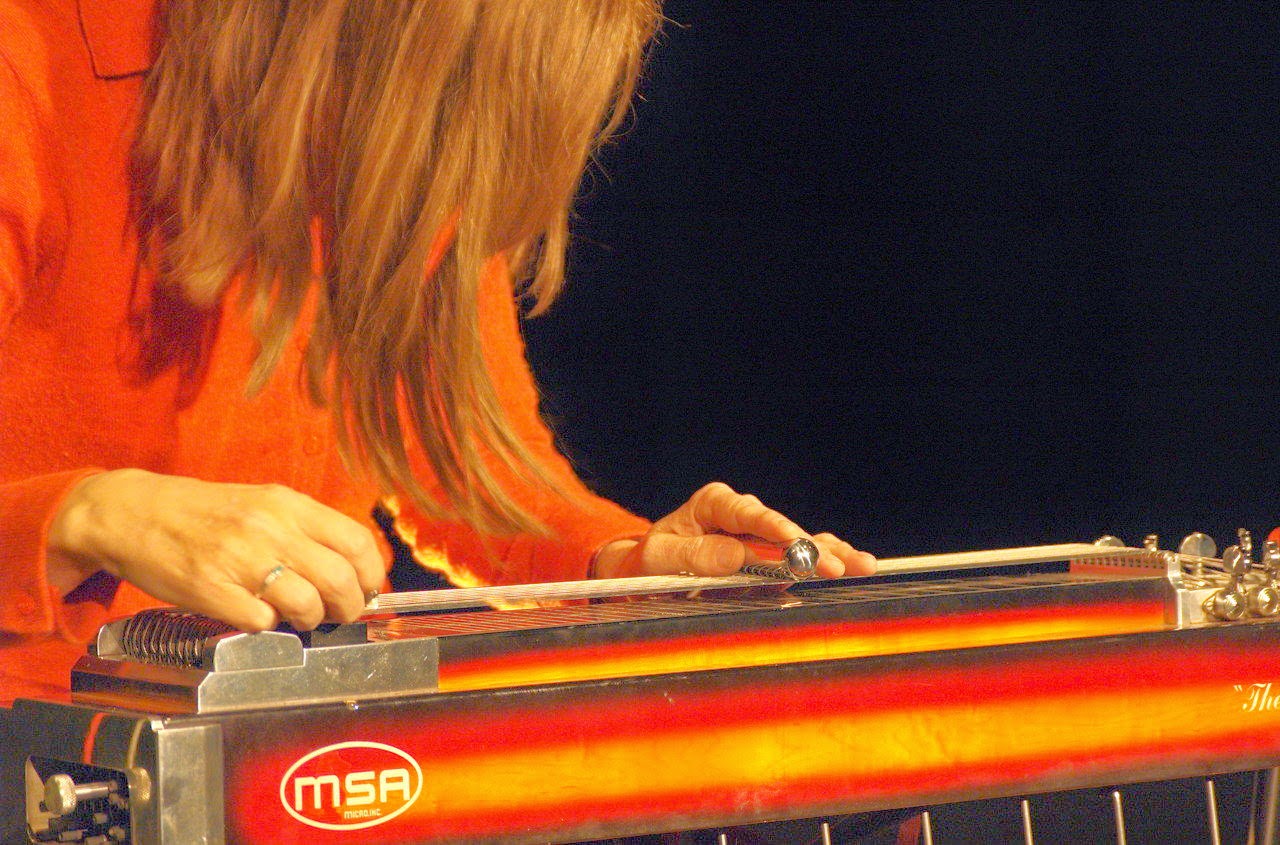 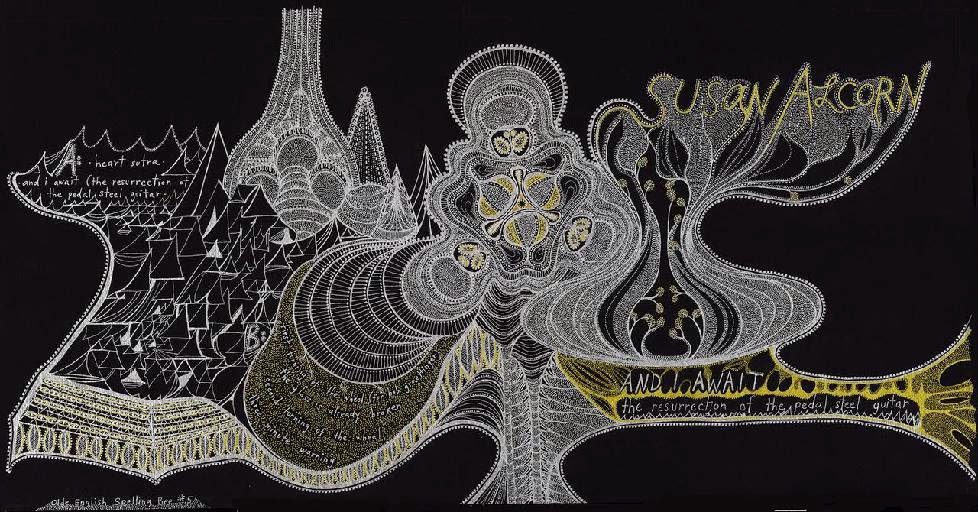 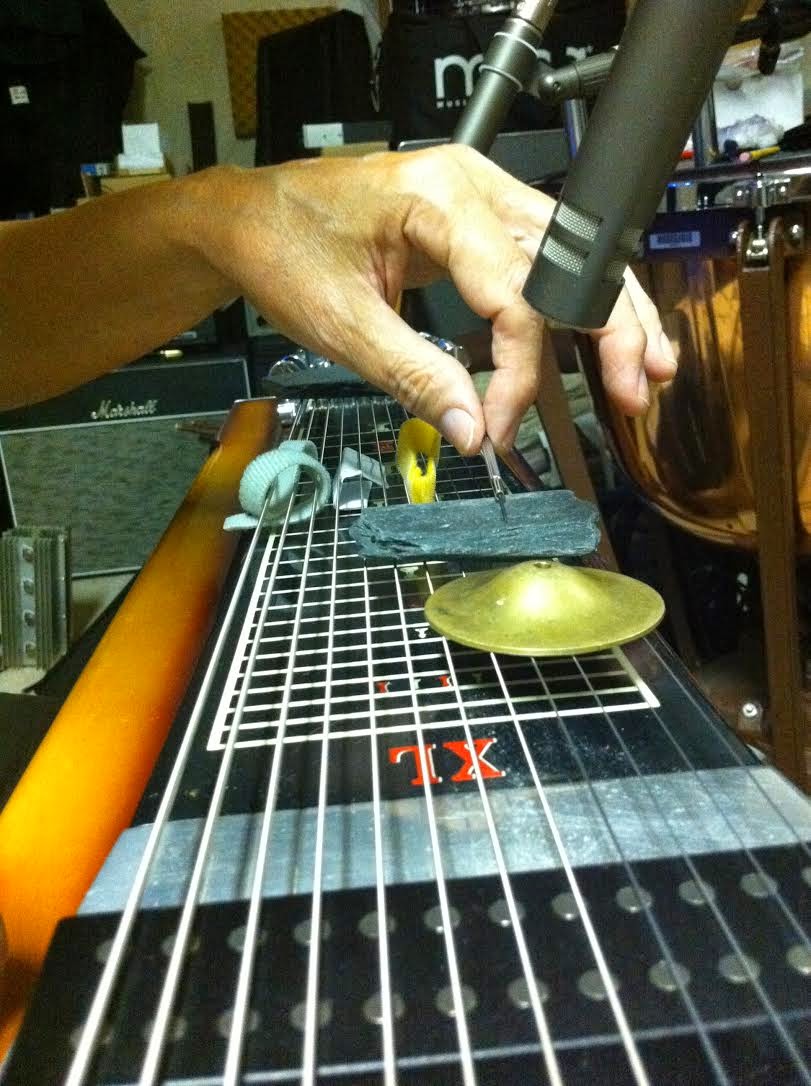 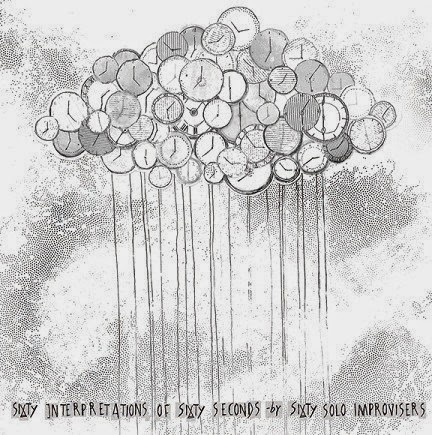 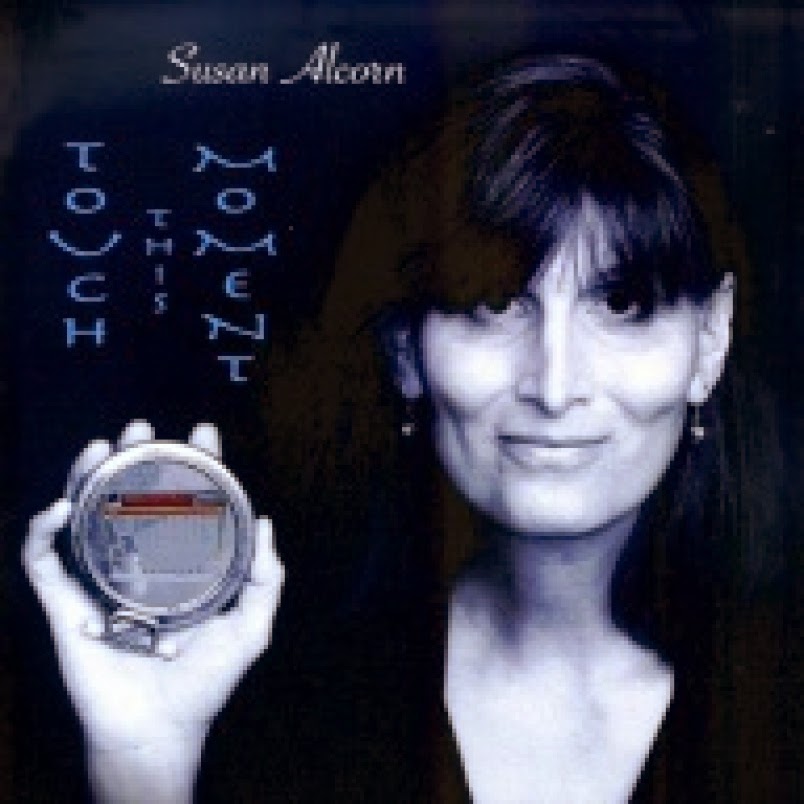 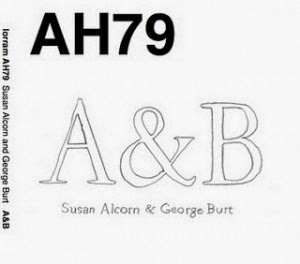 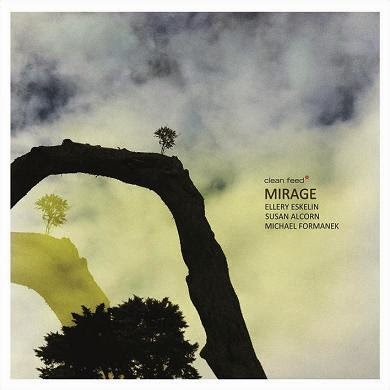 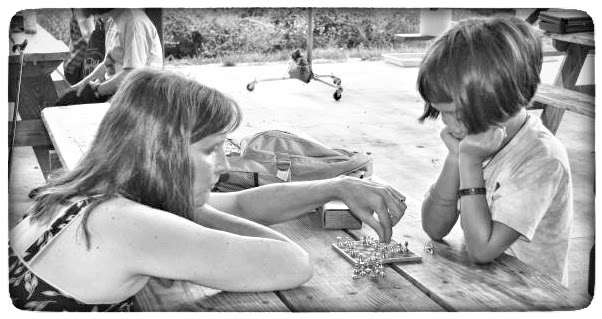