He is known for developing dense extended techniques on electric guitar, and he’s considered a master of avant guitar: multiple layering, characteristic swirling, bending sound, complex grainy textures, dense counterpoint, influences of birdsong, Smith's stereo electric guitar is deeply rooted in rock and blues, and he fits in like he was born to the task. The guitar is palmed, stroked, and smothered in search of new sounds. Smith's playing is a looping, graceful expression of energy, ideas and sheer joy.

His solo recordings touch many spheres of reference: laptop's fascination with glitch music but from a live perspective; the muffled and trapped strings echo prepared piano as rough pressured rhythms are layered over wandering multiple glissandi.

Gary Smith began from a rock background, with early influences that included Eric Clapton, Jeff Beck & George Harrison. After some years of playing a wide variety of commercial music, in the UK & Europe, Gary made the decision to move away from the mainstream.

In 1975 he formed improvisational group The Acme Quartet. The quartet collaborated with singer/songwriter Bill Fay. After three years with The Acme Quartet, Gary stopped performing in public and started a nine-year period of musical study. He studied harmony and counterpoint with classical composer John South, and developed a solo guitar language for both electric and acoustic guitar.


After this period of study, Gary made his first recording, Rhythm Guitar, a series of 22 solo improvisations on acoustic, electric, and amplified acoustic guitars. This was followed by recording with the group God on their album Possession. In 1993 Gary recorded a duo improvisational album with John Stevens. His next recording project, Stereo, was an improvisational trio with Lou Ciccotelli, the drummer of the group God, and bassist David Sturt. Since that time Gary has made three recordings with the group Mass, Mass and From Zero & Mixed Media, another solo album Forgotten Room with Chairs, and one with Rhys Chatham titled Hard Edge. He was part of the trio Powerfield, with keyboardist Pat Thomas and drummer Joe Gallivan, which recorded in 1998 Electronic/Electric/Electronic, and Field Recordings in 2006.

“I play basically the same wherever I play but I listen differently. I’ve never been afraid to play what I want. I’m not going to deviate from what I think is right. I do what I do.”


“Gary Smith swims circular; parting water, breaking the waves. He plays to his pulse, he breathes in, he breathes out, each lung full of muggy feedback clouds, smoke circles hovering round his head”
David Keenan

It probably doesn't exist in the everyday world. As I play with the amp very loud & magnify the details with a wide range of touch & only a volume pedal, I'm often dealing with sound that isn't generally heard. In the last year i've been working towards getting behind these normally unheard sounds. The ' back ' of the sound as I think of it. An  extremely delicate touch is needed, almost towards nothing. Of course when you get there, there's more background noise, particularly the closer you listen. Perhaps this is a move towards silence.

Firstly, that I didn't know what to do with it! I had no idea at all. The strings were so high that it was practically impossible to play, but of course I didn't know that then. The strings would have been very heavy gauge I think & it took awhile to work out there were different gauges available, although not the variety of gauges there are now. People were still using a banjo string for a 1st string. The development of light gauge strings is a good subject that hasn't really been covered. The effect not only on the music for guitar, but new techniques of string bending, vibrato etc that were quite forign to previous guitarists, old school players, particularly jazz guitarists. Plain 3rd or wound 3rd?

I've no idea why I chose to play the guitar. I was very successful in other areas ( outside of music ) before starting guitar, so i wasn't in need of attention. I know music was touching me emotionally & once I could play well enough a sort of emotional door opened for me. An almost tangible experience, quite profound. I can still remember certain of those playing experiences & can still feel the residue from them. Trying to then get my playing ( which was developing fast ) to balance with that emotion was difficult & took some time. The guitar definitely opened a door for me though & I don't question that.

The question implies something existing, a recording perhaps? As I'm an improvisor the music is always in a state of change & recordings capture something of those moments, but not the whole musical experience; although I do love recording & there are many recordings that I've been very pleased with. Mostly, I'm often surprised by what I'm playing & have developed, as a few years earlier it would have seemed unimaginable.

The feel of the wood on the neck, the frets, the surface of the strings. Wound or unwound strings. Using every part of both hands.Touch. It's a very tactile instrument. Also knowing that I understand what I play & why I play it. My ideas don't come from the external, other musics, other players etc. I don't make leaps & bounds, one thing leads out of another & so developing has become almost self generating. Older approaches sometimes have to be let go, but mostly are just floating around in the back of my head waiting to surface. Perhaps they won't, who knows. This keeps the music alive. It's all a pleasure.


Tell me something you need from art and why?

Ideally it's uncompromising, has integrity. It's a place to go that is elevated & I can let go of everyday life .

If you mean sleep, that's too long a subject! Musical dreams perhaps. My musical imagination is always ahead of my technique, so it's about how to realise/achieve what I'm imagining. A high percentage of my ideas now are developed away from the guitar, just by thinking. I carry the thoughts around with me. Wherever I might be I can at any moment  ' play guitar '.  So when I sit down to play I have many new things to work with. Waking dreams perhaps?

The question doesn't have any meaning for me really. If it's a scene it's become wide ranging , so defining it would be difficult. It's another development like anything else in the world.Technology will be a side issue for a serious musician; by that I mean if there were no digital technology it wouldn't matter, it would be another kind of development. Perhaps the electric guitar! Obviously it's good to be able to record in different environments, have more time, control costs, buzz things around the world. We accept recorded sound now, but stand back & what is stranger than listening to someone sing who has been dead for many years? We adapt, assimilate & move on. I just take from technology what I need.


Define one image you're still looking for.

I'm always looking to incorporate all the parameters of music into my playing. I love harmony particularly, but being a complete improviser it's hard to find a place where it's functional, as opposed to being just decorative or like an effect. Also, that it sounds natural within my style. Finger vibrato was another issue; we all know that just one note bent on the electric guitar suggests Albert King, Peter Green, Paul Kossoff etc & that can break the spell for the listener when it's not rock music. The power of history! The vibrato problem took time to solve & that was very recently. Ultimately, total integration is what I'm looking for.

Musically there is a point when I'm performing where I go off some place else. It's like going into a tunnel, it's difficult to explain. It seems I close my eyes, although I'm not conscious of this at the time. It's as though I'm looking at the neck of the guitar ( which I'm not ) & thinking & functioning  very clearly .This is most notable when I play solo ( where I might play continuously for 40 mins or so ). It could be to do with concentration, letting go? I really don't know.

Can you name one artist that infallibly moves you and how it makes you feel?

Giorgio De Chirico, the painter. He was the first painter I came across that really grabbed me & when I go back to his paintings, it's still the same. Mysterious, quiet, empty, playing with our perceptions of time & space. Intellectual . Classical & modern. A ' one-off ' maverick.  ' Once avant-garde, always avant-garde ', I say. Historians often alter the place that innovators should have in history. It's the intention that's important, not what century you are born in.

My only influence originally was pop & rock music. Jeff Beck on the Yardbirds singles was the first thing that really made me sit up. Eric Clapton with Cream; Mick Hutchinson; John McLaughlin around Lifetime & the first Mahavishnu group; Ray Russell & his early quintet, although not all of that music. There were many others, but these mentioned were the main departures, points of development. After that guitarists & guitar had no influence on me at all. I didn't listen to guitar music or improvised music for 7 or 8 years ( this wasn't a deliberate stance ) & studied classical harmony & counterpoint. I didn't stop playing guitar though.

I play on a daily basis. I'll go to the top of the house ( this is Italy ), sit down, plug in, play the guitar. I like this time, it's very satisfying. I'm not a music businessman, I'm not involved in that, the push & shove. If proposals for performances or recordings appear that's good, I'm pleased. It's important for me to stay engaged in the music. As uncompromisingly as possible. This is the way it is & has been. So my latest project is: the next time I play guitar. 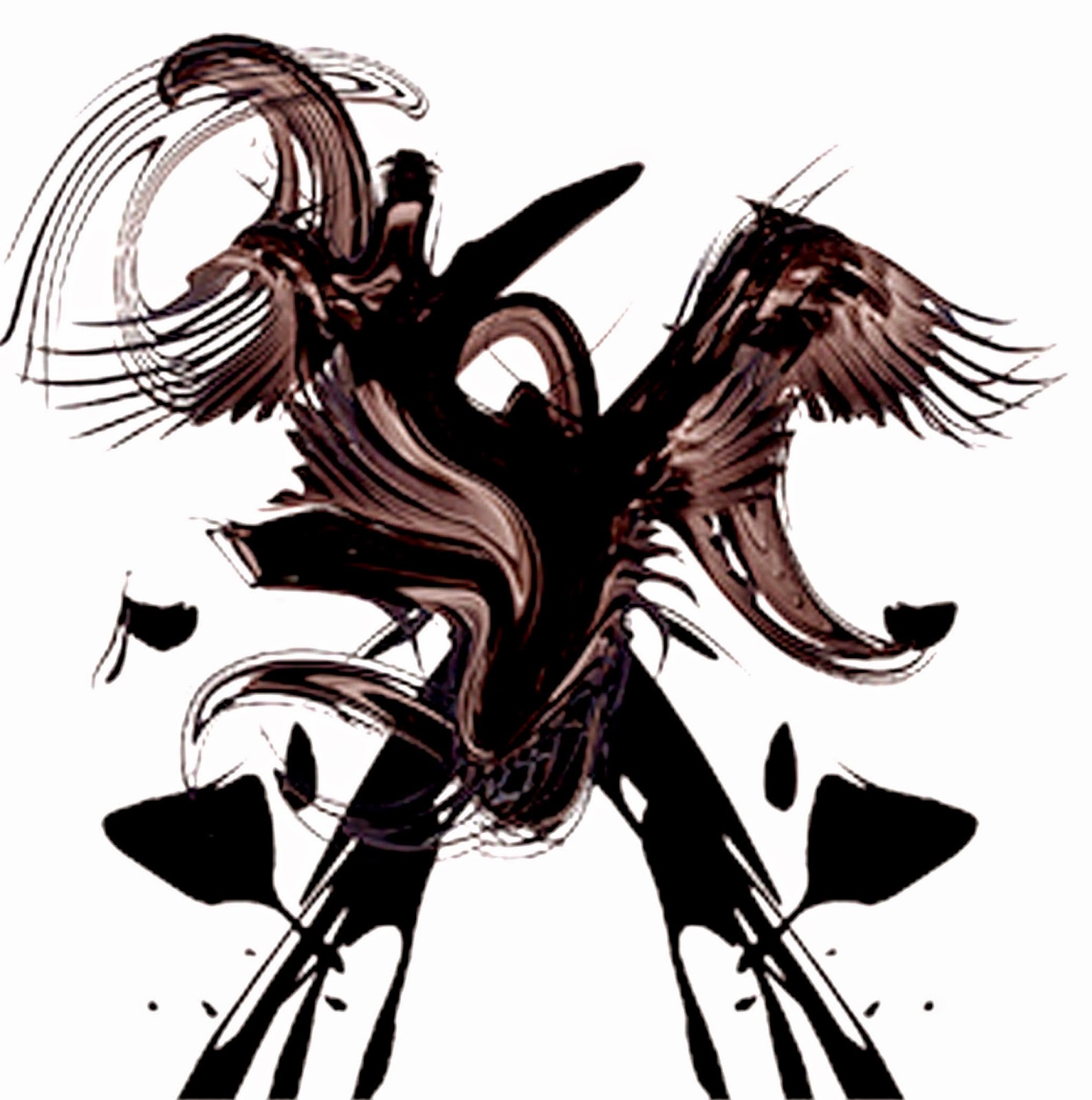