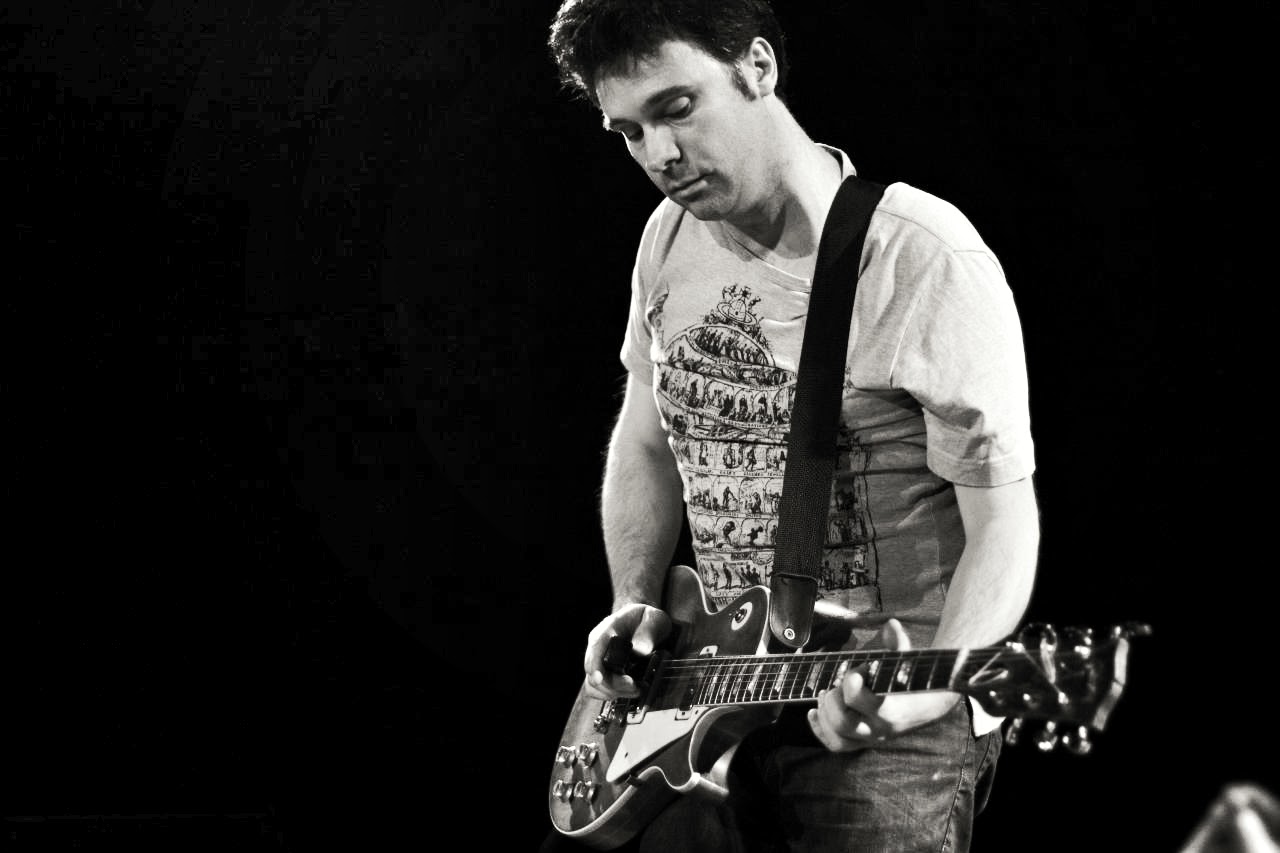 david fenech has been an active composer, performer, and improviser for over ten years in france. his works include acoustic, electronic, tape, and digital media, including sound installations and film scores. born in july 1969 (at the same time men were walking on the moon), david had a guitar for his 10th birthday and never ceased making music since then. 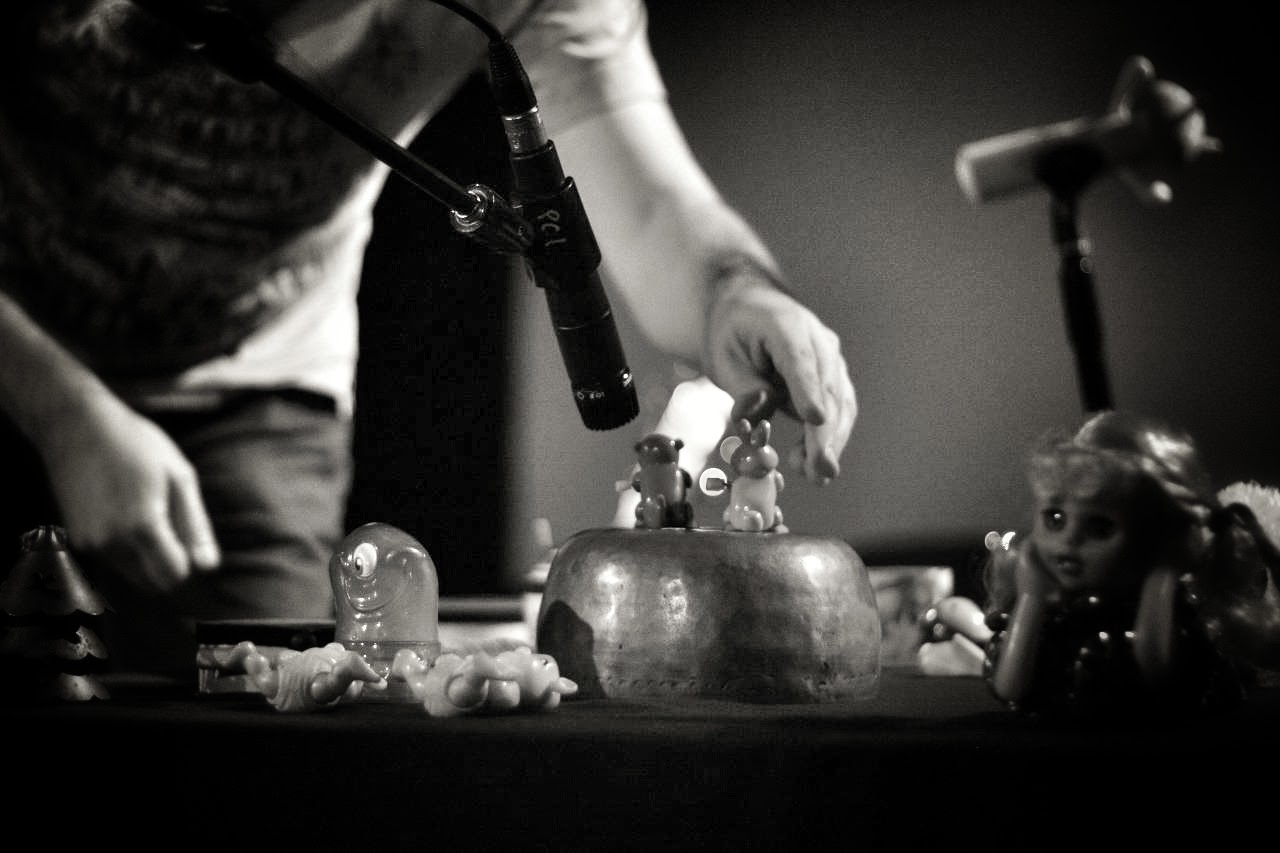 after creating the musical collective peu importe in grenoble in 1991 (free improvisation and songs – many gigs in europe) his music has shifted to more personnal and strange areas, mainly using voice as an instrument. he released his first solo cd called grand huit, in 2000, on the now defunct tout l’univers label. the record is like a long movie for the ears, with 8 different clips. this album is now re-released on felix kubin’s gagarin label. he then released a lp in duet with moka , called les vaches (cows) on romulus and remus. he released his second solo cd called polochon battle, late 2007, on the inpolysons label. the record features many guests such as felix kubin, toog, klimperei, shugo tokumaru, etc. check his discography for complete details (filled under : solo albums , compilations , as part of a group or as a guest musician ) 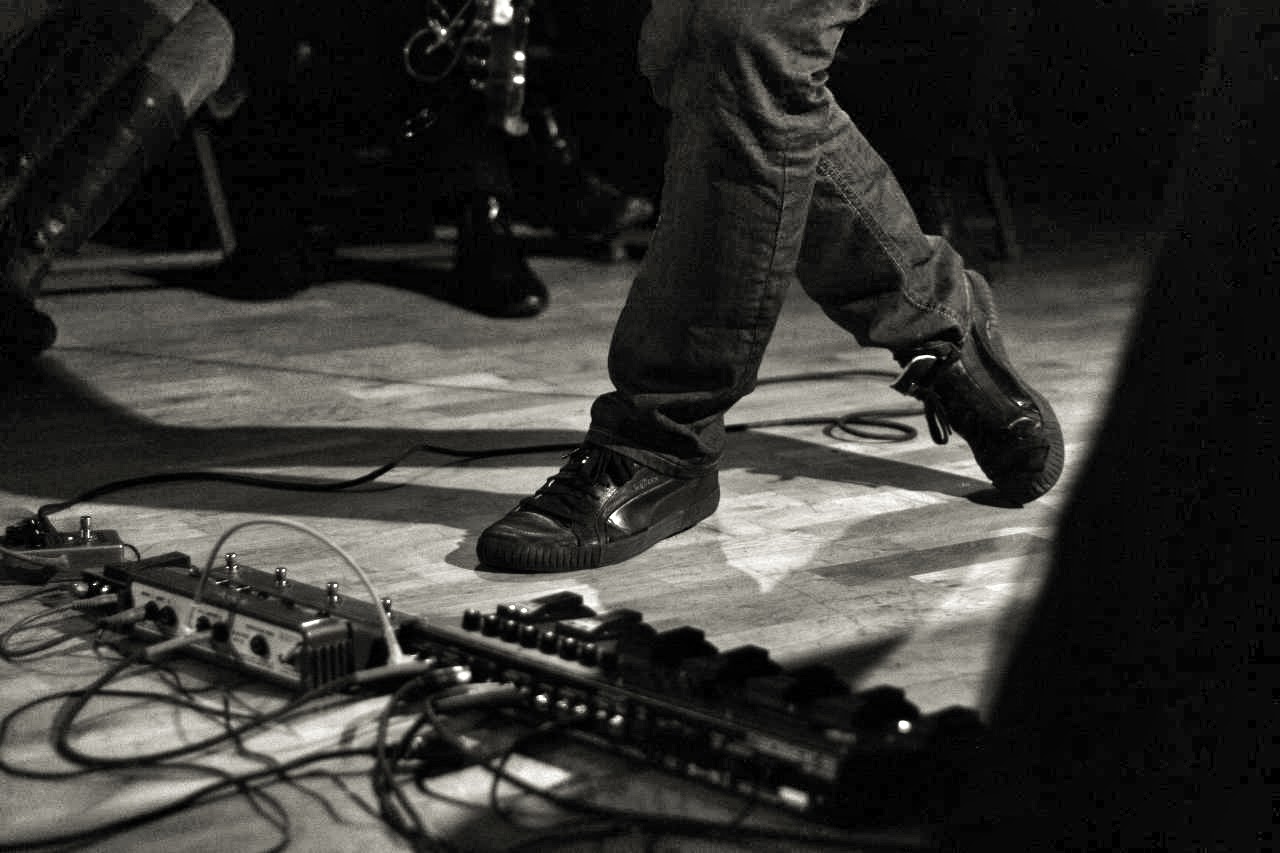 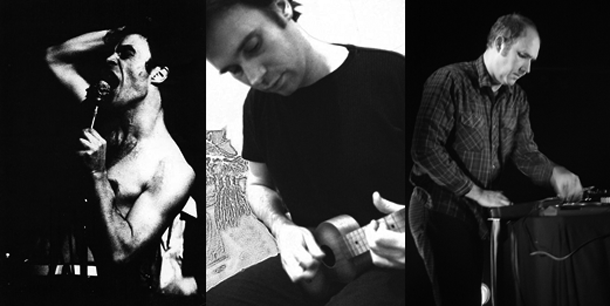 in november 2011, superdisque the first album of his trio with jac berrocal and ghédalia tazartès is released on the sub rosa label (as a CD and a LP). this album was recorded during live sessions at david fenech’s home studio on montreuil, france, and then mixed and edited by the trio. special guest zap pascal also appears on one track. david played regularly with jac berrocal since 2007, in many different projects (duet, trio with ghédalia tazartès, trio with jason willett, trio with vincent epplay, and also with jean noel cognard, thierry muller, etc). 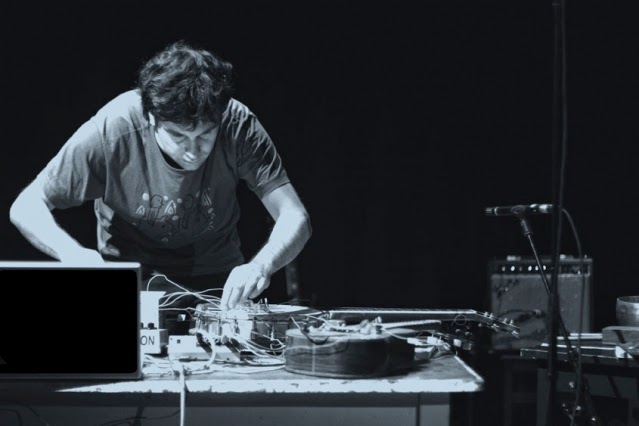 david fenech also recorded concrete music at la muse en circuit with laurent sellier, at the coream studio with claude hermitte. contributed to many compilations on tape, cd, vynile or mp3 format. he recently worked at the IRCAM instution in paris, was in residency in studios such as STEIM (holland) and INA/GRM. he now works on advanced software programming for L-Acoustics.  he also wrote the score for tant de chiens , a short movie by stephane ricard produced by arte tv and la poudriere, and then they worked together on an interactive installation called eloise, based on the idea of a musical tamagotchi. 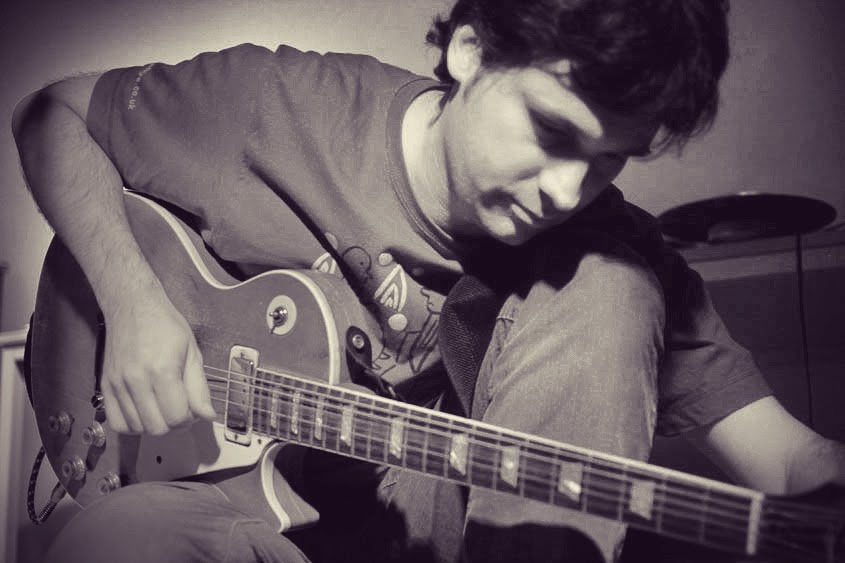 he has also run the demosaurus label (ghedalia tazartes, frank pahl , compilations with jad fair, yximaloo…) and has written articles and reviews in magazines such as revue et corrigee and chronicart. his now defunct audioblog “david f presents” was read by thousands of readers per day and has been elected among the 50 best blogs by Les Inrockuptibles in 2006. he’s now focused on music and wants you to chill and cry while listening to it !

What do you remember about your first approach to music?
I consider listening to records as already starting being a musician. So my experience with
music started very early when i was a young kid, listening to my parents records that covered
a wide range of sounds , from David Bowie to Pink Floyd, French "chanson", African music
(Toure Kunda, Francis Bebey) and Jazz.
I started to make my own music when i was given a portable mini cassette recorded.
sining, recording sounds. I didn't know that id later be a Luc Ferrari fan... I was trying to catch
bits of sounds and loved listening to them again and again. this was a good school.
I was offered a guitar for my 10th birthday, and started composing since then.
Which was the first and the last record you bought with your own money?
The first record i remember buying was "Lodger" by David Bowie. Good choice, indeed.
I bought 2 records the same day , recently. These records are :
How's your musical routine practice?
I try as much as possible to play music every day or organize sounds.
My favourite musical technique is recording "Séquences Jeu" , a term i learned from Pierre Schaeffer / Michel Chion. This consists in recording plays of an instrumento and ensemble for some time (possibly up to half an hour) and then editing the most interesting parts out of the session. This keeps the spontaneous aspect of it.
Like the first time you tell a joke, the first time you meet the woman of your life.
It's always special when it's the first time.

Which work of your own are you most surprised by?
I really like the track HEEELS on my first solo album (Grand Huit - recently reissued on Gagarin Record).
I'm always surprised of the vocals i did on this one. I was young and had a high pitched voice. I don't know if i could sing like this now that i'm 45.
What's the relevance of technique in music, in your opinion?
If you have something in your mind that you can't play or record... it's perhaps that you're missing
some technique at one point. But this said, having limits is also stimulating and a good fuel for
finding new techniques to overcome this problem.
For instance. If you need to record a melodic line that you can't play very fast : record it with the tape slowed down and then speed up the tape. It works perfectly.

Why do you need music? Can we live without music?
I need music because it makes my life beautiful. I can't even imagine this world without the records of Moondog, Stravinsky or John Coltrane!
I don't want to even think of my life without music, but i can tell you i can't live without my wife and kids. That's certain.

Tell me one impossible project do you like to realize?
I'd love to play a 48 hour long live event, with special guests such as Scott Walker, Robert Wyatt, Ornette Coleman and David Bowie.
If this is possible, please tell me and i'll answer something else to your question.

What are the challenges and benefits of today's digital music scene?
the challenge is the same : making good music, and signing your music with your own signature. not copying someone else's style.
the benefits ? let's wait and see.

Depict the sound you're still looking for, or the sound you'd like to hear.
i'm looking for a sound that is so much charged in emotion that this single sound would be almost enough for a composition.
Sometimes a single note catches you and is enough .
Example 1 Olivier Messiaen - Oraison.


this is an extract of his famous "Quatuor pour la fin du temps" adapted for this strange instrument called "Les Ondes Martenot'. Simple and moving
Example 2  When I went to Leland


recorded by Alan Lomax at the Parchman Prison. Simple and moving. I love when it reaches this level of apparent simplicity.

How do you feel listening to your own music?
I don't listen to it much. But i love my own music. If i didn't i would not even think of letting other people listen to it.
I throw away a lot of recordings and songs just to keep the best parts.

What special or extrange techniques do you use?
I play in the dark.
I randomly draw sequences in my sequencer just to test what comes out
I use natural reverberation from remote locations (caves for instance)
I sometimes record naked.
wow. you know everything now.

Which is the main pleasure of the strings? What are their main limitation?
Strings are like animals. You have to look at them in the eyes and play with them often and then they give you back a lot of amusement.
They are never low enough or high enough. But that's their personality. I love playing guitar. Electric guitar.

What’s your craziest project about?
Morphing sounds one into another. It takes an awful amount of time to achieve. It will be finished in 2075.
also : playing with whales ? 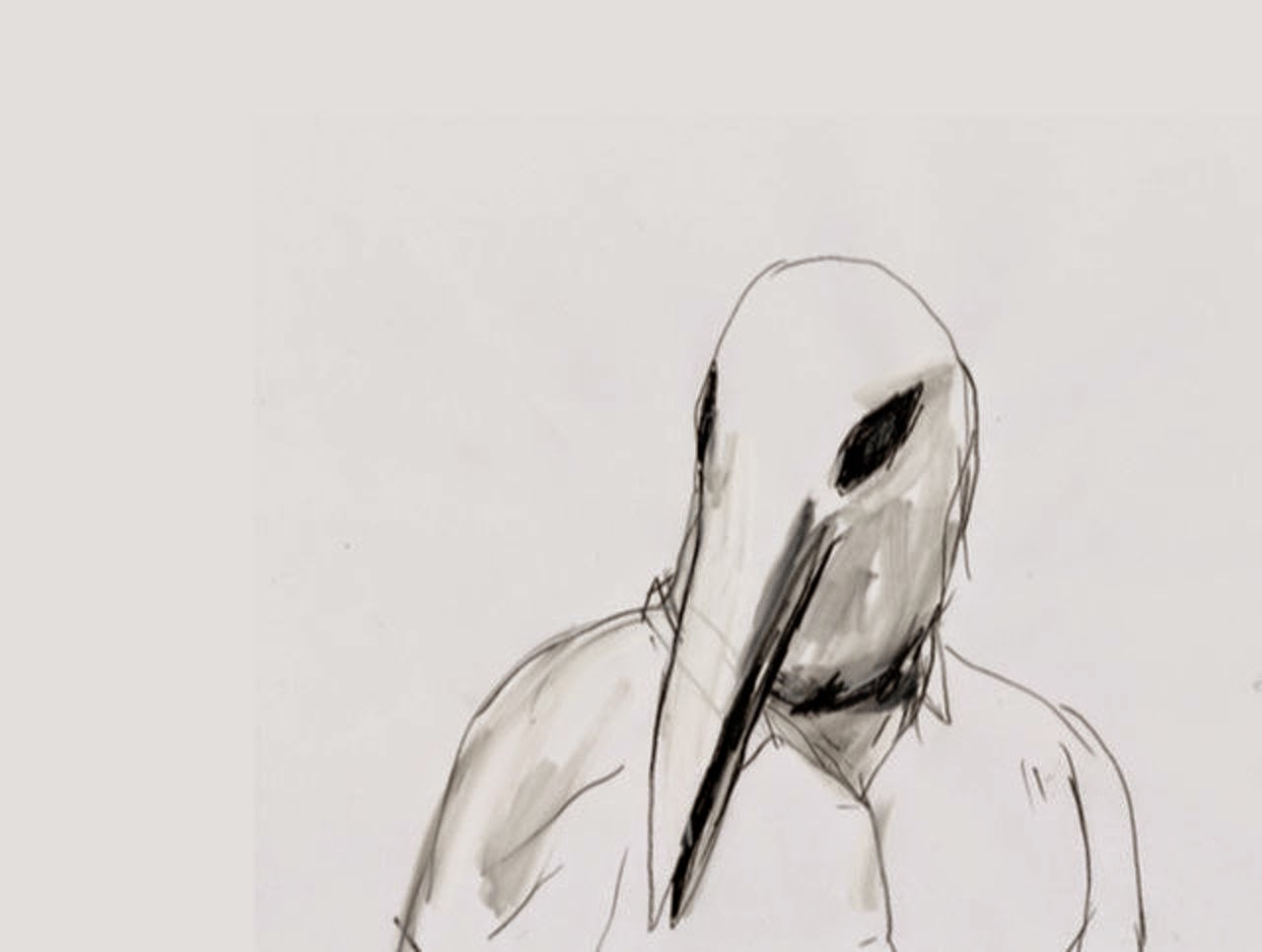 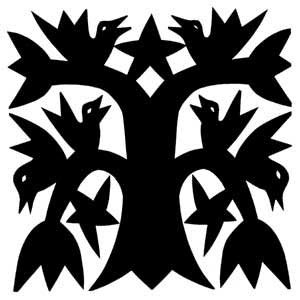 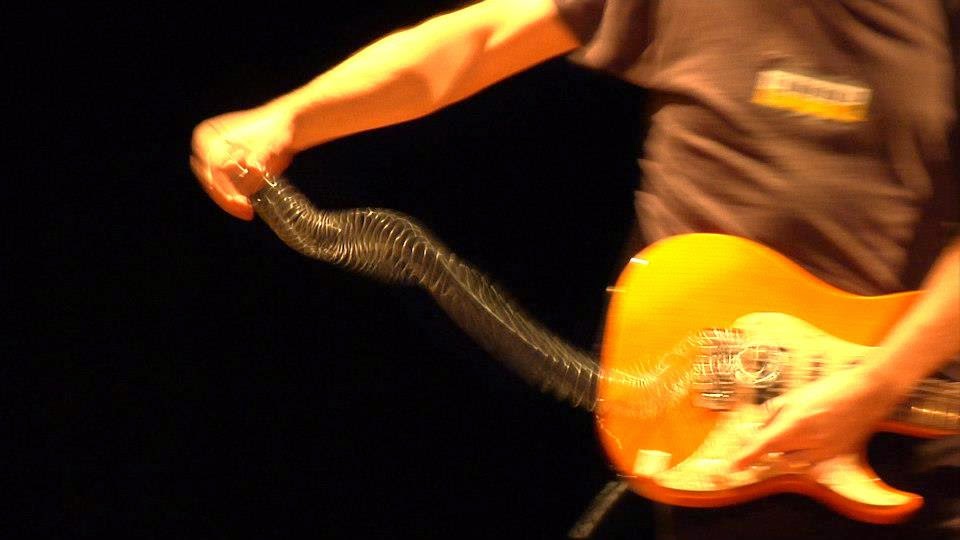