Aram Bajakian Music inspired by The Color of Pomegranates

Aram Bajakian is becoming known as one of the most exciting post Ribot/Frisell/Cline guitarists on the scene. After releasing his first record, Kef, to critical acclaim on Tzadik Records, Bajakian spent two years cutting his teeth with Lou Reed on the Velvet Underground frontman's final two tours, all while remaining active as a noise maker in NYC's exciting Downtown music community, performing the music of John Zorn on the albums Abraxas: Book of Angels Vol 19, with the powerhouse quartet Abraxas. Showing his musical dexterity, Aram also spent a year touring with jazz diva Diana Krall as her guitarist in the 2013 Glad Rag Doll tour.

Bajakian's 2014 release, There were flowers also in hell, was listed as one of the Top 10 albums of the year by The NYC Jazz Record.

Also in 2014, Bajakian and his wife, vocalist Julia Ulehla, released a new album of Moravian Folk Songs entitled Dálava. The album has been called "groundbreaking" by Vancouver’s Georgia Straight, “a masterpiece” by acousticmusic.com, and “a work of creativity and imagination par excellence” by Inner Magazine.

His lastest  work is inspired in the work of the Armenian film genius Sergei Paradjavov, through an intense lecture of his 1969 film The Colour of pomegranates, top 10 in the list of Cahiers du Cinema of any time movies, and an "hallucinatory epic account of the life of the 18th Century Armenian national poet Sayat Nova":

"I am the man whose life and soul are torture."

How did you find the work of Sergei Parajanov?

I found Parajanov last year. I was staying with Shanir Blumenkranz and his girlfriend (and awesome singer!) Yuka Yomata told me about this film. "It's Armenian. You'll love it"

How do you feel the relationship between Parajanov and your music?

I saw it and was immediately blown away. I'm Armenian but my relationship with Armenian culture is a bit distant. I don't really hang out in the Armenian scene. But there's so many things in the film that I could deeply relate to, that I don't think you would pick up on if you're not Armenian, like when they make the oil for the baptism. It's the same oil I was baptized with in the Armenian Orthodox Church and that I baptized my two daughters with.

How to think through images, interpret them through sounds, beyond the construction of a soundtrack? I'm always intrigued by the meaning of "music inspired" by...

Regarding the "Music Inspired By" title. I made a complete soundtrack and was totally engrossed in the film, but didn't think first about whether or not the copyright owners would allow me to release it as such. Well, they didn't. So the Music Inspired By is a nice alternate title. And if you don't know the film, it sounds beautiful. I think that a person could be inspired by The color of pomegranates. The seeds are so beautiful to look at!


In which way is different for you playing solo, but, in your recordings, I think your not alone, but you're accompanying yourself... What kind of accompaniment are you looking for?

Regarding the guitar playing, there's a lot of the tracks that people think are overdubbed, but they're not. Like the second track, Dust of the Earth, is just one track and one take. That's it. But everyone thinks I'm overdubbing and looping and such. There are some things that I did, like in "nothing but suffering" I doubled the melody, just to add some depth. But the basic 3 2 2 3 rhythm with the thumb and melody are all done live. And I play all the tracks live - The shows at the Stone in May were really fun! 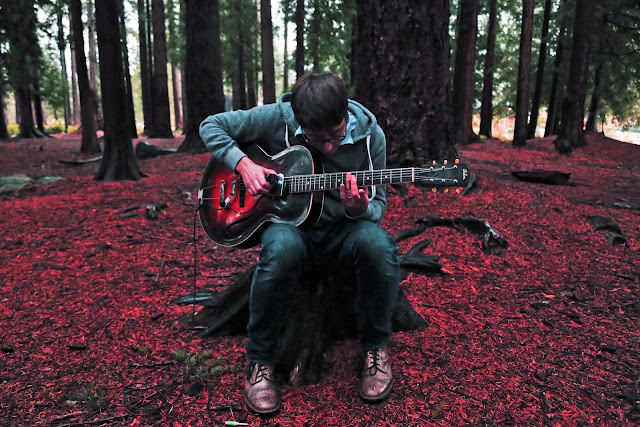 A classical nonsense question... what do you see in your brain when you play or listen or interpretates a sound? How does work the provocation of sound in your eye?

With this movie the sounds just came to me. I had been working with different prepared guitar sounds for a couple of years. Just an acoustic guitar - and looking at it like a guitar pedal. But I didn't want to release just a solo guitar record, as I like to have some sort of overarching concept. But I couldn't think of anything. And then I saw this film, and immediately it all came together. The pieces seemed to flow out.

I actually don't see anything when I play. I know this is boring, and not a fancy answer, but it's the truth. I'm usually just very much in the moment and going for it!


Which it is the most attractive prospect for you from this particular film, "The color of pomegranates"...

I just love the images of the film. Each image is like looking at a Vermeer. I've seen it probably 100 times now and it never gets boring. 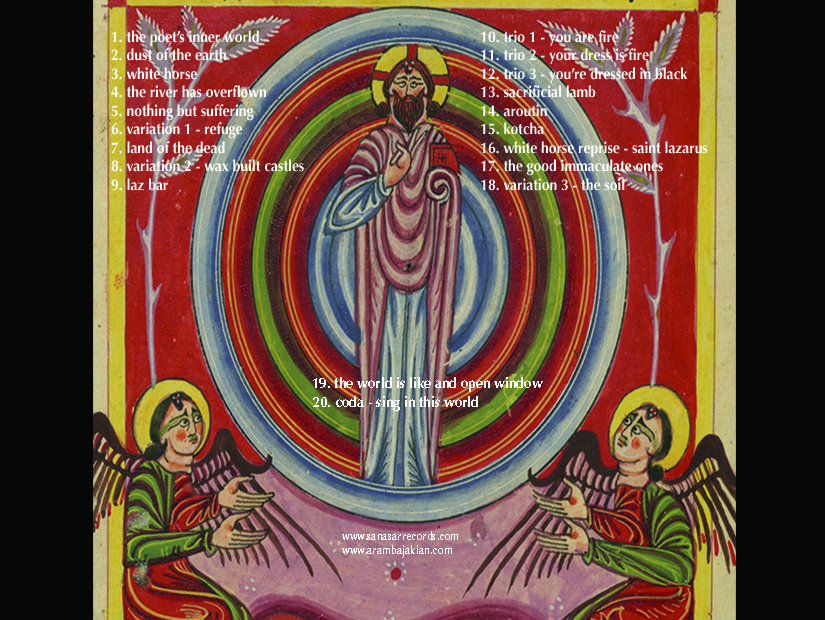