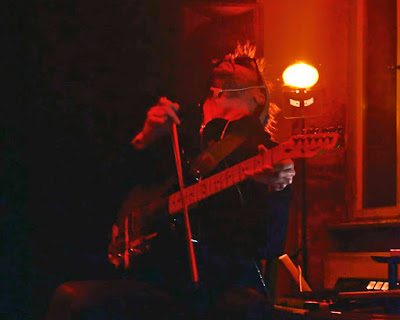 Çağrı Erdem is a guitarist, improviser, sound(art)ist and instructor born and raised and based in Istanbul. 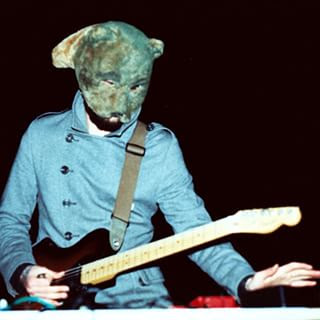 :computer musician and D.I.Y enthousiast currently working on the sound application of bio-sensors 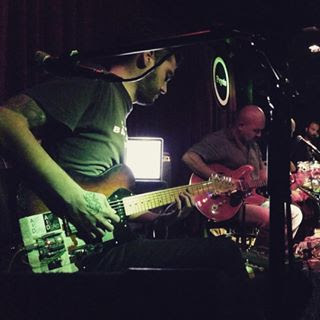 : teaches kids in the conservatory of same university, about how to (not) play guitar properly.
:has been performing around turkey, europe and u.s., in a variety of genres

— There are two first: Metallica - Jump in The Fire (single) & Guns n Roses - Spaghetti Incident; and the last one I bought is soon gonna be Sevket Akinci’s Escher Chronicles.

— Surviving, which means staying away from self-destruction and, basically, satisfaction. In addition to that, I think that the most harmless way of the ego, is performing.

— To me, it is self-discipline which is supposed to be everyone’s order. when self-honesty meets self-discipline, I believe, each individual’s creative potential comes out of the closet. moreover, the order that is imposed from external authorities would be demolished then.

— The quality I mentioned in the previous question would answer this one as well. in addition to that, the courage for extreme experimenting is very impressive to me.

— If we can basically summarise today’s culture by “technology” then it’s both saver and murderer of us in same time, which is almost like religion actually. I mean that governments and the knowledge of authoritarianism perfectly manage to re-constitute technological -and religious- materials in order to impact, thus to rule the planet. Coming to the question; technology today, provides almost endless ways of creating music, which, of course, means other endless ways of consumption as well. 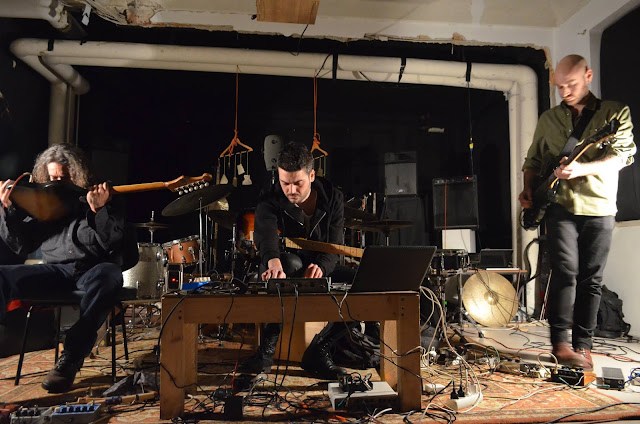 Social media and online streaming provide almost unlimited musical selections, which actually is then get limited by people’s social networks and experimenting habits at their own. Today is, basically, about reaching / obtaining things faster, which also can be translated as “less effort”. So if today can reduce the pain in reaching a point, then you can either surrender to the comfort of that particular point or look way more beyond. Humanity has a very fragile connection to the binary world today yet; we will see…

— More ability means more material, which is good I think. Yet the problem about “technique” issue is more about its relevance in music education -and thus business; what’s problematic is imposing it as a must-be and then making it the main criterion of the musicianship. So basically to me, musician means the one who makes music, and a musician with high-level tech, means a musician with high-level tech.

— Dead is dead, so I’d like to do something with Keiji Haino while he can still hear.

— Very first two things I remember are those Mick Goodrick told me during guitar lessons at the school: “When you make a mistake, mean it! Whether if it takes to repeat that mistake again.” and “Muse doesn't really come at anytime; creativity widens by practicing.” 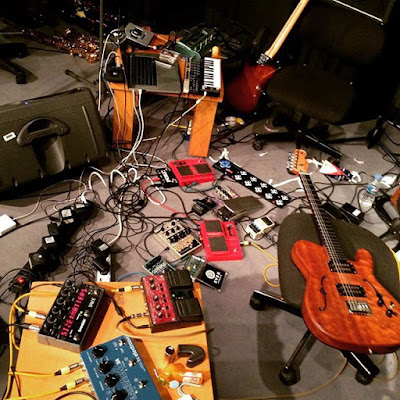 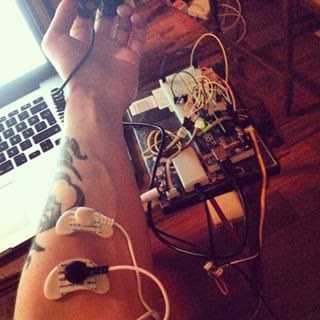 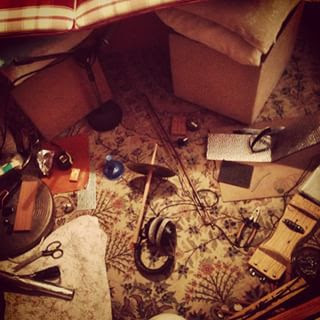 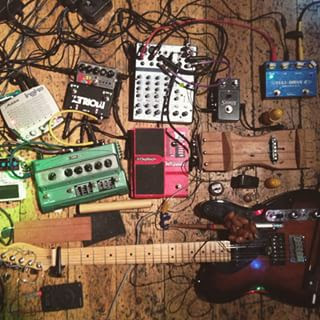 — Besides guitar, some hand-made instruments and of course some hardware store toys I use computer very frequently, especially in free-improvisatory situations. I’ve been working on bodily gestures and so wearable sensor-based equipments, which actually is being my master’s thesis too. Besides some “augmented” accessories-objects like spectacles, glove and wig, I also use sensors on my guitar; what I basically do is to collect all that data thru Arduino boards and then program them on the computer via Max/msp.

— PERCUSSIVE!, EarAfter? and Goblin Shark are my three main & regular band-projects for few years. I’ve been making solo improvised sets by the name of Çagri Erdem’s Embodiment, which I want to do more in the future. Besides these “performing” projects, I work on my thesis as I just mentioned above, which is actually the beginning of a long-term academic research.

What is your relationship with other disciplines such as painting, literature, dance, theatre?..

— I’m coming from more of a writer family than musician actually; my grandfather and aunt are both published poets and academic personalities in different fields. So I’ve been into writing since years before I started to do music. Besides the poems and short stories of mine, published in several magazines, my first poetry book was published in 2011. Other than literature, I’ve been doing several performances with dancers, painters and actors. I totally believe that we are in an era where disciplines are getting through each other more and more, and I’m not only talking about arts; several scientific fields are getting strongly connected to arts. I’m currently working on bio-sensors in a musical way i.e., which requires a great collaboration with scientists.

— That’s about how you define crazy but, yeah, for the last few times I’ve been dreaming about a proper classical orchestra without proper instruments yet sensor-based wearable systems on performers in order to perform some kind of proper music. Let’s say a reed player using some respiration sensor along with gloves equipped with flex sensors and accelerometers. Well, I never really worked on this project yet is pretty crazy even imagining a whole orchestra playing some prestissimo section of a piece, thru their bodily gestures.

— Well, musically, I’m coming from being a metalhead, moreover, a black metal-head. That kind of music contains non-musical elements more than the music itself actually. The attitude, the pain yet satisfaction of being an outsider, the rage, questioning, researching etc…

Those are all things, somehow, metal music provided me on the first hand. Than politics, several marxist and anarchist writers and thinkers (M. Foucault, M. Stirner i.e. and/or Deleuze & Guattari) have huge influence on the way I think about music. Also political groups I’ve been into, where the communication I was exposed to, had also great effect on me as a person thus as a musician. 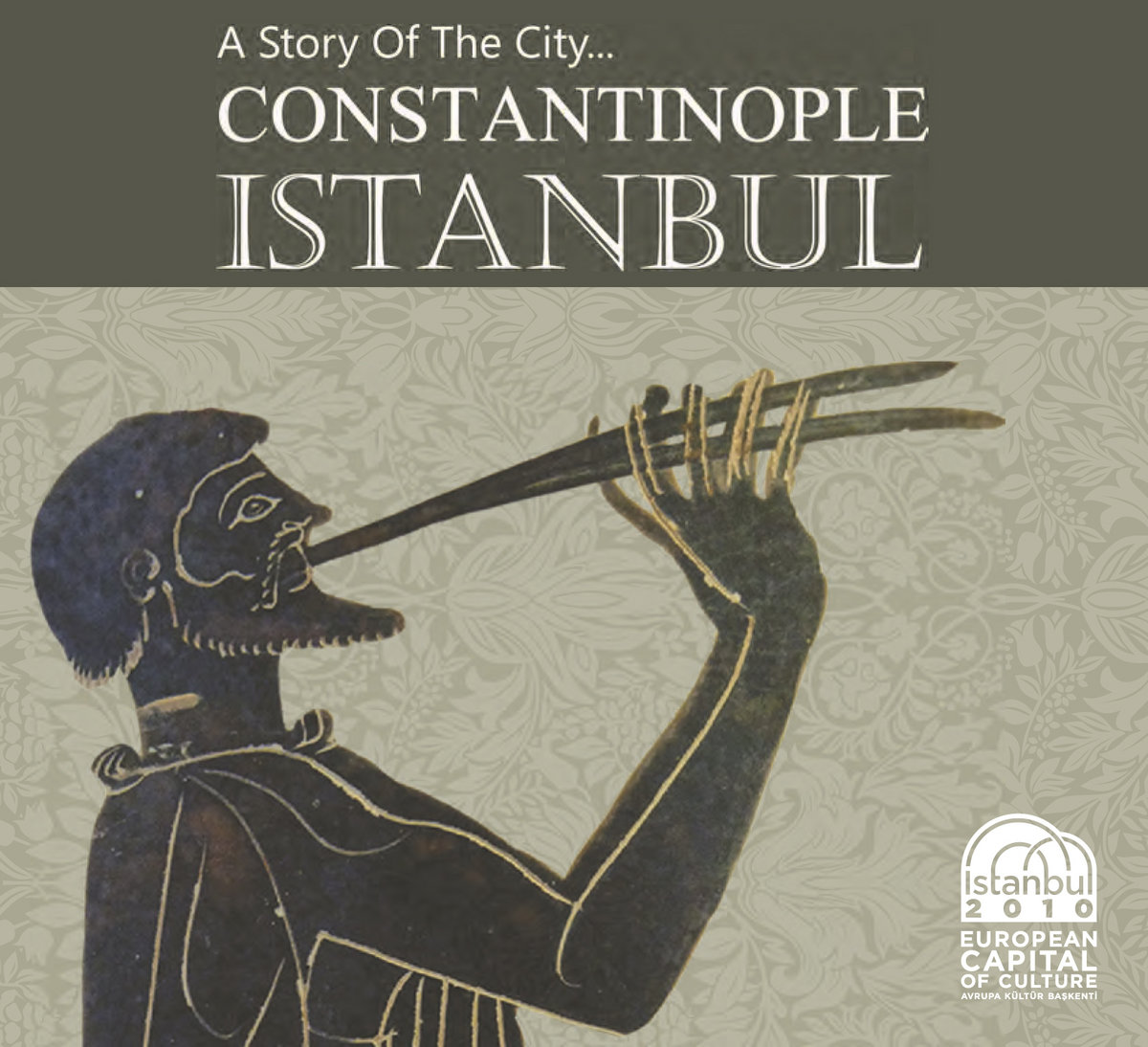 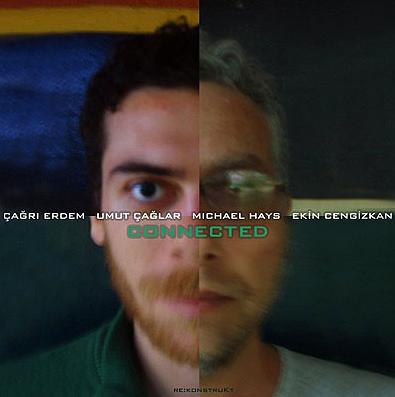 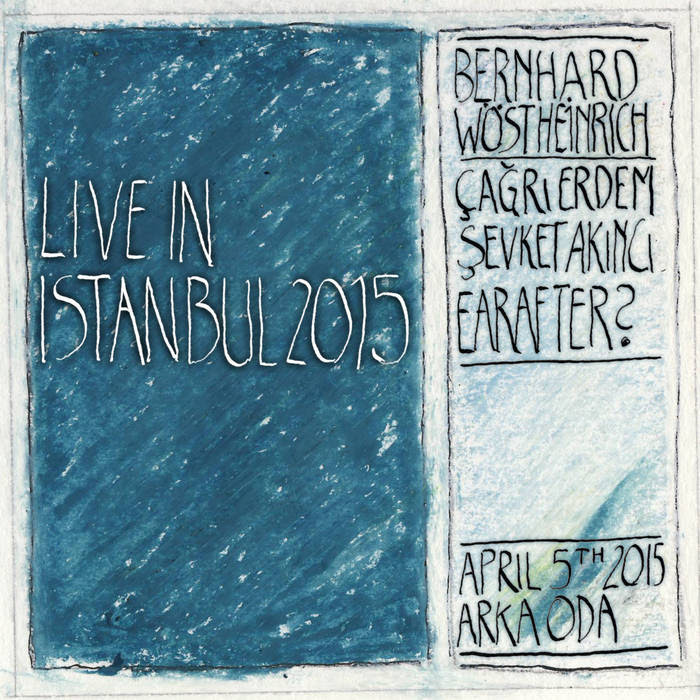 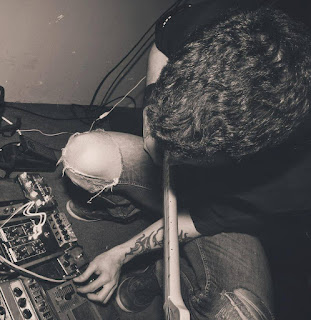 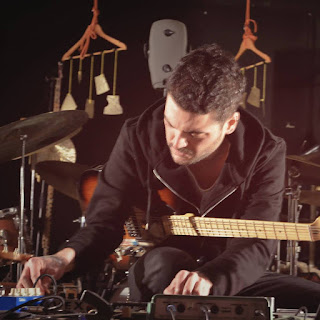