A collection of instruments and objects played by clock motors. Oak apples, attached to the second hand of the clock, hit the strings at two second intervals, they strike and fall back. Each instrument has several clock motors which are positioned to select the desired notes, this selection then repeats to create an endless rhythm. The structure of  intervals between the notes is essentially random, the moment when each battery is connected determines its position in the two second sequence, this structure provides the temporal framework for the recurring motif. Over a period of time subtle changes occur in the sound of the rhythm, as variations of temperature and humidity affect the tension of strings.

I am currently developing a collection of self playing musical instruments, powered by clock motors, oak apples hit the strings with a two second beat creating an endless rhythm.
Using torch light and oak apples I have designed a number of lighting systems that use the same principle to create animation on a translucent surface, Bakelite , sand, etc.
I make cellular shadow screens, hundreds of paper pixels divide projected light into various patterns, larger screens are used for a shadow shows using colour and video projection, performers create animated imagery as they interact with the light.
Smaller versions are used to transform TV light into an endless stream of abstract form and colour. I have developed a new system of light dispersal, using various translucent materials: rice paper, sand, and plastic.
Large screens which incorporate hundreds of paper pixels are used for shadow plays, and video projection.
smaller ones are used to transform tv light into abstract imagery. 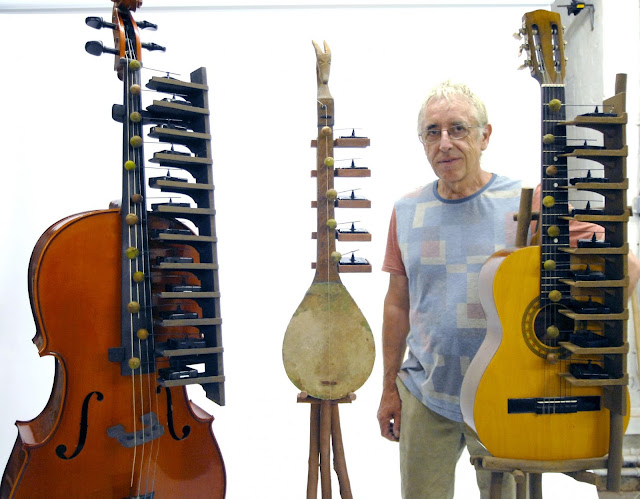 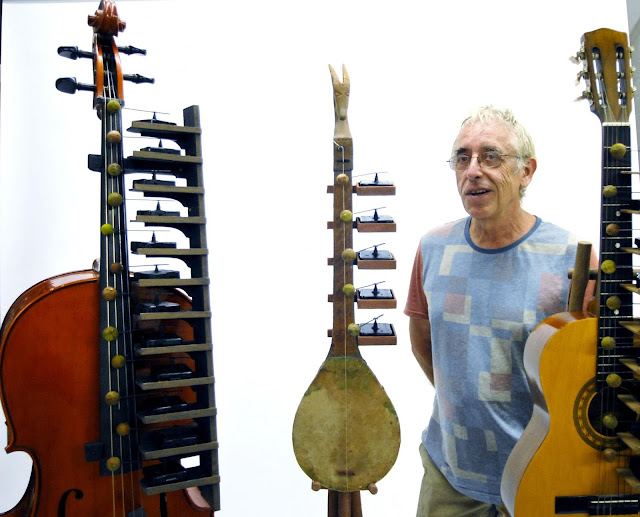