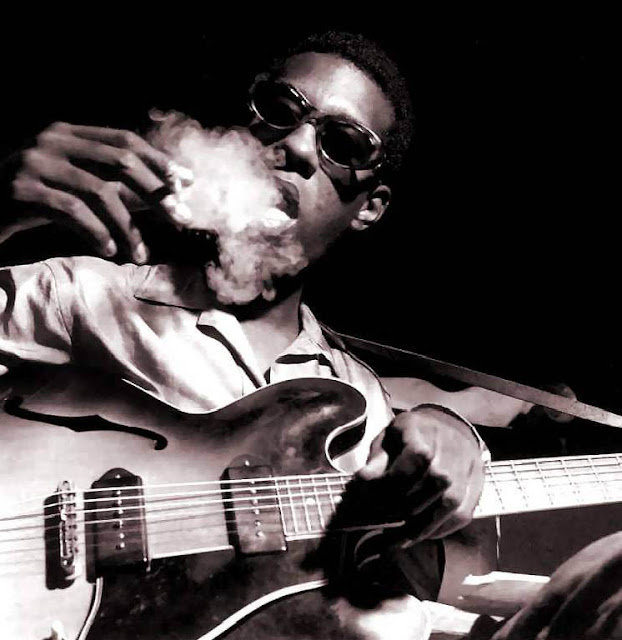 Blue Note Records has had their share of guitarists: Kenny Burrell, Thornel Schwartz, George Benson, yet when album sessions had to be counted, Grant Green was nonpareil in having recorded almost 3 times as many as all put together...100 albums recorded from 1961 to 1972. Hands down or hands on---he was Blue Note’s House Guitarist...from 1961 his first session with Lou Donaldson who discovered him in St. Louis, to his last Lighthouse session in 1972, Grant Green had recorded 100 sessions for Blue Note: sessions with Lou Donaldson, Duke Pearson, Big John Patton, Bobby Hutcherson, Herbie Hancock, Lee Morgan, Yusef Lateef, Donald Byrd, Hank Mobley, Stanley Turrentine, Harold Vick, Art Blakey. And these are just to name a few. In 1972, Grant had a weeklong gig at the Lighthouse in Hermosa Beach. George Butler was Blue Note’s new executive producer. I went 3 times and we talked about a live session that was pending that week by Butler. I enjoyed 3 nights of rehearsals with Grant and his group that included Wilton Felder on Fender, Claude Bartee on tenor, Shelton Laster on organ, Gary Coleman on vibes, Bobbye Hall on congas and Greg Williams on drums.

I was offered the opportunity to MC a part of this 2 disc album the night of the session. I had a ball--- the session was astoundingly a magnificent live recording July 17, 1972---Grant’s last Lighthouse recording (His previous was Grant Green Alive at the Lighthouse in 1970). 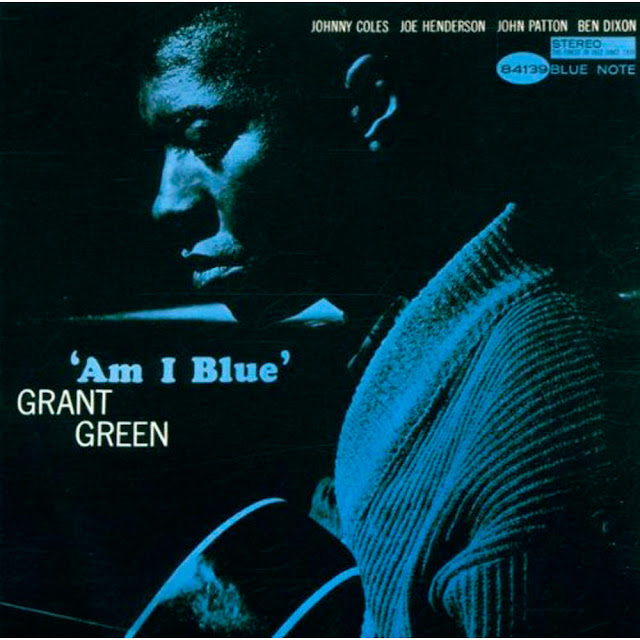 Opening night, Grant and I reflected on his Blue Note career from the start after Lou Donaldson heard him in East St. louis in 1960, brought him to Alfred Lion of Blue Note who signed him to his first recording Here Tis with Lou Donaldson, and as leader on Grant’s First Stand.


ED: How do you stream the music through your fingers?
Grant: I strive to get that natural feeling. That’s what I strive for to get that natural feeling and to be able to play anything. Always play the best I can.
His Pop interpretations include Beatles “A Day in A Life,” Jackson Five’s “I Want You Back” to the traditional “Go Down Moses/Joshua Fit the Battle of Jericho”..Dionne Warwick’s “Never Walk This Way” to James Brown’s “Make It Funky.” 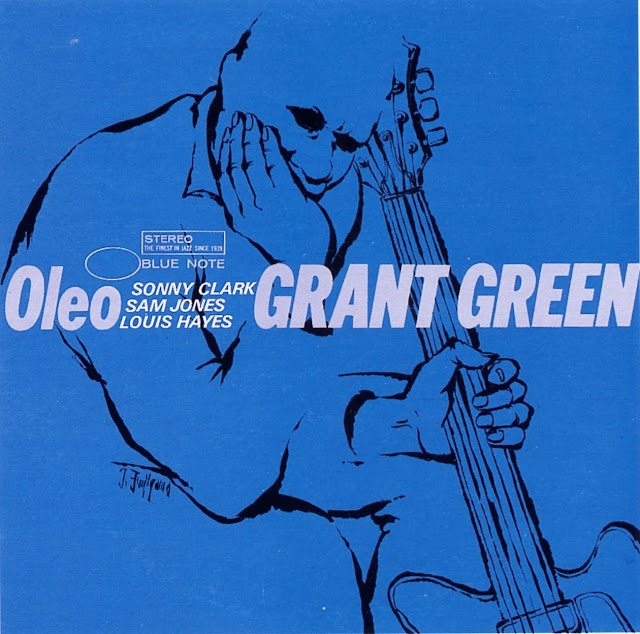 I noticed you took a J5 (Jackson Five) tune and turned it inside out. Too bad the 5 wasn’t here.

Grant: See I dig that ED--that’s a challenge for me brother. 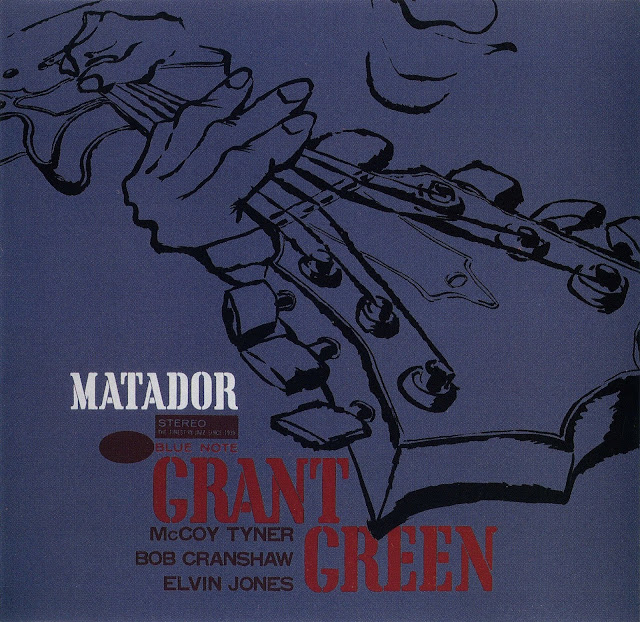 It's no challenge it’s just all there for you to do...

Grant: I've played everything and to take tunes like that..it’s just beautiful man, I just get a charge out of that..I think that we are possibly going to do a live recording here at the Lighthouse. The last week on Friday and Saturday.. 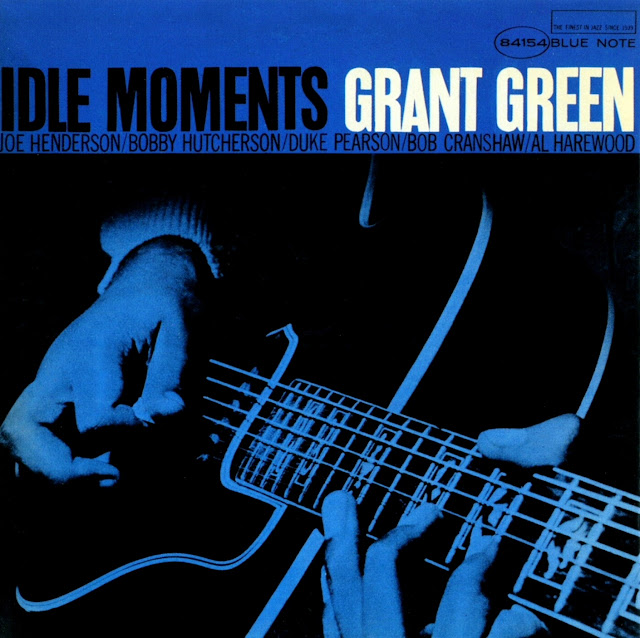 Got to have the folks out here for that.

Grant: Yeah we got to have a lot of folks out here for that. We was just talking about it with Producer George Butler.

How long have you been playing? 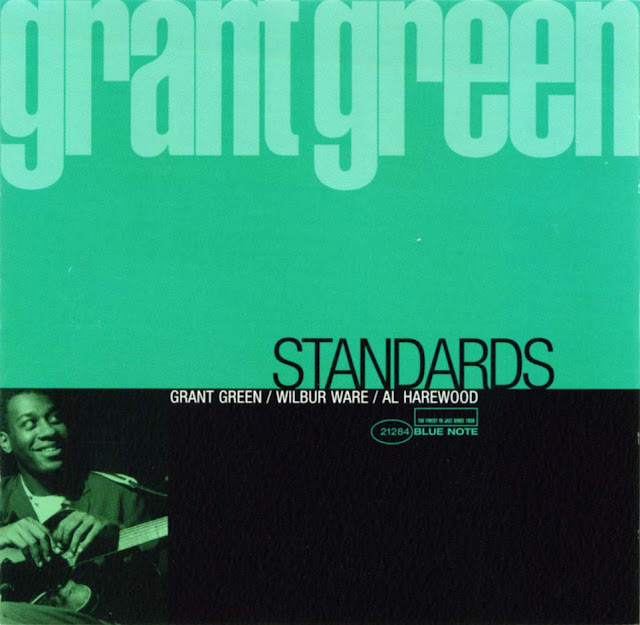 Grant: Right I’m in my 22nd year man and it’s getting better and better. (He just finished a film score for the movie Iron City.) 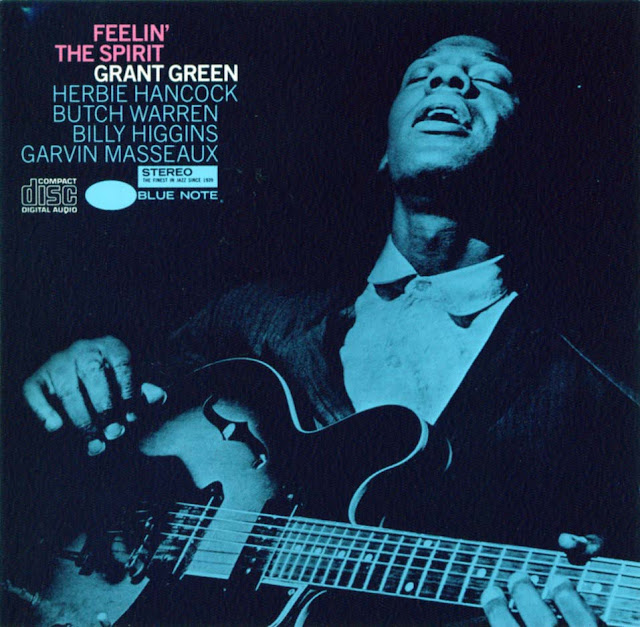 How would you describe the music that you are playing now? ‘cause right after your second set, I said some of it was reminiscent of your blues self with Horace Parlan, Al Harewood, Yusef, Ben Dixon...Blues in Maude’s Flat..

Grant: Hey man--you gone way back on me man.. 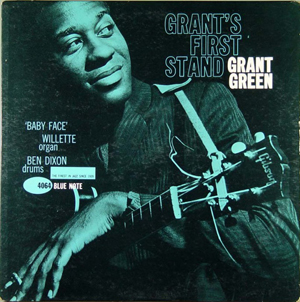 Yeah that's part of you too..

Grant: Yeah man that’s the roots. That was Yusef Lateef, Al Harewood, Horace Parlan and that was a beautiful date man. Jack McDuff and myself. We really got into a thing---and Horace Parlan. That's right. And I’m planning to do the date here live. We gonna try to get a winner. 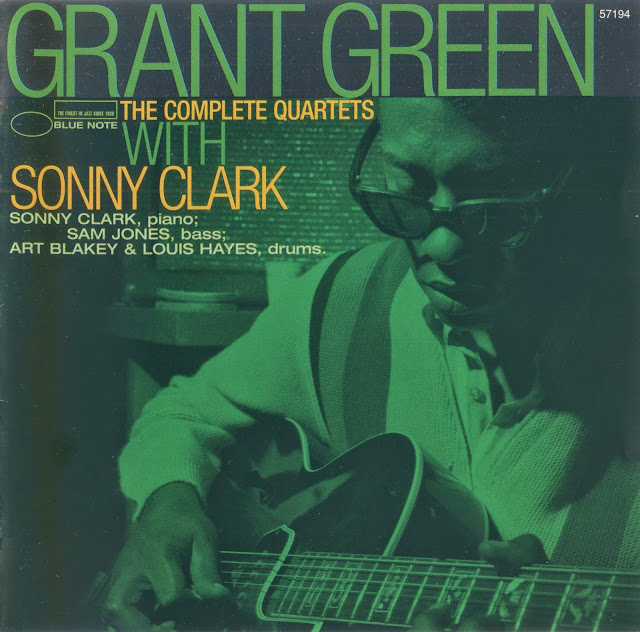 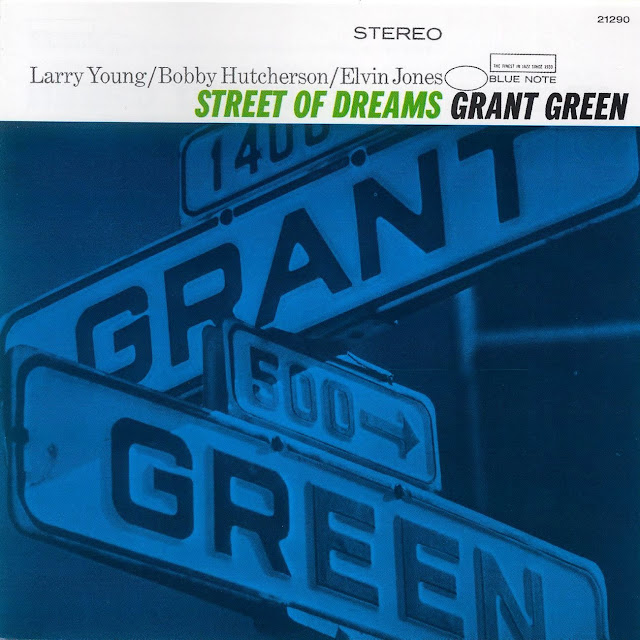 Grant: George has taken a lot of jazz artists and made them appeal to the majority of people. We were appealing to a minority of people and now he’s kinda got us a vast well rounded audience where he takes artists like myself and groom us into playing the numbers like the latest album--Visions. We were very successsful with Visions---and this one looks good. The Shades of Green with the Wade Marcus big band. And these are the kind of things I think are the ways to get everyone--- even the kids who like the Jackson 5. They like that. And an album should be well rounded. I try and strive to get that natural feeling and play anything. 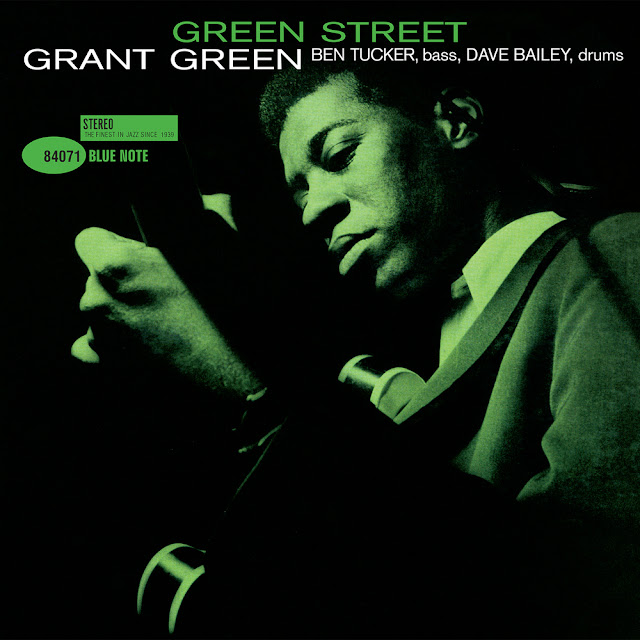 Grant: I got some young kids in Detroit who simply just nut up. 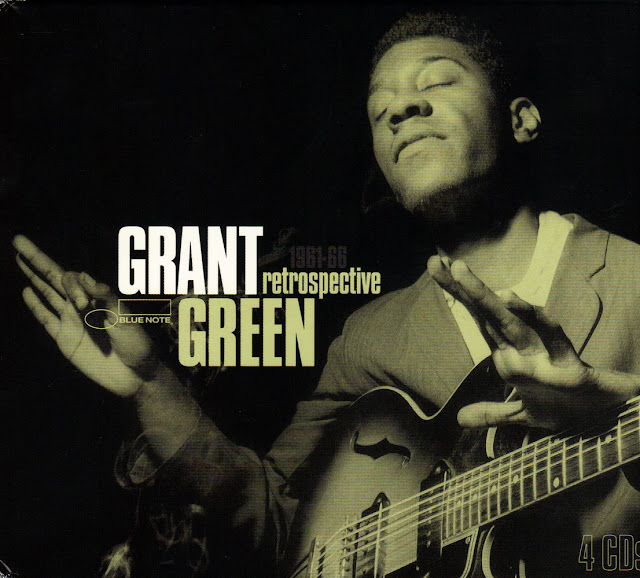 Are there some types of new idioms inside your head that you want to play? Is there a certain definite type of music you haven’t played yet?

Grant: Yes. Oh yes. I got some more stuff in my head that I’m laying dead to play. And you know quite naturally, you do everything in degrees---in small degrees and you’ll get around to it thru the years. I got a whole lot of music up there man. I got a lot of good experience. I’ve played with everybody. 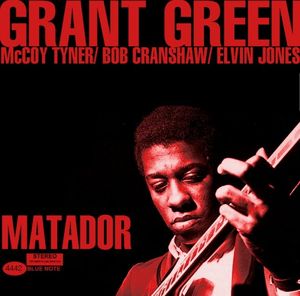 You are a veteran, brother.

Grant: Definitely. I’m a pro---I’ve played with everybody and got good experience and you can’t beat that.
Ed, How long you been in the business? 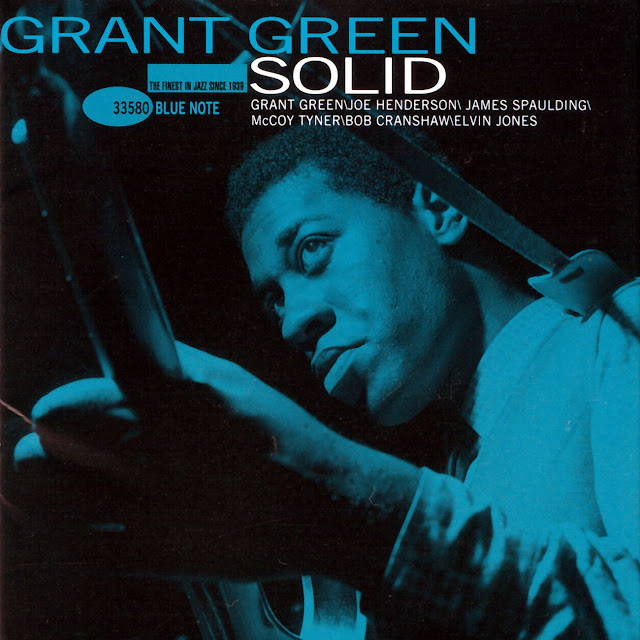 Well I’ve been a music lover since I was living in Cleveland---since 1950 and on the air for 8 yrs.

Grant: I want to see how much time you got in on me man.
EDH: You see there aren’t many out there communicating and trying to get to musicians like yourself who've been out there. My thing is, I appreciate music and I take my tape with me and I get out there, I grab the person like a Grant Green. I missed you last time, so I said I’m gonna catch you this time opening night here at the Lighthouse. And I did. So you can get more exposure so that those who aren't exposed to Grant Green will definitely get exposed to Grant Green.
Grant: I want all the people to come out and to buy the record Shades of Green. 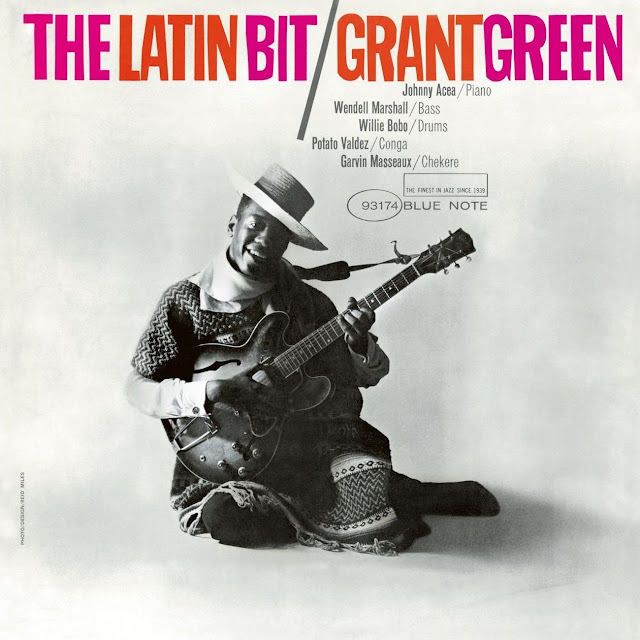 Got anything to do with the green shades you wear?

Grant: That’s me. It’s all green and I put my soul in it. I got some green soul in there.

You seem to function funkily well with organ, bass, drums, yourself and a tenor man. Do you like this makeup?

Grant: I like it. It’s good for me. I got Claude Bartee on tenor, Shelton Laster organ, Greg Williams on drums, Wilton Felder bass, Bobby Hall congas, Gary Coleman on vibes and we are also at the Lighthouse in Hermosa Beach.

In 1979, after playing his last gig at the Lighthouse, Grant was driving back to New York pulling a trailer with a Hammond B 3 and had a heart attack. It was January 31, 1979. He’d just spent 10 weeks in the hospital after a stroke. The doctors found a blockage and told Grant without an operation he wouldn’t last a month. So he told his manager to give him his clothes. He left and went out to California for his last Lighthouse gig. 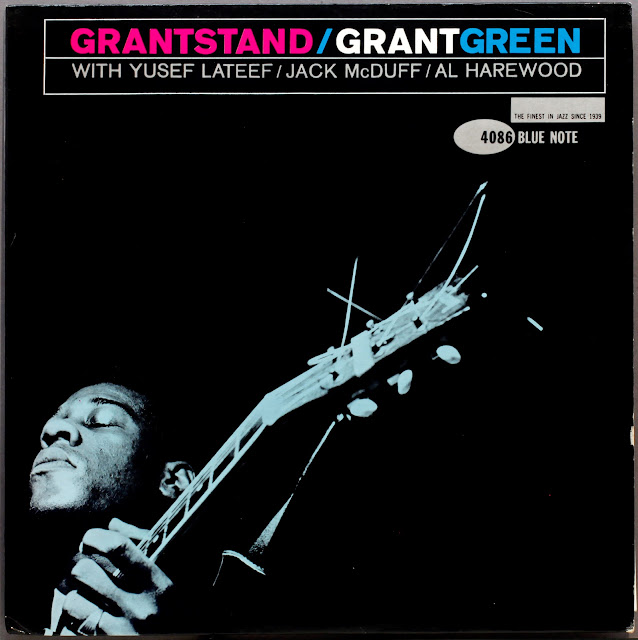 While he was doing the Lighthouse gig, George Benson told him: “You’re a better guitar player than me, it’s not right, Grant. But they have made me greater than you. I can’t go around saying I’m the number 1 jazz guitar player and I know you are No. 1.” 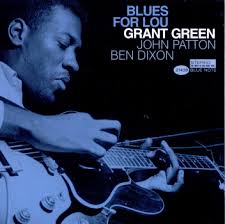 At the 2009 Montreal Jazz Festival, George and I reminisced about Grant and his guitar that George was rumored to have found.

I asked George, ‘You still got Grant Green's guitar? Because I interviewed Grant on his last recording Live at the Lighthouse (Blue Note, 1972). And I heard you got it.’

George replied, “Is that right, man? Yeah, I was there for that gig at the Lighthouse. Grant drove all the way out and picked me up. Yes I do. I have the one that was made for him by D'Aquisto, the foremost acoustic- electric guitar maker. Not too long ago, he passed away. I became good friends with him before he died. And I came across Grant's guitar in a store and I had to have it, man.” 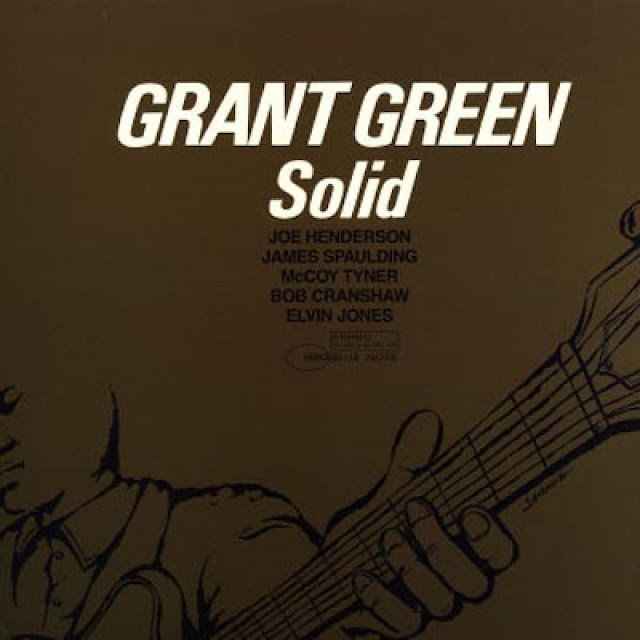 You can also add some Green Soul to your ears with Grant Green Alive, Grant Green Live At the Lighthouse, Feelin’ the Spirit, The Way I Feel, Natural Soul, Idle Moments, Rough and Tumble, Live At Club Mozambique, Up At Mintons (Grant’s first recording w/Stanley Turrentine and Horace Parlan), Search for the New Land (w/Lee Morgan).
As I wrote in the liners Blues For Lou---Grant Green was indeed Blue Note’s House Guitarist---and everybody at Blue Note came to the House of Grant Green to record ‘cause he truly played his heart out with a lot of Green Soul and everybody wanted to feel that spirit of Green--- 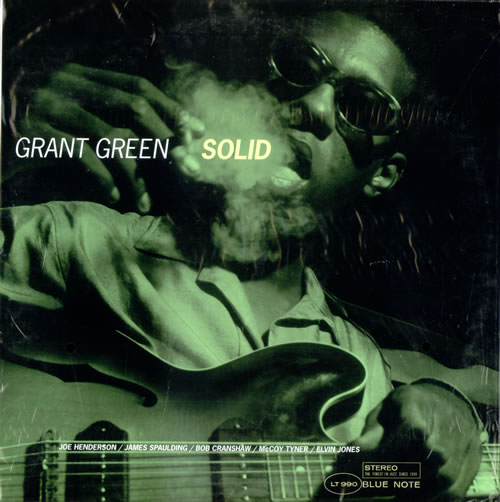