Sound Mechanic Neil Feather has been creating radical and unusual musical instruments since 1970 and is increasingly known as one of the most original musical thinkers of his day. His instruments each embody uniquely clever acoustic and engineering principles, and are visually arresting. The music he plays on the instruments is equally original, embodying new principles and resulting in a nearly alien idiom of music. 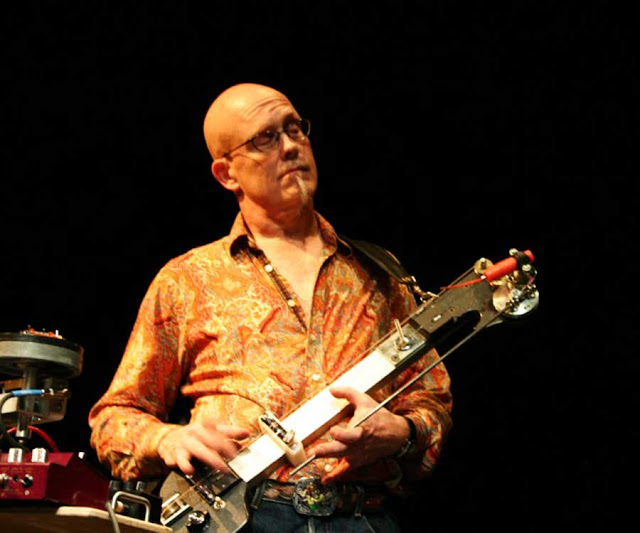 Neil Feather has been involved in Baltimore’s fertile and eccentric culture since moving there in 1985. He was a founding member of the Red Room Collective and the High Zero Foundation, a group committed to the presentation of experimental and improvised music. He has a long history of collaborative projects and solo concerts. 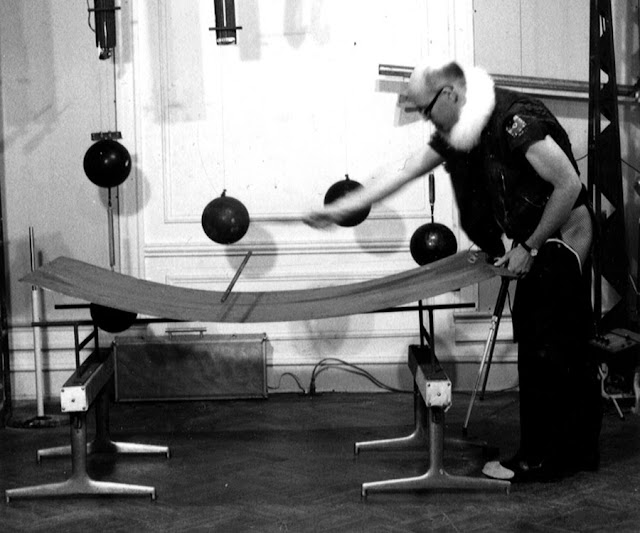 Some of his major music projects are The Official Project, Thus, Aerotrain, Elephantitans and Mugwump. These groups all centered on Feather’s instruments and compositions. 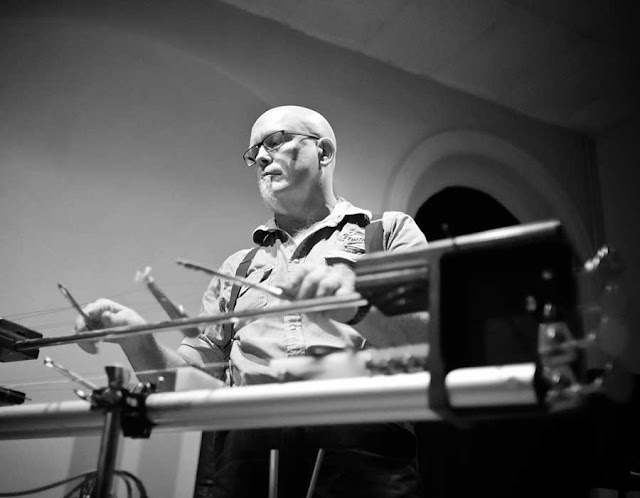 Feather’s work has always been fully rooted in art and music together in concept, execution and performance. His deep involvement with Baltimore’s experimental music community compliments his wide international acclaim. He won the 2014 Sondheim Art Prize and the 2014 Trawick Art Prize. He was included in a major exhibition “Art or Sound” in the 2014 Venice Biennale. 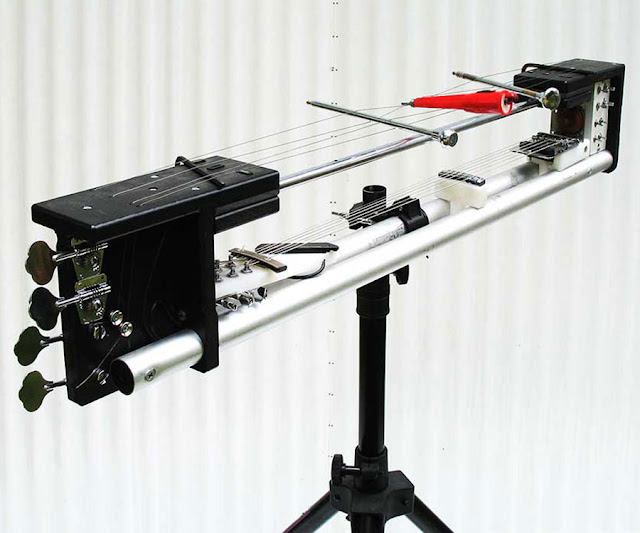 Strung apparatus. Inspired by extended guitar techniques, the wiggler uses the mass of rods and the tensions of strings to create complex sonic phase relationships. 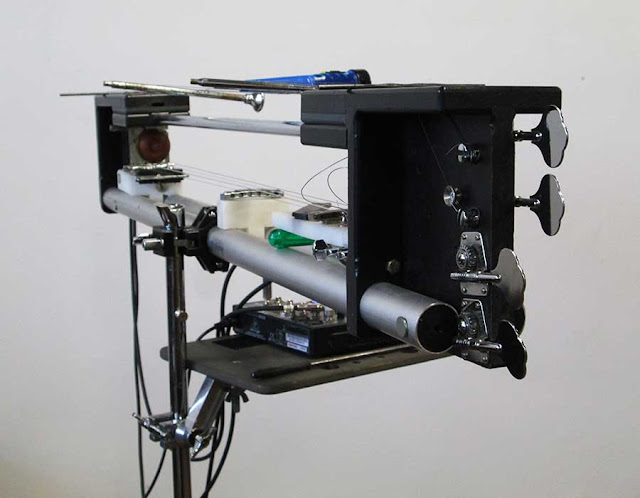 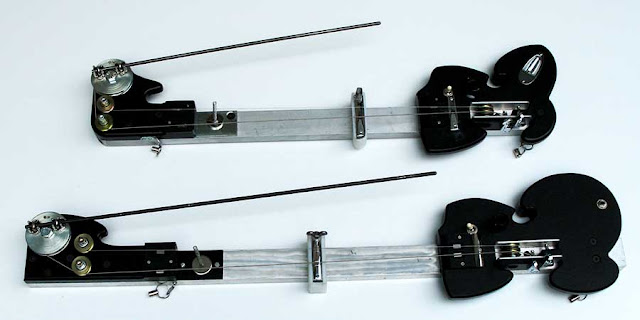 The former guitars have two strings which share tension through a "head" that pivots under the control of a long whammy arm. This configuration causes one string to tighten as the other is loosened, creating a tonal center. 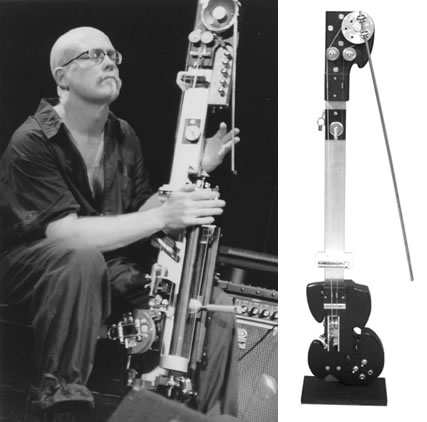 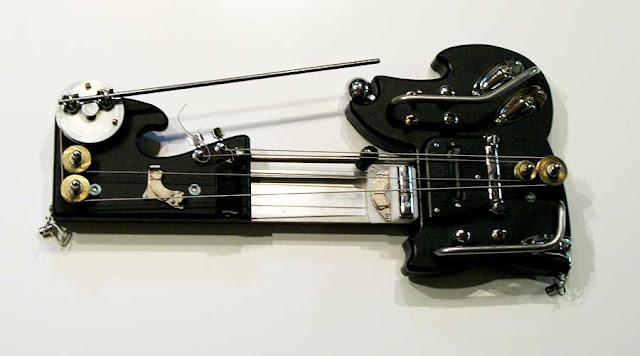 The Former Guitars also have a movable bridge that acts as a big fret for "hammer-on" and other techniques more specific to the instrument. 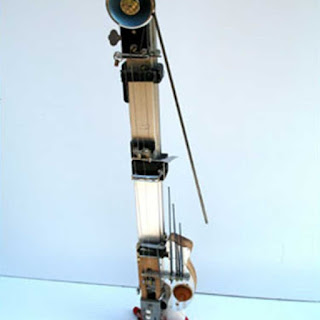 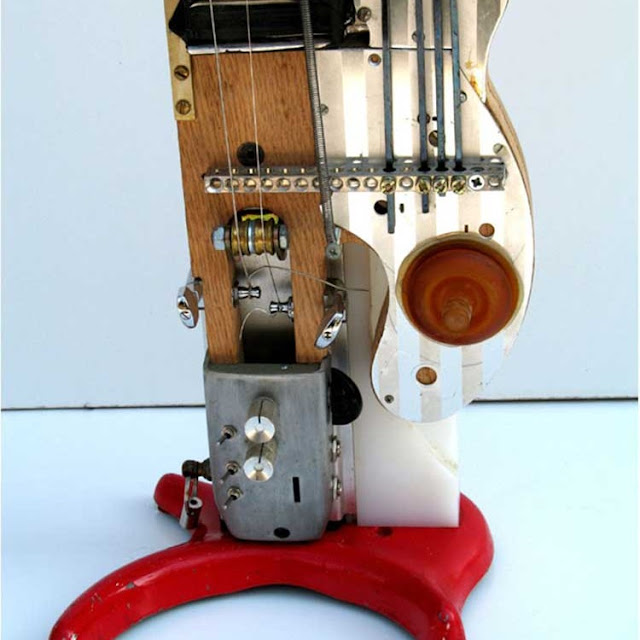 Pickups are mounted under both ends of the string, allowing for multiple independant string segments. The range of the string tension is two to three octaves. The movable bridge futher divides the string into intervals.

The first former guitar was made from a guitar and became something that is not a guitar, hence the name. They are no longer made out of guitars. 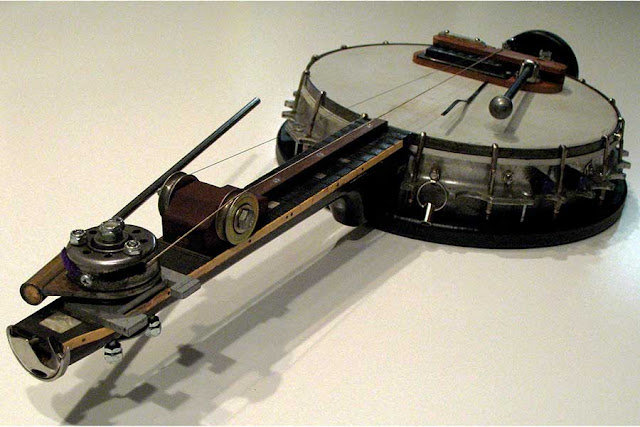 A former guitars have two strings that are share tension. A long “whammy” bar pivots at the top to change the tension of the strings inversely.

One string tightens as the other string loosens. There is a movable bridge that acts as a fret and as a (reverse) bow. The strings are open when not being pressed or rubbed against the bridge. 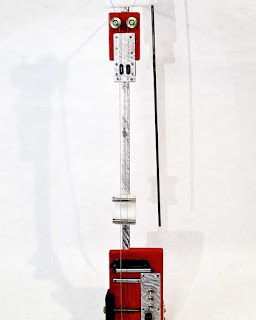 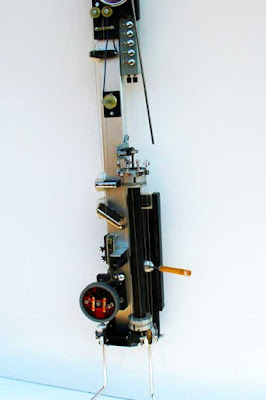 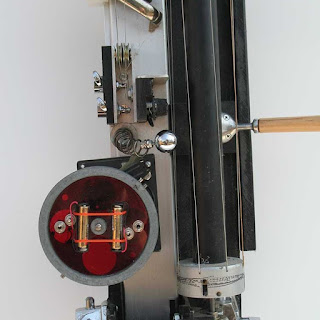 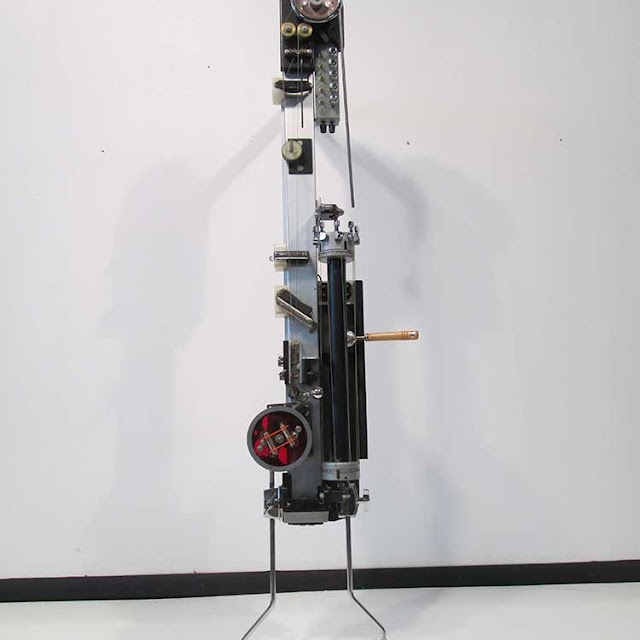 This configuration creates a tonal center and an equilibrium. 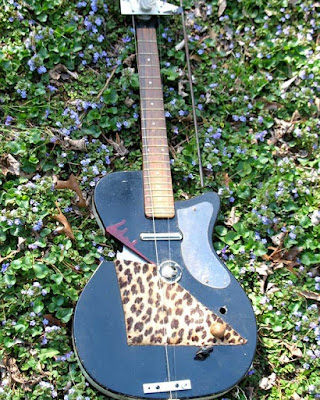 The interval between the strings at rest is determined by string diameter. The range of timbre is very broad because of the tension control. 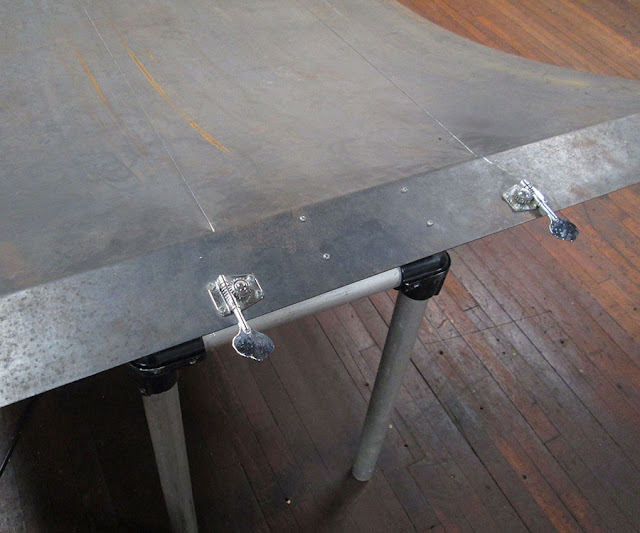 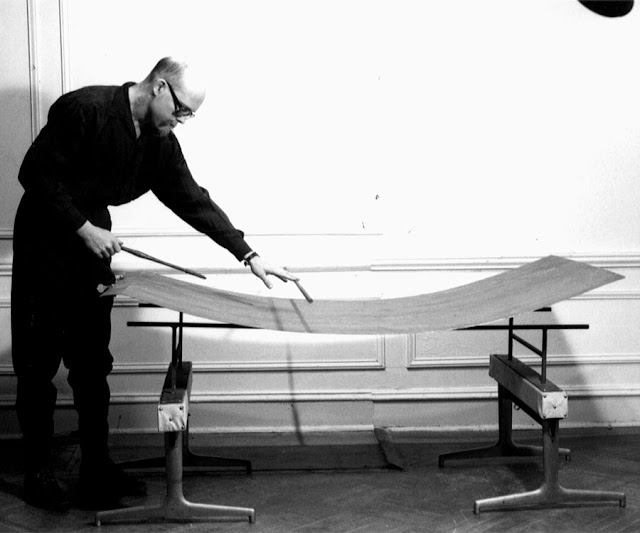 This is one of his older instrument designs and demonstrates some physics of sound that have remained central to his work.

The rod divides the string into a glissando of inverse tonal relationships. The frequency of the rod is transduced into the strings. The strings are stretched by the weight of the flexible steel body, so there is a physical equilibrium built into the design. 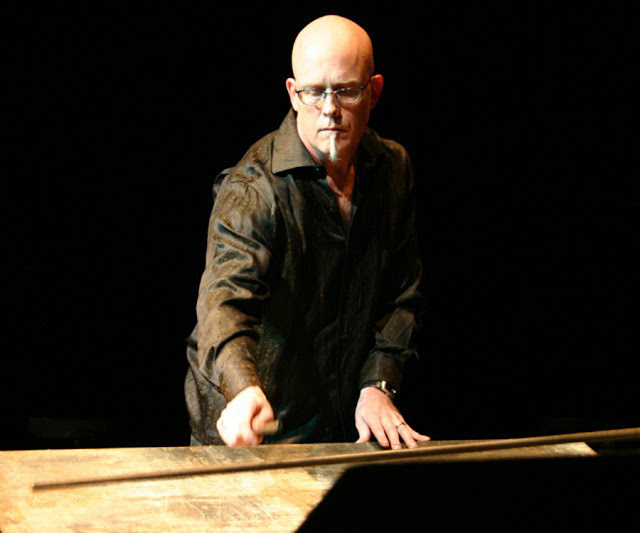