Right before starting to fill this space here, I was warming up on Nile Rodgers and Daft Punk, I was to hold once more George Van Eps, but then came the headline :

I don't know of any assumed ignorance, this is a lie, or truth... in return. Somehow, I dialogue with you here Mr. Miguel C. and therefore I will reset the play with this incredible quote you send me after my troubles with playing Bach...


“In Bach there is too much crude Christianity, crude Germanism, crude scholasticism. At the threshold of modern European music... he is always looking back toward the Middle Ages.” Nietzsche's 1878

Assumed Lies are what all occidental society has tend to teach its elites lately (partly explaining the actual mud), whereas Ignored Truths is what too many people fear still today. You can Only Cheat Yourself... as they say. Nile Rodgers is a jazz guitarist in the most traditional classic ways, who could it surprise to say it?

Today my younger brother has Birthday, he turned 34, we have twelve years difference, he is a DJ, as they say. He played and toured regularly with Daft Punk because he is on Ed Banger Label (That is Pedro Winter or Busy P.), for the last 10 years at least. So that I Daft-met few times, but at first I had no idea who I was talking to (the advantage of space helmets public policies I guess). The first time an after party, in a very Parisian Night (the kinda ones you'd imagine seeing it from TV, the same one, totally, some VIPs, some Actresses and Actors, people like Sebastien Tellier and so on, 4 AM in a Paris Downtown flat, a bit loaded, not totally in my case, I like wine only).

It's only much later that I discovered I had this great chat with a certain Guy-Manuel de Homem-Christo (Punk), there. But it was really incredibly sensitive, precise but with love, amateur-like, of the kind that can recite you the whole credits from a rather obscure LP recorded in L.A. in 1976, featuring major artists such as Abe Laboriel on Bass, Paulinho da Costa on Percussion, Harvey Mason on drums and/or Larry Carlton / John Tropea on guitars. This is what I call jazz personally. That Jazz never stopped since it started. I mean it never stopped until they played it. Benny Carter, Dizzy, Paquito de Rivera, Jo Jones, Ray Brown, Mickey Roker, or Mickey Baker, then Cameo, Miles, Chaka Khan, Rick James, Johnny Guitar Watson or/and... Nile Rodgers.

Through the 70's the first jazz went through a really difficult moment. Cross Over sometime beautifully handled, sometime not. Original pioneers vanishing or dying close to anonymously. But it came back in steps. At first with a white version of it but totally dedicated with the "Saturday Night Fever" Soundtrack, and very soon after with a total galore of music like rarely before, all jazz : Anita Awards Ring My Bell, Rapper's Delight by the Sugarhill Gang, Rock It Herbie Hancock, so much more but one particularly radically changed our ears and lives and this was none else than Michael Jackson's Don't Stop 'Til You Get Enough. Produced by ... Quincy Jones. That's Jazz, see again.

What Daft Punk did with Random Access Memories is something that very few people dare to share today. Its a work of love and history, a work of legacy and spread, a work of education and offering. It sold a lot precisely because it wasn't a business plan. Anyone connected to their Daft Club could witness and jump in it when the album came out. In one single move they opened the doors to billions of younger people into their own history. They made the family tree we all stand from wider.

Music belongs to anyone who listens to it (is why i can't blame streaming). And they asked for Nile Rodgers back.

Nile Rodgers is Freddie Green, George Benson, Sister Rosetta Tharpe and Pete Cosey. In the First Interviews for the Album, Rodgers was regularly telling the story of how he totally misunderstood Miles when he called him to join. Obviously a serious regret, Miles made me listen to Rap in the 80's. This is Jazz ... Daft Punk knows it so well, probably way deeper and better than what's left of a supposed to be Jazz Press today. But you know this already, don't you? 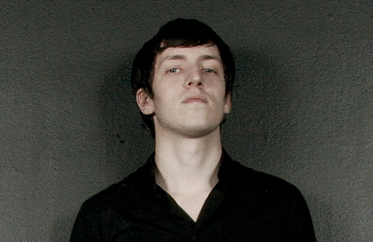