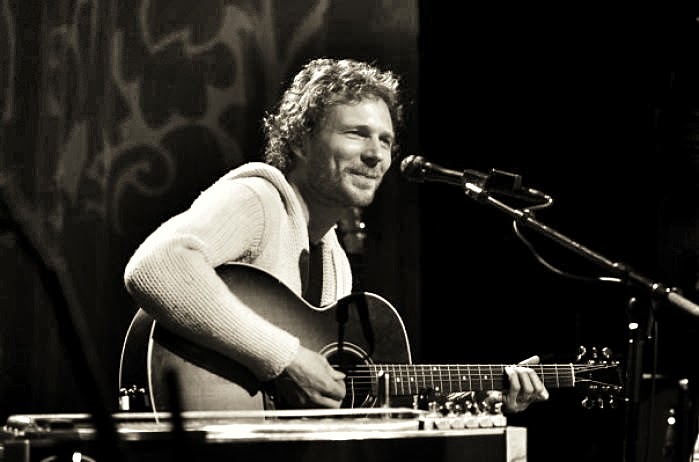 He studied music at Agder Music Conservatorium, at the University of Agder and the Norwegian Academy of Music. Bjorn Charles Dreyer has been working as a session musician for twenty years. 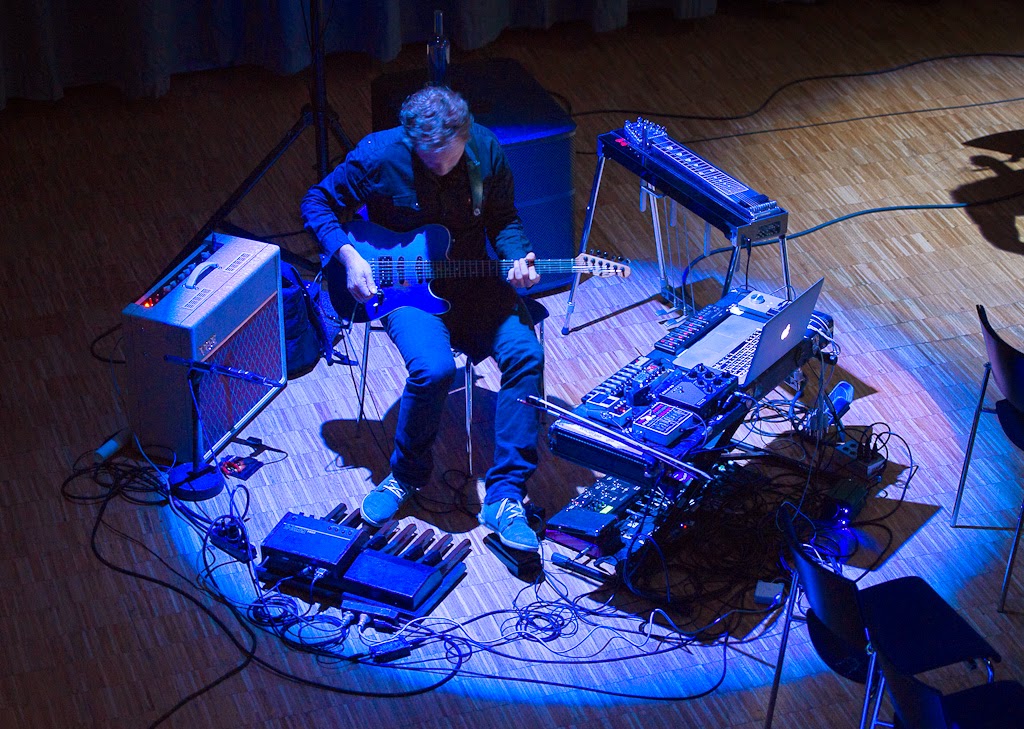 During these years he participated on more than 150 released albums either as a session guitarist or as an artist or a producer (see discography). He also founded the group Boschamaz together with Erland Dahlen and the duo released two albums, This is not Sweden 2007 and Rød in 2011, both on Hecca Records. 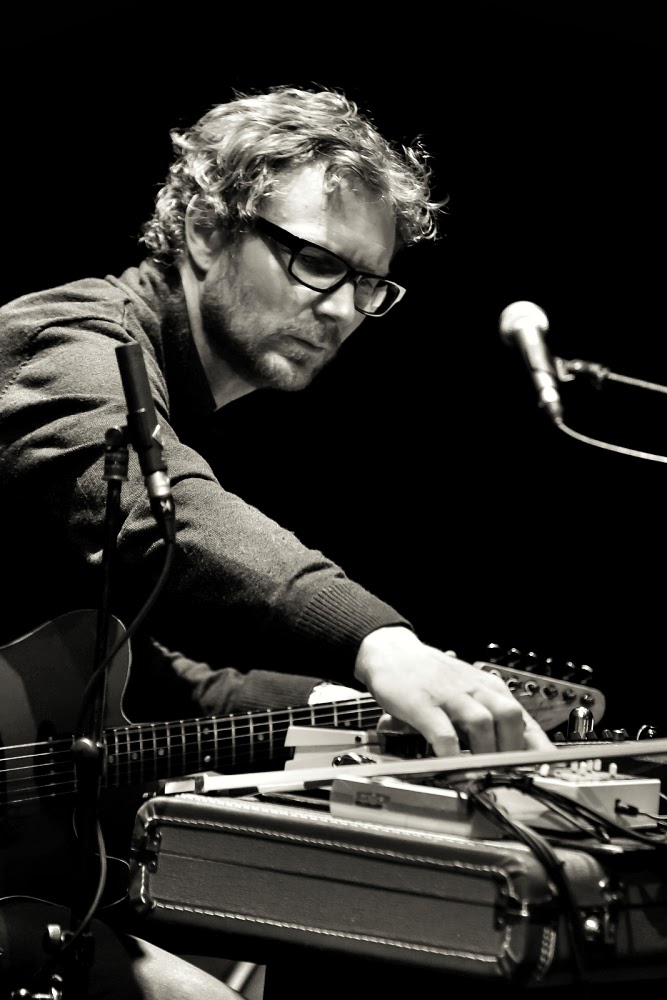 Besides freelancing he also gained interest in sound art and soundscape composition along with the partiality for the archipelago and industrial shipping history of Mandal, where he grew up. This resulted in the project called Piston Ltd, which was based upon the sound of the boat engine called Marna Motor. Piston Ltd released the album Domestic Engine (HECREC 103) in 2007. 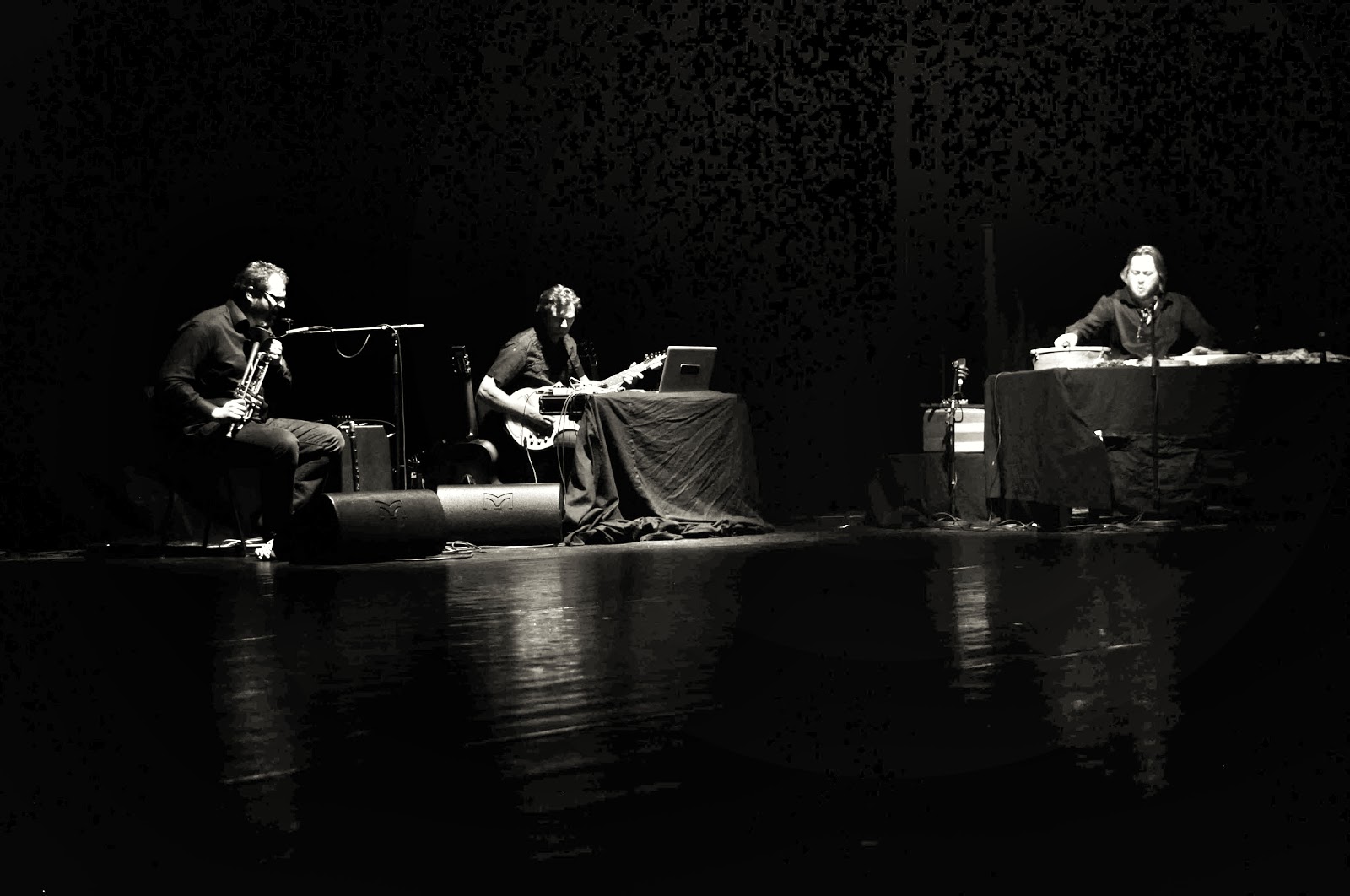 In the wake of Piston Ltd's 2009 piece Domestic Engine for 4 musicians and an engine (the Marna), follows the project Westaman. Originally initiated by Sigbjørn Nedland. He challenged the musicians to compose a new piece focusing on a special high speed catamaran and its cultural significance; that of the Westamaran. Bjørn Charles Dreyer together with Erland Dahlen and Hallvard Wennersberg Hagen to set to work, fascinated by the sound of the boat, the maritime environs all over the world, especially the one of the South Coast of Norway, 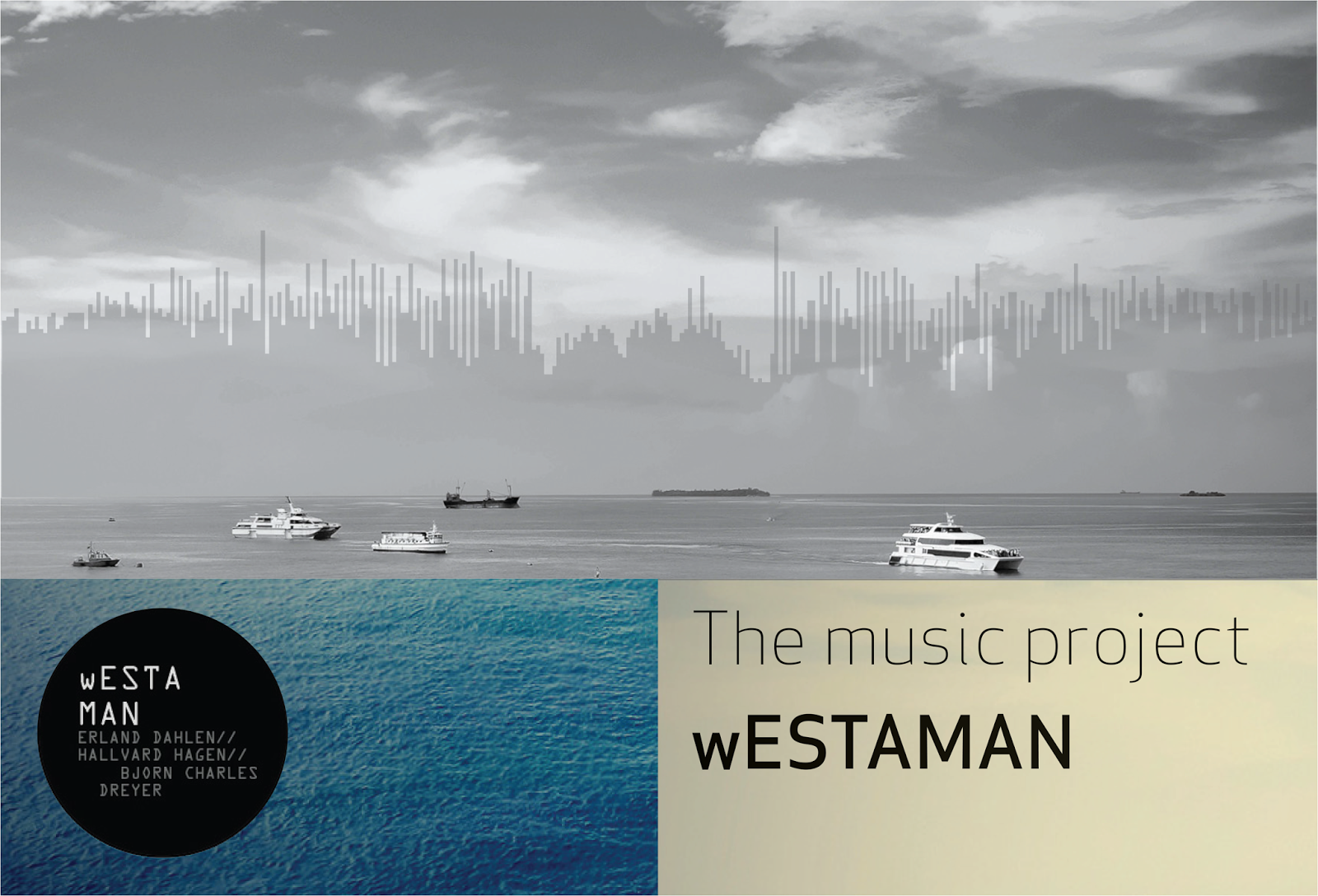 The history of the Westamaran – an innovative work of engineering and a rather popular high speed boat – starts locally in Bjørn Charles Dreyer's backyard Mandal, but found use all up the Norwegian coastline. Eventually by the late ´70s and early ´80s the Westamaran had been exported globally, and the musicians – interested in its global reach – tracked down a particular one that ended up off the coast of Zanzibar, Tanzania. Local East-African musicians like Mohammed Issa Matona and Anania Ngoriga logically contributes on this musical piece, which meshes together influences of maritime culture, industrial history, wildly ranging musical background and the love of pure sound. 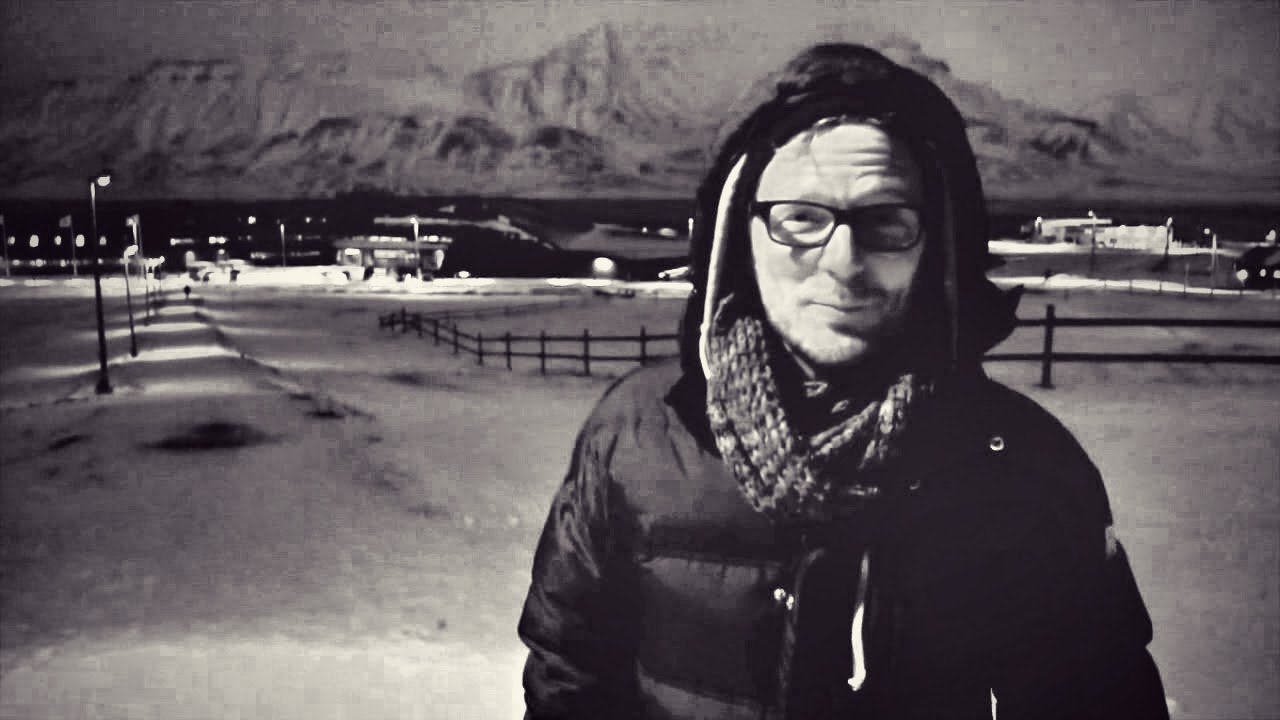 I think the first one was Rypdal, Vitous, DeJohnette with Terje Rypdal, Miroslav Vitous and Jack DeJohnette (ECM 1125), released in 1978. I bought it sometime in the early 80’s. The last record I bought was Daniel Lanois’ Flesh and Machine (Red Floor Records). Lanois is one of my biggest influences and his music inspires me much.

I understand the question in two different ways. One is related to technical skills on the instrument, the other about music technology.

Good technique (technical skills) on your instrument can make you free to play what ever you like to express. Bad technique can prevent you from expressing what you want, and make your work just sound like bad craftsmanship. When technique is used to show off, impress or as if technical skills were some kind of sports, I tune out.

New technology paired with music opens an unlikely number of possibilities. I have always been interested in the combination of new tools and how to include and implement that in my performance practice. Some sceptics point that there is a lack of heart and feeling in music made with new technological appliances. I do not necessarily agree to that. The musical result will always depend on the performers aesthetics and the human behind the music.

Music to me is any sound that evokes a feeling. Nature, cities, motorized objects, anything that makes sound is potentially music to me. Noise is beautiful. Though, certain radio stations and TV shows are as undesirable noise to me. Movement, spoken word and paintings may not clarify as music, but can be experienced as musical. The soundscape of the world (and the universe) is wonderful.

Terje Rypdal. As I remember, it was the tune “Innseiling” from the album Decendre (ECM 1144) that got me started. One can ask why I did not go for trumpet instead after hearing this tune, but I already had a guitar available. It was not only the guitar sound that blew my mind. The luscious and atmospheric textures captured me and have seized me ever since.

I have synesthesia, a rare ability to see colours when I read symbols, letters or hear a sound. Most of the time I use this ability subconsciously. I find visual arts and film very inspiring. I have composed music for documentaries and TV-series. With a certain risk for being boastful, my art teachers told me I was quite talented in visual arts when I was a child. I never pursued the alleged talent.

My roots are partly in country music. When I was a child, my parents and I lived in the USA, and I guess they adapted to the American culture through Hank Williams, Charlie Pride and others. I was exposed to their records in my childhood. This exposure is probably why I picked up the pedal steel guitar many years later. Country & western has been like a secret influence for me.


I like originality, a strong expression, substance and sometimes elegance.  “Art is meant to disturb” (Georges Braque). I find this statement meaningful. Technical bravura does not impress me. In fact, it makes me tune out. I can see the importance in an early stage for an artist to be employed with techniques for training purposes and to develop craftsmanship. Later on you must find your own way or voice in whatever you are doing. The pursuit to an original and individual sound is probably the most difficult exercise for an artist or a performer. I do not intend that I have succeeded in finding my own sound, not even close by any means. But from my point of view, it is the most important task for an artist. There may be different angles and perspectives to this topic, but I hope my point is clear.


Do not spend too much time pleasing others, being a copycat or pretend you are someone you are not. Make your own style, be yourself, play your own music or found a group with the musicians you admire the most. (I started late with my own projects.) Nevertheless, many years as a session musician, I have been lucky to play with many great musicians and artists, and I have learned from every one of them. Besides I would not be without it, and all the experience I have gained has shaped me as a musician.


Musicians that strive to be expressive and original, that are curious and searching are what I empathise with.


1.    Don’t get too drunk if you think about playing on a jam session. My ensemble teacher told us that. I don’t go to jam sessions very often. But I used to a lot, and I think I followed the advice. Maybe with an exception or two, I can’t remember. Wonder why?

2.    You must to learn how to read (music). The composer and conductor Jukka Linkola gave me that advice. An advice I still haven’t pursued, and I regret it. (I read music, but very slow)

3.    Learn how to handle stress. Otherwise you will not survive in the music business. My doctor gave me that advice. It is not implicit that I am an expert, rather contrary.

My main guitar is a Guitar Workshop, built in Oslo by Jan Braathen in 1987, I think. It is like a Stratocaster in a Telecaster body. The guitar consist a mahogany body from Schecter, a Stanley Kubicki neck with an ebony fretboard, and Seymour Duncan pick-ups. Maybe it’s not the best sounding guitar ever, but I have had it for years and gotten used to it. It feels very good to play.


Sometimes I play a Les Paul Standard, an ES-175, SG, Gibson J-100 acoustic, Höfner arch top, Jerry Jones electric sitar, Roland G-303 with GR-300 synthesizer (Fun to have, but I hardly ever use it). The pedal steel is a Carter S10. I also have several classical guitars that I enjoy playing.

Sometimes I add Roland PK-5 bass pedals to my set up.

You’ll never stop learning. The more you discover, the more you desire to learn. It is wonderful. And of course it is the music itself, a lifelong adventure. I also enjoy traveling, meeting people and play with great musicians.


I am working on my first solo album. It is a collection of solo improvisations recorded over the last couple of years. The recordings consist mostly of two tracks, left and right, with few options to re-edit. The improvisations are being structured and mixed these days. To assist me in the process I am lucky to have Hallvard Hagen (Xploding Plastix, Kronos Quartet, The Electones, Mike Patton) as a producer. He is exceptional and contributes with a lot of delicacies.

The planning of the next album has also begun already in my capacity as a PhD research fellow at the University of Agder (Norway). The improvisational method will be followed up, but this time in cooperation with Jan Bang, a well-known producer and performer of improvisational music. I also plan to write some music for these sessions. It may be topical to invite other musicians to participate to find the sound I am searching for on this album.

I also have an exiting project that is about synesthesia coming. For this arrangement I am lucky to have Ricardo Del Pozo, who is an outstanding video and sound artist, as my co-partner. The result is not clear, but we are working on an installation idea that may be combined with a visual part. For the moment, we are searching for additional funding to realize the project. 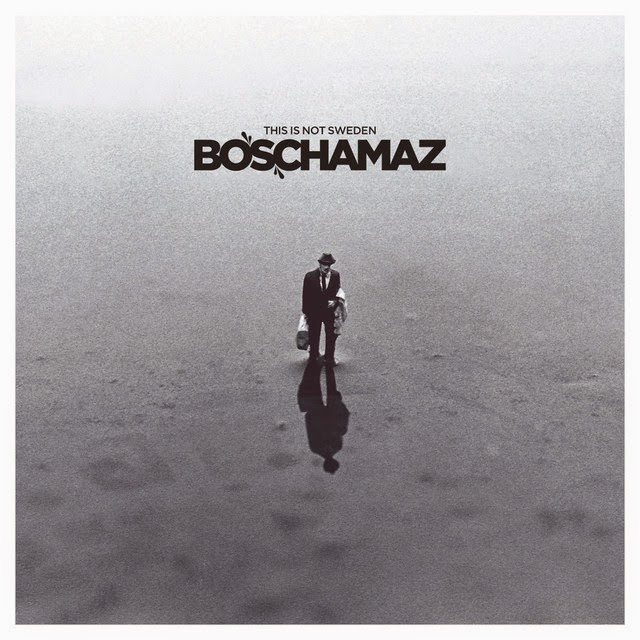 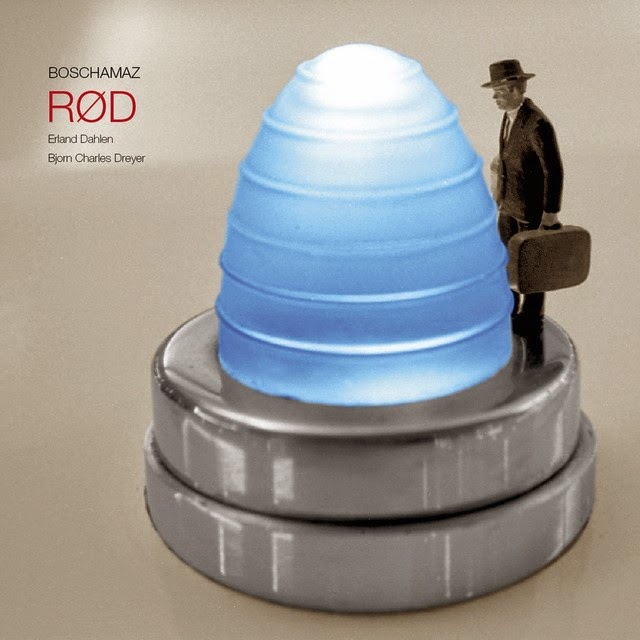 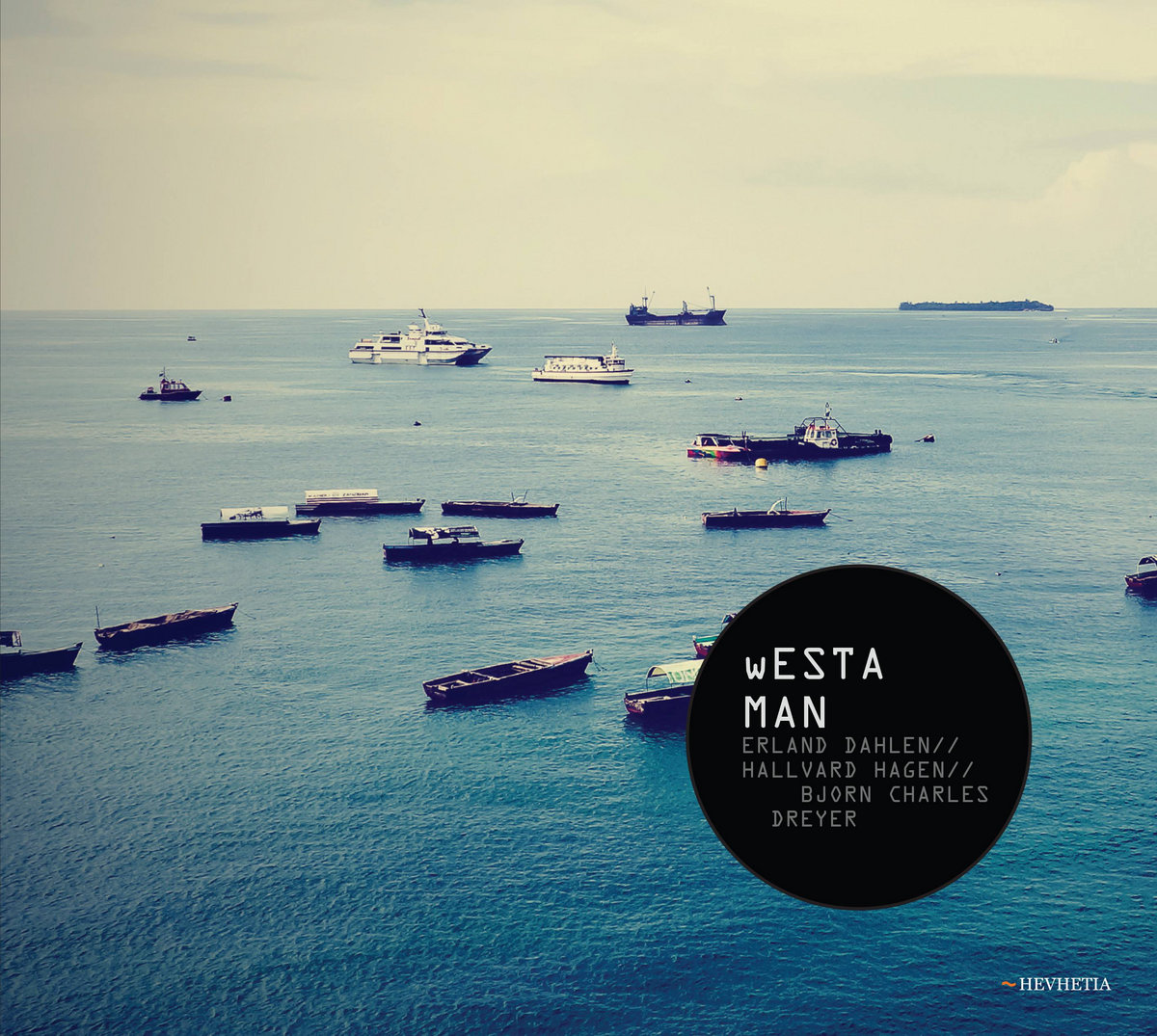 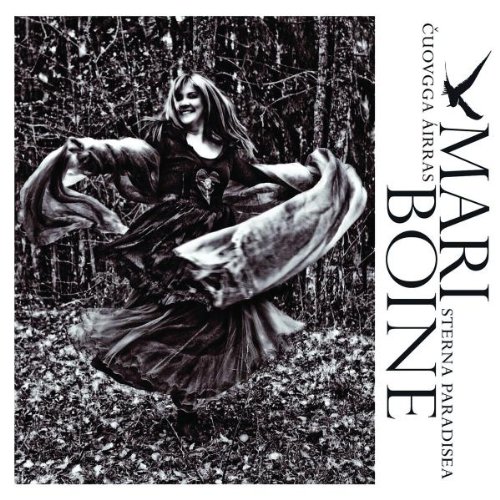 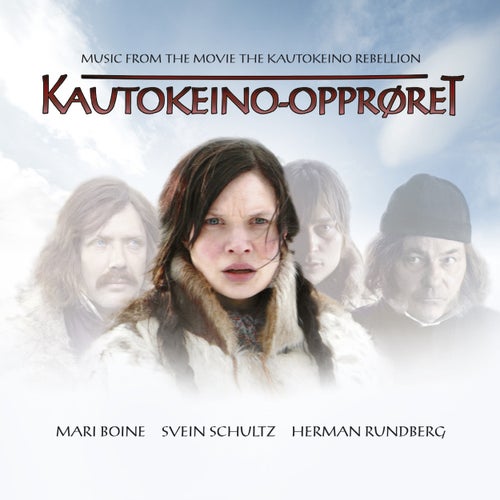 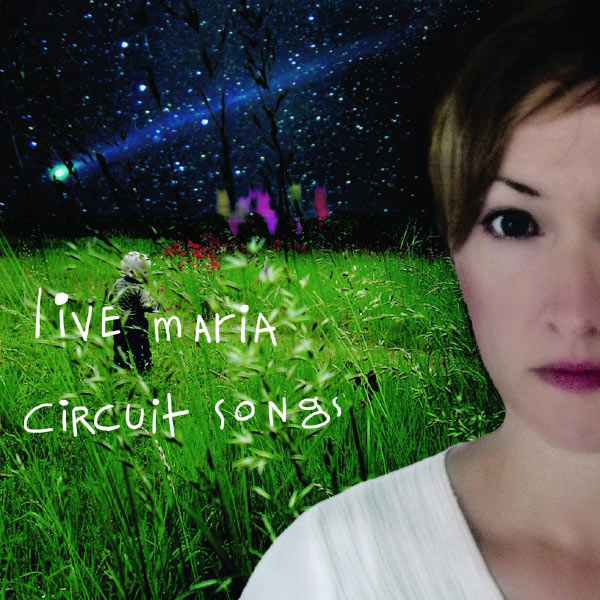 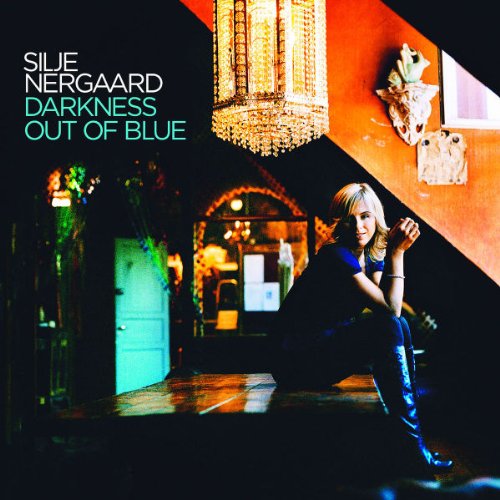 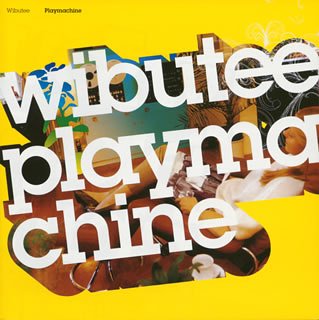 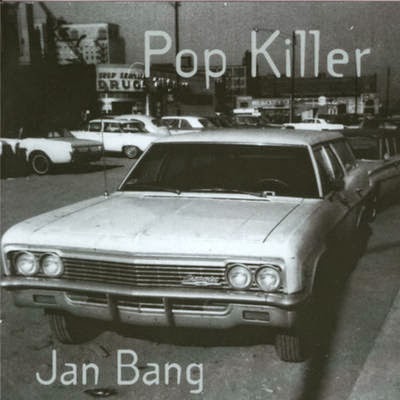 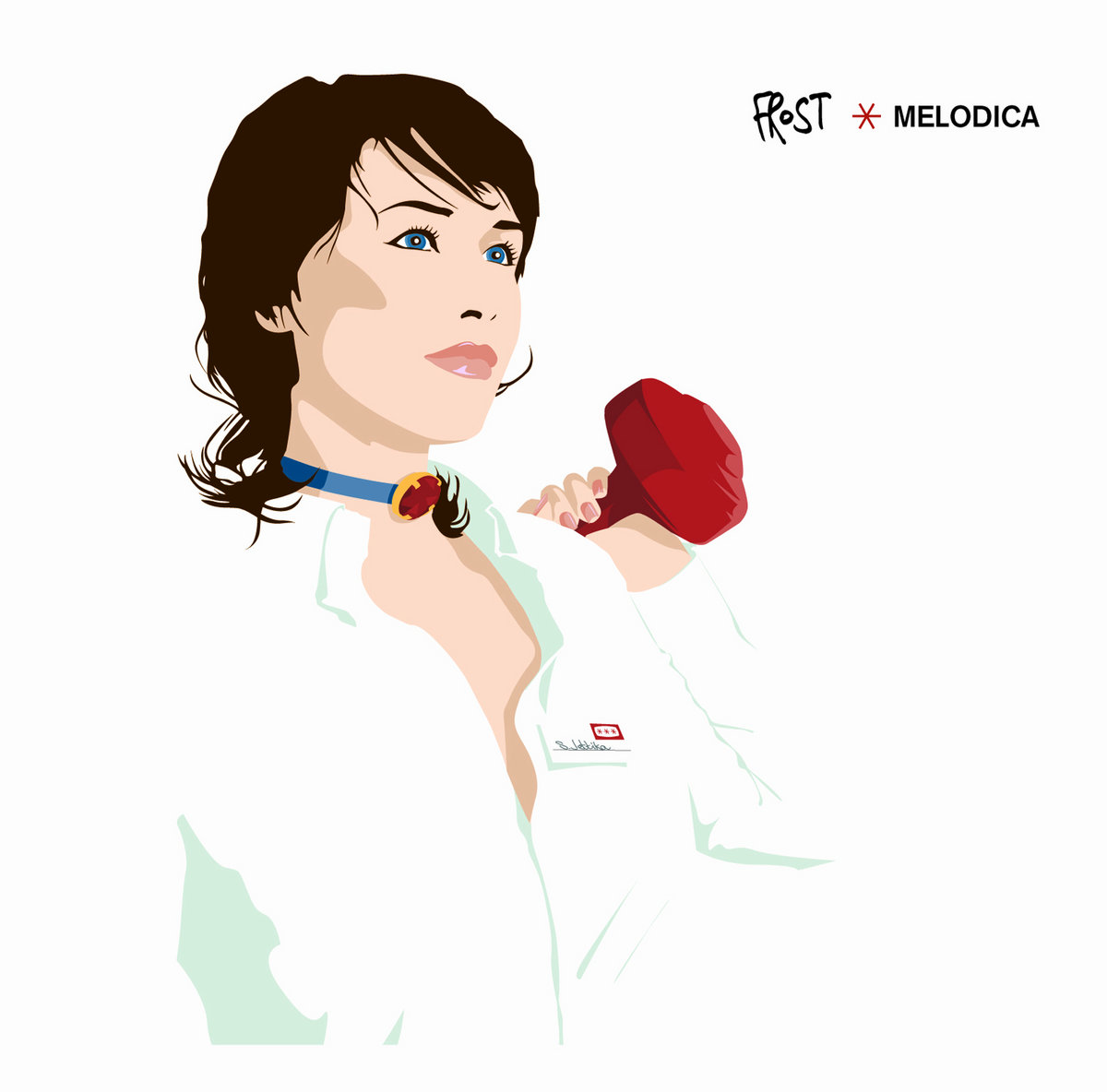 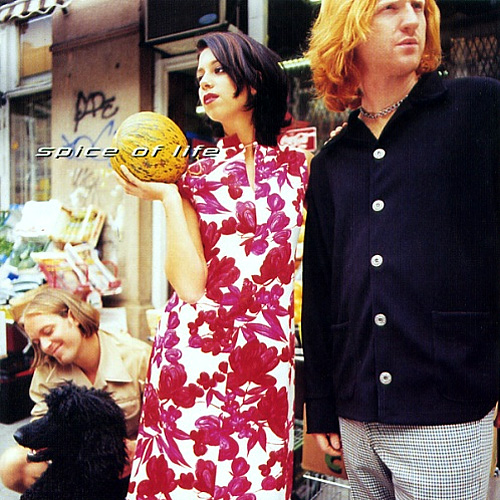 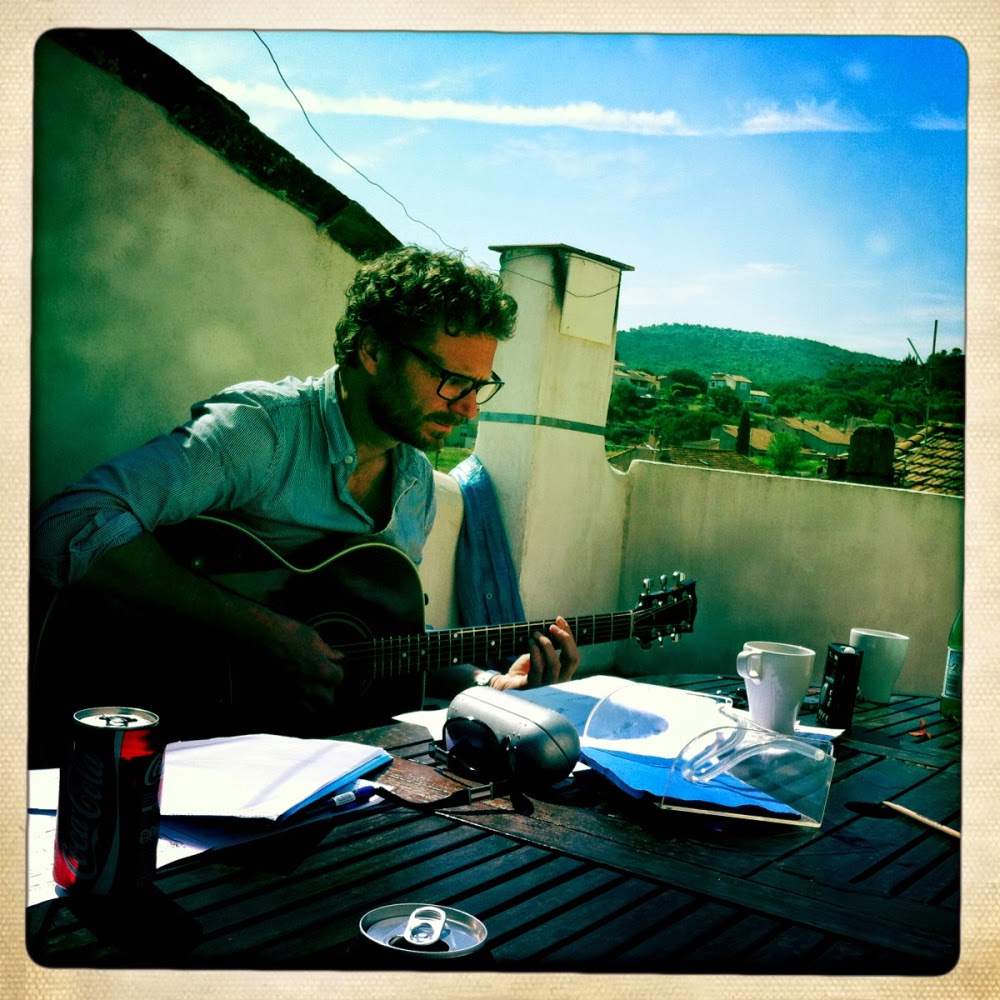