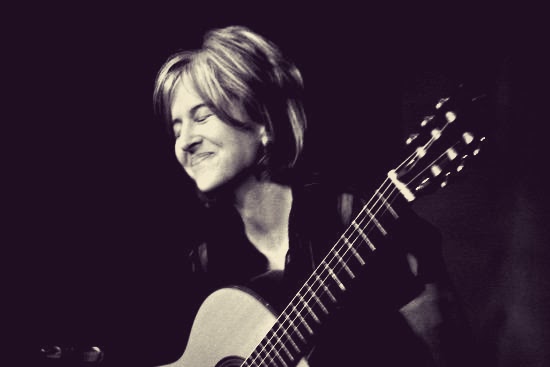 Janet Feder is a Denver, Colorado based composer and guitarist. She is a classically trained guitar player, best known for her work in the extended techniques on the prepared guitar. 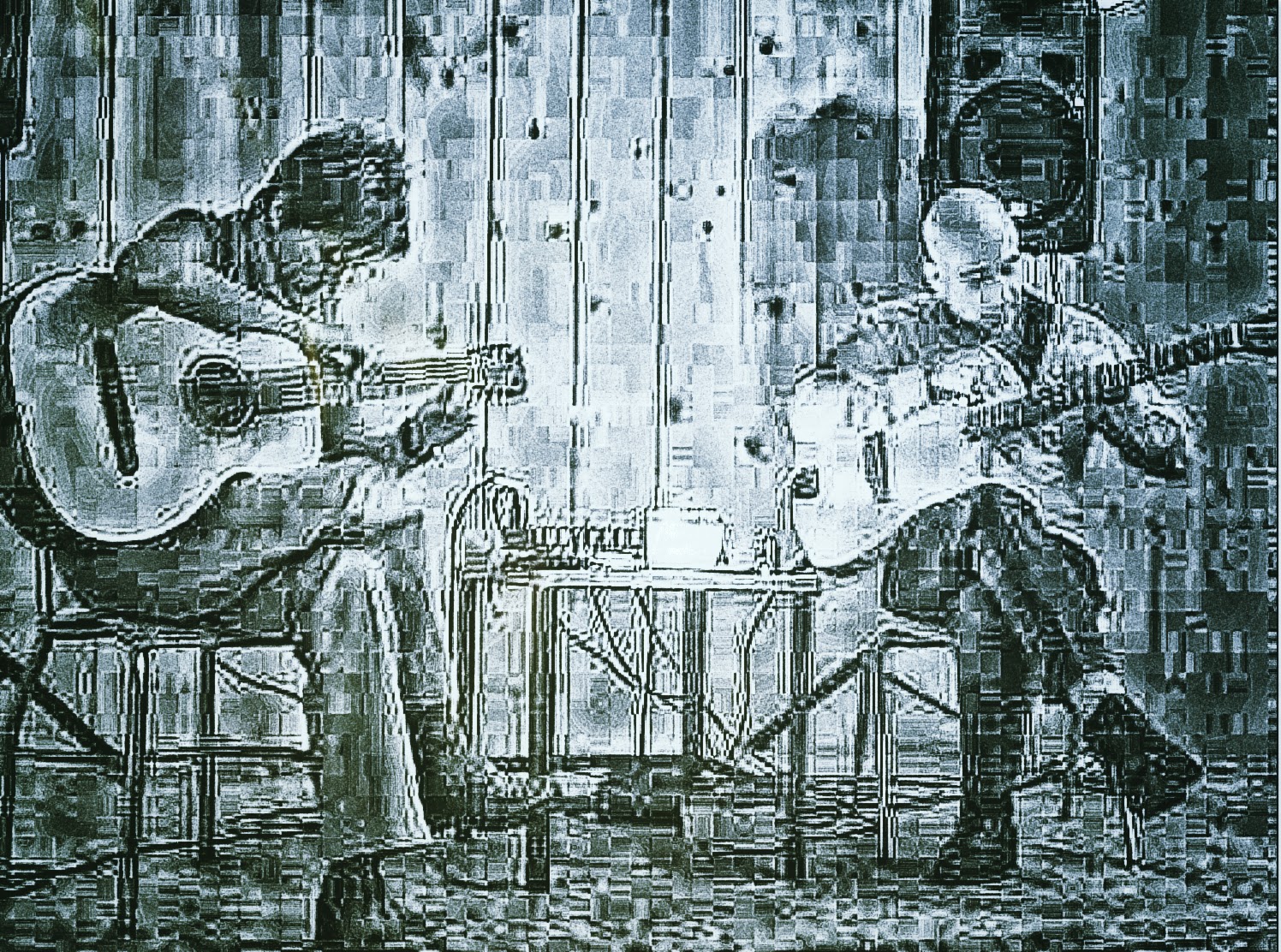 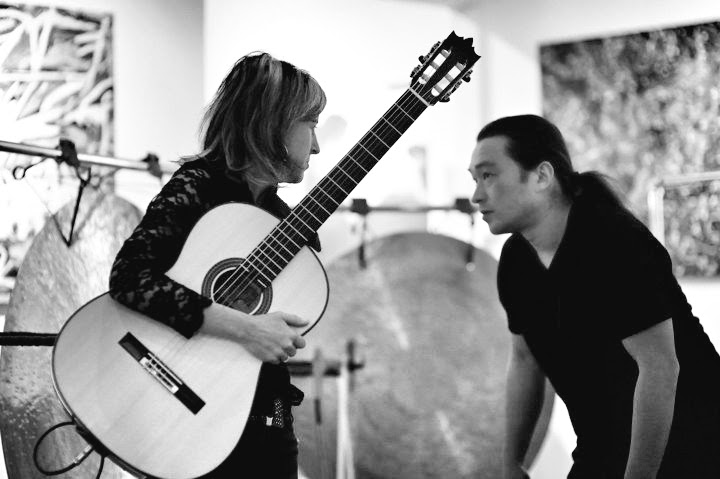 Feder's most recent album, Leavings is a film score recorded at Paul's studio with Janet playing guitar(s), banjo, ukulele, tomato slicer and other sounds. Paul plays keys, wooden flute, voice and samples. He also recorded, edited, mixed and mastered everyting. Songs With Words, from 2012, was recorded live at Immersive Studios in Boulder, Colorado in 5.1 Surround Sound "using fifteen microphones" and is currently available on both vinyl and SACD. 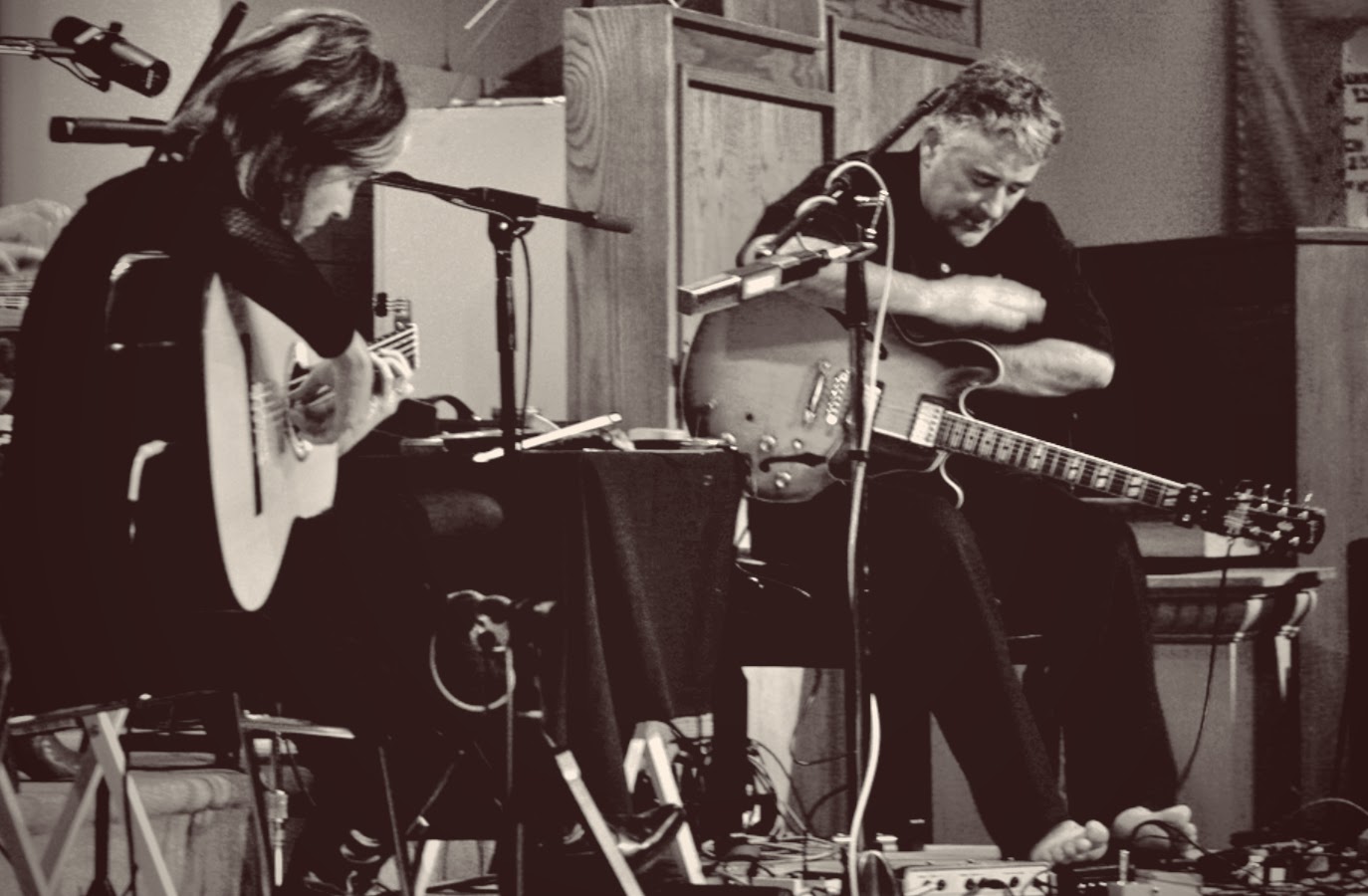 The first guitar I remember was my dad’s. He bought it when he was serving in the US Navy on an aircraft carrier in the Pacific in the mid-1950’s. It was a Gibson archtop knock-off, sunburst with f-holes. I loved just looking at it, way before I ever formed the thought to play it. I could occasionally convince him to play it, and he’d strum with his thumb and in an impossibly low, gravelly voice sing sailor ballads about drugs and prostitutes and revenge. These were my first songs. 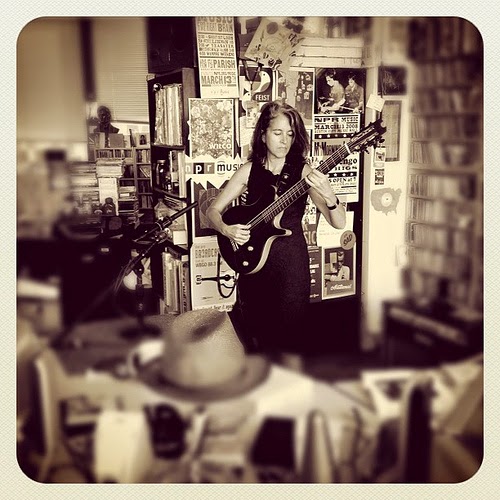 My parents gave me a ukulele for my fifth birthday which I played for a year before I had the idea that maybe I could play that full-sized guitar like a ukulele – because I could only reach the top four strings anyway. This doesn’t really even make sense to me now – the scale being all different and everything – however I played it like that for another year before my parents sent me to the local community center where I learned to play chords using all six strings. I played that old guitar of my dad’s for two more years before he bought me a ¾ sized Gibson guitar. I never thought I’d have my own guitar – all I wanted was a case for his so I could take it with me everywhere! Having my own guitar was the greatest feeling in the world.

The last album I bought was Queens Of The Stone Age Songs For The Deaf. If you’re asking about vinyl…were you asking about vinyl? The last vinyl I bought was a three-sided album from my friend Tatsuya Nakatani (featuring also Mary Halvorson and Reuben Radding) and is called “Map”. Side four is etched on opaque white and it is just irresistibly beautiful. That all said, I’m very fortunate in that people give me quite a bit of wonderful music. The last vinyl I listened to: The Light Surgeons True Fictions which is beautiful and profound especially in the ways its topic remains relevant as humanity suffers and survives and strives to make sense of itself. I’m utterly drawn to the confluence of the visual/digital/electronic/acoustic universe and for me The Light Surgeons express that intersection with perfect balance of technology, philosophy and artistry.

I’m in it for the surprise, for the intrigue and delight of hearing and experiencing what my mind recognizes as something I’d never have thought of on my own. It’s in that fertile landscape – which exists somewhere between my brain and my heart - where I get turned on and become inspired to think differently. That is my favorite place of all.

When I started answering these questions several months ago - time since has grown wings and I can’t believe how long it’s taken me to finish answering! - I wrote that I was most proud of Songs With Words. Collaborating with engineer Mike Yach and producer Joe Shepard on that album was as indescribably joyful as it has been since imagining people listening to it. Now several months later, I’m back in their beautiful studio – and we’re mixing my new album, which I’m most proud of all. 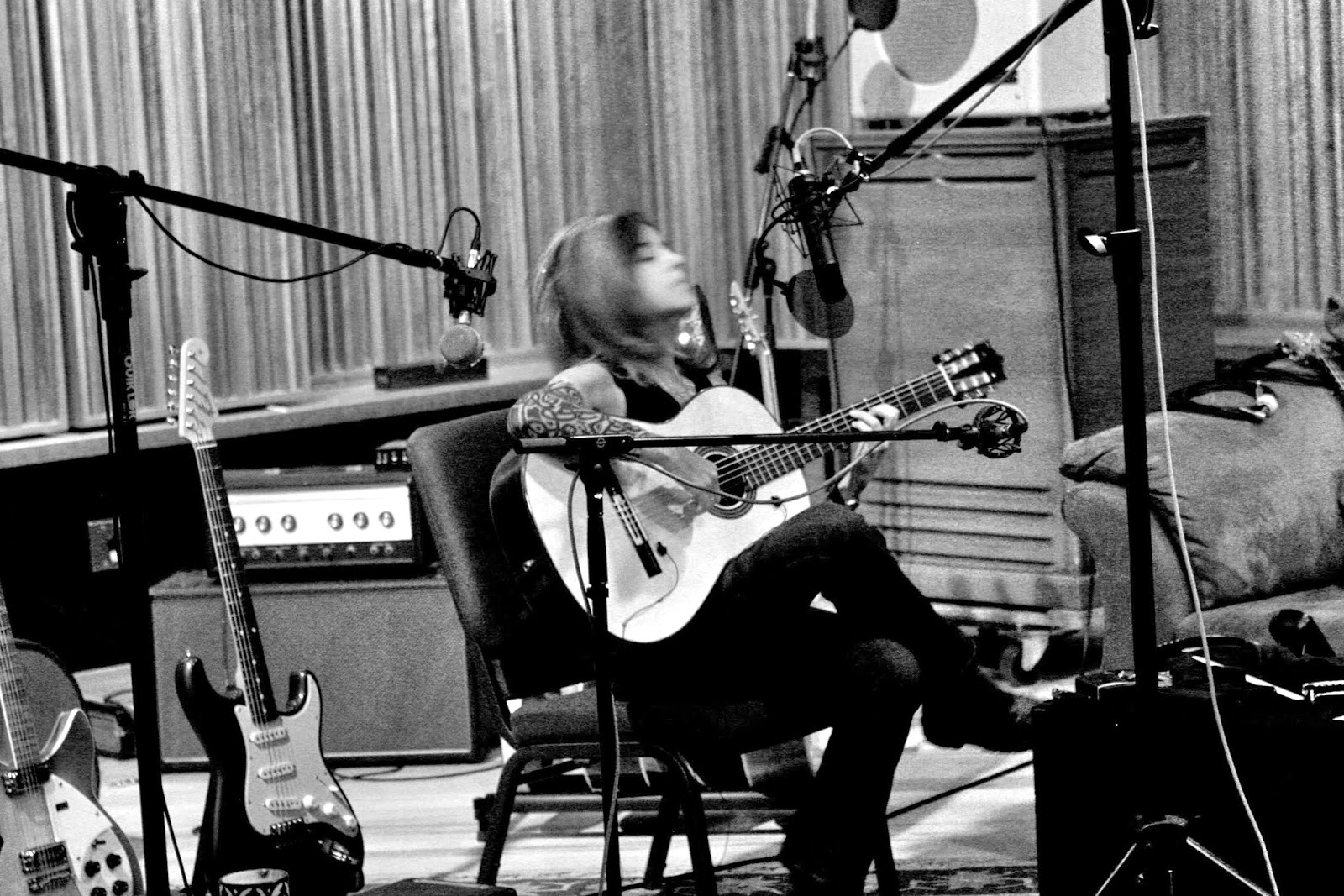 What's the relevance of practice in music, in your opinion?

The importance of practice in music is that it’s essential to always be ready. Be the one who shows up prepared to open into whatever invitation arrives. Have chops and some skills that are unique. Be the artist other people want to play with, the performer an audience wants to hear and engage with. These things require a practice that is about staying fit physically and mentally, in ability and imagination - and also means having an outlook, a concept, about how to show up and be one’s best self for the sake of whatever might possibly happen.

The quality I admire most in music is emotional vocabulary, not necessarily expressed as words. Everything starts there. I think of this pertaining to the composer, the artist, and the listener.

I think it’s so interesting to focus on more important considerations, for example: how can I make a good (interesting, unusual, funny, dynamic) sound from an(y) instrument, and nurture the internal freedom to pursue unexpected outcomes? If this is actually happening then instruments are neither “bad” nor “good”. 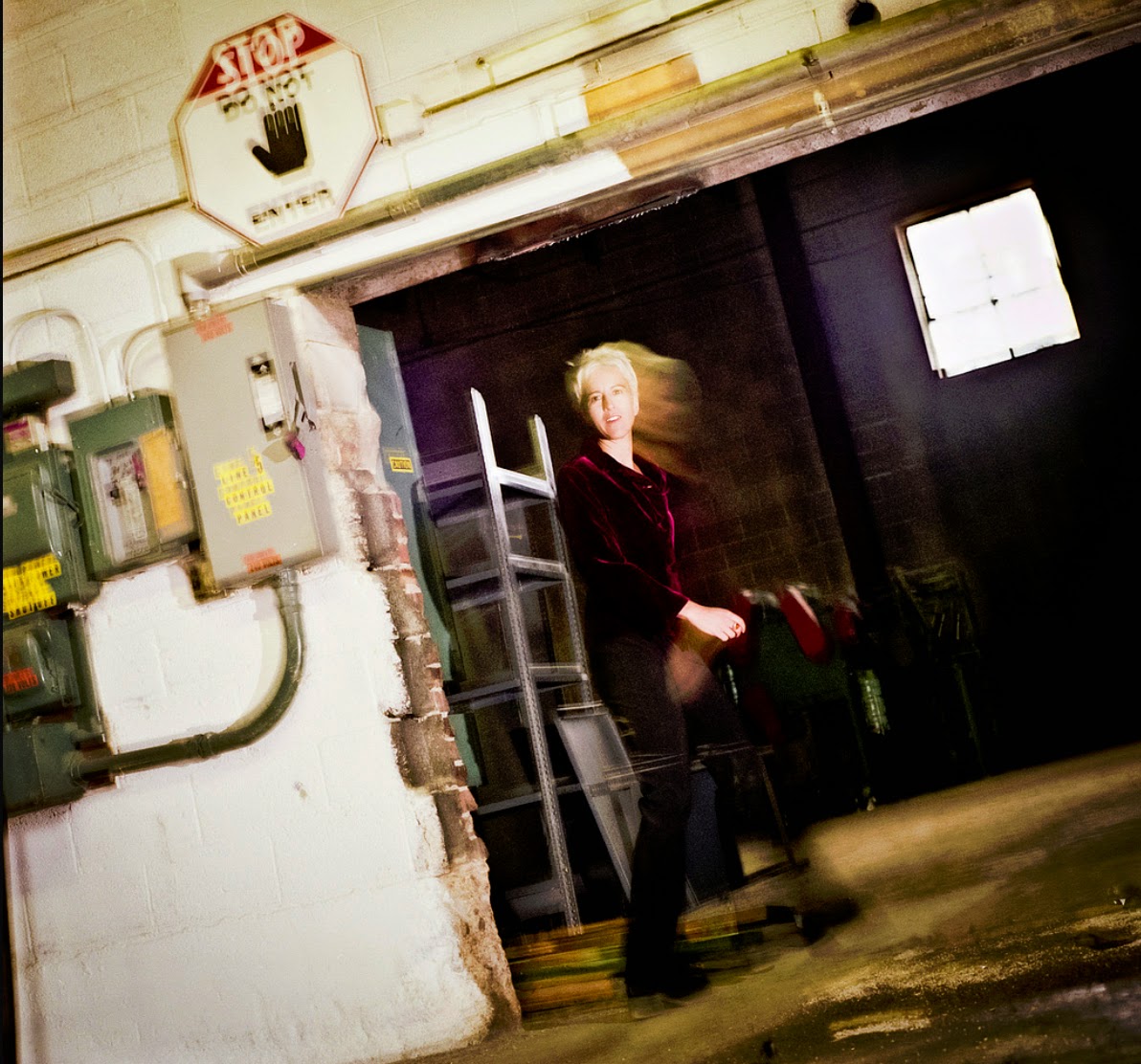 That said, I’m a little bit picky about what I love in an instrument and what I seek from it in order to be able to accomplish what I’m attempting. I’m fortunate to own a few different guitars, each like a very interesting, unique and unusual friend. I’ve made modifications to pretty much all of them so that they feel and play and sound right to me. I prefer flat fingerboards regardless of whether or not it’s a steel or nylon stringed guitar. It can be a challenge to pair the best amplification system with whichever instrument because of the response to various objects I place on various strings. I also really prefer a guitar I can be physically comfortable with because I’m not very large or strong – and for the past many years I seem to love only baritone guitars. It’s been a challenge especially to find an instrument that is The One I can tour with, that feels great to play (I perform standing), and that is lightweight enough that I can carry it around without feeling like I have a railroad tie on my back.

I’d define the present time in musical terms as a rock opera: familiar, dramatic topics most everyone across a broad spectrum can relate to with some truly innovative and unanticipated moments when they’re least expected.

Define anything you're still looking for.

I’m looking for a booking agent. This person would understand what I do well enough to book me into appropriate performing, collaborating and teaching environments that are best suited for unfamiliar, non-referential music that, nevertheless, is both deep and funny. They’d earn a percentage at the high end of the pay scale for good tour scheduling, good hotel and travel arrangements, and operating in the black.

Why do you use a prepared guitar?

I use a prepared guitar because I love the combination of prepared and non-altered strings, how the instrument can sound like a guitar and at the same time like all kinds of other things not normally associated with the guitar. What I love maybe even more than all of that is to hear people in the audience laugh when I make certain sounds, the kind of unselfconscious laugh that can’t help itself. That makes me so happy.


What are your motivations for playing?

What motivates me to play me is said best by Carl Jung: “The creative mind plays with the objects it loves.” 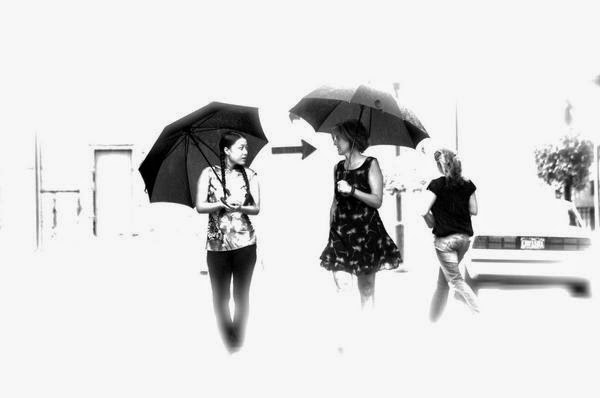 I’d like to have collaborated with the composer Lou Harrison.

My new album is called T H I S C L O S E. It’s the most intimate and personal music I’ve ever written and recorded. As on "Songs With Words" it's recorded in Pure DSD and there are no digital effects, though there are plenty of sounds gleaned from using and misusing old tape and other analogue machines alongside the sonic palate of objects I use on specific strings while leaving others pitched and unprepared, creating that world of tonalities not normally associated with guitar. All guitars are baritones. I sing on three tracks. I also play one piece on banjo. Please don’t tell anyone.

2010 I Never Metaguitar
Curated by Elliott Sharp, this compilation presents the "state of the art" in today's guitar. Included are some of the most established pioneers, like Henry Kaiser, Jean-François Pauvros, Michael Gregory, Mike Cooper, Brandon Ross, Jeff Parker and, of course, Sharp himself, but also the new heroes of the electric or acoustic six-string instrument: Nels Cline, Raoul Bjorkenheim, Noel Akchoté, Scott Fields, and Mary Halvorson, plus some less internationally known (but no less remarkable) figures active in the domains of free improvisation and experimental music, namely Janet Feder, Kazuhisa Uchihashi, Mick Barr, and Gunnar Geisse. 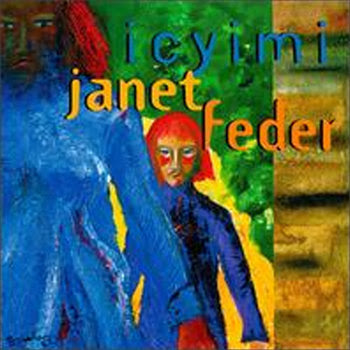 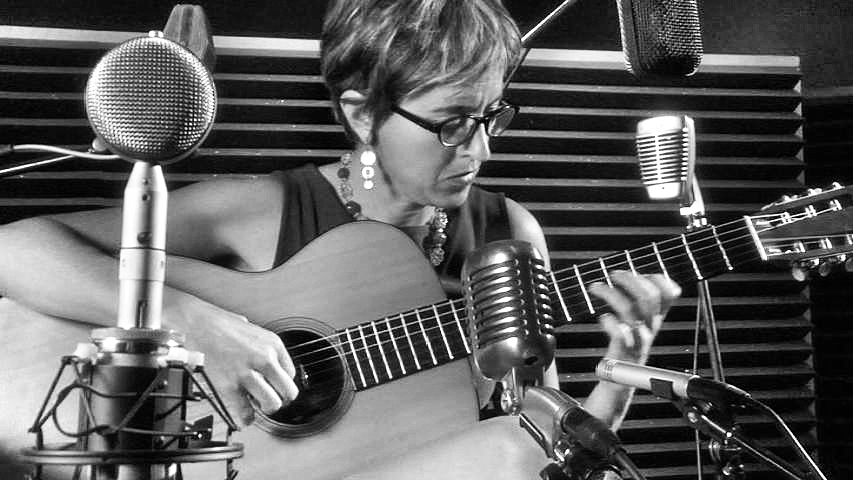 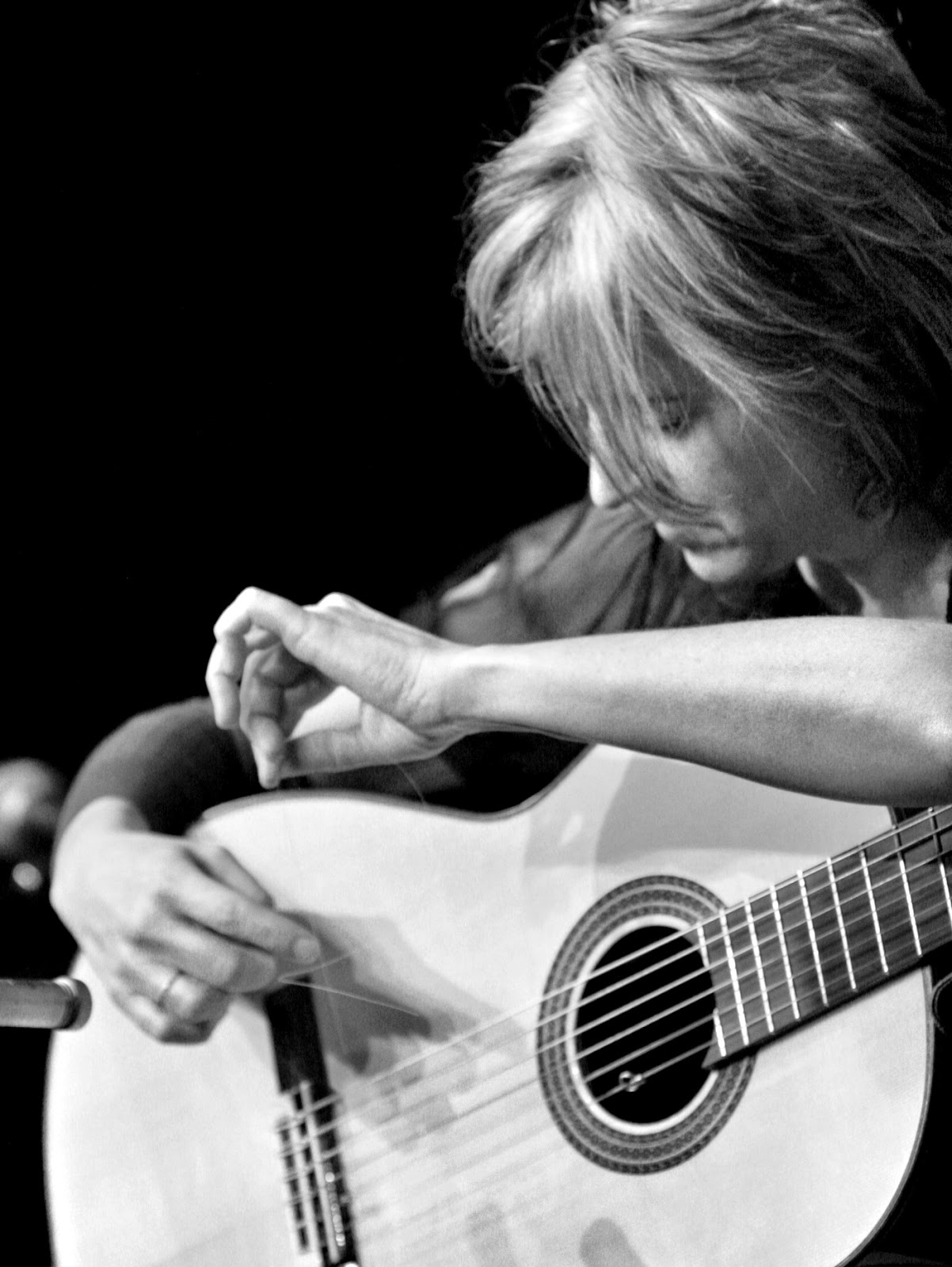