He developed an appreciation for light and visual composition, architecture, that translated in his early involvement with drawing, photography and design, which he still practices professionally as owner-director of Volante Multimedia. His company specializes in CD and DVD packaging, merchandise design, and anything for print or web that can enhance a performer's public visibility.


Daniel says: "Volante Multimedia enjoys the challenge and cares about bringing a customer's ideas across visually and effectively. And we like working closely with the customer, to make sure you are not simply satisfied, but happy with what we come up with. Daniel discovered early on that his ear was musical, being able to memorize complex instrumental pieces which he would sing to himself on his way to school, or to alleviate the boredom instilled by that institution, not recommended for creative people. 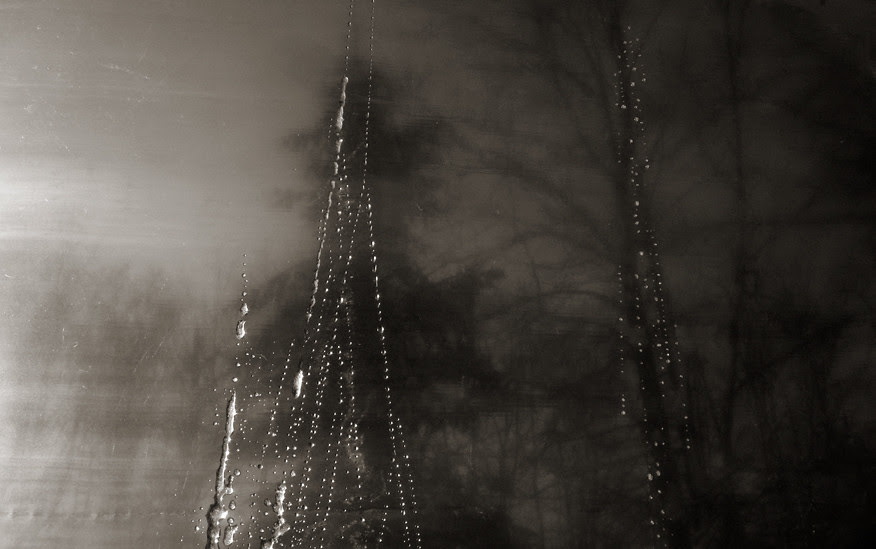 After realizing that he could sing in his mind complete lead guitar solos by the likes of Clapton, Zappa and Page, he thought that learning guitar might be a good thing. He was right and never looked back. Heikalo now plays all kinds of guitars, banjo, cittern, mandolin, drums, percussion, recorders and invented instruments. He has moer than 30 CDs available from his website http://www.volantemultimedia.com, which range from classically-influenced folk and world music to electroacoustic sonic mayhem and free improvisation. He does all his recording, mixing and mastering in his home studio and records other musicians, theatre and video soundtracks.

Not quite my own money, but I asked for it as a birthday present: The White Album, by the Beatles. That’s when I turned fourteen. I still have it.

Chartres, by violinist Paul Giger, on the ECM label. It is an astounding piece of work from an unclassifiable and remarkable player-composer. Giger has a command of the bow that ranks among the greatest on the planet, and he has a very unique style of playing that makes him sound like there are several violinists. And it is NOT a gadget. Pure and very deep music steeped simultaneously in the baroque tradition, indian music and the avant-garde.

The first “real” solo I learned was Death Don’t Have no Mercy, by Rev. Gary Davis, as played by Jorma Kaukonen on Hot Tuna’s first album. And yes, I still play it, but I made it my own, with variations, improvised sections, etc. Kaukonen is still an inspiration after 43 years, on both acoustic fingerstyle guitar and electric.

This is very hard to answer, as there are so many variables at play. I am very happy with my recording called The Art of the Prepared Guitar, because it is unique. It is in many ways indebted to my folk guitar playing and shows clear influences from various folk and ethnic traditions, but it is not popular with the folk music circles. It was also created over several years, and most of it was recorded in a very unusual way not taught in recording engineering schools: one line direct from the electric guitar output, and one ordinary microphone, a Shure SM57, lying on top of my desk pointed at the place on the strings where the objects that prepared the guitar were attached. And the master recorder was a cassette machine. I subsequently digitized and audio-restored the recordings, mastered it, and it gave me a CD that got excellent reviews and was praised for the high quality of the audio… Very interesting. Analog cassettes did it!


As for collaborations, I have to say that the six recordings of the Arthur Bull - Daniel Heikalo Duo hold a special place in my heart. We started playing together in 1995, free improvisation only, and have found a unique common voice. When we play together, something else happens that does not happen with anyone else. We both play differently than when we play solo or with others, but it is still very recognizably us. Free improvising guitar duos are rare, which makes this collaboration even more special. I play percussion on some pieces, cittern and recorders. Arthur also plays a mean harmonica on a couple of tracks.


5. What’s the difference between playing live and playing in a studio?

It depends on the circumstances. When I record duets with my friend Arthur Bull, we improvise in the studio, treating it as a live performance. When I record compositions, I often do composite takes. I also create electroacoustic pieces, which involve many hours of editing, programming and processing in the studio. I don’t do live electronics. In concert, I prefer the most minimal set-up, with as few microphones as possible. If the room is very live and small enough, I play unamplified. In concert, there are no retakes possible, and that informs my approach: mistakes are part of the deal! It’s live!

The atmosphere of the place comes first to mind. The acts that precede you can also be of importance. The onstage monitors if there are any. But strangely enough, I played a concert with Arthur Bull in Halifax, following a deafening and terrible group of fine but badly rehearsed musicians in a conceptually flawed performance. There was nowhere to hide from them: no green room or dressing room. We were totally distraught and unfocussed when we got onto the stage with ringing ears, but we felt that we played a very good and intense concert. We were happy and exhausted by our performance. What matters is that we felt good after.

A guitar that responds to my fingers, and does not hamper my technique qualifies as a good guitar, and it has nothing to do with brand, price, age, etc. I have felt good playing on instruments that would qualify as bad for many a player… If the sound make me feel like playing, it is a good guitar.


8. Do you play electric and acoustic? Do you approach the two differently?


I play both, and approach them in many different ways. It doesn’t matter. I trained on classical guitar, and play more often acoustic and classical, but I love playing electric. Whatever I learn on one informs what gets played on the others. I also play mandolin, cittern and banjo. There is much cross-pollinisation.

It really doesn’t matter what the instrument is.

10. Do you sound like yourself on other people’s guitars?

Same as preceding question. Yes, I do, but I’d like to add that often when playing someone else’s guitar, its qualities will make me play something new, different, composed or improvised. I like that. An endless source of inspiration in the multitude of sounds available.


11. Which living artist would you like to collaborate with?

Pipa players Liu Fang and Min Xiao Fen, Jin Hi Kim. I really love the new music informed by tradition that these artists create. There is also drummers Hamid Drake and Brian Blade, and the wonderful Slovakian singer and violinist Iva Bittova and Malcolm Goldstein, the astounding violinist and improvisation theorist based in Montreal. And finally, I’d love to play again with Fred Frith.

Derek Bailey comes first to mind. He taught us all so much. Lindsay Cooper, Peter Kowald. And there is the amazing Lhasa de Sela, who passed away two years ago. I would have loved to play back-up to her magnificent voice. There are so many.

I am not composing anything in particular, but I am preparing a series of workshops where I will demonstrate the influence of various musical traditions on western music, especially on my own oaying and approach to composition-improvisation. This will be for the general public and also practicing musicians. I will demonstrate techniques, modes, approaches to instrumental techniques and compositions that are not western in origin, and how they have affected my own musical life and that of other composers and performers. It is rather ambitious, but I am trying to make it non-dogmatic, non-academic, as a series of two concert-lectures. I will also play examples from recordings of other artists. It will be challenging and fun. It will happen in a wonderful music club in the town where I live, and we can all have a drink, a coffee and goodies at intermission. A relaxed setting where we can all be comfortable, and maybe learn a thing or two, and that includes me, definitely.


Creativity and art were a natural part of his upbringing. He wrote and drew throughout his teens and in the mid-'70s took part in the post-L'Infonie Montréal avant-garde music scene, co-founding the Ensemble de Musique Improvisée de Montréal. But as things were about to coalesce with the inception of Ambiances Magnétiques, Heïkalo relocated to Halifax, Nova Scotia, Canada, in 1982. There he perfected his guitar playing, taught flute, and dozens of other things. His first real break came in 1993, when his CD, Thoughts for My Father, received critical acclaim and was even nominated for an East Coast Music Award. He began to play more concerts and festivals, usually as a solo act. Around 1996 he started to collaborate with guitarist Arthur Bull and in 2000 the duo released Dérapages à Cordes on Ambiances Magnétiques. This album and an invitation to play at the 2001 Festival International de Musique Actuelle de Victoriaville gave Heïkalo his first international exposure. He also released two CDs on his home imprint Heïkalo Sound Productions during the same period : The Art of the Prepared Guitar, a set of solo performances from 1996-1999, and Endroits Inquiétants, a collection of electro-acoustic works. ~ 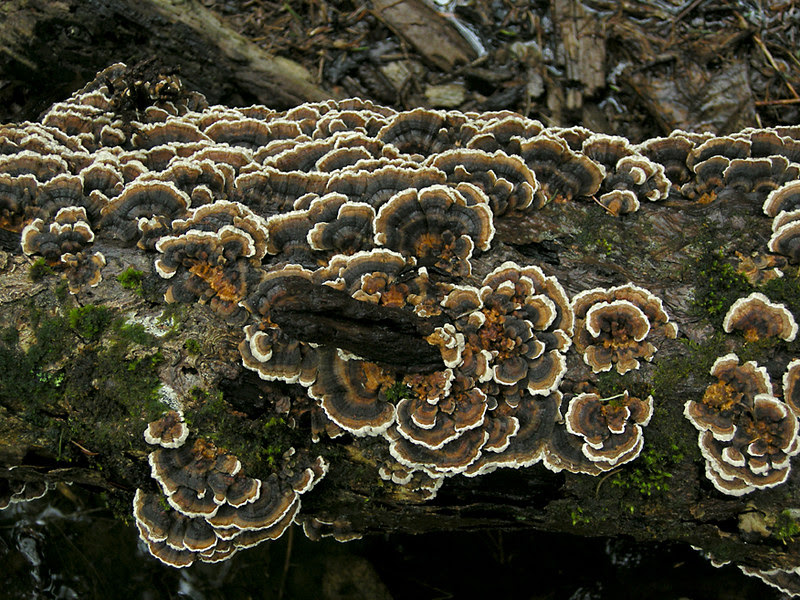