Guitarist Matthew Montfort of the world music group Ancient Future was inspired to create this modern raga based on the music of Jimi Hendrix after seeing a photo of Jimi Hendrix in the front row of an Indian music concert, in awe of the music. There is a version of it on Montfort's solo CD, 'Seven Serenades for Scalloped Fretboard Guitar.' Matthew Montfort performed this version of "Purple Raga" live at Ancient Future's 30th Anniversary Concert on a Godin Glissentar, an 11 string fretless guitar endorsed by Montfort. This first recording of Montfort performing on the Glissentar is available to subscribers to the Archive of Future Ancient Recordings: http://www.ancient-future.com/afar.html. The video and a lesson on applying the rules of raga to the music of Jimi Hendrix are also available on GuitarPlayer.Com. Matthew Montfort teaches online via Skype and other services: http://www.ancient-future.com/skype.html.

'Yearning for the Wind' is Ancient Future's first audio/video release in the band's 35 year history. It ﻿is a poignant piece based on Rag Kalyan, an evening raga that corresponds to the Lydian mode. ﻿A duet between scalloped fretboard guitar pioneer Matthew Montfort and Indian tabla virtuoso Vishal Nagar, who is considered one of the most gifted tabla players of his generation, 'Yearning for the Wind' is set in matta tal, a nine beat rhythmic cycle. 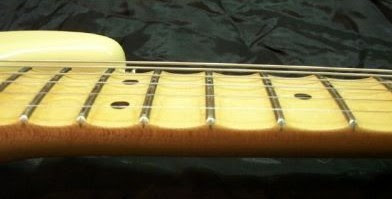 Matthew Montfort holds a B.A. in World Music and Composition and an M.A. in Arts and Media Technology from Antioch University. He has studied with the master musicians of many world music traditions, including sarangi master Ram Narayan, sarod master Ali Akbar Khan, mridangam master Guruvayoor Dorai, and gamelan director K.R.T. Wasitodipuro. He has recorded with legendary world music figures ranging from Bolivian panpipe master Gonzalo Vargas to tabla maestros Swapan Chaudhuri and Zakir Hussain. He has performed world wide, including the Festival Internacional de la Guitarra on the golden coast of Spain near Barcelona, the Mumbai Festival at the Gateway of India in Bombay, and the Music for People and Thingamajigs Festival in San Francisco, from which a segment of his performance was broadcast on the Rachel Maddow Show on MSNBC along with an interview about his work on fretless guitar.

Montfort wrote the book Ancient Traditions – Future Possibilities: Rhythmic Training Through the Traditions of Africa, Bali, and India, which has been used by many musicians to improve their rhythm skills. Matthew Montfort is on the faculty of the Blue Bear School of Music and the Zambaleta World Music and Dance School in San Francisco, where he teaches music theory, all styles of guitar as well as rhythm classes based on his book on the rhythmic traditions of Africa, Bali, and India. He also teaches at his studio in San Rafael, California.