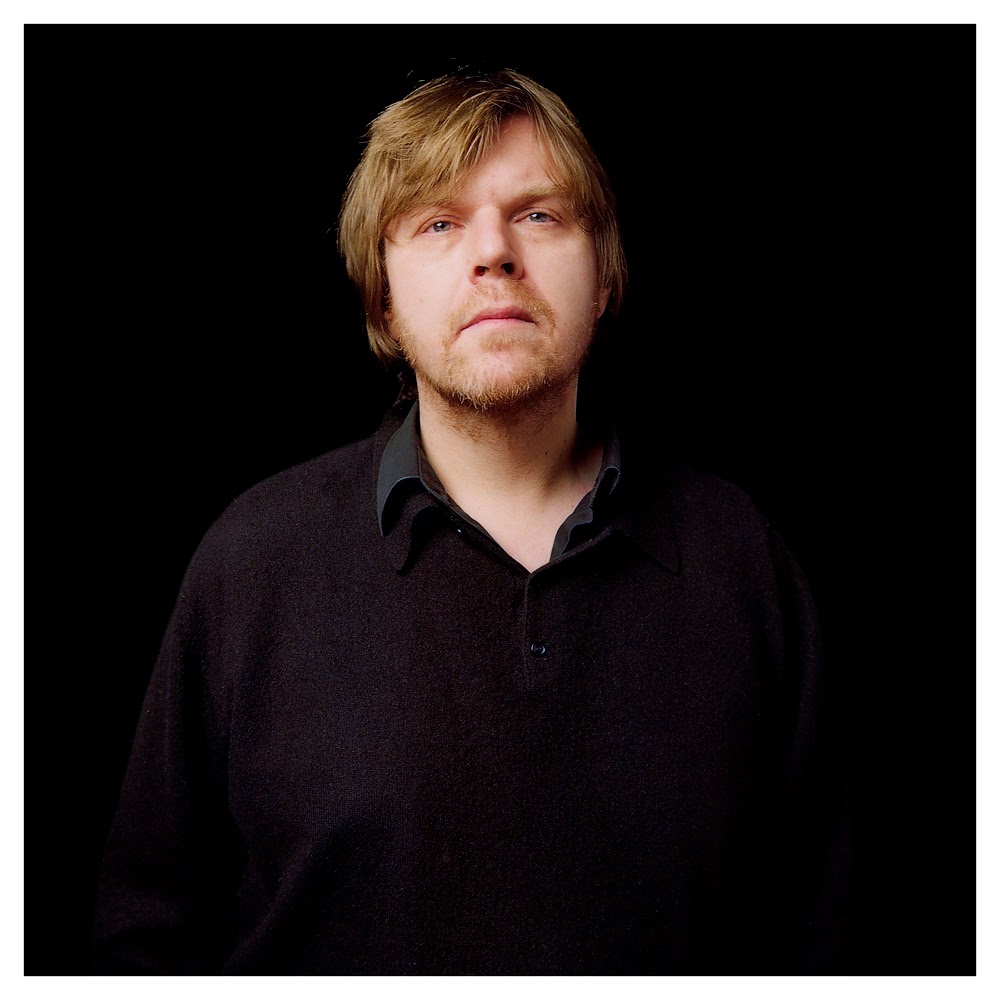 The French guitarist-improvisor Noel Akchote is a frighteningly competent and active person. He has recorded a lot of music in various styles, he writes about music in the Austrian magazine Skug, he is the owner of a record label, he produces many different groups and participates in various projects. Born in Paris, the 7th december 1968, he started guitar at the age of 8. Soon meeting and studying with artists such as Tal Farlow, Barney Wilen, Chet Baker, Philip Catherine, John Abercrombie. During the early 90's, he started to explore beyond jazz, also playing more experimental and improvised musics. 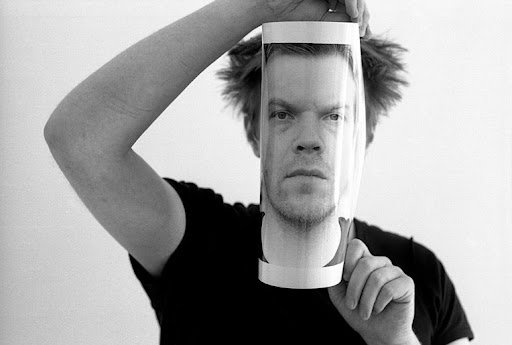 In 1996 he co founded with Quentin Rollet, the mostly Vinyl label Rectangle (all reissued as downloads in 2011). 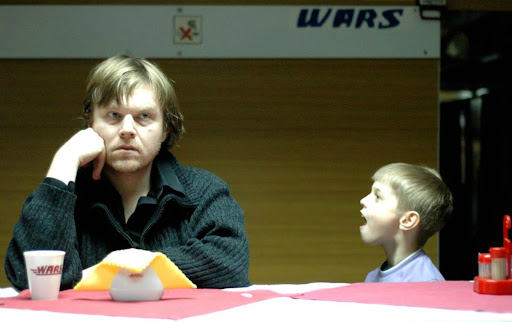 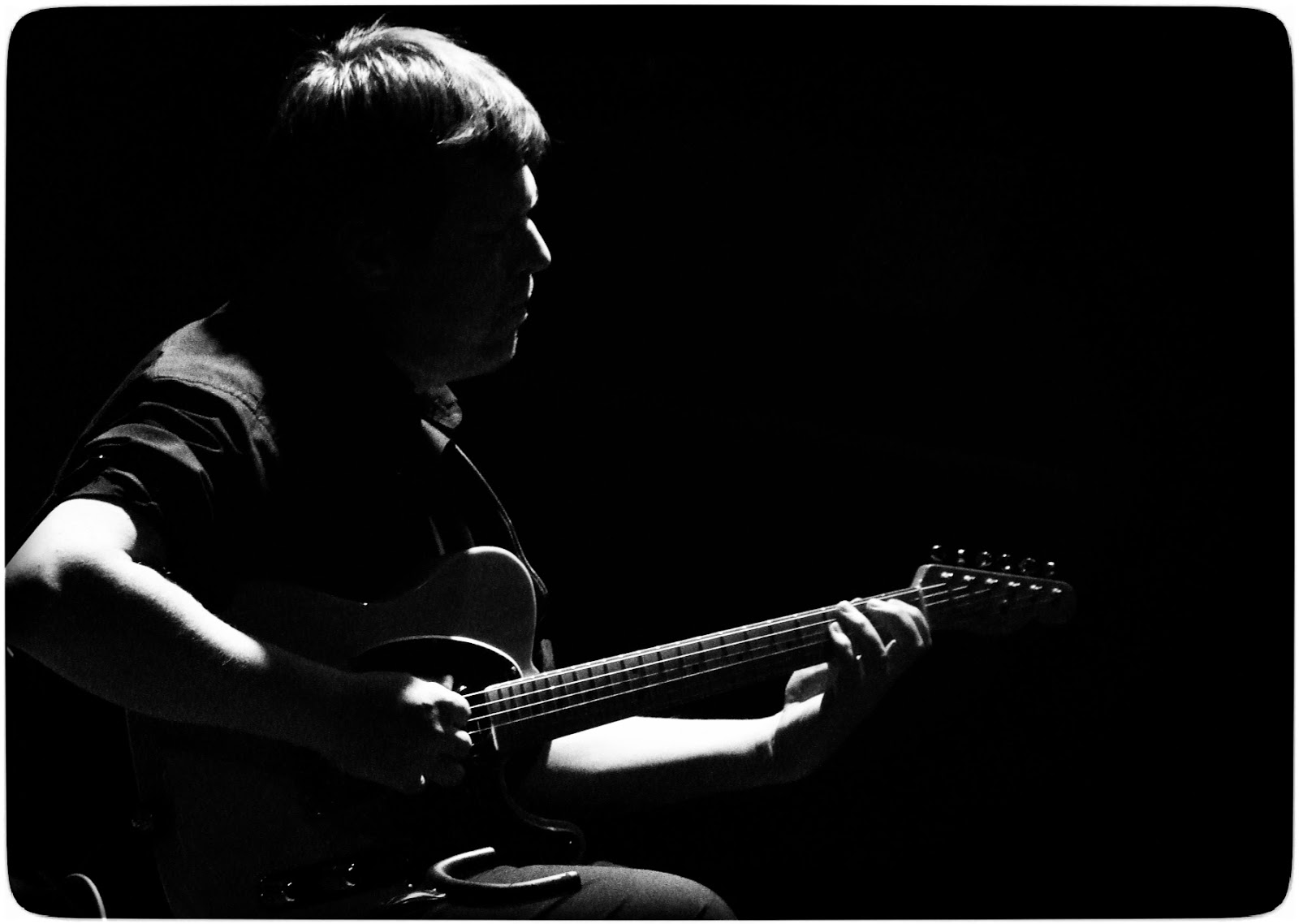 1. Which was the first and the last records you bought with your own money ?

I'm not 100% sure but it could have been either : Erroll Garner « Concert By The Sea », LP or Amii Stewart « Knock On Wood », Single (Or AC/DC, The Stones, Ray Brown or Johnny Guitart Watson, as a kid when in Belgrade was national label Yugoton, which licensed insane amount of stuff for very cheap, i use to buy there a lot, Blues, Jazz, Rock, Classical). Last: Chet Baker « Live at Le Dreher » Series now reissued on MP3, I took the three  volumes, i had them on Vinyl before.

2. If you could, what would you say to yourself 30 years ago, about your musical career?

That's an interesting question in fact. The very first thought that comes to mind is an experience i discovered I shared with David Sylvian pretty much the same. The day we left school because I was already far too advanced in music, not thinking about much else, I was 16, on a friday morning it came as an evidence that I had to leave and dedicate myself totally to guitar and music only. On that day, as i went out of the school knowing i will never probably get back ever in my life as a student I had that incredible feeling of mixed emotions and thoughts. One one side probably the strongest feeling of freedom that I ever had my whole life, on the other a certain fear of what future will be (I remember telling to myself that in the worst case I could end on the street, and then would try to join some groups like army or church or firemen or etc). The second part of your question concerns a “musical career” and this is something that I question a lot today since. I don't feel at all i'm doing a career, i do all i do because i really have to for my own self.

Then eventually i share it or let the door open to others to come share if they like but that's became almost accessory. Music for me will never really be a profession, there is one and I did it for long but since over 10 years, its just my life and i stepped out of most professional aspects. 30 years ago i thought it will be very hard for me to come anywhere near close to my heroes (Philip Catherine, René Thomas, John Abercrombie, Derek Bailey, Christian Escoudé, Pat Martino, Jim Hall, Bill Frisell, John Scofield etc). Today I have the same idols and the same questions when it comes for me to confront my actual playing to what I hear in them (and never actually stopped to listen since). I have a very basic way to measure in % in fact. Until I was 30 years old I felt always to be like 60-70% of that goal, today with 45 I feel i probably came 75-80% to it. But those very last 20% are the harder ones, but i work hard too. More generally as a kid i very early came across the society as something brutal and harsh, as human relations being based on all sorts of fights and confrontations that I had absolutely no link to, nor any desire to enter it. So i joined a sort of fairy world of guitars and jazz, and went so deep into it that i even met most of my heroes before I was 18. I started to invent my own world and life very long ago and i never ceased to live in it since, and I enjoy that so so so much, you know.


3. What was the first solo you learned from a record—and can you still play it?

My first teacher for jazz guitar specifically was named Jean-Claude André (he has one album on Futura Marge Label, because we asked Jimmy Gourley who didn't give lessons. André made me two K7 that i still have with one side René Thomas « Meeting », B side : Raney « in Paris » and the other one : Pat Martino « Live ! » and McLaughlin (Some Miles Live Filmore or so) – the very first solo i transcribed seriously was René Thomas « Meeting », then « Sunny » from Martino (I Still study these solos in fact today)


4. Which recording of your own are you most proud of, and why?

You mean a recording that I feel is close to what my idea of good is ? Difficult question in fact. Sometime (i listen to radio a lot) it happens that i hear myself and for a moment look for who is that, feeling i know this player … until i find out its me. There are various tracks on various records i feel momentarly proud or let's say coherent with, like this for the moment, Generally this questions opens another one for me which is how close you can get to what your goals are, and this takes very long. In Fact its only maybe 5 to 10 years i started to feel at ease with my playing, started to be able to just play as i hear it.

When recording i can go deeper and select what i want in my playing, Live i just play and get more surprised of what comes out of it. Generally i don't see an opposition because i reduced these bareers between the two, bringing home to stage and live to studio. I don't have any form of fetichism about Live in fact. And Studio is not a place to create but to fix.

Not much often in fact.... its a feeling, but factually when listening again to tapes you will find more similitudes than real gaps. Music is about Music, you can feel uneasy with a place, with other musician's personality or etc, and it won't affect you're playing. Its something i learned long ago that the romantic side of lives of artists has very little effect on your works. You can be down and produce shit or be up and good.

90% Me …. then objectively you know it, its same as for a car or any object, some are average, some twisted, some well aged and taken care. Besides the main specs (like Tele is not Les Paul etc) i tend to see not much difference today between instruments, because i produce the sound with finger mostly.

Not at all no, the same, except its not exactly same instruments technically but i play everything with the same approach. In fact i never plug or practice with an electric at home, since at least 30 years. I only work on Acoustic and when going live it just translates naturally. The same i never try gear or pedals before, i listen to them on web or else and buy eventually then when it comes i change battery and put it in bag, i can only see what it really does live, when in action.

I produce everything with Fingers and Body, to me there is no difference at all, except each instrument opens a slightly different field of possibilites (let's say a Martin D-28 doesn't play like an SG Jr., and i play with these differences too). I Come from Old Jazz schools, i started with an ES 175-D playing flat wound at least 0.15 Gauge High E String, up to 0.17 even at some stage until my arms started to go on fire and i had to learn smoother again (with age of like 17-18).

I Guess so yes, Its a very old question that takes us back to problems i have had 25 years ago about what is you and what's left of you when not your own gear. I also had this problem with other instruments, like when i heard Sonny Rollins or Don Cherry i felt Guitar will never be able to do that. When i was in Euro Jazz i had a moment where i felt Amps could really alter my playing depending on models you would get on stage or clubs. So I decided to work on that by stopping to ask any particular model on backline, and forced myself to find my sound on any amp including (especially) the ones i disliked the most (Roland Cube, Custom Valve Amps) I even played a Mesa Boogie Combo at some point (wouldn't today i think). Today its all clear it really needs some serious fucked up amp that i can't find myself on.

Honnestly I've been blessed, i probably can say I worked with all my heroes and much more already. If you had asked me the same questions 20 years ago i would have reply you : Miles Davis, Ornette Coleman.

Carlo Gesualdo, René Thomas, Johnny Guitar Watson, Jacques Gallot (Vieux Gallot), Thomas Bernhard, Freddie Green, Paul Motian, Rabelais, Raymond Roussel, Guillaume de Machaut, etc. rather 18 to 16th century and before dead people. I'd love to be able to go before Christ times (say – 352 or such) see how people played music (i'm sure pretty much the same as now but …). You could turn the question also as : what not born yet people i will maybe have the chance to play with sometime. I Generally see humanity as a long process of repetition, and in the eyes of History what is 3000 or even 6000 years ? Not much. You see this for example with China, they have time, they're on a different historical length, the same when you enter cities that have long practice of history and human behaviors, it tends to calm down people about the latest new hype shit (Krakow, Roma, etc).

All i do is a form of returning to where i started (as much for the beginner posture and student as for learning more and more of the same always). My latest project as much as each of them in their moment of coming to form and life are for me to judge where I am with it and where i want to go next. After 30 years of Music i can say today that I'm a guitarist, and not really need to attach any adjective to it before (this or that Guitarist, as people would say good in the genre).


We've used the '13 Questions' web interview series from Adam Levy as a new Guitar Proust Questionary. Many thanks to Mr. Adam for his kind permission.