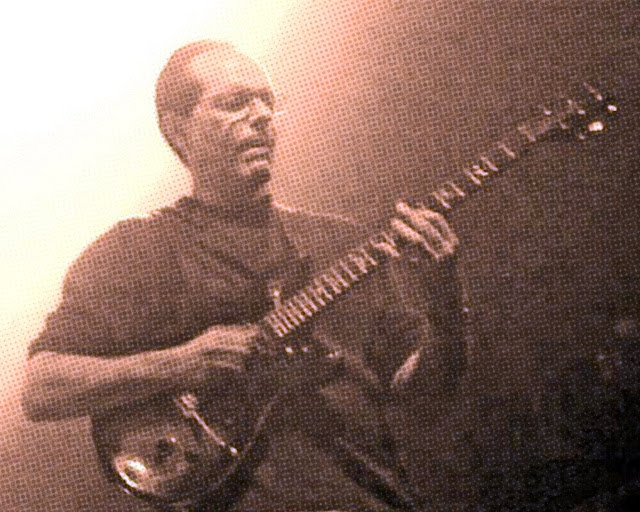 Giuseppe Frippi is a São Paulo (Brazil) based guitarist who is known for his work in the years 70/80´s. Recently has emerged with a brand new material, an album called “Desert Wind”, launched by Voiceprint. 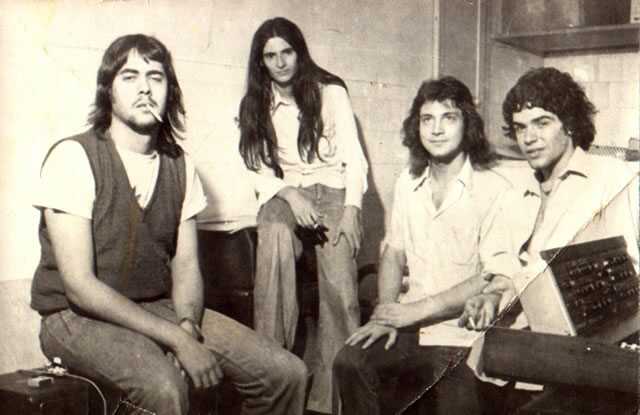 The first appearance of GF in the Brazilian musical scene was in 1975, at the age of seventeen, with a group called Quarteto Bizarro, one of the first Brazilian fusion bands at that time, which played in the underground circuit of São Paulo and concluded its activities in a memorable concert at the MASP theater (Art Museum of Sao Paulo), totally sold out. Quarteto Bizarro never registered its compositions (either in studio or live)

After some gigs, GF was invited by guitar player Miguel Barella and drummer Thomas Pappon to join the band Voluntarios da Patria. This band registered its first and unique work in 1984 and, even if the sound emerged from the studio hadn´t the same vibe of its live performances, it was very well received by critics. 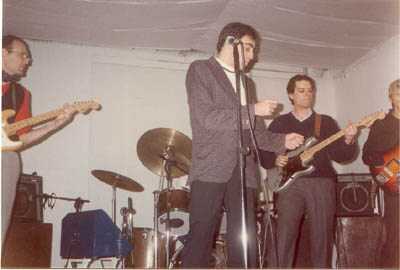 Voluntarios continued its sequence of gigs, including a famous participation in the TV program “Mixto Quente” of Rede Globo Channel. The band was acclaimed by specialized critics especially by its peculiar work of guitars and well synchronized rhythmic session, but never achieved the mainstream.


In 1986, GF was invited by Akira S to join his own group, Akira S e as garotas que erraram. The precedent year, GF had participated with that band to “Não São Paulo” a compilation of several new bands of the “Brazilian alternative rock scene”.

In 1987, Akira S e as garotas que erraram, with GF assuming the guitars, entered into the studio to record his first album. 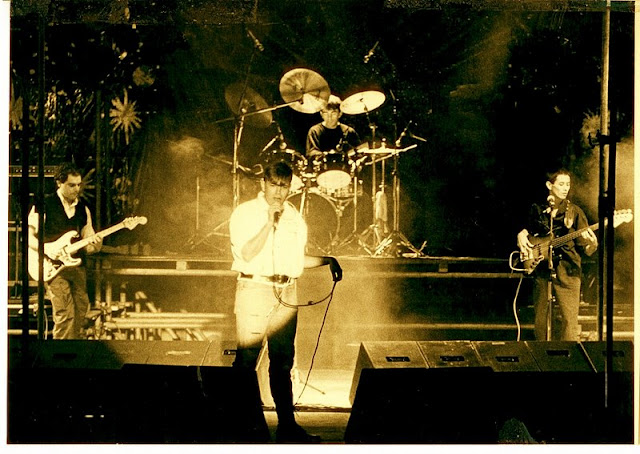 In 1989, GF participated in a course of the cycle “Guitar Craft”, organized by Robert Fripp.
After the end of Voluntarios da Patria, GF conceived with Miguel Barella a new work that was ideally the continuity of the well-spoken work of guitars of the former band. This time, this format was an instrumental work based in studio performance, and its name was “Álvos Móveis”.
The album was completed in 1991, but Brazilian economic crisis at that time resulted in abortion of the project of launching the album once it was finished.
At the end, it was launched some years later (1996) without a live tour or event, only as a registration of the completed work.

GF and Miguel Barella participated of some events as a duo, with a repertoire based on the album but adapted to this format.
In 2002 was launched the second and last album of this partnership, published by Voiceprint called Slow Link.

In the meanwhile, GF started to study with a very well-known and recognized Brazilian player, Michel Leme, improving jazz improvisation.

GF began to work in a solo album that had been completed only in 2010 called Desert Wind with the huge collaboration of the legendary John Parahyba (Trio Mocotó, Ivan Lins, Jorge Benjor, among others) and Celio Barros (one of the best double Bass players in Brazil). 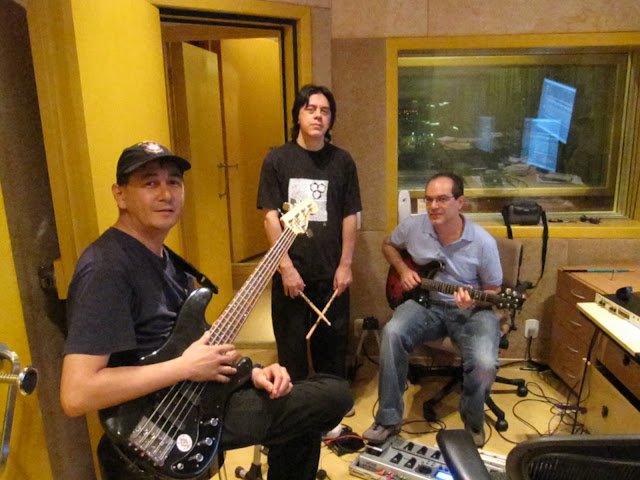 In the same year He worked also in a duo album with bass player Celio Barros, which has never been launched and with a new group called AFX (Akira S, GF, and Edson X). 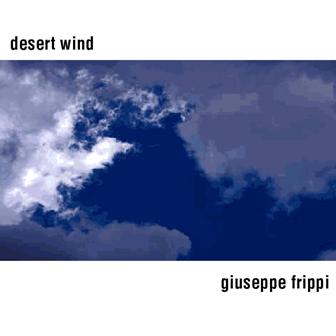 Well, I have a cousin (now he is a very well-known lawyer in Torino ) that played piano at a very high level when I was kid. He played a lot of classical stuff ...I was simply astonished with his skills...
But I decided to play electric guitar when I was eleven years old and I was living in Argentina (in the early seventies) and there was a very interesting blues & rock scene there ...(fantastic guitar players like Pappo, Claudio Gabis, Kubero Dias, Edelmiro Molinari were my heroes at that time…)
I was fascinated with blues improvisation...
And I think that since then I become essentially a Blues player, even if I don´t play blues at all...

The first I think it was In the court of the Crimson King ...It was a long time ago...
The last: Floratone by Bill Frisell
Coincidence or not, both (Frisell and Fripp) are among my very favorite guitar players…

I don´t have one... Generally my approach with the instrument is to try to build up some musical structure which will be the seed of a new piece.
Eventually I practice some scales, personal licks or some alternative techniques.
But I try not to exaggerate with scales in order to avoid using exercises instead of perception when I am soloing.
The scope when I practice is acquiring the essential technique to support my compositions and playing …
Nevertheless I am not seeking for virtuosity … I'm always trying to be above all personal and recognizable in my playing.

Without any doubt my last CD named Desert Wind (Voiceprint), my first solo album that I elaborate with the huge collaboration of drummer and percussionist João Parahyba and bass player Celio Barros: two gorgeous musicians.
Any way, I always think that the last work is the best one…. Because is the one in which you certainly have developed a little bit more your capacity of communication through the music.

Recently I have built up a YouTube channel in which I have uploaded my last compositions.
Together with my favorite pieces of the album Desert Wind.
I am counting for this project with the enormous collaboration of the Italian artist Michele Vannucchi (aka MKT), who has developed the videos behind the sound.

In my case, I have to maintain a certain technical level because of my musical concept (even if, it is worth repeating : I am far from looking for virtuosity…)
It is very frustrating when you are not able to play something that you have conceived by your own.
In general, I think we have to imagine the musical career as a projection, as well as any other kind of artistic expressions. I particularly think that in painting, for instance, before achieving a non-figurative phase you have to learn how to draw figures and then you can move to some different line.

Lucio Fontana did not start his career tearing the canvas; he studied a lot before this and the tearing of canvas was a result of years of reflection about art…..Yes, of course, anybody could technically tear a screen, but without having travelled before the road of transformation and reflection there isn´t any value in there. In this context, technique is an intrinsic element of the process.
Walking this transformation way, in my point of view, is the serious manner to approach art…

Once Mr. Robert Fripp said something very relevant about that, I do not remember exactly the words, but it was rather similar to : “When Music comes to you , you must be able to receive her..” and I do believe in that.

Because music is a link with high levels of spirituality and abstraction.
Not at all!!! In few moments of my life I´ve stopped to play for a while. That was psychologically devastating for me.


There are many works that I can mention as influence and that in certain way change my to approach music, I tried to listed some:

I think that I'm always looking for a mix between intuition and personality.
I can say instead of intuition, inspiration… but the result, I think, is almost the same.
As I can mention I like musicians that you could recognize in the very first notes, even by the tone or because of their phrasing in the instrument.
I can englobe in this group some well-known guitar players as: Robert Fripp, David Torn, Prasanna, Shaun Lane, Bill Frisell, John Scofield, Jeff Beck, Terje Rypdal, Eivind Aarset, Ralph Towner.

I think that a serious musician is never satisfied with his own production.
I have tried in the last few years to merge in a work various different genres:
Jazz, oriental music, some African music, psychedelic music, some techno music…
I think it's a very difficult thing to do, especially to put in the brew the exact dose of each ingredient in order to reach a consistent style.


In my opinion, the starting point, as a reference, could be certain incredible works that defined the soul of ECM records in the seventies. That was really revolutionary.
You could hear today those records and they are fresh, untouched by the course of time. This is the real meaning of timeless music.
I really love to drink from that source…

I am very proud indeed of my own music when I achieve, in one defined piece, the target I wanted to. When I reach this point, I can hear a certain piece ad infinitum.

That said, generally this is not an easy route. Sometimes I love some imperfections in my playing, and I can hear them with detachment, but most of the time I am very cruel with myself. I have to repeat and repeat the recording ad nauseam, until touching the adequate level…

I don´t think that certain techniques I use could be defined as extrange ones …
But I can described some:


1) Slide guitar: I started to study slide guitar using some bottlenecks in order to emulate certain inflections in Indian music called “sruties”…. I was achieving discrete results when I heard some native musicians which changed my mind in terms of how to do the right thing. In fact, they obtain the sound I was looked for only by sliding the fingers of the left hand through the neck without any specific device. Of course I started to research all the necessary material to develop this skill.

2) Loops: I generally use loops, mostly as ambient support, creating a cloud of sound on which I can create another kind of structure. My loops largely are not defined by a specific tempo or rhythm, they have to flow as a tamboura sound.

The main advantage in utilizing strings is that they are flexible objects and because of that you can mold the sound utilizing techniques like bending, sliding (with bottleneck or not), tremolo and so on.
This bring to you an incredible variety of alternatives when you are elaborating a phrase or something.

I don´t see any limitation on this … only possibilities …but, of course, you could say: piano has a wider range of sound that you cannot approach with your guitar…
OK , if necessary, we could always invite our favorite keyboard player to join our project…

I have many instruments that I bought along the years.
I can say that my main one is a PRS custom 24, 10 top, made in 1991.
It is a very powerful instrument, very versatile indeed.
I have also other interesting tools like:


* Ibanez GB 10 and Ibanez AF 105, for jazzy sound
* Gibson Lucille and Dusemberd StarplayTV , other interesting semiacoustic sounds
* A Gibson SG Special with P90 and bigsby bridge (mostly for rhythm stuff) made in 1974
* A 1979 Fender Stratocaster 25th anniversary
* A master electric sitar (copy of the “coral guitar sitar” of the sixties ) made by luthier Jerry Jones
* An old Roland G 202 with the GR 300 Synth

I generally use a Mesa Boogie DC 3 as amplifier (or a Peavy bandit) and a bunch of pedals and devices, among them, I can point out an old Oberheim Echoplex and a BOSS RC 50 for looping porposes, a Digitech Wammy pedal and some Electro Harmonix stuff (super Ego, C9…)
Recently I Bought a Mini-nova Novation Synth that I am utilizing for triggering phrase sequences. 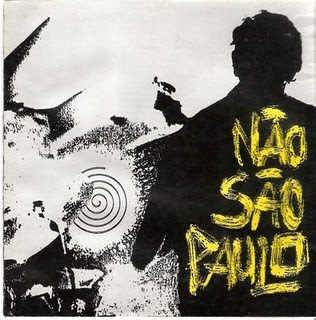 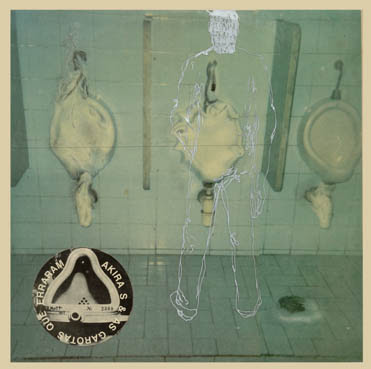 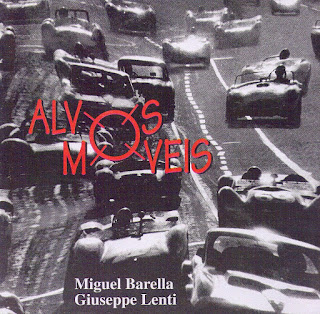 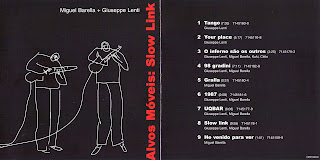 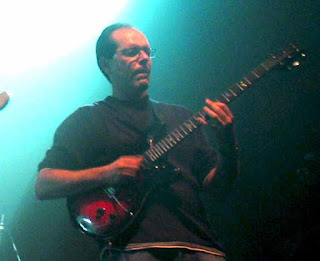 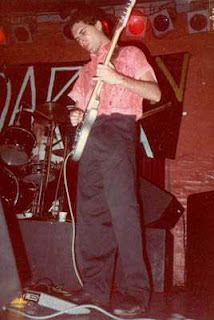