Metonymy as a creative structural principle in the work of J.H. Prynne, Derek Bailey and Helmut Lachenmann with a creative component. 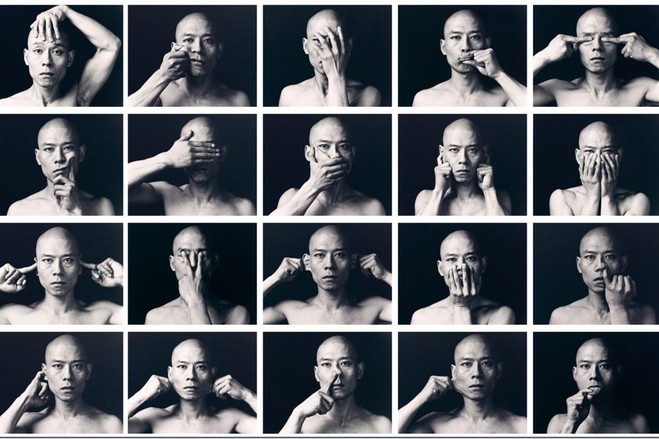 This thesis takes the linguistic concept of metonymy and examines its potential as a creative structural principle both in poetry and in music.  I explore the role of metonymy in the work of the poet J.H. Prynne, the improvising guitarist Derek Bailey, and the composer Helmut Lachenmann.

I have also deployed some of the ideas arising from this exploration in a modular composition for improvisers entitled Representations, recordings of which accompany this thesis. My argument is that metonymy provides a means by which a work of poetry or of music can be highly sensitive to the world which it inhabits, but can do so by itself being an inextricably linked part of this world, rather than an attempt to reproduce or represent it, or to simply pass judgement from the sidelines.

In my introduction I outline the literary theory of metonymy. I discuss the way that metonymy encompasses relationships both of contiguity and causality, and make the case that the many limitations inherent in metonymy (which have often led to its being perceived as inferior to metaphor) can in fact be seen as advantanges, because of the way that they can bind the work of art to the real. I briefly discuss some previous applications of metonymy to music, and outline an understanding of musical metonymy based on linear dissimilarity, historical and social contiguity, the origins and agency behind particular sounds, and an occlusion of the structural middleground. The first chapter discusses the work of J.H. Prynne.

I argue that a use of metonymy as a productive constraint is illuminated by a philosophical position according to which the world is known to be real because of the resistances it presents to the actualisation of our desires. I discuss the role of metonymy in the development of Prynne’s poetic oeuvre, before illustrating my argument with a detailed analysis of the 2001 sequence Unanswering Rational Shore. In the second chapter I turn to the work of Derek Bailey. Drawing heavily on unpublished items from the Incus archive, I demonstrate the meticulous way in which Bailey constructed his improvisational vocabulary, and the senses in which that vocabulary and its deployment could be characterised as metonymic. I explore the influence on Bailey of Stockhausen, Beckett and Musil, and show how form and material in his work are inextricably entwined.

The third chapter examines the work of Helmut Lachenmann and in particular the 1992 composition „... zwei Gefühle ...“, Musik mit Leonardo. I examine the role of the listener and the productive activity that metonymic structures require of them. I focus on Lachenmann’s deployment both of actual and pseudo-causality in his music, as well as his use of historical reference in an indexical fashion. In my fourth chapter I present my composition for improvisers, Representations. I discuss its mechanics, development, and influences, and I set forth its relationship to the concepts of musical metonymy I have elucidated in the body of this thesis, under the headings of “arbitration”, similarity, referentiality and the relationship between material and the middleground. In a short concluding chapter I take another angle on the links between the themes of this thesis by discussing the role of rubbish in the work of Prynne, Bailey and Lachenmann, and its apparently paradoxical relationship with a certain concept of purity. This allows me to conclude by considering the relationship of metonymic structures to a conception of truth which, I believe, has a certain urgency in the contemporary artistic climate.

Dominic Lash is a freely improvising double bassist, although his activities also range much more widely and include playing bass guitar and other instruments; both writing and performing composed music; and writing about music and various other subjects.

He has performed with musicians such as Tony Conrad (in duo and quartet formations), Joe Morris (trio and quartet), Evan Parker (duo, quartet and large ensemble) and the late Steve Reid. His main projects include The Dominic Lash Quartet, The Set Ensemble (an experimental music group focused on the work of the Wandelweiser collective) and The Convergence Quartet.

Based in Bristol, Lash has performed in the UK, Austria, Finland, France, Germany, the Netherlands, Norway, Spain, Switzerland, Turkey and USA. For nearly a decade he was based in Oxford and played a central role in the activities of Oxford Improvisers; much of 2011 was spent living in Manhattan. In 2013 & 2014 he is taking part in Take Five, the professional development programme administered by Serious.

His work has been broadcast on a number of radio stations, including BBC Radios 1 and 3 and Germany's SWR2, and released on labels including Another Timbre, b-boim, Bead, Cathnor, Clean Feed, Compost and Height, Emanem, Erstwhile, FMR, Foghorn, Leo and NoBusiness.

Since moving to Bristol he has been involved in organising concerts under the banners of Bang the Bore and Insignificant Variation. A new venture is the monthly series happening every second Wednesday at the Arnolfini entitled Several 2nds. Events include performances, workshops, film screenings and discussions.