Among many others he had played with:

Which was the first instrument do you remember?

The first instrument I remember is my mother's voice singing English nursery rhymes and Danish children's songs. A few years later at the age of 6 flutes were important. I used to make a lot of flutes myself in the spring time from fresh twigs of the willow trees. And then violin, and then guitar (I did not make them from fresh willow twigs).

I do not necessarily love the guitar. The guitar is part of me. So sometimes it fulfills me and sometimes it seems far away and strange. If the question is why I chose the guitar, I can answer that it was the only real instrument for me as a boy.

My uncle played played guitar and sang American songs. and I wanted to do just that. Music is so much, so trying to discover yourself and life, you discover many more or less strange kinds of music. And they all become part of you.

And the guitar is home. I love sitting or standing with the instrument, or walking around in the woods or where­ever playing, losing myself. Practicing is for my a necessary time of meditation. I am usually not very structured but let the instrument and the fingers take the lead.

There are actually many of my recorded tunes that I am proud of. Maybe I am proud of certain compositions or ideas. My playing does not make me proud. Sometimes I like it. Most often I recognize it.
See, nobody plays the music I "hear", the music that express what I want to hear, so I have to do that, and do it the best that I can. It does not always come out as I thought or hoped, but it always makes me discover new things, about music itself, new thoughts.
So proud? how be proud? Music just is, like willow twigs. It is nothing and it is all.

Tell me something you need from music?

I like going to exhibitions of contemporary art, I find that very inspiring. Actually it is not always inspiring. I like to see personal works. As soon as an institutional feeling starts to take over, as soon as I see more style than expression, I loose the interest.

One of Murphy's laws state: " as soon as you raise a building for an idea, the idea is dead." It seems to me that museums of contemporary art are the temples of our time: Big empty spaces built by price winning architects, temples that worship not an exterior idea or power, but worships man itself and man's creations. Very often these creations are completely insignificant made by artists and commisionairies that master and fulfil a kind of business. And these works of art need long incomprehensible texts, that just like during the catholic heyday have a preference for latin words.

As you see, I get very inspired by contemporary art. The old stuff like Picasso and Raphael and such can be enjoyable too. Books also; I enjoy reading. Sometimes great litterature like Tony Morrison or Truman Capote or philosophic writings by Hannah Arendt or Villy Sørensen. I also enjoy reading pulp fiction say the Hunger Games or Ex Heroes or what not. I like to read.

Theatre has never interested me. Once in a while I try, and sometimes I enjoy it, but mostly, I just want to get out of there as soon as possible. I enjoy Cinema and I am for many reasons a big fan of Lars Von Trier (and Almodovar, Kaurismaki, Loach, Vinterberg...), I like the humour and humanity they use while treating heavy subjects.

I like the lightness, I can't stand when artists of any kind take themselves too seriously, when they try to be deep by treating heavy subjects seriously, carrying signs saying ”Respect, please. History is being made here.” I am a big fan of Broadway, of treating heavy subjects in a light way, and then performing as well as possible. Hey, these people can dance, sing and act on a very high level! And they get paid next to nothing.
And I love dancing and watching dance performances ­ and other kinds of performances.

So what is my relation to these arts?
I think that they are all different fields of expression, and that the arts can inspire each other mutually on an abstract level. Music is the art of listening to sounds, and this takes up a special place in the mind. Words take up a different space as again does painting or litterature. I do not believe in mixing the arts. In doing so new forms of art are created, which is good, but for my taste, I prefer Wagner when nobody is singing.
This is not quite true: actually I love all kinds of transgression: Transgression is the true area of living imagination. What I do not like is when one artform is evoked in order to make another artform more noble. (Long words and concepts at an exibiton, Music presented as theatre or history or philosophy). These concepts usually reduce more than they create.

The pick, I guess (danes: don't laugh!). I do not feel real without a fresh violet 2mm Dunlop pick between my right thumb and index.

When I was 19, I worked some months as a workman for a carpenter.
One day I had to make some squares that were to be placed around some lamps in the ceiling.
During the work I ask the chief how precise I should be with the corners and cutting. He just said:


” You should always do your best”. That is a piece of advice I try to follow.

Everyone is different. It is difficult to think of some special quality that is universally positive.
Some are flashy and superficial, others are deep and to the point, some are great showpeople, others are rather grey and discreet. Some are great virtuosos, others just know use the basics, some are conservative and reproducing, others are break all rules and try everthing...What matters is
only whether they are able to get their music across.

What led you to the improvisation?

First of all, from the moment I started playing jazz music and the guitar at the age of 13, improvisation was a central occupation. Later on I studied composition with Bent Sørensen, and I thought: "hey, I am a jazz musician, so I have to be able to improvise this music". So I started to incorporate the language of socalled contemporary music, trying to sound like Ligeti, Penderecki, Stockhausen, Nørgaard.. which is a direct way to the language of free improvised music. Later concerns are more on sound and production ­ being in the moment ­ than the actual choice of technique on the instrument. I believe that you can improvise with any element of music. Improvising is working in a certain state of mind.

Oh, there are so many. You can't say "booh!" to your great great grandfather, that's one of the sad things of life. Of the living, I would love to tour with Paul Simon and I would love to improvise with Paul Lovens...
I would have loved to have met and played with my great grand father. Otherwise there are many people that I would have loved to hear in concert: Duke Ellington, Wes Montgomery, John Coltrane, Charlie Parker, Louis Armstrong, Jo Jones, Fats Waller, Scott Joplin, Huddie Leadbetter, Bach, Beethoven, Mozart … all these great musicians form before recorning was possible. What did an opera sound like in the age of Verdi? And music in ancient Athens. I am really glad to have been born in the age of recorded music.

A good guitar has a lot of depth in the sound, thus giving you a huge scope of possibilities.
With a poor guitar you have to fight even to get the basics of sound across.
This is true for amps and effects as well. This does not mean that I am looking for a particular sound. Each instrument – and amp – has it's specific sound, what is important is that it is flexible and can be used with a lot of nuances.

It is probably the introduction to Octopusses garden, and I can probably play it still. I have transcribed a lot of solos but I can't play any of them now.

My next project is about love and murder. It is drama and conciliation. Suspense.

I have many ideas and projects on the table. Too Many.
These days I am releasing my singer­songwriter CD: THE MAN THEY CALL ASS Sings Until
Everything is Sold. I have been working on this beauty for almost ten years, so it is about the time
to release it. Also I am working on a song cycle called THE LANGSTON PROJECT with American/ Danish singer Debbie Cameron, Dutch bassist Luc Ex and English drummer Mark Sanders. It is songs
based on poems by Langston Hughes mostly written by me, some by Luc and a couple we wrote
together. Das Kapital will release KIND OF RED in january. That is really a great CD with our own
compositions. There is a duo with Hélène Labarrière based on popular songs played instrumentally, a duo with Peter Corser around circular breathing. This is a very ambitious project and I is great fun working
with his compositions – and making some of my own. and let's not forget the duo with guitarist Richard Bonnet. we just released a duo CD on Futura and Marge records COLORS IN WATER AND STEEL. It has a lot of preparations and effects and sacred improvising.

2013
We Are All Americans - Das Kapital Records 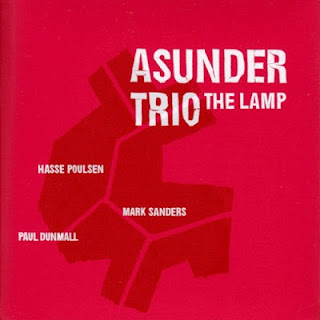 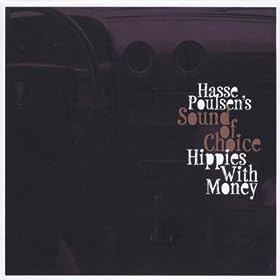 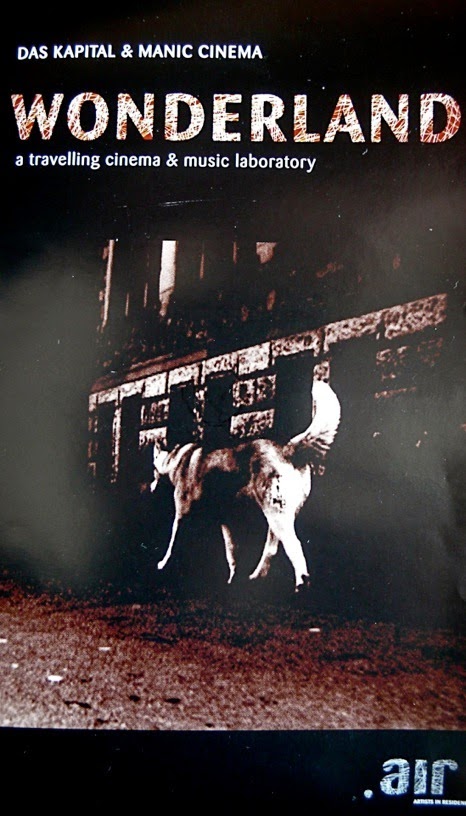 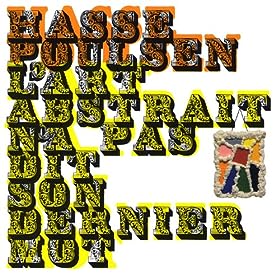 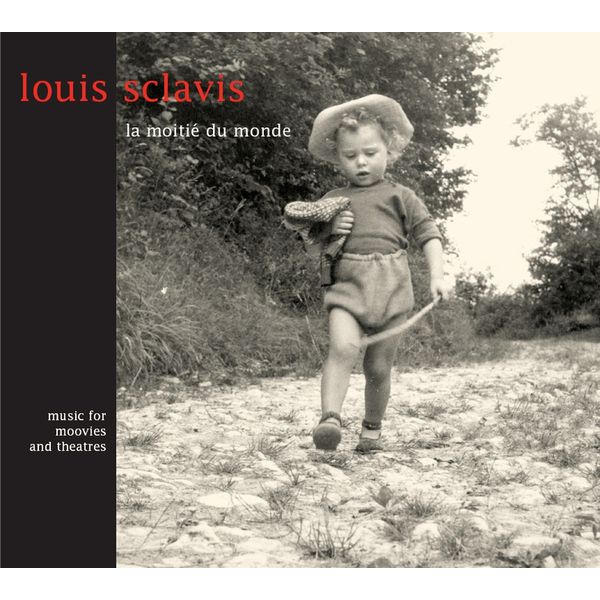 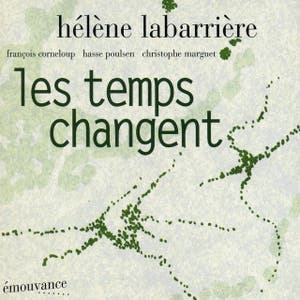 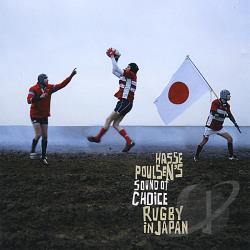 Søegaard/Poulsen And we also caught a Fish - Leo records 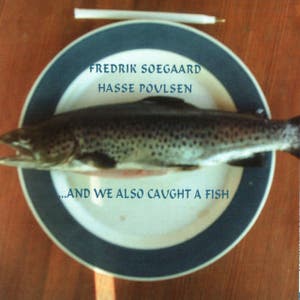 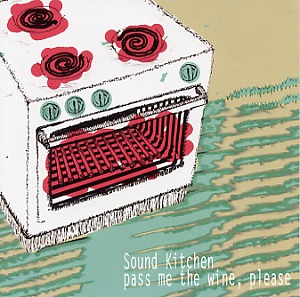 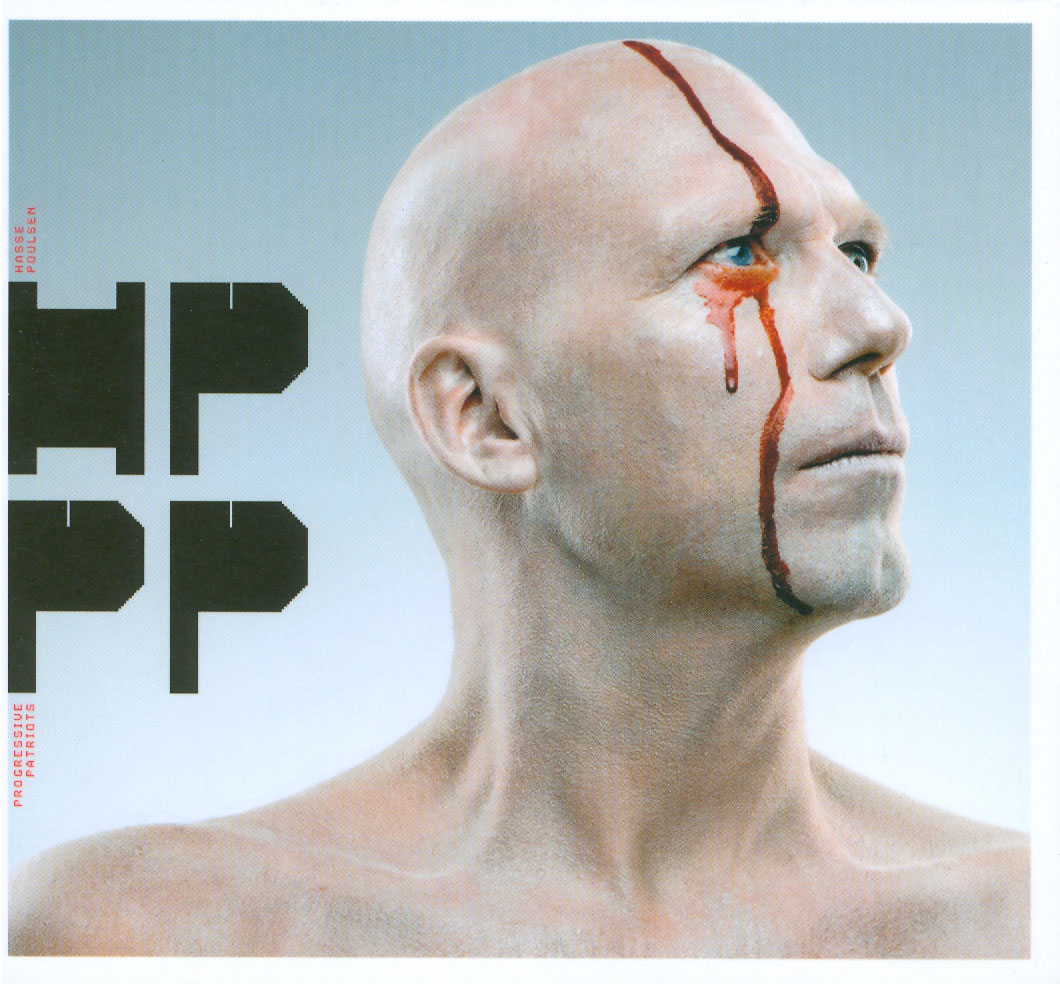