Edgard Varese: The Idol of My Youth By Frank Zappa 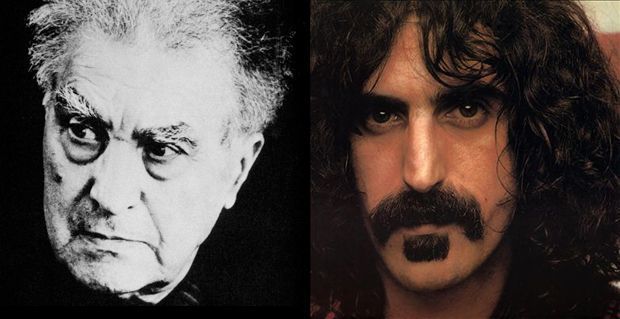 I have been asked to write about Edgard Varese. I am in no way qualified to. I can't even pronounce his name right. The only reason I have agreed to is because I love his music very much, and if by some chance this article can influence more people to hear his works, it will have been worthwhile.

I was about thirteen when I read an article in Look about Sam Goody's Record Store in New York. My memory is not too clear on the details, but I recall it was praising the store's exceptional record merchandising ability. One example of brilliant salesmanship described how, through some mysterious trickery, the store actually managed to sell an album called "Ionization" (the real name of the album was "The Complete Works of Edgard Varese, Volume One"). The article described the record as a weird jumble of drums and other unpleasant sounds.

I dashed off to my local record store and asked for it. Nobody ever heard of it. I told the guy in the store what it was like. He turned away, repulsed, and mum- bled solemnly, "I probably wouldn't stock it anyway... nobody here in San Diego would buy it." 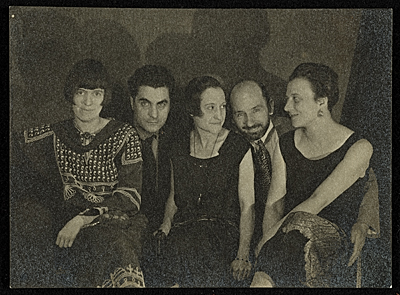 I didn't give up. I was so hot to get that record I couldn't even believe it. In those days I was a rhythm- and-blues fanatic. I saved any money I could get (some- times as much as $2 a week) so that every Friday and Saturday I could rummage through piles of old records at the juke Box Used Record Dump (or whatever they called it) in the Maryland Hotel or the dusty corners of little record stores where they'd keep the crappy records nobody wanted to buy.

One day I was passing a hi-fi store in La Mesa. A little sign in the window announced a sale on 45's. After shuffling through their singles rack and finding a couple of Joe Houston records, I walked toward the cash register. On my way, I happened to glance into the LP bin. Sitting in the front, just a little bent at the corners, was a strange-looking black-and-white album cover. On it there was a picture of a man with gray frizzy hair. He looked like a mad scientist. I thought it was great that somebody had finally made a record of a mad scientist. I picked it up. I nearly (this is true, ladies and gentlemen) peed in my pants . . . THERE IT WAS! EMS 401, The Complete Works of Edgard Varese Volume I . . . Integrales, Density 21.5, Ionization, Octandre . . . Rene Le Roy, the N. Y. Wind Ensemble, the Juilliard Percussion Orchestra, Frederic Waidman Conducting... liner notes by Sidney Finkelstein! WOW!

[Ionisation] is built on a most sensitive handling and contrast of different kinds of percussive sounds. There are those indefinite in pitch, like the bass drum, snare drum, wood blocks, and cymbals; those of relatively definite musical pitch, such as the piano and chimes; those of continually moving pitch, like the sirens and 'lion's roar.' It is an example of 'spatial construction,' building up to a great complexity of interlocking 'planes' of rhythm and timbre, and then relaxing the tension with the slowing of rhythm, the entrance of the chimes, and the enlargement of the 'silences' between sounds. There are suggestions of the characteristic sounds of modern city life. 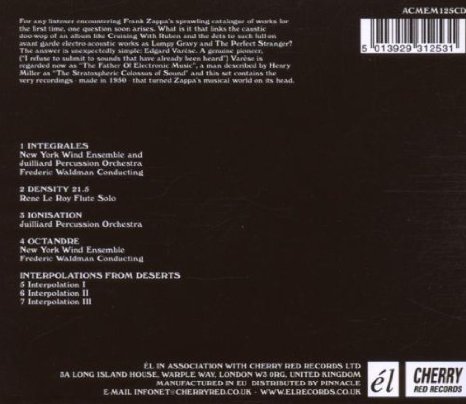 I ran over to the singles box and stuffed the Joe Houston records back in it. I fumbled around in my pocket to see how much money I had (about $3.80). 1 knew I had to have a lot of money to buy an album. Only old people had enough money to buy albums. I'd never bought an album before. I sneaked over to the guy at the cash register and asked him how much EMS 401 cost. "That gray one in the box? $5.95 - " 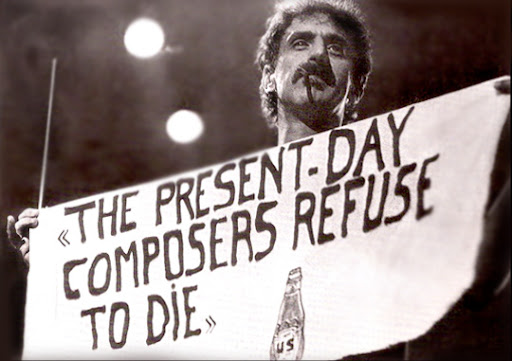 "The present day composers refuse to die. They have realised the necessity of banding together and fighting for the right of each individual to secure a fair and free presentation of his work" Edgard Victor Achille Charles Varèse


I had searched for that album for over a year, and now . . . disaster. I told the guy I only had $3.80. He scratched his neck. "We use that record to demonstrate the hi-fi's with, but nobody ever buys one when we use it . . . you can have it for $3.80 if you want it that bad. "
I couldn't imagine what he meant by "demonstrating hi-fi's with it." I'd never heard a hi-fi. I only knew that old people bought them. I had a genuine lo-fi . . . it was a little box about 4 inches deep with imitation wrought-iron legs at each corner (sort of brass-plated) which elevated it from the table top because the speaker was in the bottom. My mother kept it near the ironing board. She used to listen to a 78 of The Little Shoemaker on it. I took off the 78 of The Little Shoemaker and, carefully moving the speed lever to 33 1/3 (it had never been there before), turned the volume all the way up and placed the all-purpose Osmium-tip needle in the lead-in spiral to Ionization. I have a nice Catholic mother who likes Roller Derby. Edgard Varese does not get her off, even to this very day. I was forbidden to play that record in the living room ever again.

In order to listen to The Album, I had to stay in my room. I would sit there every night and play it two or three times and read the liner notes over and over. I didn't understand them at all. I didn't know what timbre was. I never heard of polyphony. I just liked the music because it sounded good to me. I would force anybody who came over to listen to it. (I had heard someplace that in radio stations the guys would make chalk marks on records so they could find an exact spot, so I did the same thing to EMS 401 . . . marked all the hot items so my friends wouldn't get bored in the quiet parts.)
I went to the library and tried to find a book about Mr. Varese. There wasn't any. The librarian told me he probably wasn't a Major Composer. She suggested I look in books about new or unpopular composers. I found a book that had a little blurb in it (with a picture of Mr. Varese as a young man, staring into the camera very seriously) saying that he would be just as happy growing grapes as being a composer. On my fifteenth birthday my mother said she'd give me $5. 1 told her I would rather make a long-distance phone call. I figured Mr. Varese lived in New York because the record was made in New York (and be- cause he was so weird, he would live in Greenwich Village). I got New York Information, and sure enough, he was in the phone book. His wife answered. She was very nice and told me he was in Europe and to call back in a few weeks. I did. I don't remember what I said to him exactly, but it was something like: "I really dig your music." He told me he was working on a new piece called Deserts. This thrilled me quite a bit since I was living in Lancaster, California then. When you're fifteen and living in the Mojave Desert and find out that the world's greatest composer, somewhere in a secret Greenwich Village laboratory, is working on a song about your "home town" you can get pretty excited. It seemed a great tragedy that nobody in-Palmdale or Rosamond would care if they ever heard it.

I still think Deserts is about Lancaster, even if the liner notes on the Columbia LP say it's something more philosophical.
All through high school I searched for information about Varese and his music. One of the most exciting discoveries was in the school library in Lancaster. I found an orchestration book that had score examples in the back, and included was an excerpt from Offrandes with a lot of harp notes (and you know how groovy harp notes look). I remember fetishing the book for several weeks. 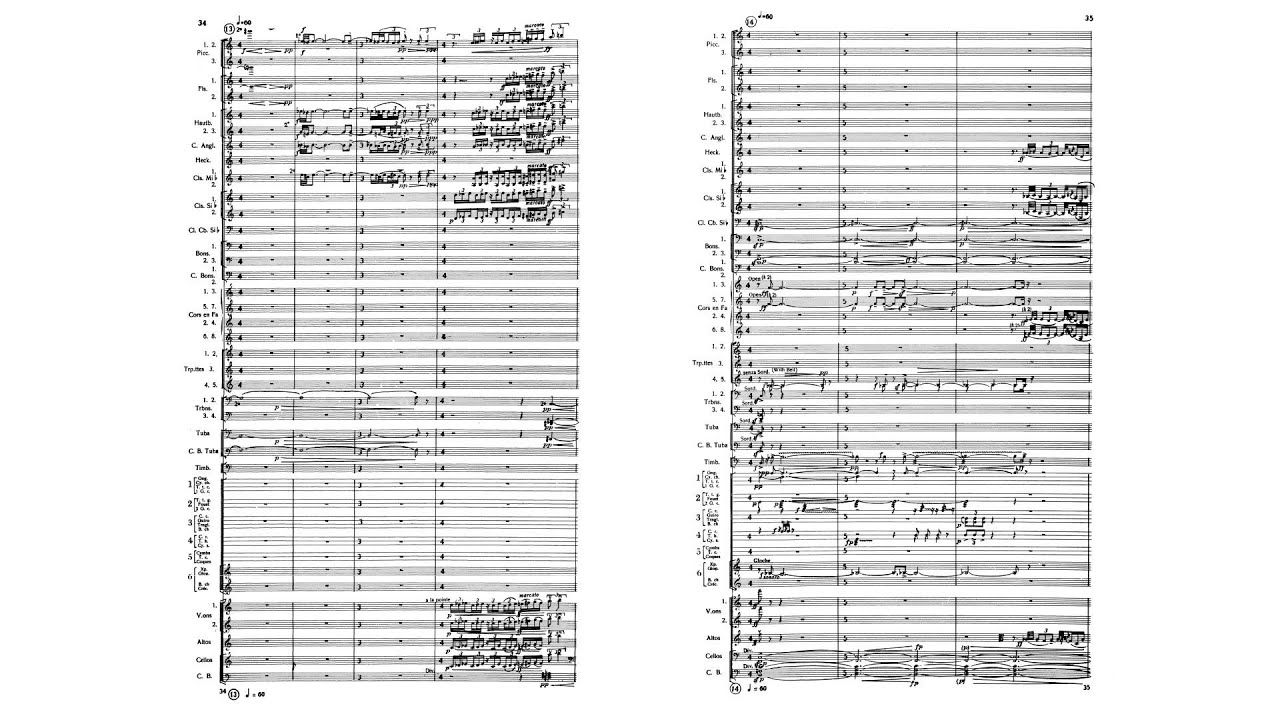 When I was eighteen I got a chance to go to the East Coast to visit my Aunt Mary in Baltimore. I had been composing for about four years then but had not heard any of it played. Aunt Mary was going to introduce me to some friend of hers (an Italian gentleman) who was connected with the symphony there. I had planned on making a side trip to mysterious Greenwich Village. 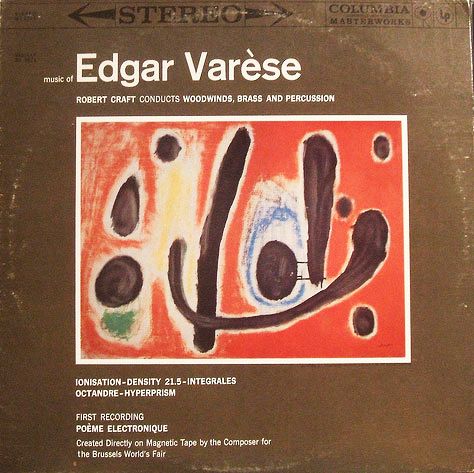 VII 12th/57
Dear Mr. Zappa
I am sorry not to be able to grant your request. I am leaving
for Europe next week and will be gone until next spring. I am
hoping however to see you on my return. With best wishes.
Sincerely
Edgard Varese

I never got to meet Mr. Varese. But I kept looking for records of his music. When he got to be about eighty I guess a few companies gave in and recorded some of his stuff. Sort of a gesture, I imagine. I always wondered who bought them besides me. It was about seven years from the time I first heard his music till I met someone else who even knew he existed. That person was a film student at USC. He had the Columbia LP with Poeme Electronique on it. He thought it would make groovy sound effects.

I can't give you any structural insights or academic suppositions about how his music works or why I think it sounds so good. His music is completely unique. If you haven't heard it yet, go hear it. If you've already heard it and think it might make groovy sound effects, listen again.

Also, there is a biography by Fernand Oulette, and miniature scores are available for most of his works, published by G. Ricordi. 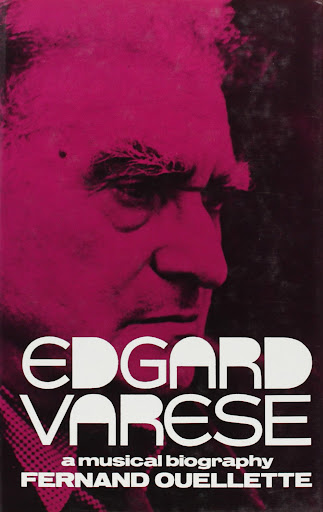 The first record Zappa bought, by the way, was The Complete Works of Edgard Varèse, Vol. I (EMS 401). And if Zappa played the Stravinsky as much as he played the Varèse, this disc got a lot of attention. (By one account, Zappa claimed to have listened to The Rite of Spring more than “any man in the world”!
andre mount researchblog 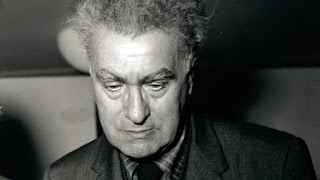