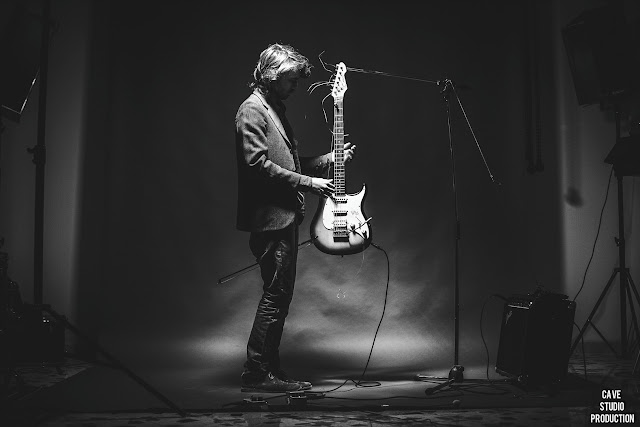 He has developed studies in painting, decorative building and also in the food sector. Now he studied and worked in the field of experimental music and new media technologies associated with the concepts of disorder and malfunction.

Right now he's working in three musical projects:
Displasia deals with radical and experimental research improvisation , along with Francesco Calandrino. He published a cd-r "mnnu rvrsu"  for deutsch label Attenuation circuit.
Midnight at Four is an audio-visual project: a trio ranging from ambient to electronics, from noise to techno. Contrudting with low volumes, distortion and reverb, they have released an amazing
first EP.

Giuseppe work in a border between the visual and the sonic virtual, making bridges, interactions and collaboration between musicians "limb form of dimension tomorrow". First ones of this initiative are Paolo Sanna and Marco Lucchi. He has collaborated with the experimental rock group Italian von neumann. 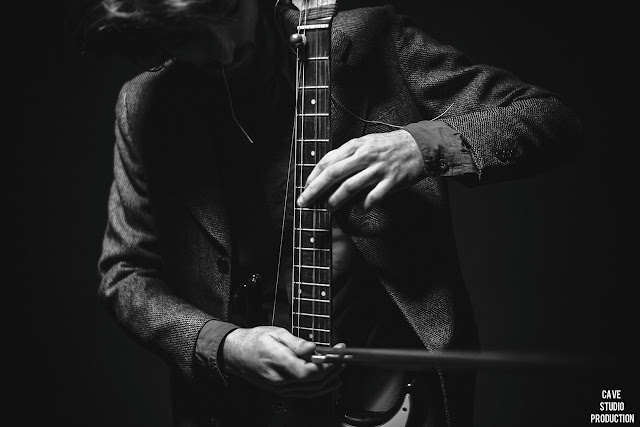 He has founded landEscape, an  audiovisual and experimental research festival in Sicilia, now in his second edition 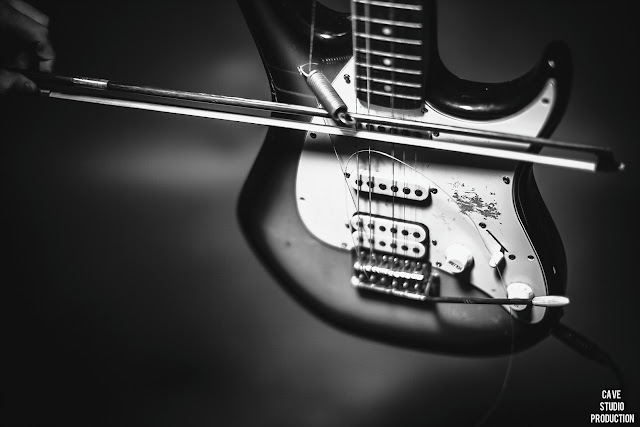 I remember the special care about the artificial sounds kindle the desire to seek them, understand their role and keep them in a mind map.

I think my first approach was listening techno music by Detroit and Velvet Underground & Nico.

Now, I don't remember my first purchase,  maybe a record by Pearl Jam or Q.o.t.s.a. but I remember it was a great thrill and since i don't not stop buying. I think my last purchase is The Catastrophist by Tortoise

I don't have a true routine. I like lost my self to arpeggios my acoustic guitar or electric guitar. Two or three hours every day.

One of my work are more tied it "drops". It's a collection of songs that I recorded at different times and contains many moments of my musical birth.

The magnitude and variability of the sounds are an integral part of the musical structures.  About the theory of the technique of shadow boxing. This project timbre research and alteration of the instrument sound, with various found objects and improvised composition, for a fusion of ambient sounds. is an unusual practice, I think we tend to be very close to the Dada conceptions

Music is all that remain

A few years ago I contacted on fb Sean Meadows of June of 44 asked if he had time to realize remote collaboration  for a experimental frame songs. He replied that perhaps he could put on some idea. When he refused, saying they did not feel at ease to work at a distance.

I think that one of benefit  is experience art forms that comprise assembly  disciplines to practiced hundreds year ago. The challenge to bring  with innovation and the new technologies into the new digital millennium

I'm a investigator in the field of music research, sound and noise. I think to be continuous search for it in its many forms of its mechanisms and its extensions.

These disciplines can be included in the complex of the humanities that form us as intelligent men.
Art plays a central role in this. Today I can say to be linked to different forms of art like painting in which I find relief and refuge in times of absolute freedom of expression

It is the pleasure of extended or turn the sound of instrument,  "metamorphosis" at your leisure.  Limit is a border you can pass on having mastered of instrument

DISPLASIA it is what a care.
The collaboration with Francesco Calandrino teach me to much and take me important lessons about the radical improvisation and experimental music. The sound is very hard and fraught with suggestions and temporal vortex. 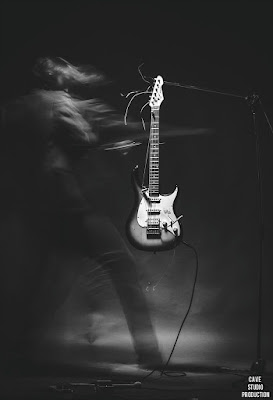