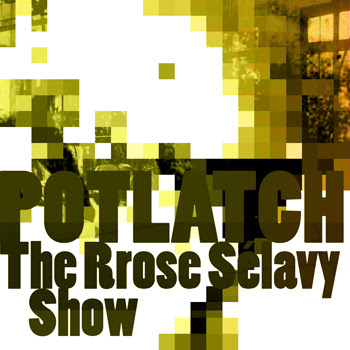 Recorded live in May,11, 2007 by Pedro Castello Lopes at Cefalópode, Produced by António Chaparreiro, Executive production by Potlatch.

Potlatch / Rrose Sélavy:
The name of this group is a program in itself. Its mere mention transcends the performative aspect of a ritual through music – several other dimensions of human life are implied, be it spiritual or material (traditionally as in present days, the distribution of food and wealth). The original purpose of the Potlatch ceremonies among the indigenous peoples in both Americas is regulative – its festive nature may seem spontaneous, but the finality is to give some kind of order to the social functions inside a community and to rule the relationships between tribes, namely establishing a conduct for the trade of products. 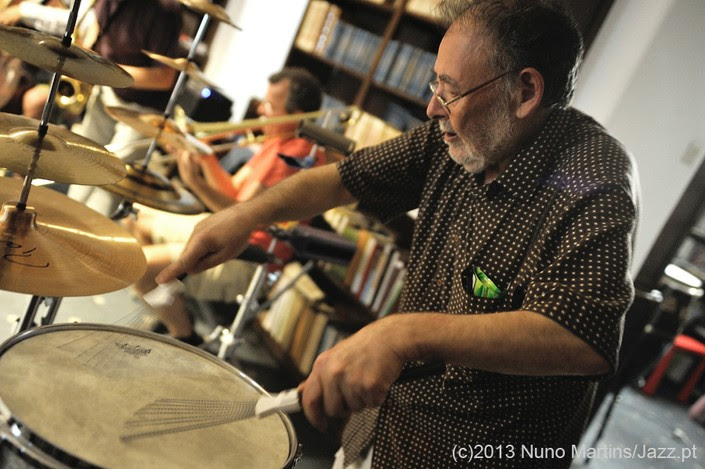 This non-linear and not very evident connection between “government” proceedings and entertainment fascinated many intellectuals of the First World, like Claude Lévy-Strauss and Georges Bataille, and has been an inspiration for the avant-garde arts since the Fifties and the first adoptions of its principles by the Lettrists. It comes from the times when societies had no State services and when communal parties with dances, games and banquets were the only occasions to normalize collective existence. This – the return to a society without the State – is an old aspiration for the Anarchists of every tendency since the 19th century. It is with no wonder that we find a Libertarian music like Free Jazz declaring an interest for that scenario. 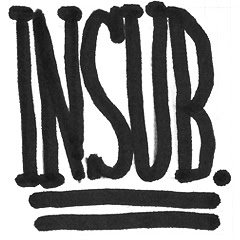 Potlatch, the band, was formed by percussionist and object manipulator Monsieur Trinité, a Dada and Situationist motivated sound artist. His contributions to Portuguese improvisation go far – he played in Carlos Zíngaro’s group Plexus during the Seventies and worked for many years with trumpeter Sei Miguel, besides being one of the regular members of Ernesto Rodrigues’ Variable Geometry Orchestra. All the other improvisers in this live recording – except for guest singer Olympia Boule and drummer Luís Desirat – make usual appearances in VGO concerts.

Soprano saxophonist and flutist Jorge Lampreia was also with Plexus in the Eighties, and Desirat had in those years a duo with one of today’s main sax players in the free bop scene, Rodrigo Amado. The intent of the nonet in this appearance (guest Abdul Moimême replacing trombonist Marcello Maggi on tenor and alto saxophones) has something to do with the likes of the Art Ensemble of Chicago and the Sun Ra Arkestra, namely in the ritualistic approach and the sound ambience. It is an organic, dense and boiling music, full of details but with drive and syncopation. Music to party to, to open consciousness and to liberate expression from fixed structures. Rrose Sélavy (a pun to “Eros, c’est la vie”), a transvestite alter-ego of artist Marcel Duchamp, as pictured by photographer Man Ray in 1921, is the motive of this recording.

Copy, share, burn, P2P, offer, thank you for that, but please keep the whole record complete with all its elements.