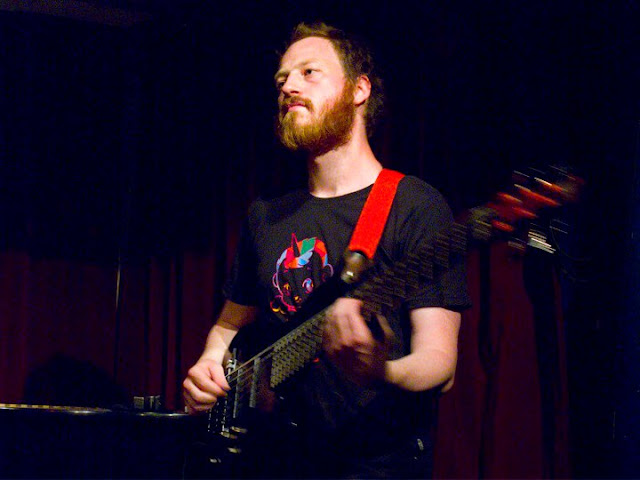 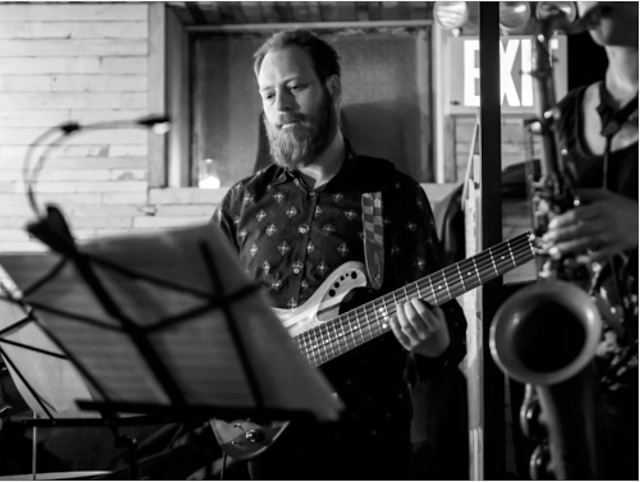 He is a member of a number of ensembles including his own group, Trot A Mouse with Tom Rainey, Ingrid Laubrock and Mat Maneri, world renowned drummer Jim Black's  group Smash and Grab with whom Jermyn will soon perform at The Village Vanguard, a collaborative trio with Allison Miller and Jerome Sabbagh, Howard Peach (with Lander Gyslelinck and Chris Speed), as well as his solo project of tape pieces entitled Spirit Spout, commissioned by the PRS for Music Foundation, IMC and Culture Ireland which featured a recent performance at the London Jazz Festival.

Simon regularly performs all around Europe and the States at festivals and clubs. 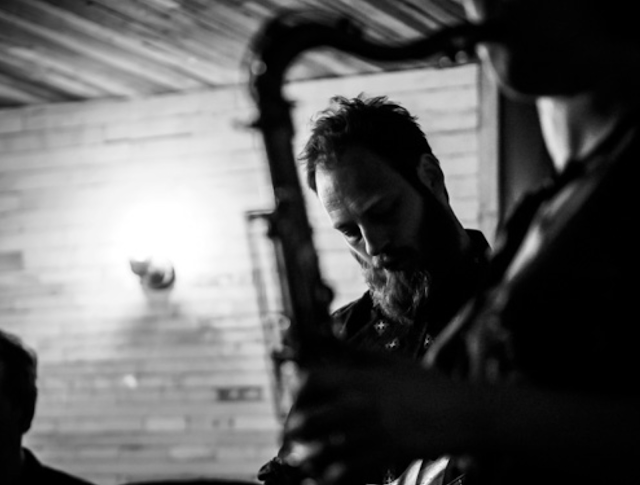 Of his most recent release entitled "Pictorial Atlas of Mammals" by his band Trot A Mouse, the Irish Times said


'Saxophonist Ingrid Laubrock, violist Mat Maneri and drummer Tom Rainey may not be troubling the top of the charts, but they represent the vanguard of American improvised music and, with records like this, Simon Jermyn is claiming a place among them.' 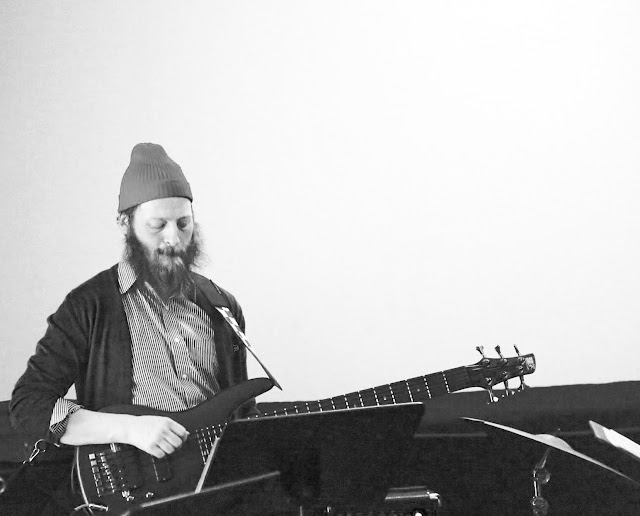 The most recent record I bought is a Simon Nabatov trio record called Tough Customer with Tom Rainey and Marc Helias and the first track from the new Cuong Vu Trio meets Pat Metheny record.

It changes depending on what is going on. I have some warm up / technical / sound / time stuff that I do a version of almost every time I practice. Often I am focused on learning peoples compositions for a gig. 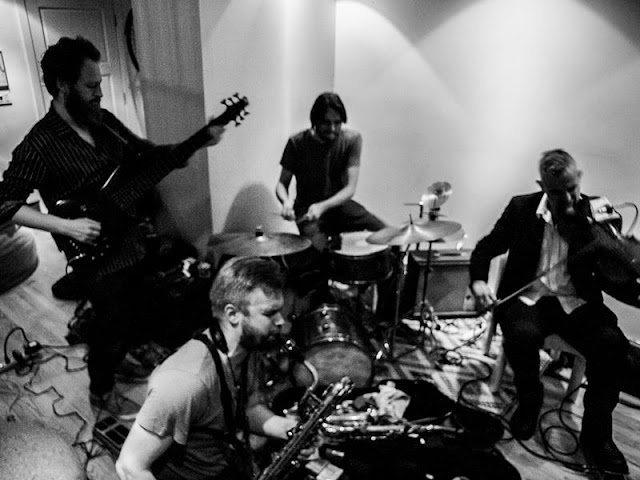 I think its relevance is to enable you to realize whatever your musical ideas are and to be able to deal with the musical challenges you encounter.

Thats a tough one. Something that is honest and personal but can change and be suprising ?!

It really depends. Sometimes its unbearable. I can't help but notice all the things I don't like in my own playing. Sometimes its great though , even weirdly moving. I guess to a greater or lesser extent we all take elements of our favorite musicians / musics and incorporate aspects of them in to our own playing, so it stands to reason that sometimes its enjoyable to hear oneself !

I started playing music when I was 7 and I can't really be certain about specific sound experiences before then. Since then however there have so many it's hard to know where to begin.....

Hearing Bulgarian Women's choirs both on record and live on a trip to Bulgaria many years ago.

Well, they are not really secret but.... I like books…..in recent years lots of Murakami, Dave Eggars… Heart of Darkness made me think about some things. So did Moby Dick even though I only read half of it. My parents are a huge influence. Religion. I like listening to birds. I got pretty in to boxing for a while.

I am pretty over the moon about the living artists / heroesI am collaborating with presently like playing in Jim Black's guitar quartet performing the Bagatelles of John Zorn for example. I have been able to play with a number of people that I have really looked up to for a long time since moving to NYC, not to mention all of my peers here.

If I had to pick somebody not alive though, I think Carlo Gesualdo would have been pretty interesting to collaborate with. So would John Dowland.

I think the same qualities mentioned in question number nine.

I just saw a rehearsal of the Messiaen's Turangalila-synphonie with the NY Phil with Yuja Wang on piano conducted by Esa-Pekka Salonen and that certainly attracted my attention.

I lead a band called Trot A Mouse with Mat Maneri on viola, Ingrid Laubrock on tenor sax and Tom Rainey on drums. We released an album called Pictorial Atlas of Mammals a few months ago on Chris Speed's label, Skirl records, so that is important to me. 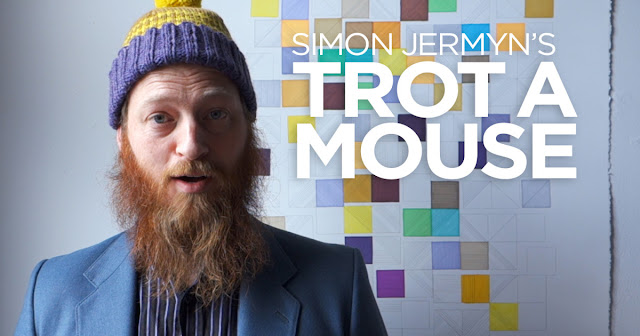 I also recently completed a solo tour that came out of several months of work. I was the recipient of a PRS For Music grant that enabled me to commission 3 composers to write tape pieces for me to perform solo, on either 6 string electric bass or guitar. The project is called Spirit Spout and there will hopefully be a record soon.

Aside from those things I have been enjoying playing lots of sideman gigs with various bands. 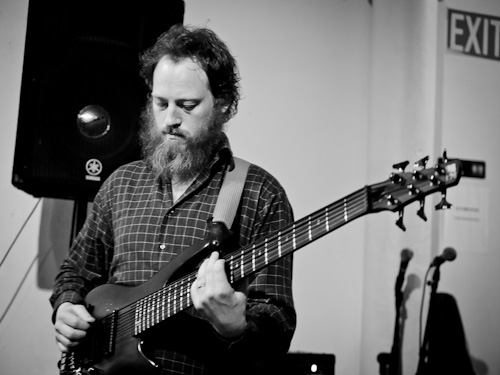 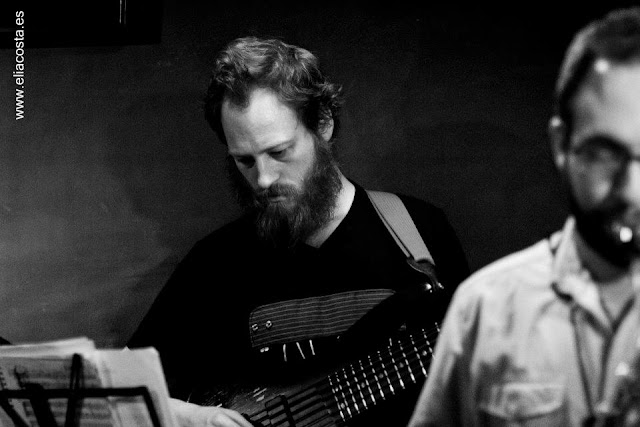