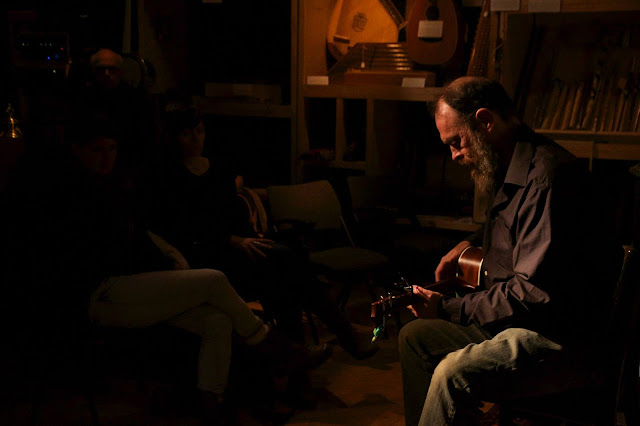 As a professional guitarist in Toronto, Canada for over 30 years, guitarist/vocalist /improviser and strings player Michael Keith has worked in numerous musical environments. Most notably as a blues singer/guitarist as well as in the area of free improvisation. Michael’s drive to reinvent and expand his expressive vocabulary has led him to private studies in traditional Chinese and Persian music, which have given him many opportunities to collaborate with artists far beyond his blues and rock foundations. 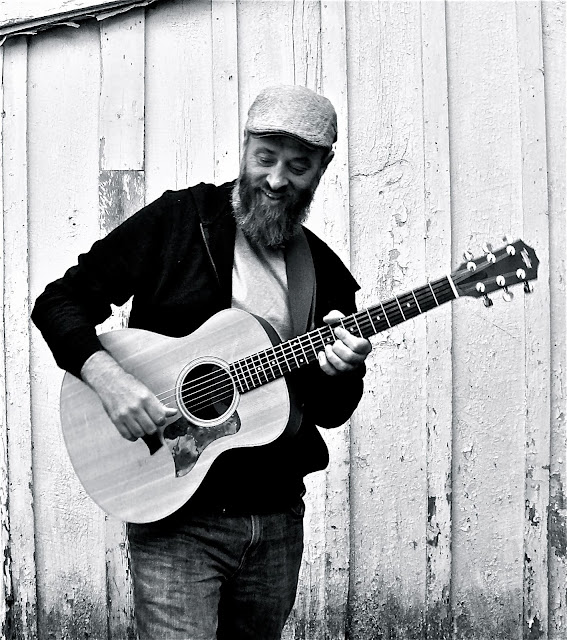 Arcanum Verba were recorded during the summer of 2015 on 3 string guitar. This album is deeply inspired by the players and music of the 2 and 3 string instruments of Iran, other parts of the Middle East and Central Asia. The pieces are played on a modified baritone ukulele with 3 strings. He has been working with this instrument for about 6 years. It is a response to a number of traditional instruments and their music combined with his history not only as a blues and experimental guitarist, but also as a soul travelling through the human experience. 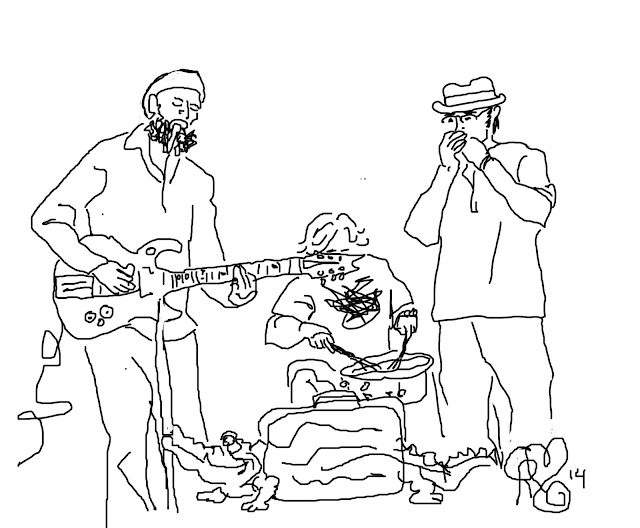 He discovered the music of Ostad Elahi (Nur Ali) early in 2001 and found his heart had awakened in a completely new way:


I still find it difficult to explain why I am so attracted to the tanbour and Ostad Elahi's playing in particular. Although I tried, I struggled to find ways of letting this divine inspiration move through my own music. Eventually I found myself improvising on a baritone ukulele in a similar style. It came quite naturally it seemed. When I purchased an actual tanbour I still found myself going back to the ukulele. The baritone ukulele is larger then a regular ukulele, almost like a small guitar. I fooled around with the number of strings, tunings and other details until something finally clicked.
It feels like the traditional instrument for the world of music that exists in my head and heart and I feel at home with it.

The music on the recording is culled from a number of improvisations based on a number of melodies or motifs that he has begun to catalog in a type of tablature he created for this instrument. 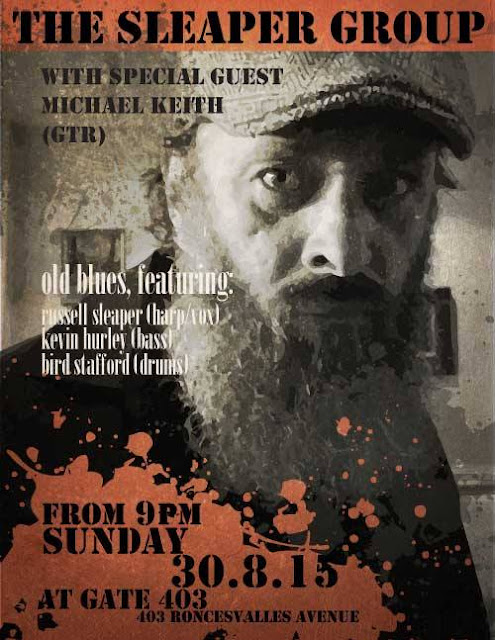 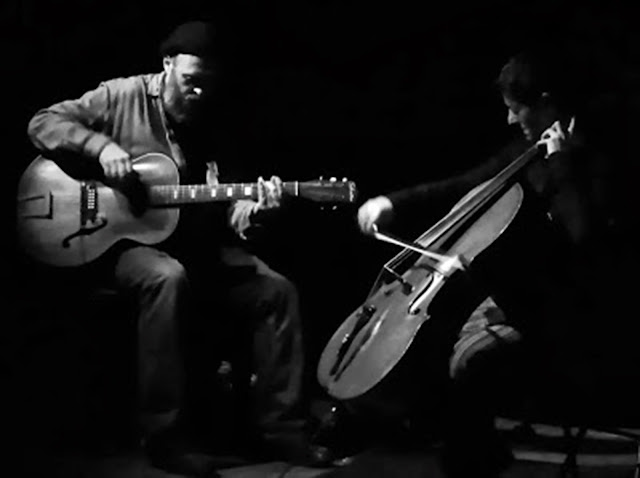 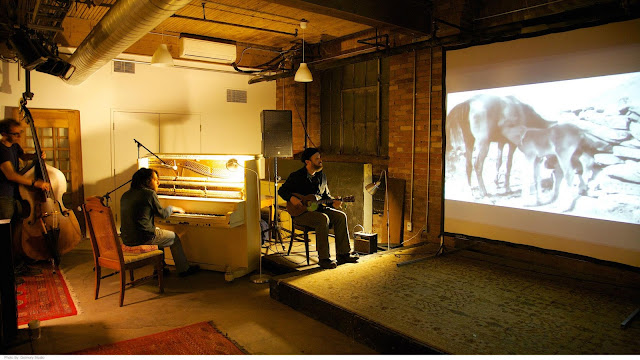 MK: I bought Love Gun by Kiss. it was my first album purchase. I still have it. My last purchase was Music for the mind featuring the music of Ostad Elahi

I have never really "practiced". I just play and try to get to a point where i am in a deep place and all time and things outside of what im doing cease to exist.

Technique is individual. I utilize things that i need to play the music I want to hear. Some things I hear seem to be based only in technique. This is not music to me. Some people have very very little technique and the music is rich, authentic and beautiful. When I was younger I wanted to be super fast but I realized eventually that it was not really important to me. Conveying emotion in an honest and earnest way is vital for me.

It's easy to get your music out there and available at this time in music history. That's exciting to me because I like to share what I do. There is so much out there though that it's becoming a challenge to stand out and have people actually listen.

I am after a sound in my head always. At this point it lies somewhere between the simplicity of the earliest, most primitive music I can conceive of and the most risk taking unheard of sound I can imagine. Wow, that makes no sense.

What special or unusual techniques do you use?

I try to push into unchartered territory everytime I play. I play alot of 3 string ukulele these days and have borrowed many technique ideas from other stringed instruments like tanbour, dotar, ngoni.

The strings touch the fingers and the sound is right there. it's a beautiful thing. There is no limit really.

The first time I heard my friend play a power chord on the electric guitar with distortion was about as magical a thing as I could imagine. I was about 12 years old.

In about 2001 I heard a recording by Ostad Elahi, a tanbour player from Iran. He was a judge and a highly respected spiritual figure. He never performed. He played only to connect with the divine and in gatherings of friends to do the same. His playing was rooted in a tradition but he moved very far past that. Improvisation was a big part of his music. He truly made a connection with music on a level that precious few artists get to experience I believe. Luckily some family members recorded some of his playing sessions.

My roots, I believe, lie deep in a sense of belonging to something greater. Music helps bring me closer to the unnameable. it allows my spirit to move far beyond the physical restraints of my body. I am deeply inspired by the divine spirit which I see at work in many things beyond music. I am a fan of abstract, new, improvised, hybridized and experimental art in various mediums and do not require it to be done by anyone of name.

I would have loved to sit and listen to the master Nur Ali Elahi play tanbour. My collaboration would be my ears.

I play cheap electric guitars that I don't worry about damaging. I have a few customized 3 string ukes. I also have some instruments from Iran and Central Asia.

I am trying to catalog my melodies for 3 string guitar in a type of tablature I have devised specifically for my instruments.
The hybridization of different musics from around the planet is appealing to me so I continue to work in that direction. 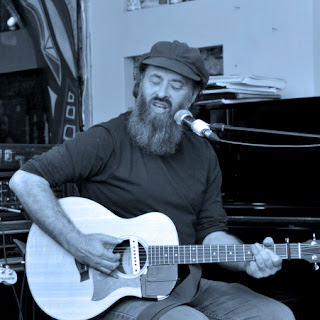