You can find guitarist Pete O'Connell in Cuba street, Wellington, New Zealand or in Ferrara, Italy, or in Paris streets, playing his Rhysonic Motor Guitar. A prepared acoustic guitar hammered with a wheel. He has developed it as a Spinning Wheel of Song: a duchampian wheel, inspired by the bicycle rays, that turns striking the guitar’s strings setting a rhythm and thanks to that the artist proposes the melody. Pete is Canadian by birth, from Ottawa, but he’s a globetrotter: he travelled from Kyoto to Buenos Aires, from Europe to Sahara desert, as far as New Zealand, where he lives nowadays. His musical design is an astonishing guitar street sound experience. 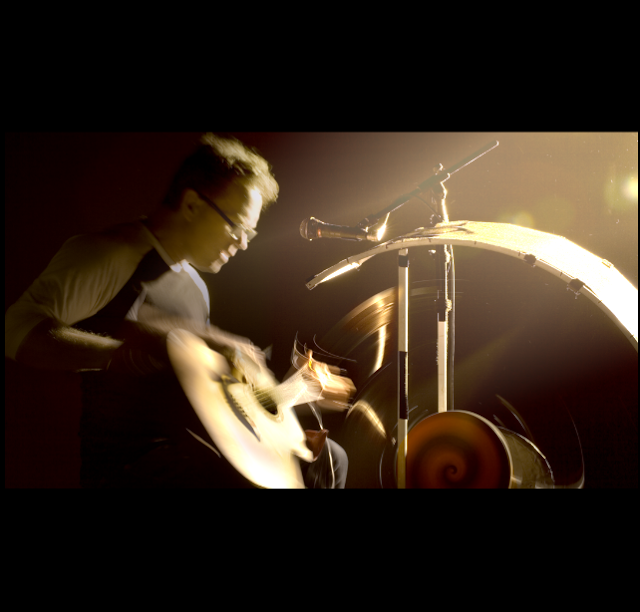 I was born during the airing of the final episode of The Fugitive TV series. "It's all your fault I missed the finale of my favorite show!" my mom would say. I grew up on a street of townhouses in the suburbs of Ottawa Canada. In the summer I'd play with stp toy race cars with my buddy Phil and in the winter I'd build snowforts in the mounds of snow on either side of our driveway. When I was eight I started taking piano lessons. 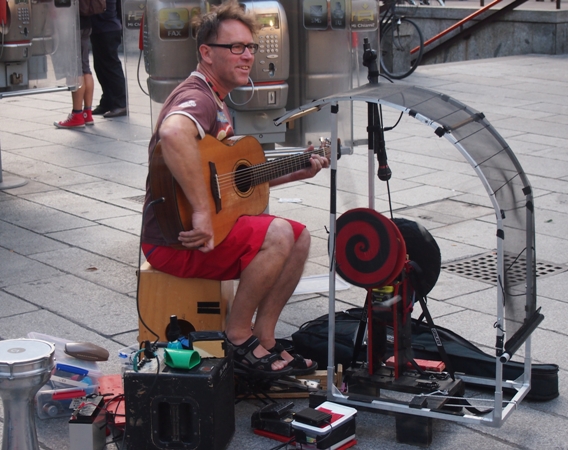 I think my brain got wired for piano early on. When I started learning guitar as a teenager, although I really liked it, it always felt like a second language compared to the piano. I never took guitar lessons or learned any chords from books. I remember sitting in church one Saturday evening and thinking, "OK if a guitar is usually tuned EADGBE and each fret is a semitone, then I could make a G chord by..." And that is how I learned my basic chords. I think my lack of proper guitar technique played a big part in me inventing the rhysonic wheel.

Is the Rhysonic Wheel your own idea?

Yes. I got the idea for this instrument, initially, remembering back to when I was a kid and I would ride my with a hockey card attached to the front fork with a clothespin and I was thinking about what a nice sound it made rattling in the spokes and that got me thinking it would be neat to use a bycicle wheel as a musical instrument.

Then I had this really clear image in my head of me performing on Dam square in Amsterdam on a bicycle with its back wheel propped up and me pedaling the bike and the back wheel was making music by hitting percussion or something. So from there, over the past few years, (and after many nights (and failed attempts) in the workshop it has developed into the rhysonic wheel.


The best musical experience in your life

Bossa Nova and Samba. I am always blown away by brazilian musicians. I am fascinated how much musical complexity they get out of such basic instruments like the pandeiro for example. I am a big Jobim fanatic too. I can't get tired of listening to his stuff.

What would you desire from music?

I strive for music to put me in the moment. It is meditation. I play my best when I am not thinking about anything except the music. Music for me is also adventure. I view myself as a street musician. When I go play on the street I always come home with an interesting story of the experience.


Where are your real roots? Tom Waits: my home is anyway I lay my head

I feel most at home when I am on the road. If I could I would be perpetually on tour with a few weeks off in India or Brazil here and there. 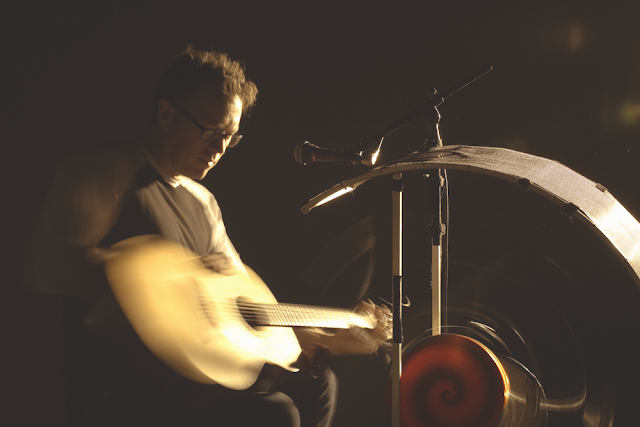 I don't think the street is like an auditorium. You have to win over the passing public everytime and that dynamic is very different from a seated audience.


Why do you prefer your guitar, in difference with a normal one?

It is not so much that I prefer it, it is that when I play guitar with normal technique, I am not getting the variety of sounds that I hear in my head. Also what I really love about the rhysonic wheel is that I keep discovering new sounds, not only for guitar but for any percussive instrument. 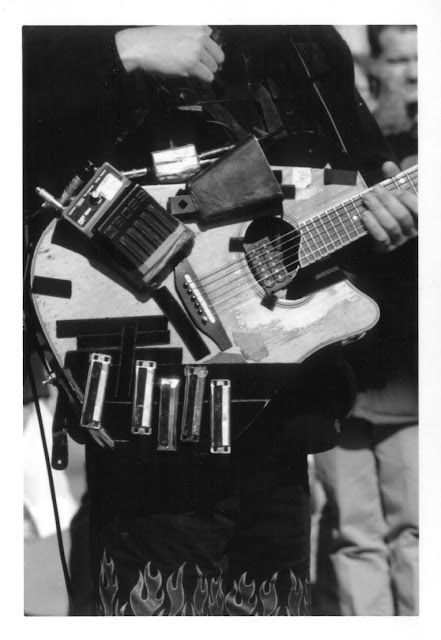 My trusty street guitar circa 1999
One dream:

Performing a variation on the rhysonic wheel with a group of people all playing different instruments off of it in a row. 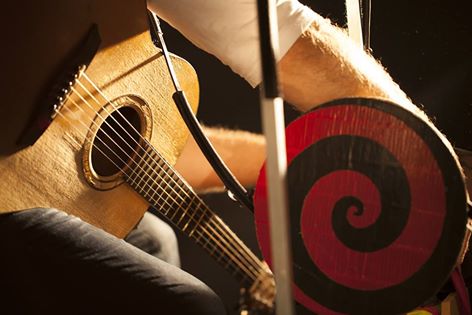 Gift me one musical recommendation


and one advice your remember from anybody:

"Always go for sound". I am not sure if I heard this somewhere or if I made it up myself. Here is an example. You are just about to start a show when you realize you need a 9v battery, you can do the show without the 9v battery but you won't be able to use your wha pedal in that special song. So you have to choose do you delay the show 15 minutes and go get the battery or do you do without the wha?

When I am in a situation like this I say to myself. "Always go for sound" and I go get the battery delaying the show. If it is a great performance that's what people will remember including you.

Some places you have slept:

Under a cardboard box propped up against a church wall in Paris.
On some scaffolding outside the train station in Rome.
On an shockingly shockless overnight bus from Goa to Hampi, India.
In a school yard in London somewhere at the end of one of the tube lines.
Inside a half finished building in a Swiss ski resort in front of a hot air pipe.
In the beautiful dark vastness of the sahara desert in southern Algeria.
In my nice warm bed in Wellington, NZ. 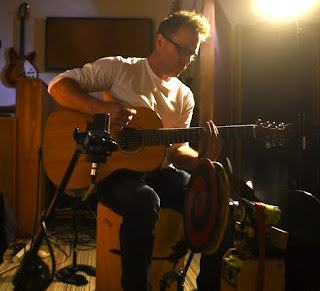