Kim Gordon has been an undeniable force of independent music for three decades. In addition to serving as founding member, vocalist, instrumentalist, and songwriter for the highly-acclaimed alternative rock band Sonic Youth, Gordon has gained widespread renown as a visual artist, record producer, video director, fashion designer, and actress. She has worked with a wide range of collaborators including Ikue Mori, Lydia Lunch, Yoko Ono, Raymond Pettibon, Courtney Love, Chris Corsano, and Bill Nace as the electric guitar duo Body/Head, who last appeared at ISSUE in 2013. This year saw the release of a series of Gordon’s writings on art and music, Is It My Body? (Sternberg, 2014). 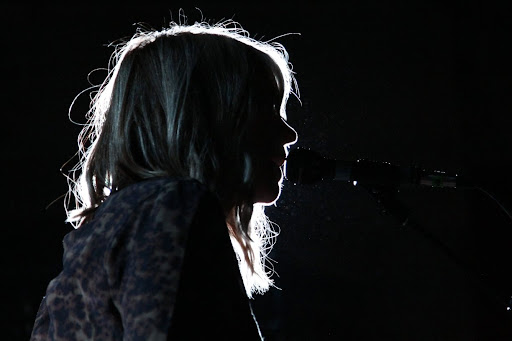 Brooklyn-based guitarist Loren Connors was born in New Haven, Connecticut in 1949. Best known as a composer and improviser, Connors has issued over 50 guitar records on his own imprints (Daggett, St. Joan, Black Label) since the late 1970s and over two dozen on other labels across the globe. He has recorded under the names Guitar Roberts, Loren Mattei, Loren MazzaCane Connors and other variations. Connors' singular adaptation of the blues is a distinct personal vision combining the Delta bottleneck sound and the ancestral blues voice (appearing as distortion, baying hounds or multi-tracked guitar), with hauntingly unexpected sounds. Outside of Connors' three decades of solo work, he has collaborated with Suzanne Langille, Jim O'Rourke, Darin Gray, Alan Licht, Christina Carter, Keiji Haino, San Agustin, Jandek and many others, as well as leading the group Haunted House.