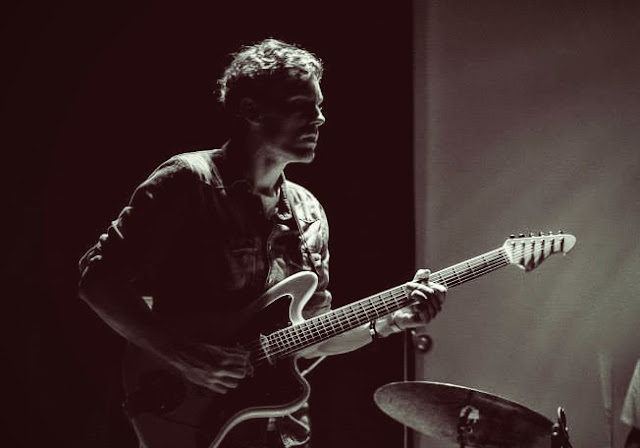 Stephan Meidell (Kristiansand, 1982) guitarist, musician and composer working out of Bergen, Norway, with a dedicated focus on improvisation and sound. He mainly uses guitar and bass together with preparations, electronics and amplifiers in both sound sculpting, jazz, progressive kraut rock, noise rock and electro acoustic music. Later works also involve synthesizer and drum machine, and programming in Max/MSP. 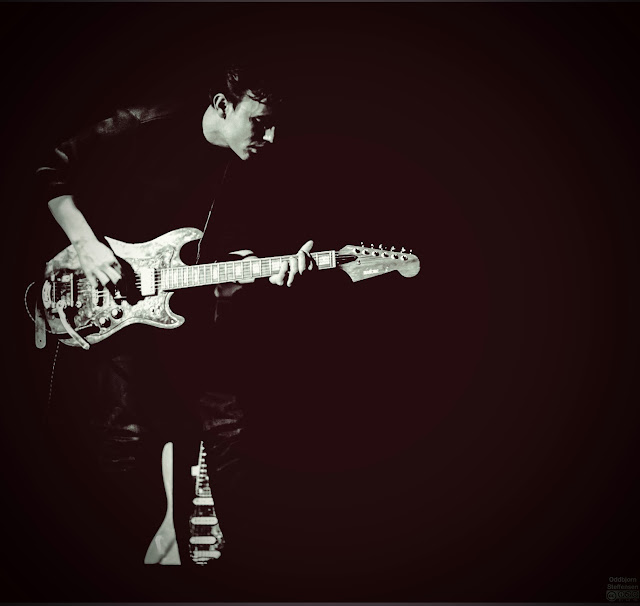 Stephan has a background in jazz, from the Conservatory in Amsterdam (2004-2008), and he has gradually moved from a more conventional jazz-idiom to music of many genres, where the key element is improvisation and extensive sound research. 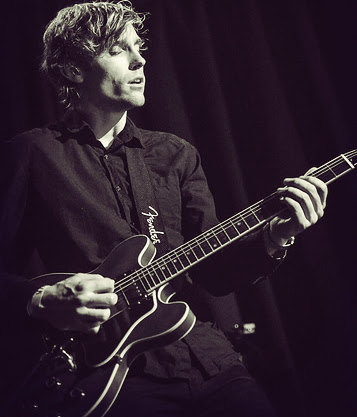 Quoting All About Jazz he's "in the same league of other Norwegian guitarists as Eivind Aarset and Stian Westerhus who redefined and re-conceptualized the role of the electric guitar. "
He's also a music critic and curator for new and experimental music. 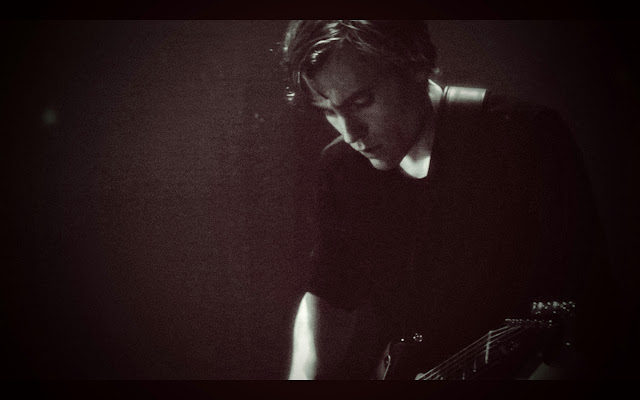 I remember playing and testing out things on my grandparent's piano when I was around five or six, thinking that I was making amazing music, but nobody seemed to care. Haha, I guess it only sounded good to my ears!

It differs from day to day, and project to project. Playing, production or sound research is basically what I do most of the time.
If I'm not touring I spend a lot of time behind a computer, synths or effects, testing out things, mixing music or fiddling with equipment. These days there's unfortunately not as much time spent playing my instrument, which I would like to do more. I really admire people who still practice the basics regularly every day. I guess electronics has become a natural extension of the guitar for me, although I still consider the guitar as my main instrument.

Helmut Lachenmann and Oslo Sinfonietta played in Bergen in June. That was amazing. I keep track of my latest experiences on my webpage under "latest kicks": "Lachenmann is a master in composing using extended techniques and textures in a way that truly makes sense, and tells a story. Be it for an ensemble or single performer. Amazing performance by Oslo Sinfonietta (and Lachenmann himself!). One of my favorite concerts – ever."

In terms of workmanship, I think it's an advantage when a musician or composer knows their terrain well. That doesn't necessarily mean technique in the traditional sense of scales and fine mechanics – happy accidents often occur if you try something you don't really master. But for the most part I think a good technique is important in order to get an organic and intuitive flow with what you do. In my opinion people who know their instrument well can bring their music to the next level, instead of just riffing on the stuff we've heard so many times before.

Music touches me in ways I cannot explain, and I'm addicted to that feeling. There's a rush that I can't get anywhere else. There are probably people who can live without music, but I've never met those people.

Being curious and daring to go away from their "safe-zone".

People start expecting to get music for free. That's my main concern. Besides that I think it's great that your music can be easily available to millions of people on the same day you release it.

If it's completely fresh I feel exhilarated, and look forward to shearing it. Later on I feel it's a thing of the past and not relevant anymore, and I tend to hear things I would've liked to change.

They're mostly used up by all the great experimental guitarplayers out there, I guess. Maybe the one I get most comments about is a mean delay setting where I can bring the amp to seemingly explode in a split second. Also I haven't seen the knitting needles I use anywhere else. They're great for a lot of different sounds.

The tangibility of the strings, being able to control and feel the tone so to speak. The limitation is that I'm constantly out of tune, and can't - despite my best efforts - make the sound go on for ever (without a pedal, fan or e-bow, and it's really not the same).


So far, it must be my commissioned work "Dialogues" which I did together with the visual artist Birk Nygaard. I wrote a 45 minute piece for synth, drum machine and guitar - where the computer is playing the synth and drum-machine through MIDI. Everything is on a clock, so it's all composed, except for a few places where I improvise on the guitar. 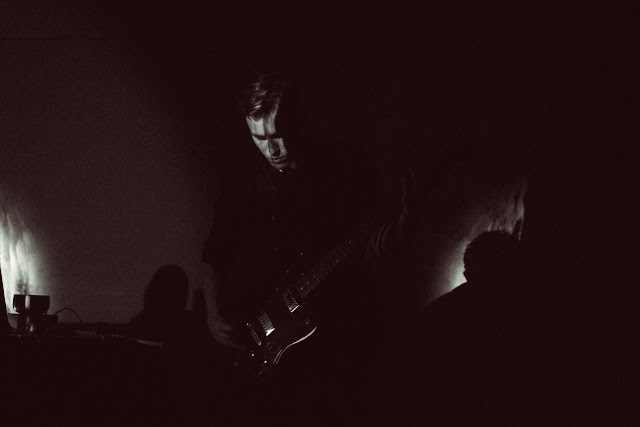 Five albums, two commissions and some concerts is what the next six months are about.

Right now I'm in Berlin for a three month residency, working on finishing records with Cakewalk, Krachmacher  and Velkro. I'm also writing music for my upcoming solo recording, which should be done by November. I'll be doing a commission in collaboration with the great collective Blank Blank Film while I'm here, using 16 mm projectors both visually and musically. Next year we'll release a record with a "new" duo called Strings & Timpani with drummer Øyvind Hegg-Lunde, which is actually the same constellation as The Sweetest Thrill, but quite different music. More experimental and less rock-oriented. I've also recorded, mixed and produced By The Waterhole's latest record, which will be out next year. It's awesome. 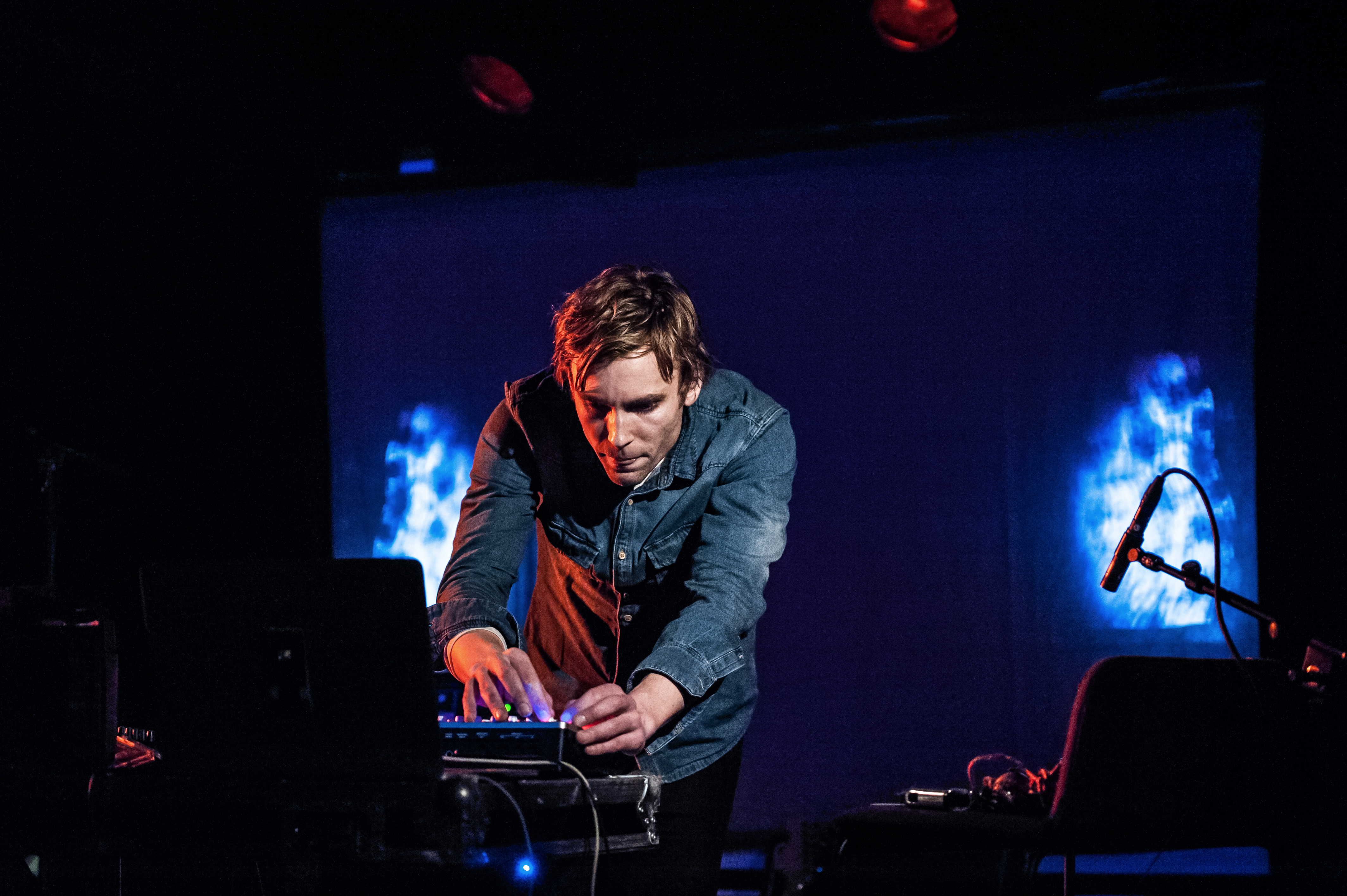 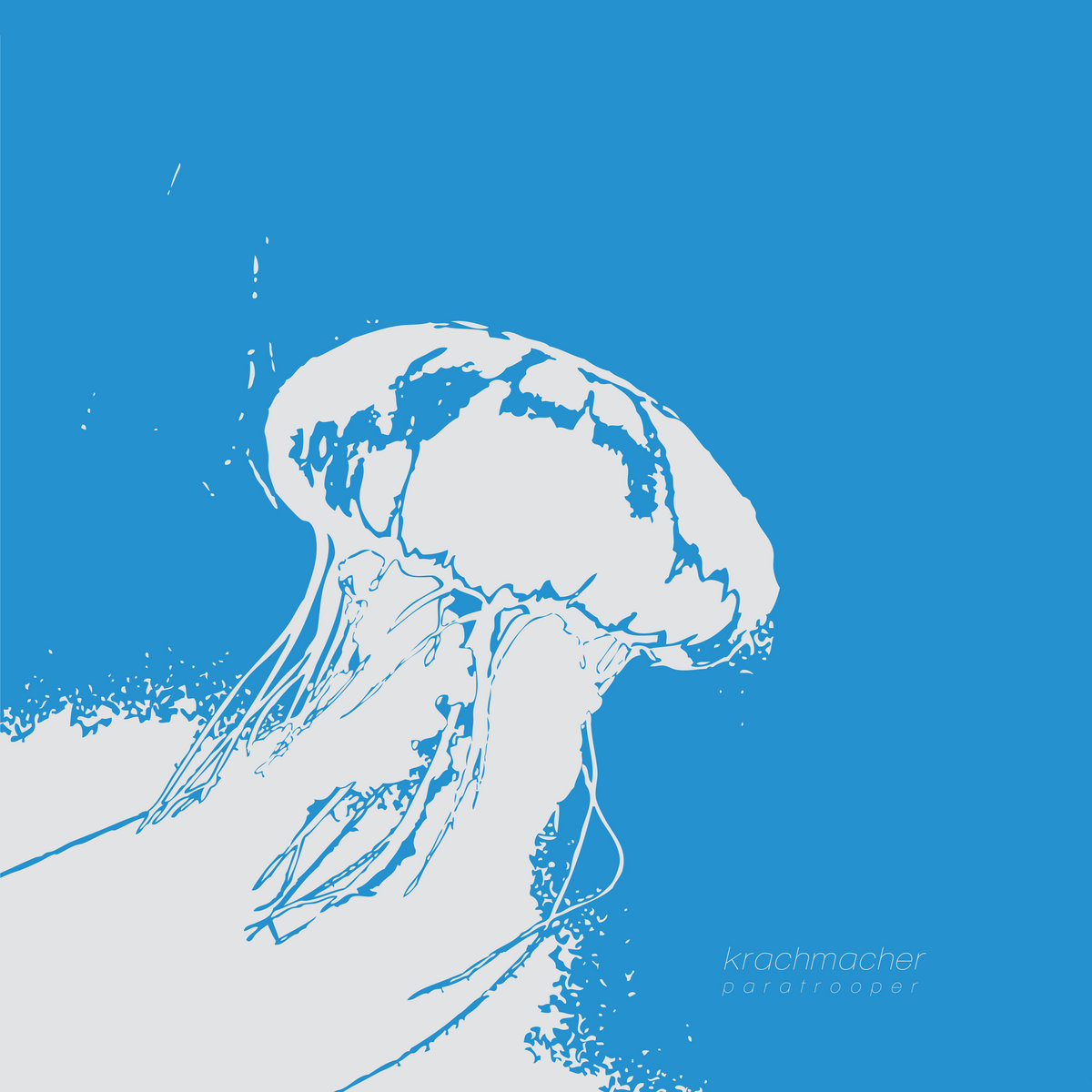 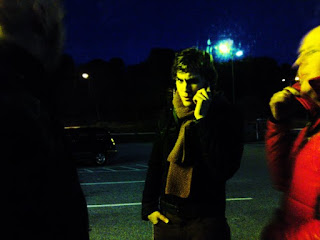 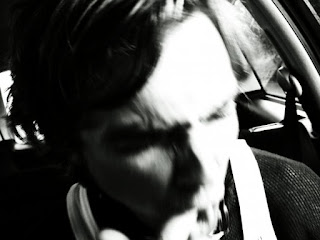