Robbie Basho The Seal of the Blue Lotus 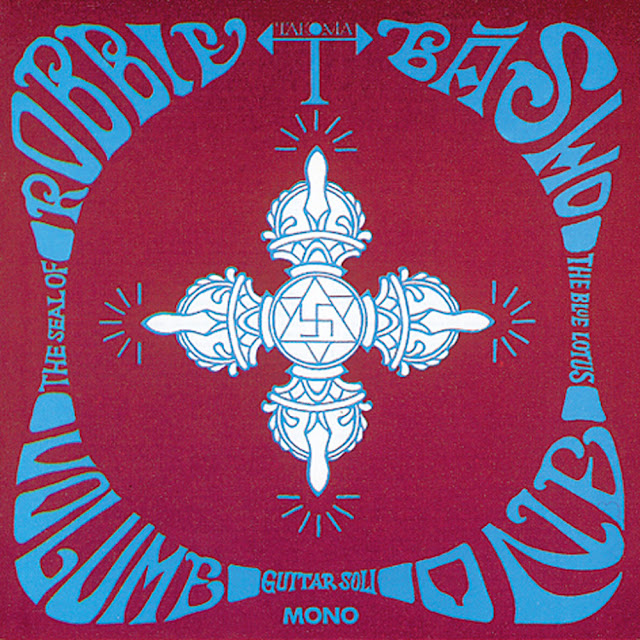 Originally released on John Fahey’s Takoma Records in 1965, The Seal of the Blue Lotus is the debut album from American guitar soli legend Robbie Basho. In college Basho immersed himself in the study of Asian art and culture, even changing his last name to that of the Japanese poet Matsuo Basho, and his music shows a much greater Eastern influence than contemporaries like John Fahey and Peter Lang. Basho was particularly entranced by the raga form which is apparent in classics like “Dravidian Sunday” from this album. 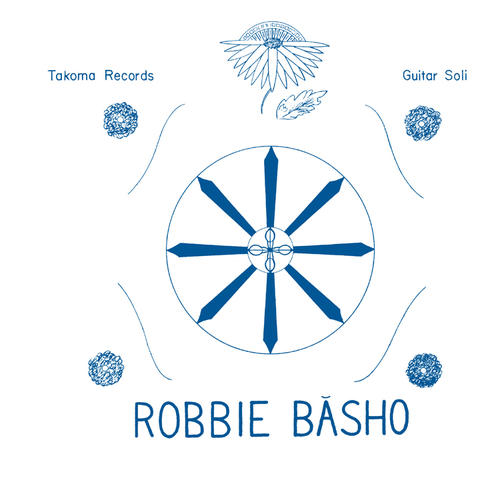 Trying to describe the music of Robbie Basho with tabulature and tunings is only half of the truth. The main thing is the vision to find the essence of cultures and places: the hue of nature's colors to paint with guitar and voice. Robbie's early compositions were often rough-hewn, long-winding gems full of expression and romantic visions and rooted in the new folk scene of the late 50s/ early 60s (Washington, Berkeley...).(He talked about creating “Zen-Buddhist-Cowboysongs”....) Along with his studies of flamenco techniques, blues, classical music, bluegrass, Oriental, American Indian and Hindu textures (the entire universe is potential), and his experiments to find alternative tunings to express a wide range of emotions and colors, he became one of the pioneers, besides John Fahey, of the contemporary steel-string guitar and the most important forerunner of the later New Age movement. 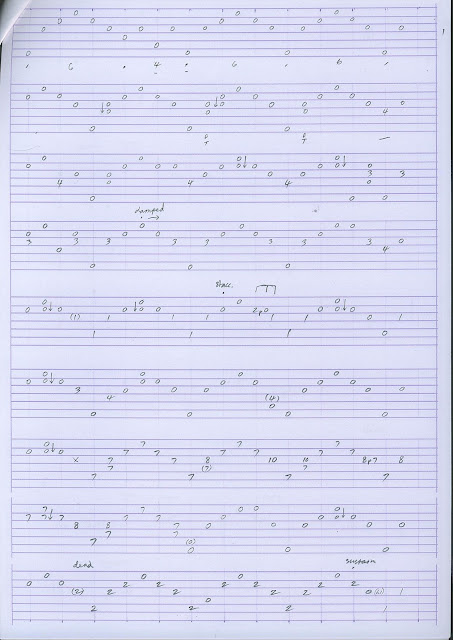 However, Robbie's music expresses more than contemplative beauty -it is dramatic art. With his simple philosophy "soul first -technique later", Robbie developed his own musical universe to marry the spirit and rhythms of Eastern philosophies with Western folk and classical approaches. His style was a study of various different playing techniques with very complex right-hand picking patterns (using the fingernails) and a great left-hand freedom, often working very linear up the neck.In his later years he claimed to use about 30 seperate tunings and various picking-styles.But his overriding interest was not to play a technical contest or sound exotic, but to broaden the dimensions of what we know as our own. 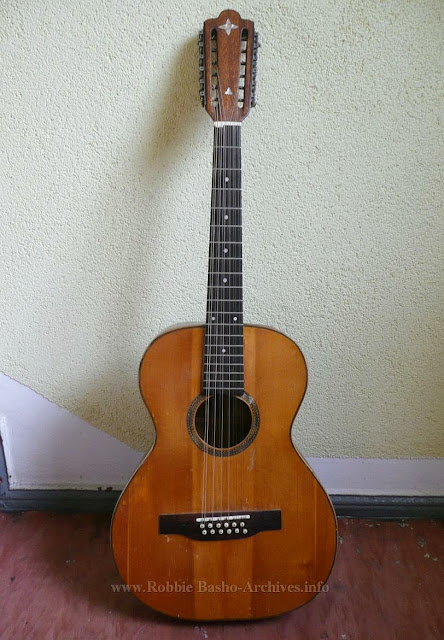 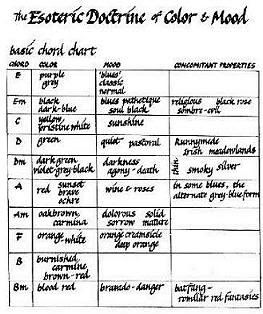 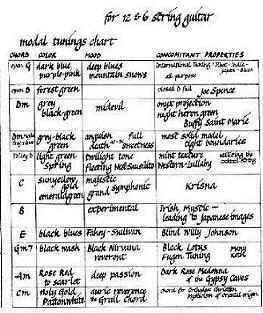 01. Bardo Blues – “An attempt at a musical rendering of the Tibetan Book of the Dead. It moves thru the beginning of death, subsequent limbo voyages, into rebirth. The voyage moves geographically from Africa to India to the Roof of the World, Tibet. The style is that of my old wandering. For the initial technique I am indebted to the master guitarist – Bruce Langhorn.”

02. Black Lotus – Hymn To Fugen – “A blackwash painting of tonalities in the realm of the Black Lotus. I am aided by wodden organ, drums and templebells. I am also very indebted to Allain Ribback on drone guitar. He made these pieces possible. Fugen is the Goddess of the Lotus Sutra, of Charity, of Gentleness. This is a hymn of deep spiritual passion rising and falling and finally rolling on the carpet of the clear with the aid of Sweet Bhikshu Bells.”

03. Dravidian Sunday – “Dravidian is an ancient race in India. The theme is poured out with Hindu flesh paints. Elephants of a Golden Age in Hindu history. From this beginning the piece is developed from that time era to the present North American continent and its sounds, exploring and remembering, climaxing and returning to where the clouds move away and birds chirp at that break of day so old and yet so young.”

04. Mountain Man’s Farewell – “Sometimes I feel the flavor of Cosmic Essences: the hue of nature colours; Moods given to the airs of music. In this piece and several others I enter what I call the Theatre of North American Taoism. This continent is new, the rocks are raw, the winds are sharp, the heart is rash and wild. The Taoistic Essence of China and Japan are aged with the mildness of human culture. Ours, being new bites like the persimmon to be aged to the taste of the universe. Standing on Lone Dark Mountain, overlooking all of North America, the raw echo of the Eagle Man, onto Bowel Mountain an, the Soul Heart of the men red and white who made the Mountain Man Ear, an Epic Picture whose bloodstrain is carried up to a Present of many soul-brothers. An echo of farewell and away into past Karma. The Snowstorm technique, a n innovation of mine is here used at its fullest.”

05. Sansara In Sweetness After Sandstorm – “It is done in D minor modial /Frog minor). Flowing naked into the beauty getting clobbered by a sandstorm and flowing out again.”

06. Seal Of The Blue Lotus – “The basic texture for this piece was taken from Ravi Shankar’s “Dhun in Musra Mund,” a raga invoking the Religious Springrasa Mood in Hindu Aesthetics. With this base I inject the Taoistic Taint of the Blue Lotus wich is a musical realm of my own. The guitar is tuned in the color blue, wich is standard Open G tuning with the 2nd and 4th strings dropped to a minor.” 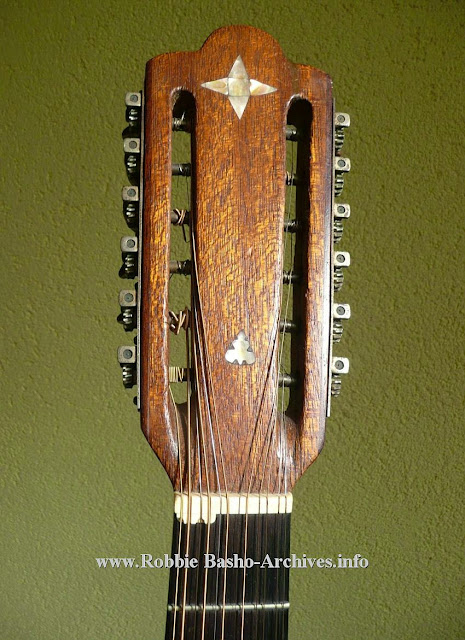