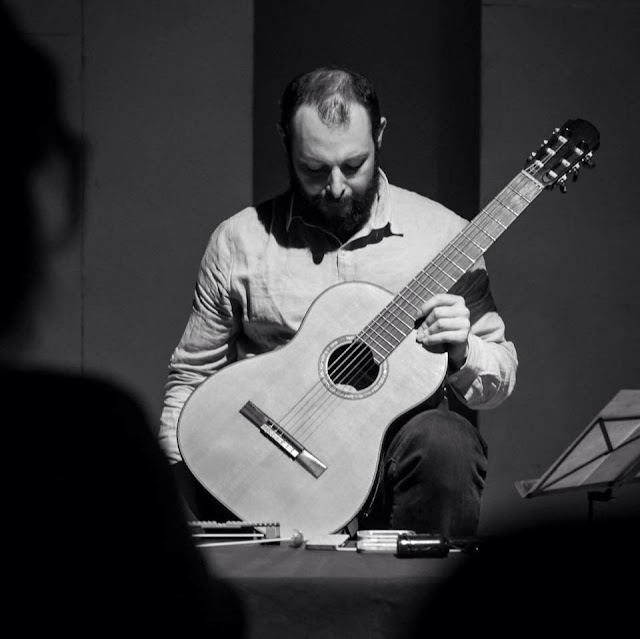 Cristián Alvear, Santiago de Chile based guitarist and musician dedicated to the performance, premiere and recording of new music. He serves as co-curator of the experimental music festival Relincha, in Valdivia, Chile. 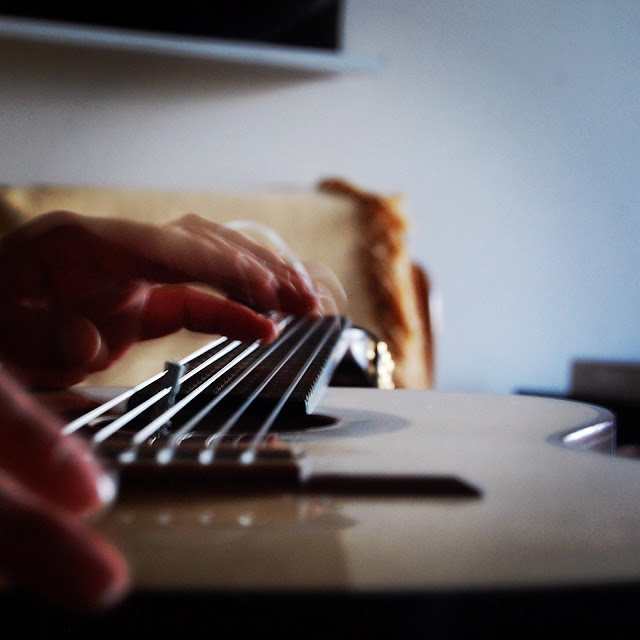 In 2000 he enters the music department and sonology of the Faculty of Arts of the University of Chile to develop his studies with Luis Orlandini where he titrated with highest distinction in 2008. Since the beginning of his career he has been constantly performing in the main auditoriums and concert halls of his country, as well as international festivals and concert venues. in recent years he has concentrated its efforts in performing educational concerts in rural areas of the los lagos region, in southern chile. 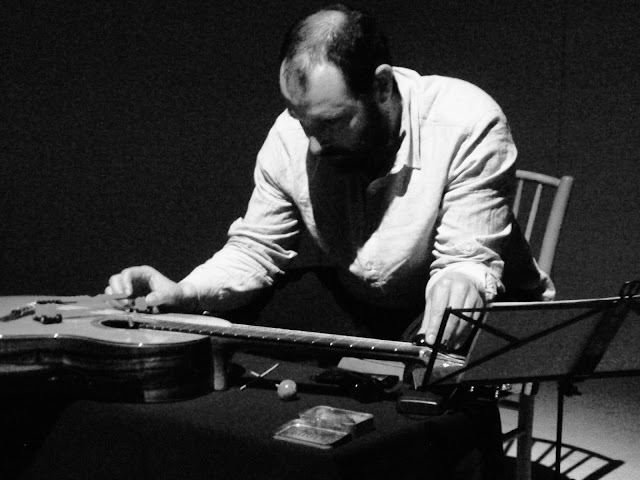 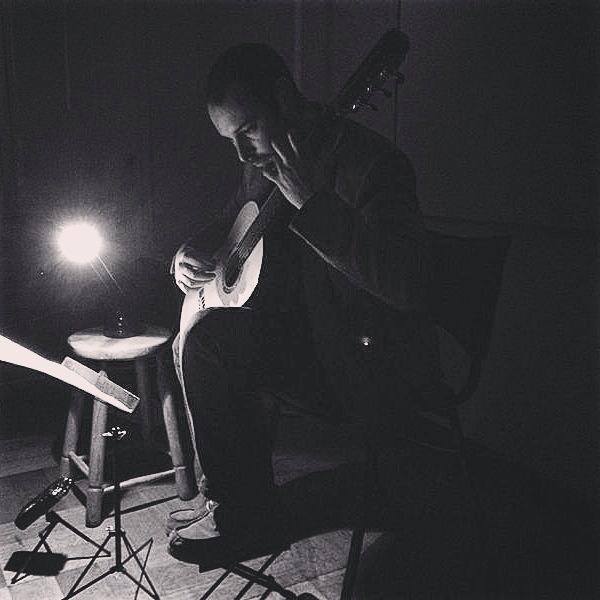 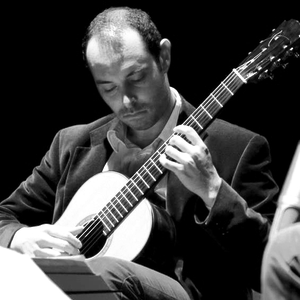 I recall hearing my father playing classical guitar when I was young. Then, at age 12, I asked my parents if I could take guitar lessons at the conservatory in Osorno, my hometown. I took lessons for a couple of years, playing classical guitar and electric guitar as well. At 16 I started taking classes with Mauricio Carrasco -an excellent musician and guitarist from Osorno who seasonally stayed in town. He was a determinant influence and learned a lot from him. After studying with him, I realized that I wanted to be a musician and decide to enter the conservatory of Universidad de Chile, in where I studied for eight years with Luis Orlandini.

I start early in the morning with one hour of technical exercises so I can be prepared and fit for what I’ll be studying during the day. After that, I play and rehearse for about 4 or 5 hours, not in a row of course. I do this everyday except for the weekends.  A vital part of the routine is to listen and analyze what I’m doing, so I’m constantly recording at home. This is a big part of the process since it allows me to be more precise and thorough with the potential outcome of the music I’m preparing.

The first record I remember buying was Metallica's And justice for all, I had it on cassette so when it came out on CD I instantly decided that I should have it. It’s still among my cd collection. As for the last one,  I bought  Bending Contumax by Jean-Luc Guionnet.

As much as if it’s a mean and not an end, I believe technique is fundamental. In fact, I consider myself a very technical guitar player. I guess that’s what stayed with me after so many years studying classical guitar. Approaching a new piece means for me that I must develop some specific way or technique to play it. I spend quite a lot time “solving” the technical part that arises while studying a piece so, after a lot of rehearsing, I can feel comfortable and at ease performing.

s a part of the study technique, I'm constantly recording and hearing many times what I'm doing. It's part of my process. I don’t hear my own work after it has been recorded and published.

In 2013, Santiago Astaburuaga composed pieza de escucha III for me as part of cycle of 5 pieces called piezas de escucha. This was the first I worked on a soloist piece written by Santiago. The score consists of a small text. It took me months to have a final version. Preparation took a lot of research, recordings and testing just to be able to have some structure for the piece and, at the end, the process ended up being one of the most significant musical experiences so far. As part of the research I decided to revisit all sounds of rain of my childhood: my mother’s house and my grandmother’s as well, my school, church, the square where I played with my friends, etc. As you can see, this is a very important piece for me. Detailed information is in the Master's thesis of Santiago.

What do you recall about  your playing learning process?

Playing guitar has never been easy for me, it has always taken me a lot of effort, so I have to be very consistent and study a lot. So from those conservatoire years I remember just that, working a lot.

Do not participate in guitar competitions, although it may go well for you, they are completely useless!

My guitar teacher in college always told me that the most important thing is to persevere and not stop searching, never stop challenging myself. It seems to me it’s a really good advice.

Since 2005 I use a classical guitar made by Italian luthier Gioachino Giussani.
In addition to it, I use some resonators and small appliances. Only that. I always try to use (and carry) the minimum.


What is the most recent musical experience that has attracted your attention?

This Thursday (April 28) Santiago Astaburuaga and Eden Carrasco premiered 'one, two or three in a piece for four' (2016) a stunning piece written by Santiago. Both are great musicians of the Chilean music scene.

These days I’m working on 'Appalachian Anatolia' (2015) written for me by D'incise, and also in 'un / Accompanied guitar' (2016) by Stefan Thut, both to be premiered in June during my Swiss tour. After that I’ll be recording 'Orienting Response' (2016) by Sarah Hennies for Mappa Recordings. I'm also working on a new project duo, yet unnamed, with Ryoko Akama. As for concerts in Chile, I’ll be premiering 'Hermit' by Ryoko Akama and 'Point / wave' by Cat Lamb, both pieces written for me. I hope also receive new pieces for guitar from Nick Hoffman, Joe Panzner, Seth Cluett and Richard Kammerman. 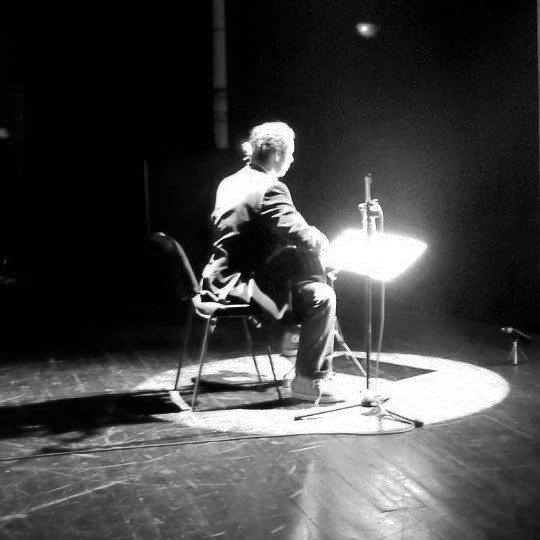 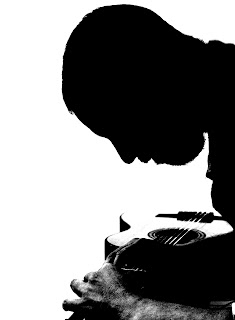